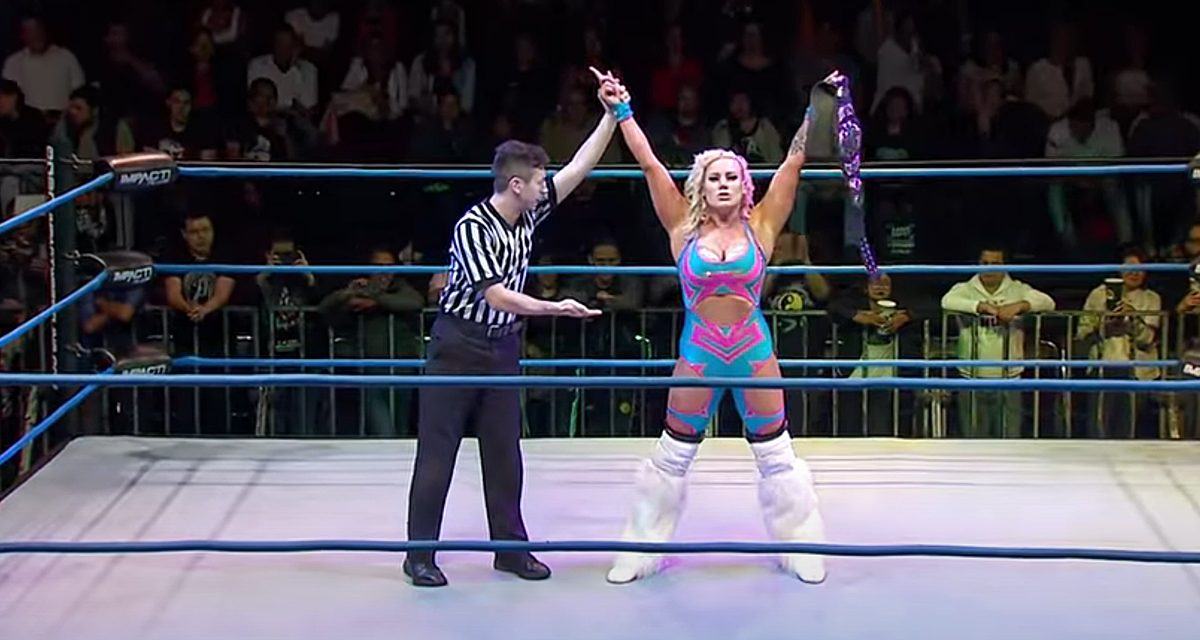 One of the true modern day cornerstones of Impact Wrestling is now a free agent.

Taya Valkyrie (Kira Renée Forster) has not renewed her contract and has parted ways with the promotion.

Taya had this short and sweet message about departure and also joked about being bailed out of jail as per her exit angle.

Taya wrapped up her time in Impact when she was revealed as the person who shot John E. Bravo on last night’s episode.

“My only regret I have is you didn’t die!” she shouted as she was arrested by two men with handcuffs chained to their belts and POLICE written across the backs of their dress shirts.

“I just wanted you to know that one of my biggest accomplishments here was having you as my friend and having you in my corner,” Taya told friend Rosemary as she was escorted out of the building.

Taya has continued to have fun with the storyline on Twitter.

Taya had been with Impact for four years debuting in 2017. During her time with the company she was the longest reigning Knockouts Champion holding the title 377 days. She won the championship at the Homecoming event on January 6, 2019 when she defeated Tessa Blanchard. She lost it to Jordynne Grace on an episode of Impact on January 18, 2020.

Taya was born and raised in British Columbia, Canada and is married to WWE superstar John Morrison.