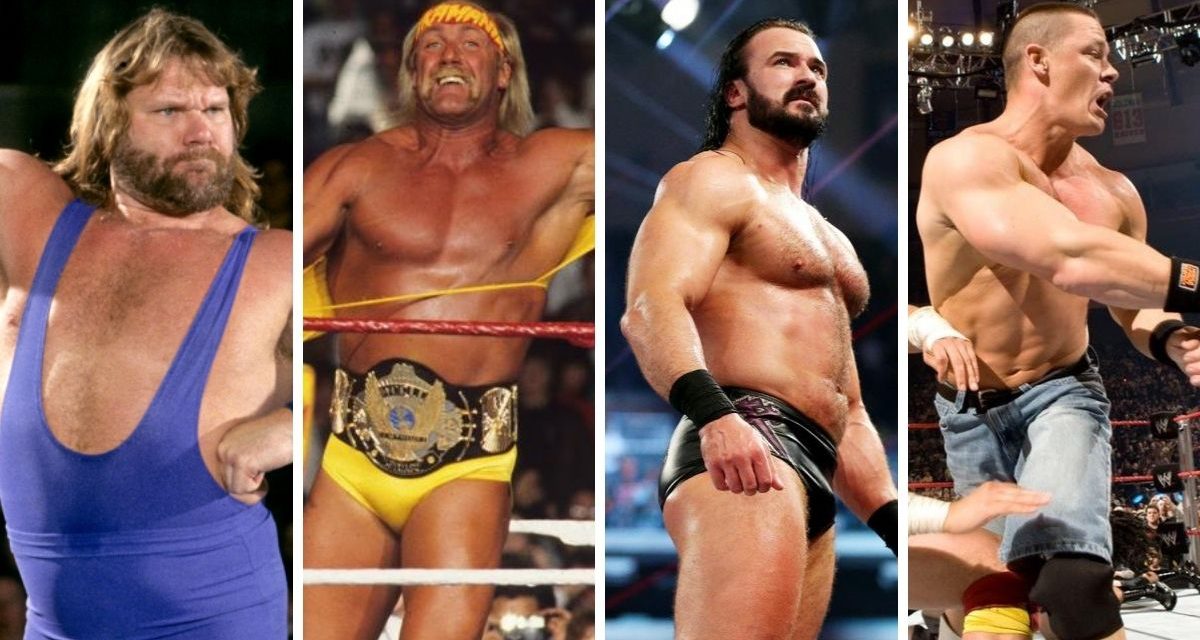 The Royal Rumble turns 34 this year and during its tenure as one of the WWE’s big four pay-per-views has given us so many classic moments. We take stock of the annual event that ushers in the road to WrestleMania by rating all of the men’s Rumble winners based on how many they have won, who they faced in the final four, when they entered and how many people they sent packing. Agree? Disagree? Make your opinion known in the comment section below. 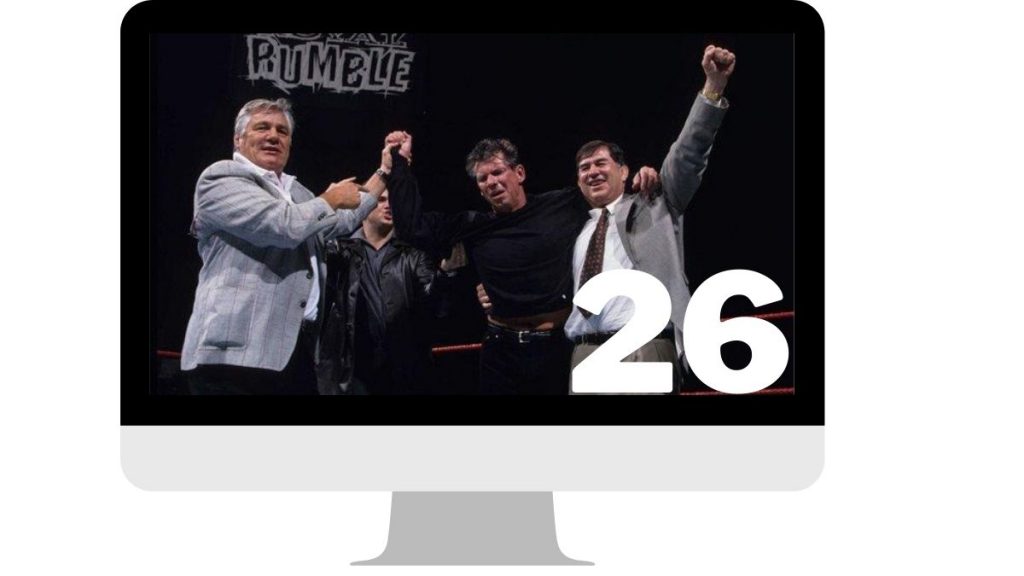 Vince McMahon – Royal Rumble 1999
He won it from the second position but booted only one person. He spent most of the match cruising around the arena and even took time out to do some commentary. He also got a lot of help from his cronies to survive. Come on, get real WWE. 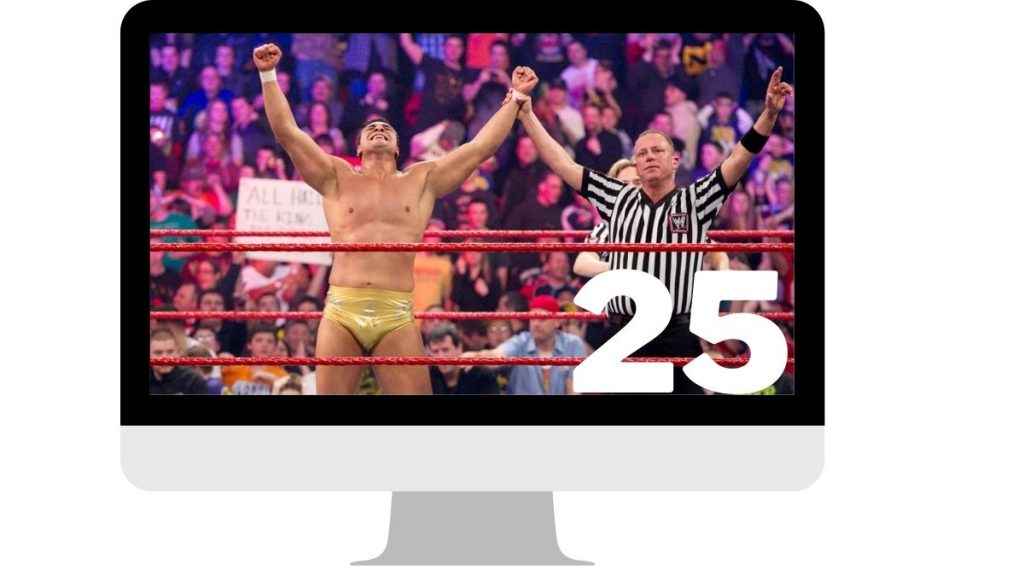 Alberto Del Rio – Royal Rumble 2011
At number 38, Del Rio had the odds stacked in his favour. He didn’t do much in this one besides fend off Randy Orton and beat a sneaky Santino Marella. His was not a very impressive win at all. 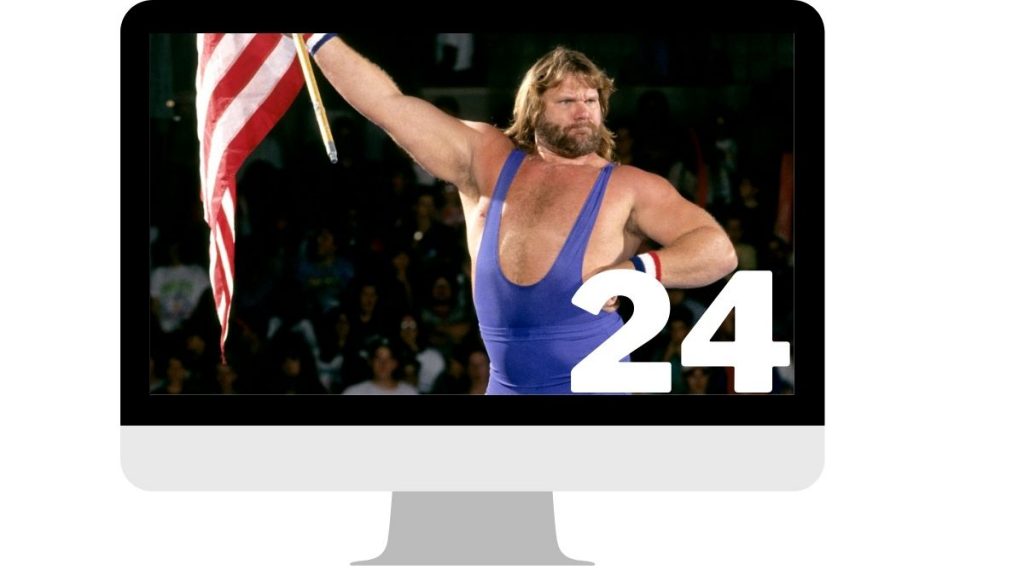 Jim Duggan – Royal Rumble 1988
Won the first ever Rumble against One Man Gang and strongman Dino Bravo which is no small feat but he entered at number 13 in a field of only 20. Also, there was nothing on the line except forever bragging rights. 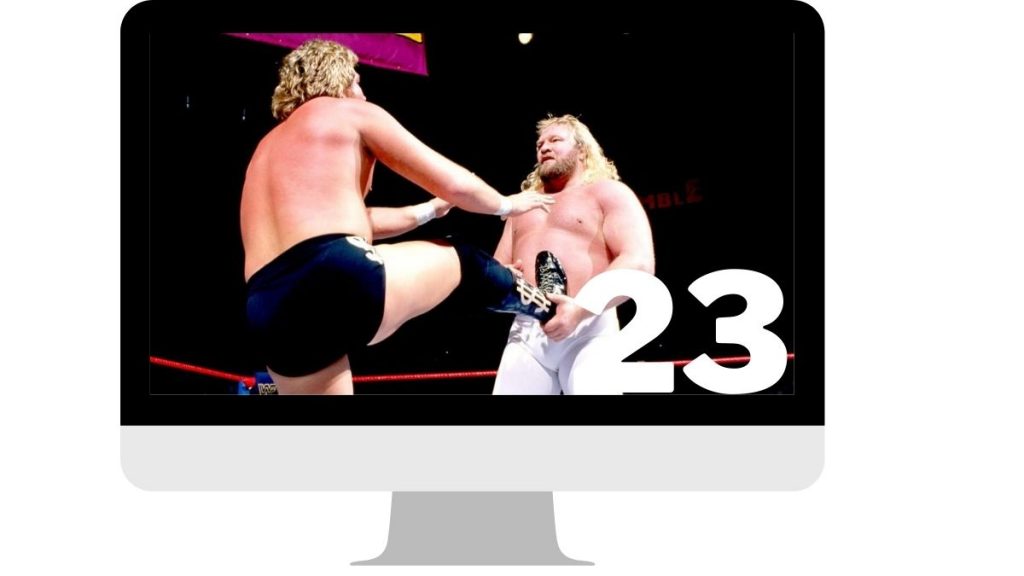 Big John Studd – Royal Rumble 1989
He entered at 27 but had to deal with Akeem and Ted DiBiase trying to buy him off. His win was more about rewarding him for all he meant to the wrestling industry and recognizing him as a living legend at the time. 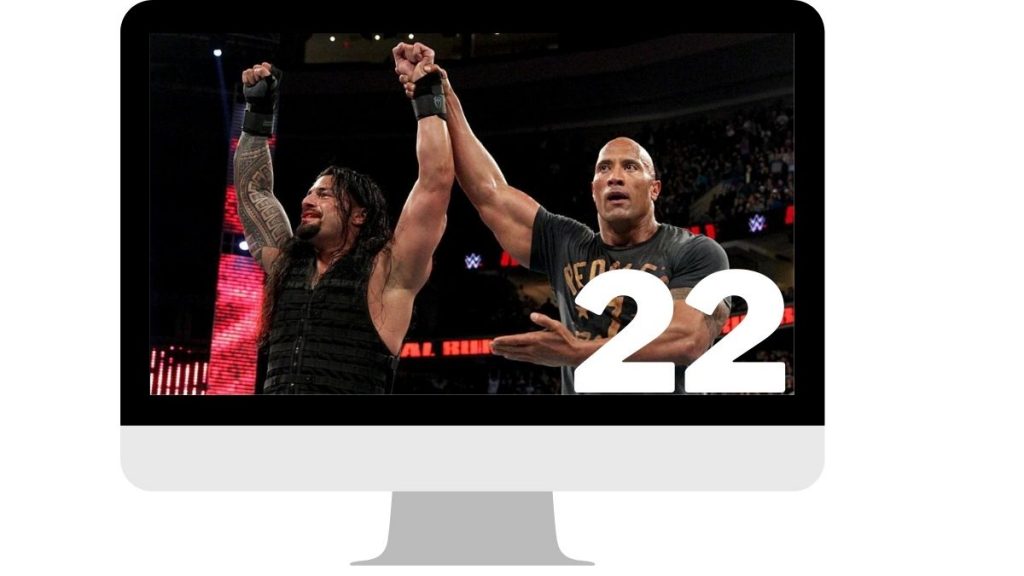 Roman Reigns – Royal Rumble 2015
Yes! Yes! Yes! We are never going to forget this win which sparked one of the biggest boo-fests in WWE history. He came in at 19 and booted six people on his own but the problem is he got some help from The Rock to win the match which diminishes his victory. 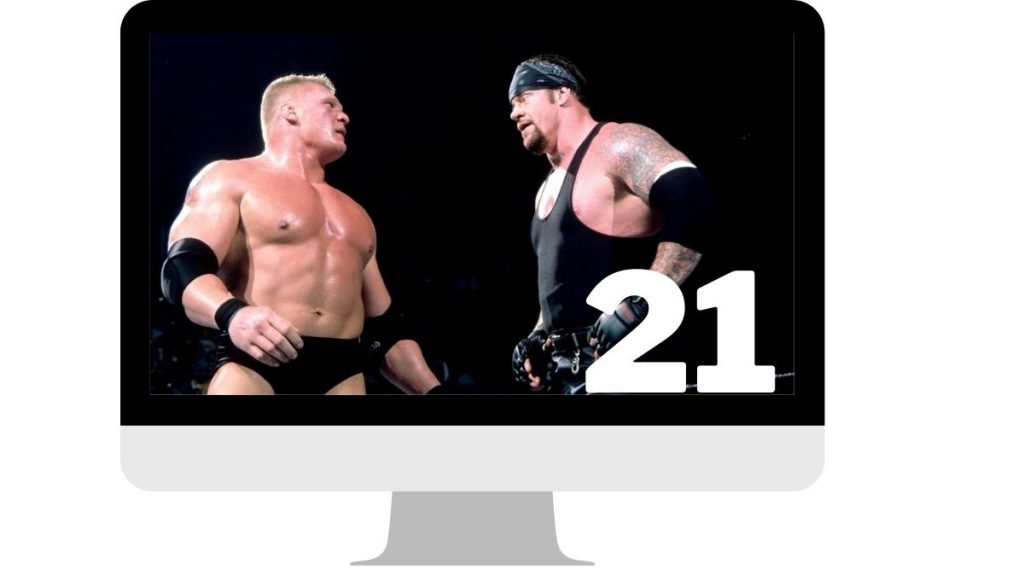 Brock Lesnar – Royal Rumble 2003
He won from the 29th position, however, in his career has eliminated 24 participants on his own. We think that balances things out. 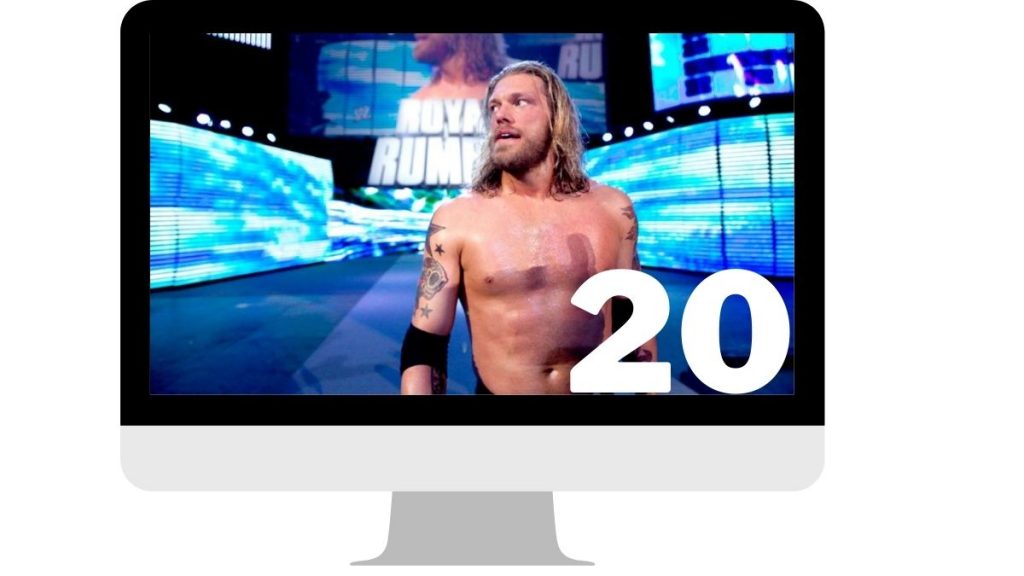 Edge – Royal Rumble 2010
He arrived late at 29 as a surprise entrant to the folks in attendance and Chris Jericho, his rival at the time. He didn’t have to wrestle for very long to take home the win but Shawn Michaels, Batista and Cena were in the final four with him. 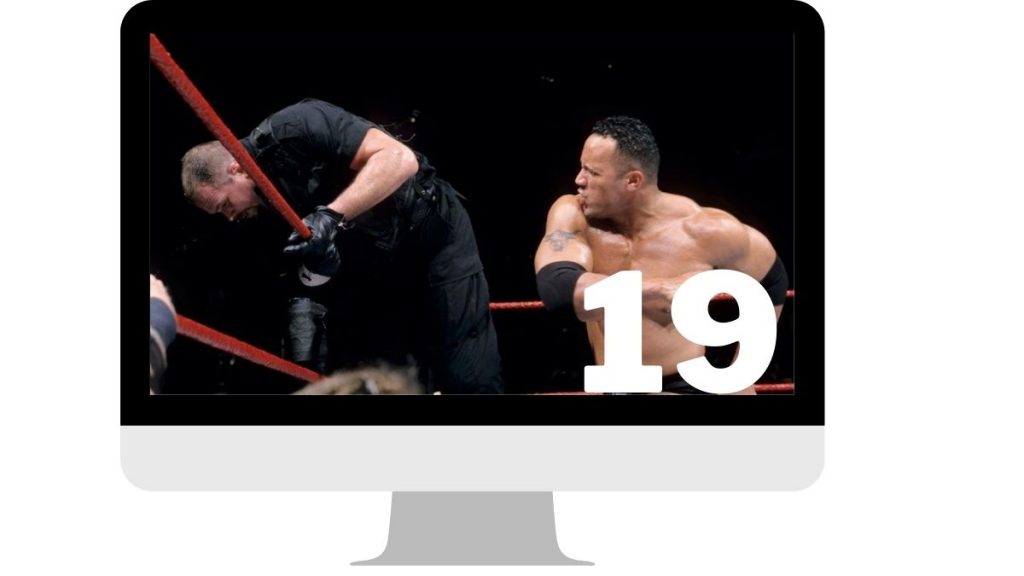 The Rock – Royal Rumble 2000
Entered at number 24 and only tossed the Big Boss Man and Crash Holly. Not much of a People’s Champion that night. The Big Show whined afterwards that The Rock’s feet touched the floor which lead to the big schmozz that was the main event of the dreaded WrestleMania 2000. Ugh. 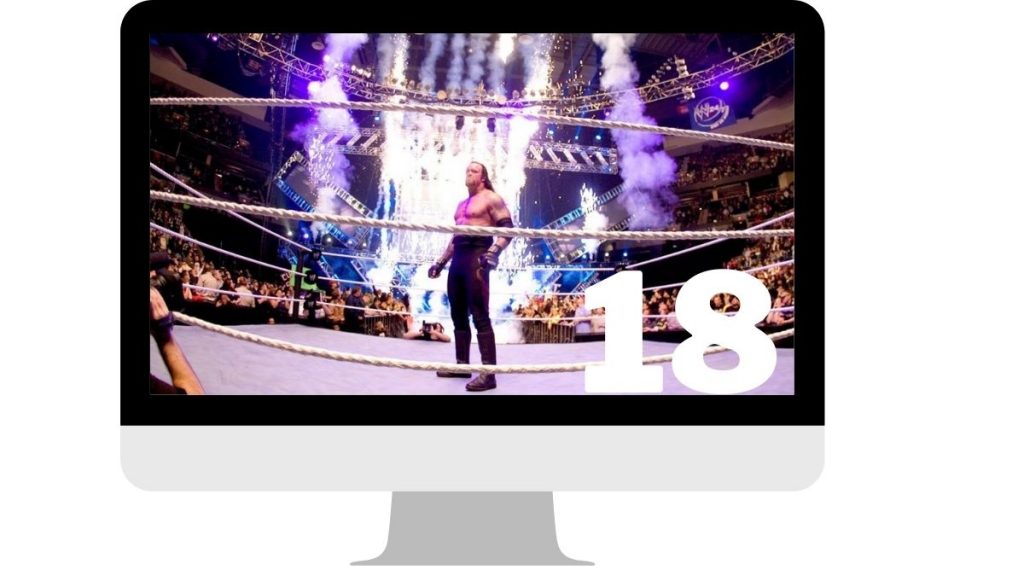 The Undertaker – Royal Rumble 2007
Stumbled in at number 30 but had to deal with the red-hot Great Khali who had thrown seven people over the top rope and had to contend with the team effort of Rated RKO. If that wasn’t enough, he had to square off against Shawn Michaels for the win. Still, he entered at 30. 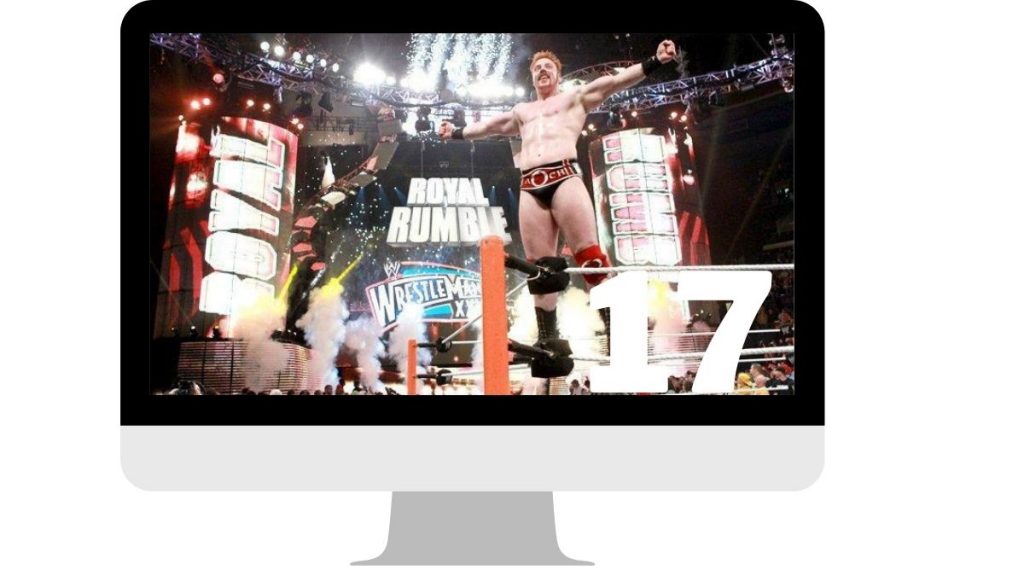 Sheamus – Royal Rumble 2012
Another late entry at 22 but he was saddled with Randy Orton, Big Show and Jericho for the finale. It was Jericho who eliminated Orton and Orton also helped Sheamus get rid of The Big Show. 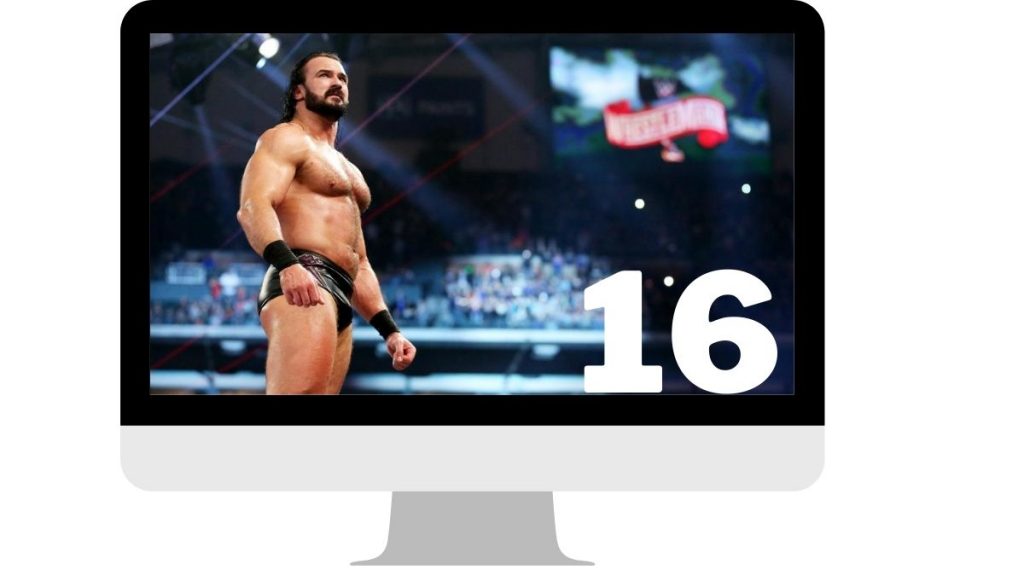 Drew McIntyre – Royal Rumble 2020
Came in at 16 and got rid of Lesnar who had booted 13 people all on his own. That pretty much cleared the path for McIntyre’s victory. Thanks, Brock! 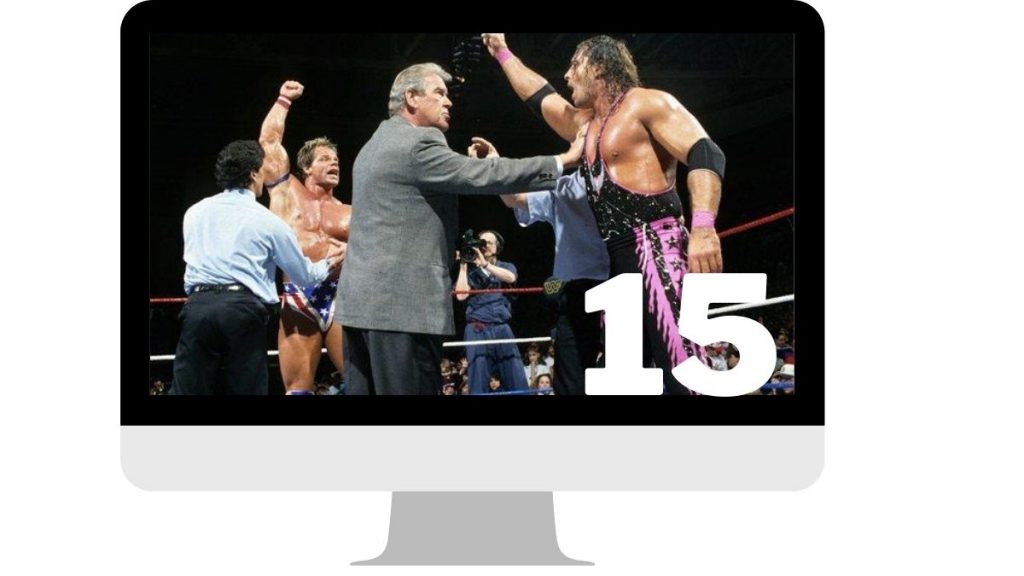 Hart has already wrestled earlier in the evening teaming with his brother Owen to challenge The Quebecers for the WWE Tag Team Championship. Hart took a lot of damage, although he lent a helping hand when it came to eliminating others. To be fair, he had a decent performance all things considered. 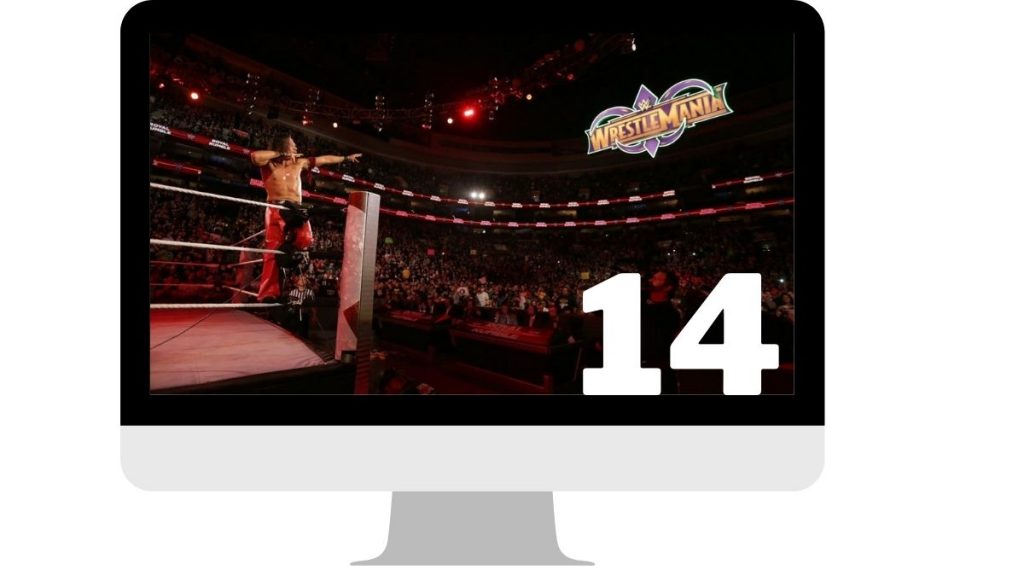 Shinsuke Nakamura – Royal Rumble 2018
Entered at 14 but was under the radar until it was just him, Roman Reigns and John Cena left. He got rid of Cena and survived Roman for a decent Rumble victory. In the end, it may be one of his only crowning moments during his stay in the WWE. Go back to New Japan Pro Wrestling already, Shinsuke. 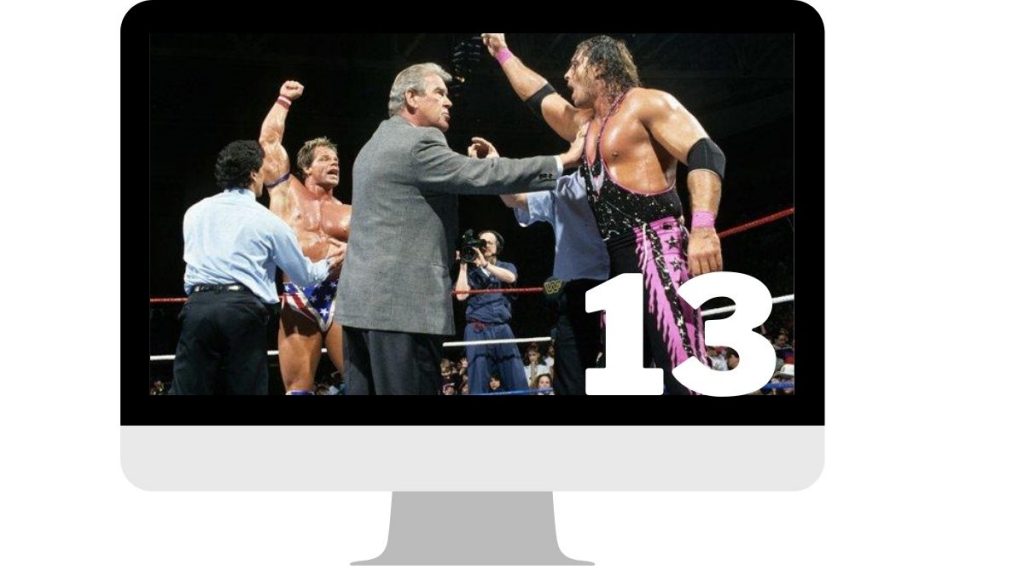 Lex was a house of fire hitting anything that moved and even sending Bam Bam Bigelow to the showers. He had more life in him than co-winner Bret but that’s because Luger didn’t wrestle earlier in the evening although he was mugged backstage by Genichiro Tenryu and The Great Kabuki before the match. 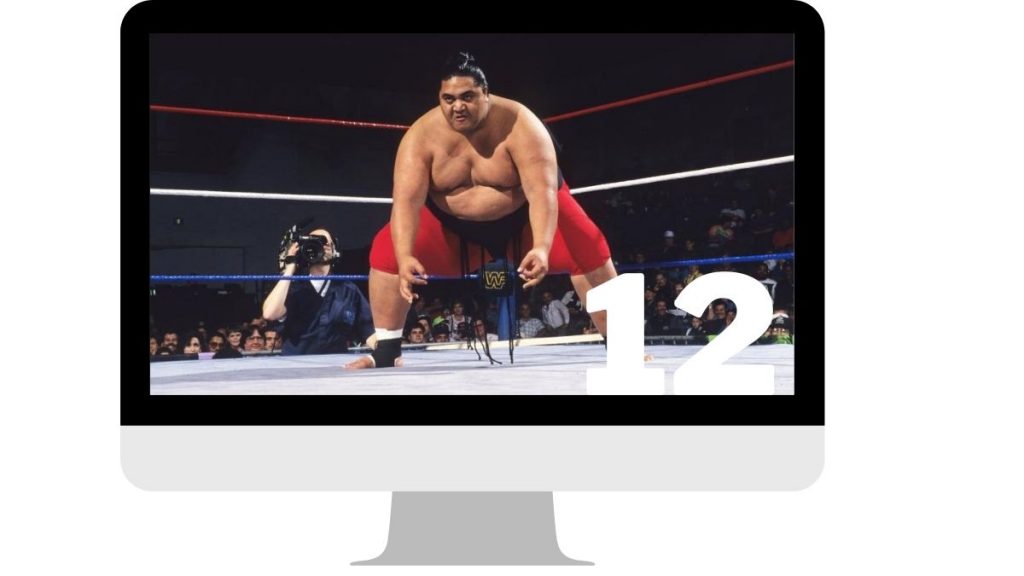 Yokozuna – Royal Rumble 1993
He came in at 27 during the very first year that the winner was rewarded with a championship match at WrestleMania. He tossed out seven people on his way to victory. Not too shabby. Bonsai! 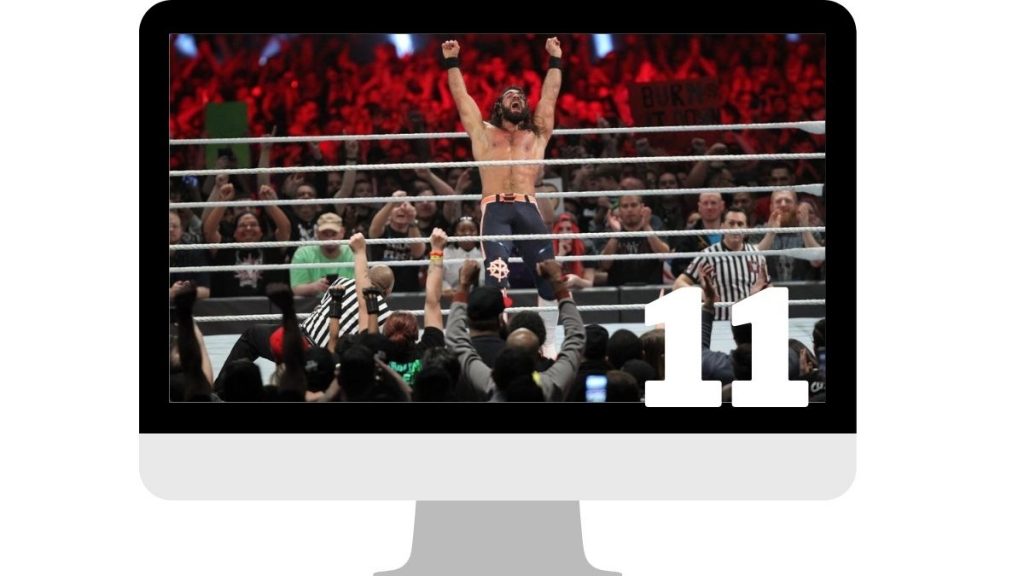 Seth Rollins – Royal Rumble 2019
It was a long night for Seth who entered at the number ten spot. After he booted Bobby Lashley, the powerhouse put him through a table. Like Chris Benoit before him, Rollins was able to outsmart a bigger man – Braun Strowman – to claim victory. 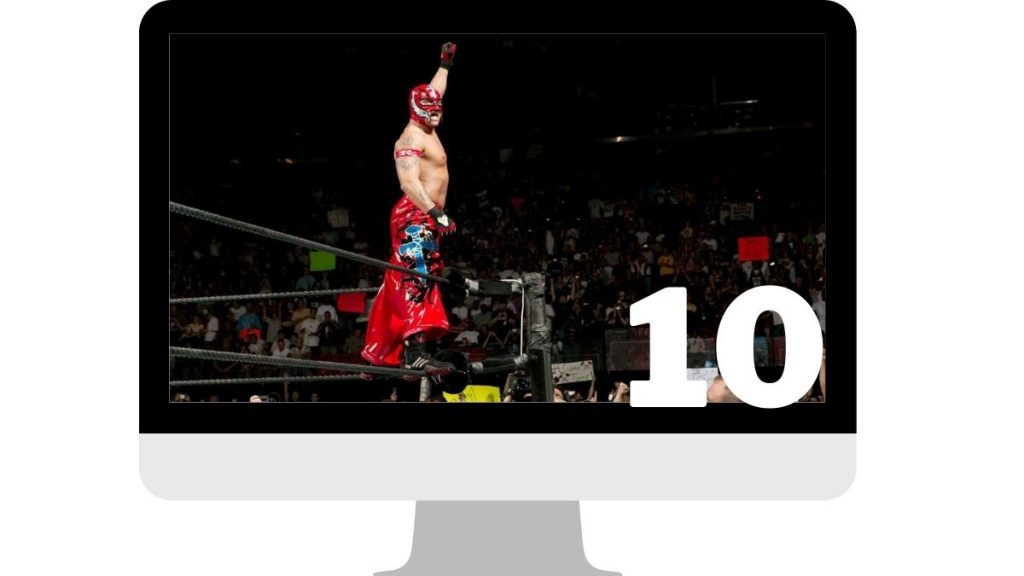 Rey Mysterio – Royal Rumble 2006
The performance of a lifetime from one of the most influential superstars of all time. He won the Rumble from the number two spot. It took him just over an hour to do so. 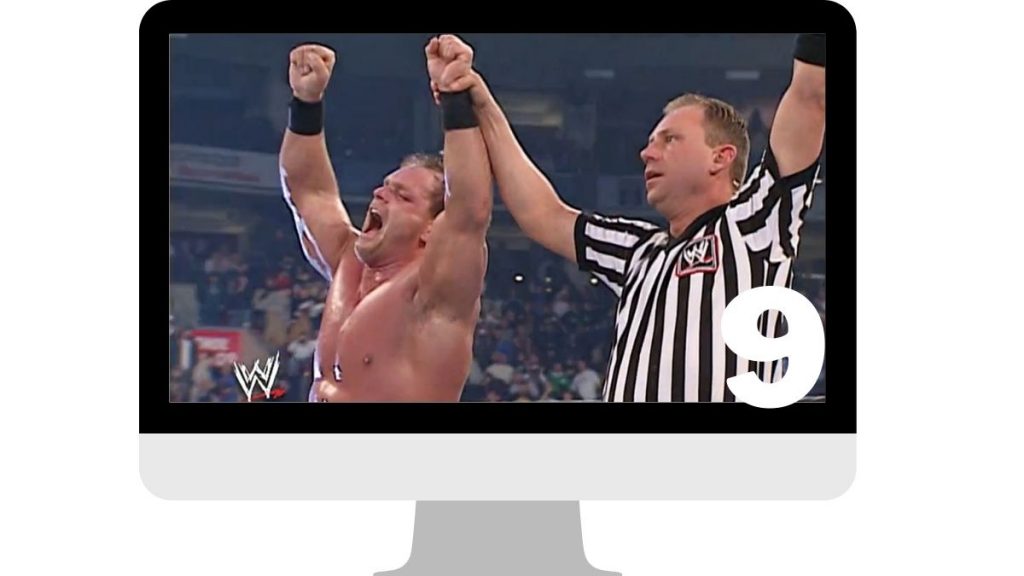 Chris Benoit – Royal Rumble 2004
The WWE would like to forget about his accomplishment, however, Benoit is a Rumble winner and did so from the number one slot. Like Mysterio, it took him an hour to pull it off and the last person he faced was The Big Show. 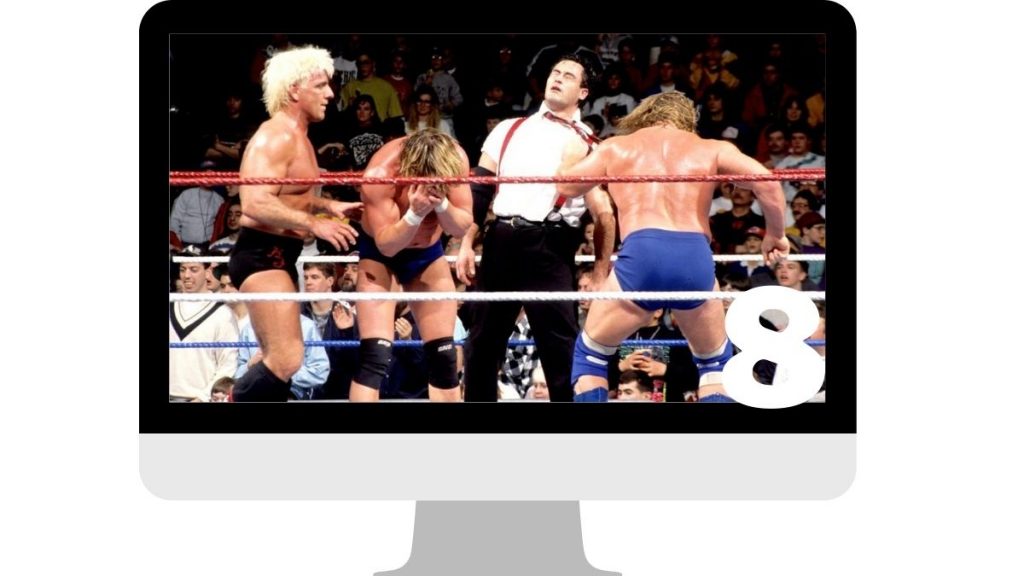 Ric Flair – Royal Rumble 1992
Be fair to Flair! He not only won it from the number three position he also claimed the WWE World Heavyweight Championship because it was declared vacant due to Hulk Hogan’s shenanigans against The Undertaker. At 59 minutes Flair became the “Real World’s Champion” in name and in finally in deed. 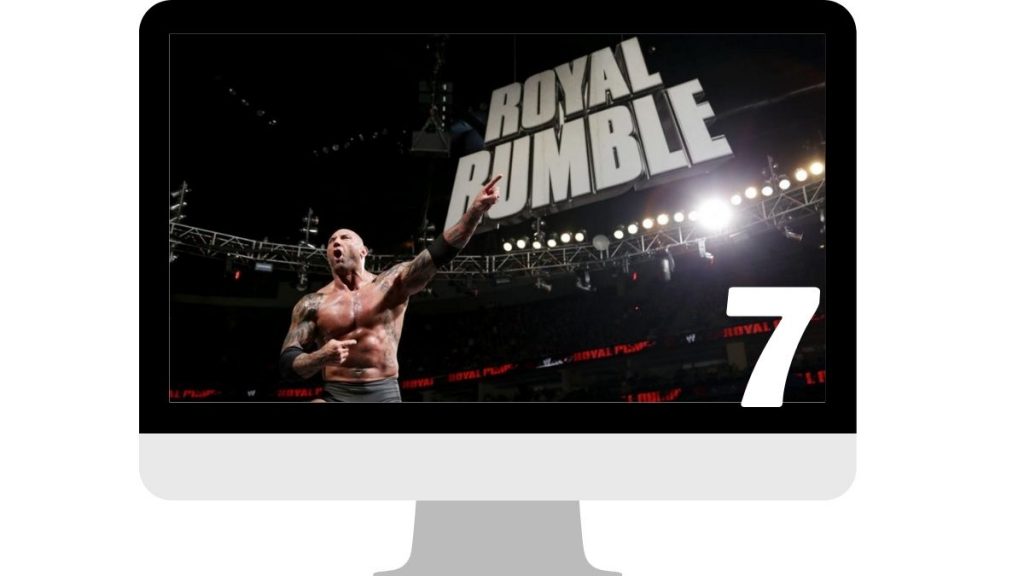 Batista – Royal Rumble 2005, 2014
Batista won the Rumble twice and from the very same position: 25. In 2014, it was another boo-fest with Batista being harangued for tossing Roman Reigns. He exited the WWE soon after that. 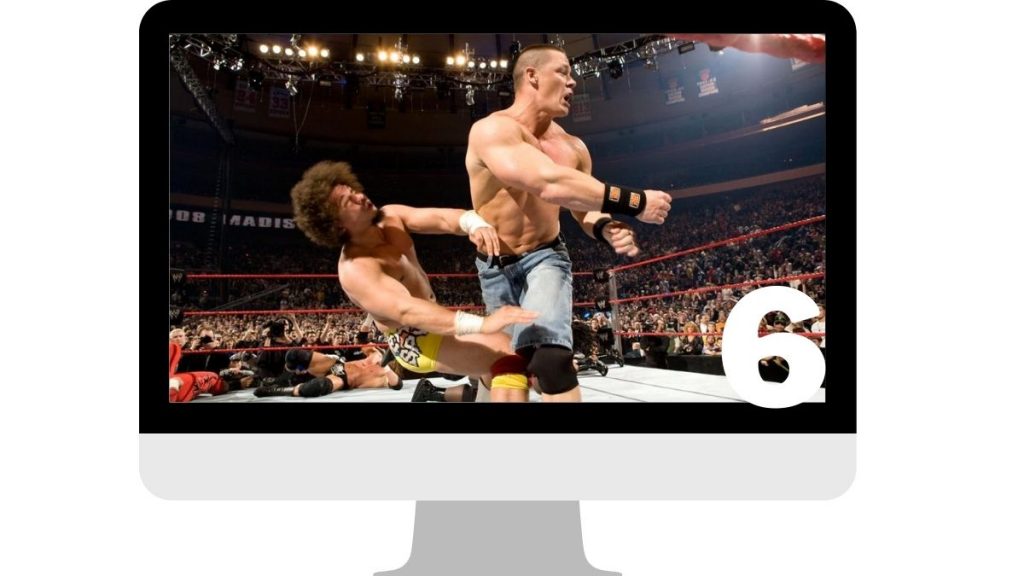 John Cena – Royal Rumble 2008, 2013
He did win twice and dumped 25 people over the top rope but his wins come as a result of late entries into the Rumble. Put Cena in at 19 and 30 and the dude is bound to take the entire match. 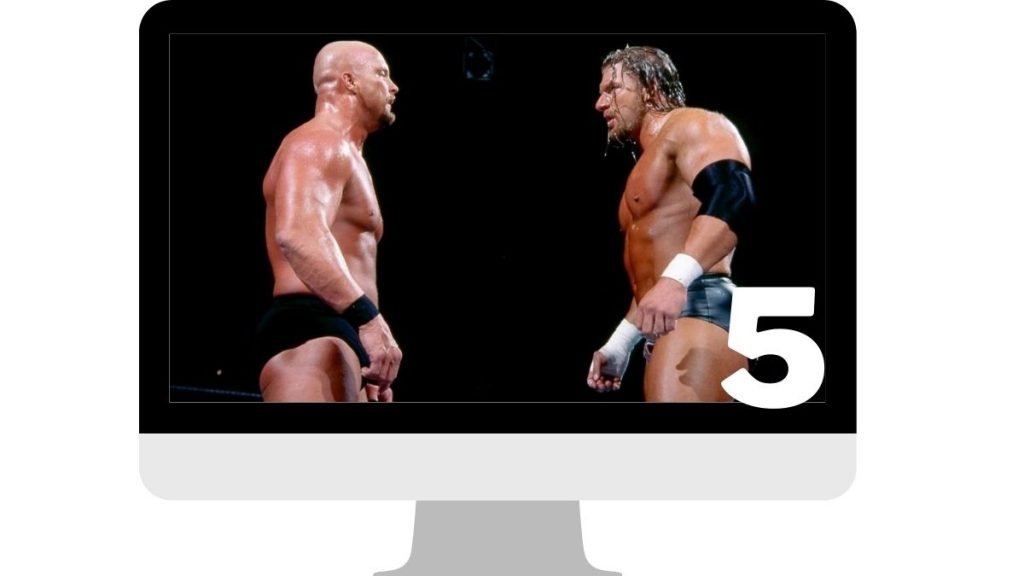 Much like Cena he also won due to late entries (22 and 30). He did end the dreams of 32 Rumble participants though. 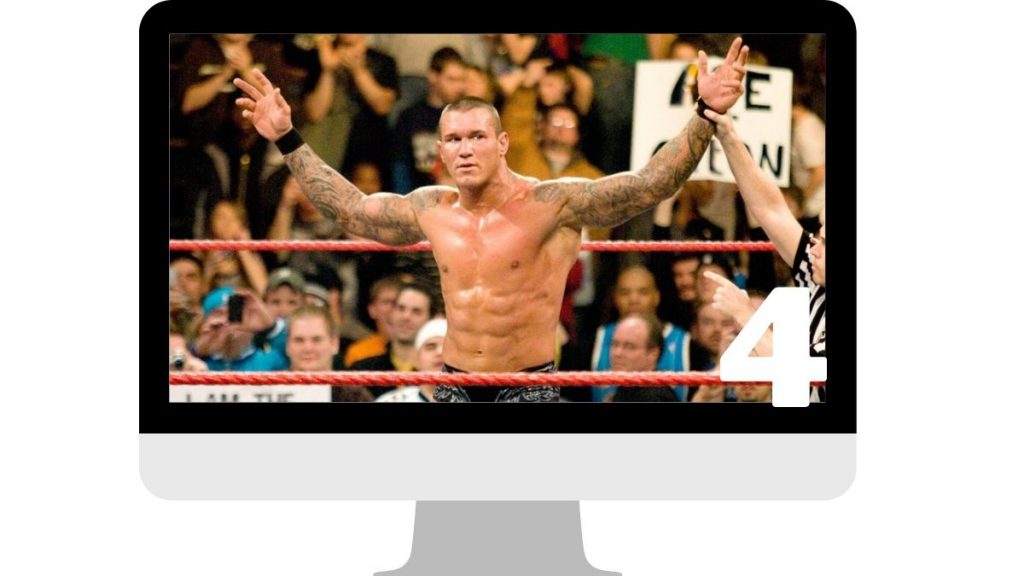 Randy Orton – Royal Rumble 2009, 2017
He is also a double winner at positions 8 and 23. Say what you want about the dude with “voices in his head,” when it comes to the Rumble he’s a top competitor who is not keen on hiding out under the ring or in a corner. He is always in the mix and usually in the finals. 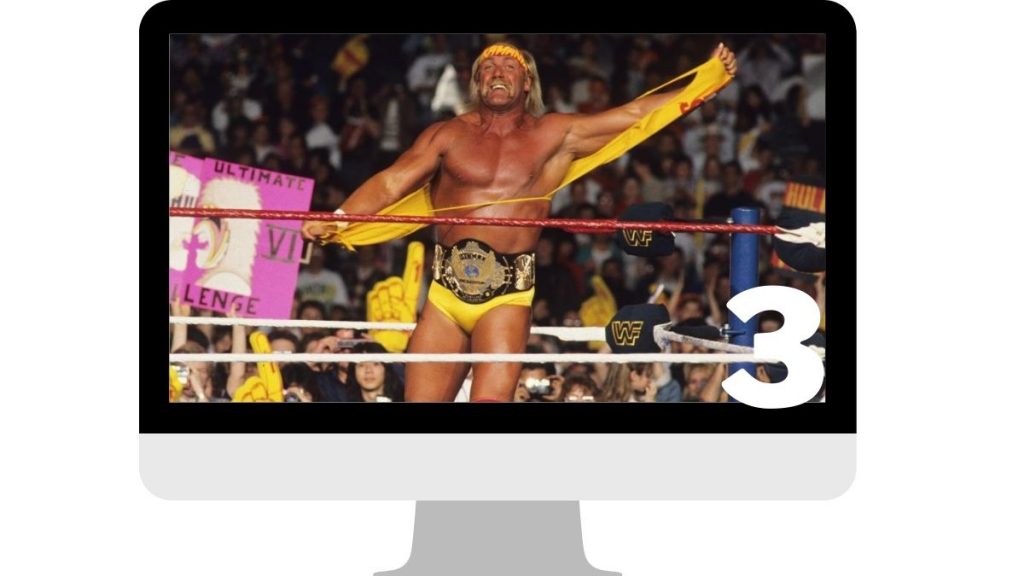 A double winner who also arrived late to the party both times (25 and 24). He did win back-to-back years though. He also never shied away from a fight in the Rumble sending 16 people to the showers. Despite having one of the biggest targets on his back, he survived to win twice. 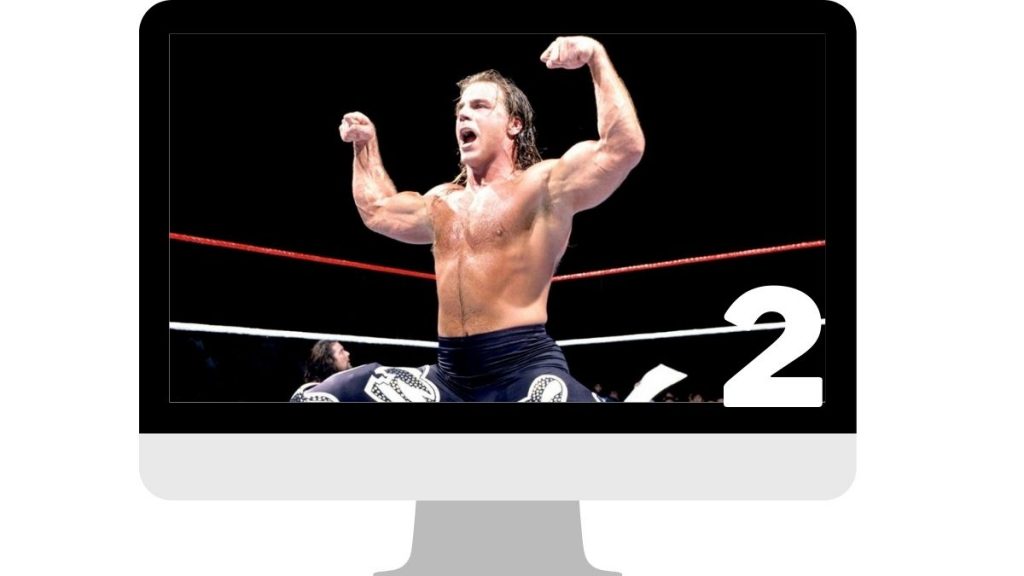 Shawn Michaels – Royal Rumble 1995, 1996
Like Benoit, one of his wins was from the number one spot. It took him 40 minutes in 1995. In the years that he won, he also kicked the most people which was eight both years. Another stellar back-to-back Rumble winner. Michaels also sits at fourth with the most Rumble time logged in at approximately 3 hours and 47 minutes. 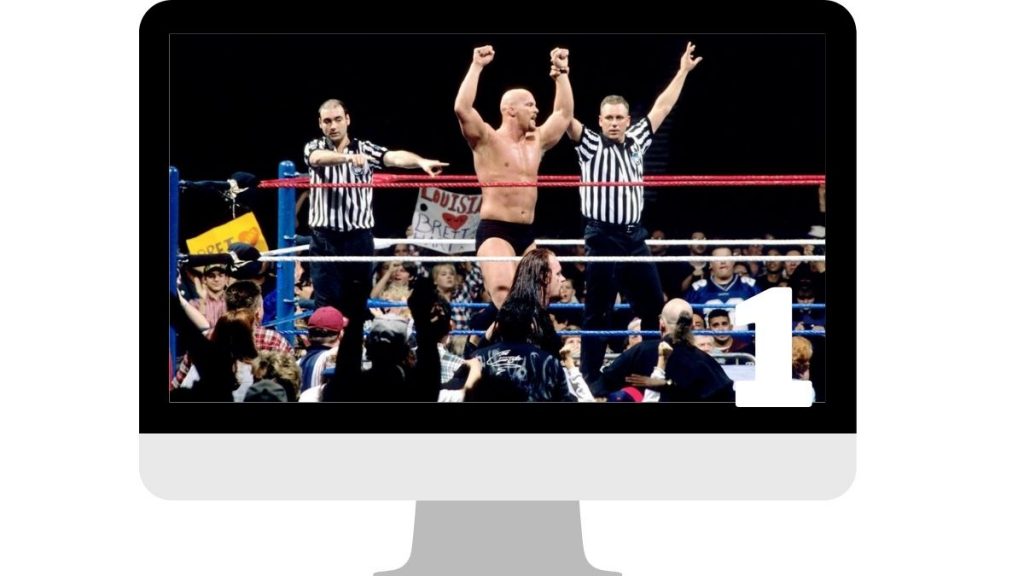 Steve Austin – Royal Rumble 1997, 1998, 2001
Stone Cold won the Rumble three times and kicked a staggering 25 people on his way to doing so. One of his wins was at the number 5 position. In two of his wins Austin eliminated the most people that year: ten and seven. Even though he didn’t win in 1999, he still clocked the most boots during the Rumble at eight.

Who will join the ranks of these Royal Rumble winners? Check out the show on January 31st, live on the WWE Network and PPV. Return for our Rumble predictions on event day as well.