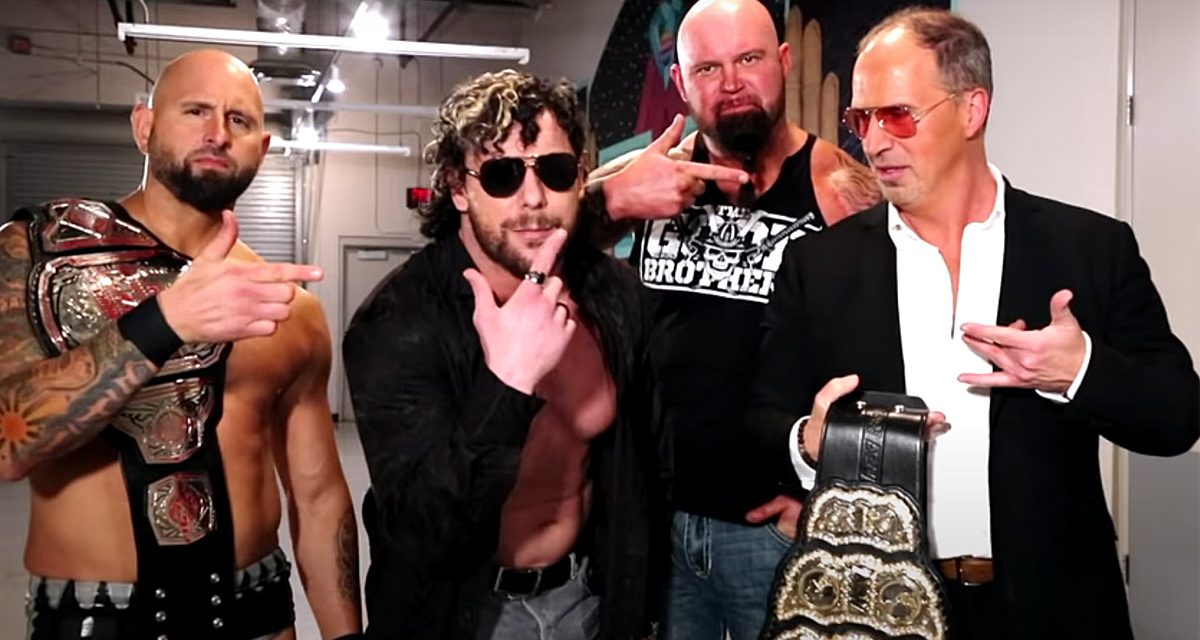 Fellow Canadians Chris Jericho and Kenny Omega once went to war. Could their mutual friend Don Callis bring the Alpha and Omega together as allies in the near future?

In a call with the media hosted by Impact Wrestling, Don Callis was asked whether his close friend Chris Jericho would be included in the on-going angle with AEW World Champion Kenny Omega. Callis was influential in booking Jericho’s classic match against Kenny Omega at NJPW’s Wrestle Kingdom 12 in 2018. Rumours have circulated that it is possible that MJF will usurp Jericho as leader of the Inner Circle in AEW leaving him free to branch out on his own.

Callis then elaborated on how Jericho might figure into the overall scheme of things. 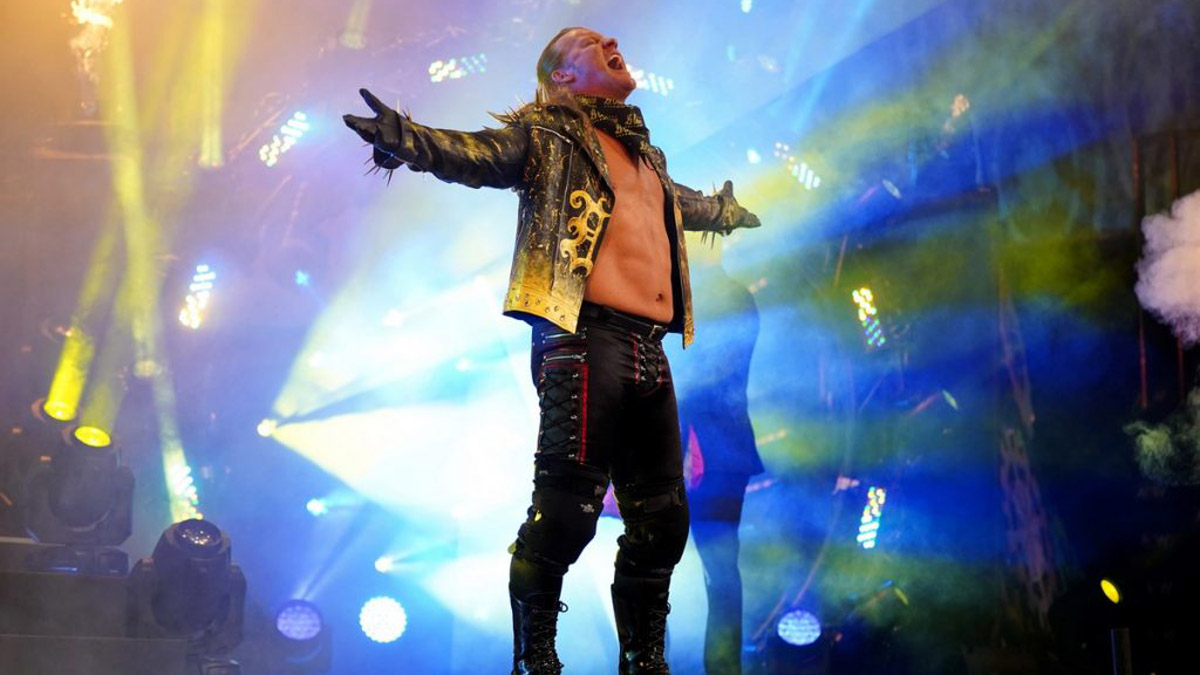 “Just as I did in 2017 and 2018 in New Japan Pro Wrestling when I put together the match that changed the entire wrestling business, it was my idea. It was my execution. Chris Jericho and Kenny Omega in the (Tokyo) Dome. The match that made Tony Khan believe that something could happen in pro-wrestling. We gave birth to AEW with that match. It was the mind of the Invisible Hand, Don Callis. I included my friend Chris Jericho in that idea not just because Chris Jericho is a massive star but because he is my friend. Now as I find myself the most talked about non-wrestling person in the business and Kenny Omega is the most talked about wrestler so of course we would both be open to helping Chris out by having him in a situation where he could benefit from what Kenny and I are doing right now. That is what Don Callis does for his friends and family,” he said.

Don Callis: “I guess we are shooting here so let’s get right into it. The question you should be asking is who is responsible for overseeing the direction of Impact Wrestling? Who has been referred to as the “Golden Booker”? If people are happy with the way Rich Swann has been promoted and the opportunities he has been afforded then people, including Rich Swann, can thank Don Callis. I have been a Rich Swann guy all along.”

“To me, what sets Rich Swann apart is his ability to overcome and continue, to push past the limits. We saw that when he wrestled three people in a number one contender, gauntlet situation. I am a big fan of Rich Swann. I am a big fan of the Motor City Machine Guns. I am a fan of Josh Alexander. I am a big fan of Ace Austin. I am a big fan of many people. Many people, if they were sending out Christmas cards, should send one to Don Callis thanking him for what he did for them. Ace Austin sends me a Christmas card every year, by the way. I am not in this for accolades or people patting me on the back. I am a big fan of the truth and the truth is that Rich Swann is great and Kenny Omega is next level. Kenny Omega is the number one wrestler on the planet. I have said it before. It is very controversial. It is the truth. I don’t care. Number Two isn’t even close. Kenny Omega at 50 per cent is the best wrestler on the planet. Kenny Omega at 100 per cent and reunited with family – The Invisible Hand – is next level.  A lot of people don’t like this kind of truth-telling that I am doing since Kenny Omega and I have been together but the reality is when you are operating at another level of consciousness you stop worrying about what others think and say about you. Comparing how Kenny and I think to everyone else in pro wrestling is like comparing an insect to the Dalai Lama in terms of intellectual capacity. We are next level. That is why people don’t see the things we do.”

“I would gladly buy a ticket to see Rich Swann and Kenny Omega in the same ring and we are going to see that and I think that is wonderful. All the fans dream small and their lives revolve around which wrestler could face which wrestler and which video game is better. Whatever reality these folks are living in, you are getting to see your dream and you can thank Don Callis.”

About wrestling promotions working together…

Don Callis: “The wrestling paradigm is that companies don’t get along. Everyone always tries to do it from the bottom up. They say: ‘Hey, let’s have a meeting. Let’s talk about working together’. That never works. Someone said to me one time: ‘Don, you gave me the power to do this’. It was someone who worked for me. I answered back that if I did give them power then they had nothing because real power is something you take. You take from someone. It doesn’t work grass roots, bottom down. It is elitist. It is a hierarchy. It is next level thinking. In another words, why you are seeing these barriers being broken down today is not because Don Callis had a meeting or that Scott D’Amore had a meeting. The real reason why this is happening is because Kenny Omega and Don Callis as in such a powerful position right now that we can literally do what we want. We can write our own ticket.”

“Someone asked about Scott D’Amore. He is one of my best friends. He is a brilliant guy. He and I complement each other very well. Is Scott upset? Well, Scott is a smart guy. He is not an idiot. Of course he is not upset. Would he have liked it if I told him about it? Maybe. That’s an ego thing but at the end of the day Scott sees Kenny Omega and Don Callis as the greatest thing in pro wrestling right now.”

“Where do my loyalties lie? My loyalties don’t lie with companies or things or money or positions. I am true to myself.”

What does he think about Tony Khan, the CEO of the All Elite Wrestling…

Don Callis: “I think Tony is a very nice person. Tony has a good heart. Tony is a brilliant business man and strategist. I think Tony is unfortunately getting a bad rap right now because unfortunately with all of his skills he was a side-product of higher level thinking and long-term planning and execution. So as I have said before, and Tony knows this because he owns multiple major sports teams, sometimes you run up against a juggernaut or a team that just has an once-in-a-lifetime quarter back and you take an ‘L’. Tony took an ‘L’. A lot of people lost to Muhammad Ali. It didn’t mean they were bad boxers. Some of them were great boxers. Tony Khan is a great guy. He is smart and successful. Tony Khan’s success is measured in ratings and dollars. My success is measured in re-writing history.”

His thoughts on Paul Heyman having worked with him in ECW…

Don Callis: “Paul Heyman, I worked with him in ECW. I portrayed a character on his show. I have nothing but the best things to say about Paul. He gave me an opportunity and allowed me to succeed or fail based on my own merits. That is all you can ultimately ask from anybody.”

“I have so much gratitude towards Paul and what he did for my career.”

On what fans can expect from the current angle… 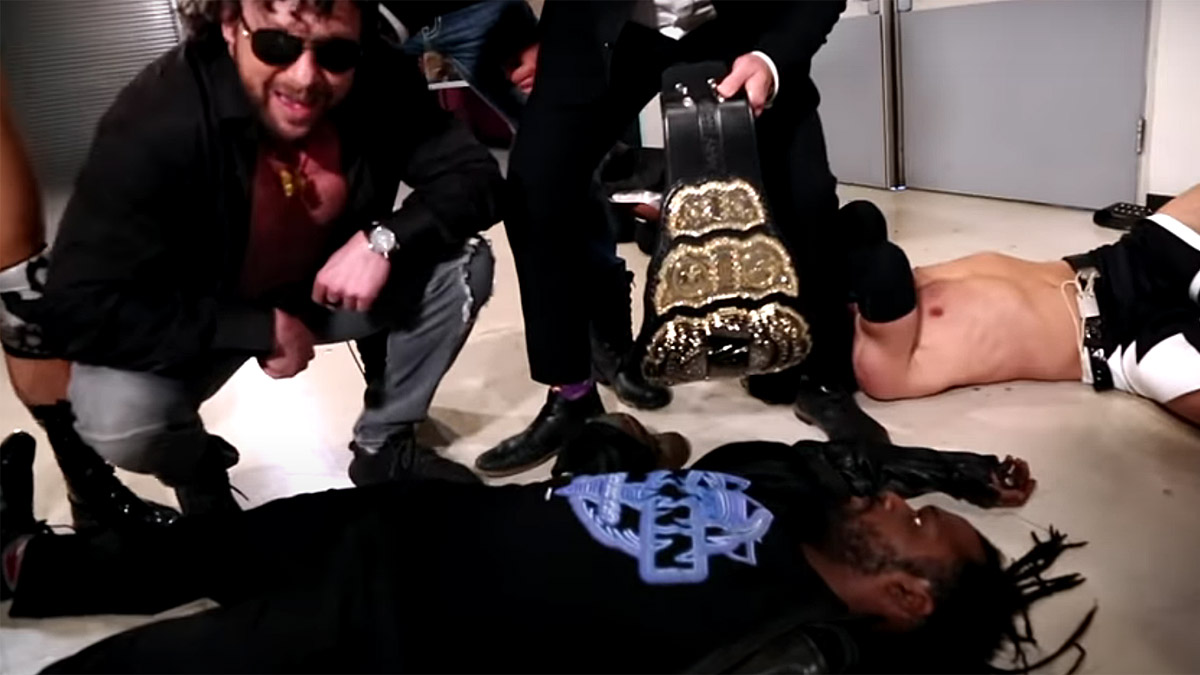 Don Callis: “We are going to continue to shock the world as we did on Impact Wrestling last night. People said: Don and Kenny are going to sit on that bus the whole time. I am not going to look at that. Meanwhile, when I spoke on that bus what you got was Hamlet,” he said. “The reality is I give people something they have never had before. You thought you were going to hear another world class promo on the bus. Kenny is not going to get off the bus. You know what Kenny did? He broke a sign over the head of the Impact World Champion and people went…Oh, my God! What is happening? Don’t think you can predict what I am going to do or what Kenny Omega is going to do. Don’t think you can predict what is going to happen because you haven’t predicted any of it yet. Just sit back like the insects that you are and be entertained, dazzled.”