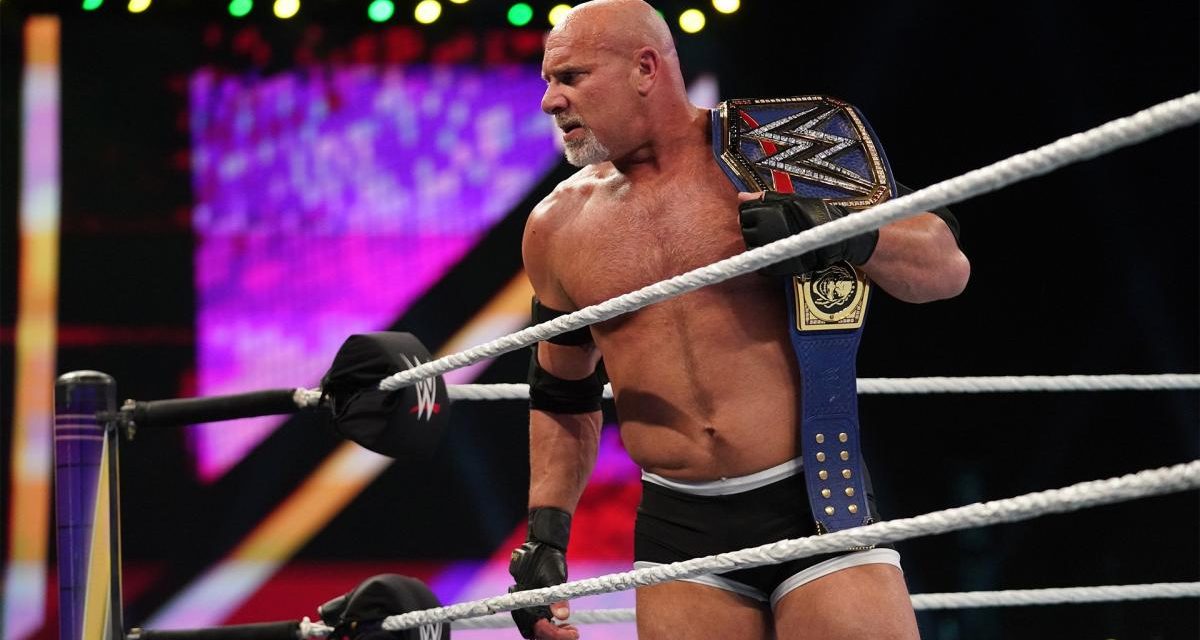 Appearing on WWE’s The Bump today to promote his upcoming special on the WWE Network the 53-year-old called out the current WWE Universal Champion.

“He backed out on me at WrestleMania. He stole my move, God knows how long ago and he continues to perform it at a sub-par level. Let’s be perfectly honest. I am the dude who delivers the Spear and he doesn’t understand what it is like until I deliver one to him. Roman, I am coming and it’s coming for you! I may be old. I may be grey but I am still Goldberg!” he said.

Goldberg was scheduled to fight Roman Reigns at WrestleMania 36 for the WWE Universal Championship but ended up taking on and losing to Braun Strowman instead. Reigns did not attend WrestleMania due to COVID and out of concern for his young family.

Goldberg also revealed that he reprised his Santa’s Slay role recently but was a little kinder, more jovial Saint Nick. Goldberg met his wife, a stunt double at the time, on the set of the movie.

“I was Santa Claus three days ago. I just shaved my beard. I played Santa Claus for the new town I have moved to,” he said claiming the pandemic hasn’t been too hard on his lifestyle as he tends to spent most of his time at home with his family any way.

Goldberg ended the interview by calling Reigns out again.