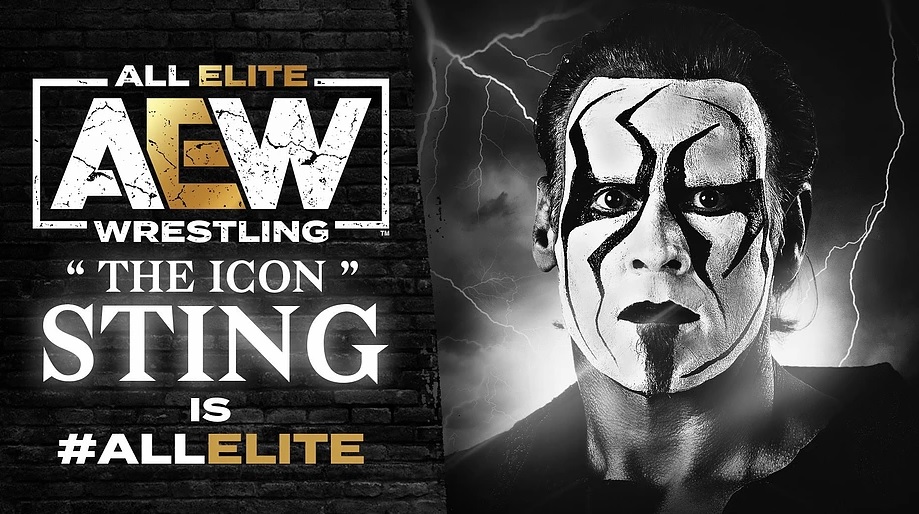 My entire wrestling world has been turned upside-down just like that. Since WWE and I are taking a break right now (meaning we only see each other at PPV time), I’ve grown accustomed to only watching wrestling on Wednesdays. Thanks to Kenny Omega and Don Callis and their machinations, though, I had to find AXS TV on my cable system (channel 897, in case you’re wondering) and tune in to Impact on Tuesday.

But even when cats and dogs are living together and there’s mass hysteria, some things are constant, and in this case, that means AEW Dynamite on TNT. There’s a diamond ring to give out, a champ to hear from again, and a Stinger to reintroduce, so let’s get this show on the road.

The Young Bucks vs. The Hybrid2

Since winning the titles, the Bucks haven’t established who their next feud will be with, and I’m not buying it will be with Jack Evans and Angelico. The Jacksons tries to motivate TH2 by dangling a title shot if they win this one, and the announcers are positioning this showdown as “everyone is gunning for the Bucks.” Which, OK, yes. Angelico rudely refuses his invitation to the superkick party, But maybe I’m being too cynical, because this bout features a ton of high-flying spots and more than one twist on the way to the finish. TH2 takes the ‘L,’ but they give a great account of themselves.

The Acclaimed, who tried to pick a fight with the tag team champs last week, are ringside and want to get at the Bucks. But SCU runs out to prevent any shenanigans, putting us one step closer to my son’s predicted eight-man tag with all four teams.

MJF is fired up. He says he’s going to hurt Orange Cassidy, and he’s going to love every moment of it. In his latest video, Darby Allin is a lot calmer while doing the wrestling version of a Rorschach test. He has a lot to say about Brian Cage, admitting he is the number one contender for the TNT Championship, but simply laughs when he is shown an image of Sting’s face paint.

Tony Schiavone is joined in the ring by Cody and Arn Anderson, but neither get to say anything before Sting makes his entrance. The obvious question is why he’s here in AEW at this point in his career, but maybe Arn has some non-obvious queries. Ha, h, ha, just kidding, the Enforcer just wanted to make sure he was real. Sting wants a hug from Schiavone, giving him some props for helping out his career. Is Cody going to rain on this parade of warm and fuzzy feelings? Doesn’t seem that way, as Cody says he’s been waiting to share a ring with him for a very, very long time. Sting says he’s not here for Cody, but because there’s something really, really familiar about this place, motioning up in the stands at Allin. Though Sting says nothing is for sure about Sting, he plans on being close to the AEW fans for a long time. “See you around, kid,” Sting says to Cody before heading for the back.

Backstage, Taz sarcastically calls the previous segment a special moment. Looks like Taz’s son Hook is on his dad’s side now.

My son quips, “this team got promoted from Dark,” and he’s not wrong. Griff Garrison looks like he’s om high school, and there’s a reason for that: He’s only 22. Certainly hard to argue with the announcers’ assertion that he has potential, however. Brian Pillman Jr. takes the pinfall courtesy of the Goodnight Express, and FTR starts some beef with Jurassic Express on their way out.

Alex Marvez asks “Hangman” Adam Page about a six-man tag he has next week against Private Party and Matt Hardy. The problem is that he has no partners, and he initially scoffs at the offer from Alex Reynolds and John Silver to team up. When they point out he has no other options, Page relents, though he makes it clear that this is a one-shot deal and they shouldn’t even bother trying to get him to join the Dark Order. It’s worth noting that Reynolds and Silver have new “Recruitment Specialists” t-shirts, perhaps my favorite shirts for mid-carders in quite some time.

This is light work for the Natural, leaving us time to ponder whether 10 will ever earn the right to go maskless like Reynolds and Silver. And wait, is Evil Uno trying to get Rhodes to sign up? He wants Dustin to become 7 of the Dark Order, leading Schiavone to crack, “He doesn’t want to be that number.” Rhodes responds with a slap, but Uno seems to think he’ll come begging to join at some point.

Did you forget that Shaq was name-dropped on Dynamite a few weeks ago? Don’t blame you as a lot has happened since then. Shaq has something to say, and it’s that even though he has known Jade Cargill for a long time, he doesn’t support what she did to Brandi Rhodes’ arm. He is looking forward to seeing them do battle at some point, but before Rhodes goes to leave, Shaq tells her she should take some pointers from Jade while her arm heals up. An incredulous Brandi thinks Shaq must be joking. Narrator: “He was not joking.” Enraged, Rhodes throws her drink in Shaq’s face and calls him an “overgrown a–hole,” leaving the NBA legend with an expression that is simply crying out to become a meme. If it isn’t by the time I finish this report, I’ll be disappointed.

Are we about to see the end of the Inner Circle? Chris Jericho assembles the whole group (minus Santana) to air some of their grievances. MJF takes the microphone first, naturally, addressing social media rumors that he wants to either break up or take over the Inner Circle. But no, he says, he wanted to join up and create bonds that would never be broken. Sammy Guevara isn’t trying to hear it, nor is Jericho fooled by his explanation of the towel-throwing incident. But Ortiz, of all people, is the voice of reason, noting that the group is stronger together and asking Guevara to shake MJF’s hand. Sammy says he trusts the Demo God and will shake hands, but if one more thing happens, he’s quitting the Inner Circle. Jericho believes they are all on the same page, but there’s still some beef to be resolved between the two big men. They do all put their middle fingers in at the end, so the stable is intact for now.

Marvez talks to FTR and Tully Blanchard, with the manager refusing to let Cash Wheeler take the blame for their title loss. FTR is focused on the titles again, blah, blah, blah.

Eddie Kingston, The Butcher and The Blade vs. Lucha Bros. and Lance Archer

This is a rough one for the Lucha Bros. First Penta needs to be helped to the back in the middle of the match, then Rey Fenix looks like he barely avoids serious injury on a move to the floor (not the first time that’s happened to him). Fenix gets pinned, but Archer keeps battling after the bell.

Winners: Eddie Kingston, The Butcher and The Blade by pinfall

In the back, Jade and Nyla Rose are beating up Red Velvet for reasons not made clear to us. A ton of wrestlers and referees intervene.

When Abadon tries to lay on an extra beating after the bell, Hikaru Shida faces down her fears and comes to the rescue wielding a kendo stick. One shot puts Abadon down, but she sits up a la The Undertaker.

Jericho emphatically says during his backstage interview that the Inner Circle is on the same page, and will support MJF in his main event match against Orange Cassidy tonight. Feels like something is going to happen. Guevara face turn, maybe?

The 2020 version of stylin’ and profilin’ is Kenny Omega and Don Callis arriving to Dynamite by helicopter. And you know the AEW champ is bigger than ever because there are four women with brooms now, not just two. It’s the details, folks. Callis says he isn’t sure why Tony Khan is upset, as he is the one who invited Don to AEW. This promo is hitting a lot of the same points that their Impact appearance did, so Callis must figure not everyone watching tonight was tuned in to Impact. Fair, but I did, so let’s move this along. Omega notes that he and Callis pulled off nepotism more successfully than anyone else around here before labeling their “performance” last week as something akin to fine art. Kenny scoffs at Jon Moxley, saying he doesn’t have enough upstairs and that’s why he fell for it. He teases more surprises, but Callis doesn’t want him to spill the beans on what’s in store.

It’s definitely not suspicious or anything that the seconds for both men have white towels, right? Surely not. Guevara isn’t above throwing Cassidy into the ringpost when he ends up outside the ring, so if he has betrayal in mind, he’s playing it very close to the chest. Cassidy flies to the outside to clatter into most of the Inner Circle, leading me to coin the phrase, “You’ll believe an Orange can fly!” Except, you know, Superman did something like that decades ago. Both wrestlers try to fool the ref into thinking the other used Jericho’s baseball bat on them, which is humorous. Two Orange Punches leave MJF on dream street, but Wardlow puts MJF’s foot on the ropes. As chaos erupts outside the ring, Miro lays out Cassidy and MJF gets an easy cover for three.

Is it kind of lame that the man who made the difference is actually feuding with the guys who were backing Cassidy? Yes, yes it is. But at least it’s a showcase of sorts for Miro as he tears through people attempting to calm him down, so that’s something. I still have a lot of questions, namely whether I need to keep watching Impact or if the landscape of pro wrestling has just returned to normal after a week. But we’ll deal with those later. Stay tuned for Ready Player One, and we’ll see you in seven!

It would be hard for anything to follow what AEW has been involved with over the previous week, and indeed this show was aggressively average, boosted a half-star for the rousing opener and Callis’ promo, even if we had seen most of it 24 hours earlier. Old Man Sting also seems like he will be fun, but AEW needs to make sure they don’t squander the momentum they have right now.