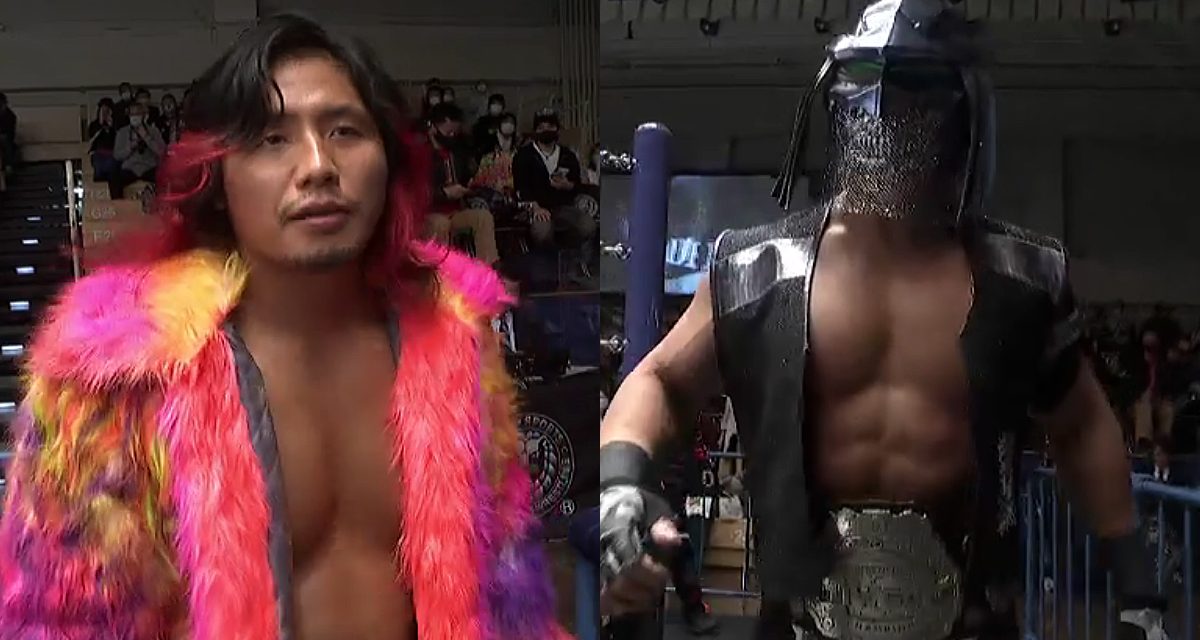 Taiji Ishimori, the current IWGP Junior Heavyweight Champion and the former champ Hiromu Takahashi have taken over the top spot at the Best of the Super Juniors tournament. They are tied in first place with 10 points each while Master Wato, Sho and El Desperado are in second with eight points. 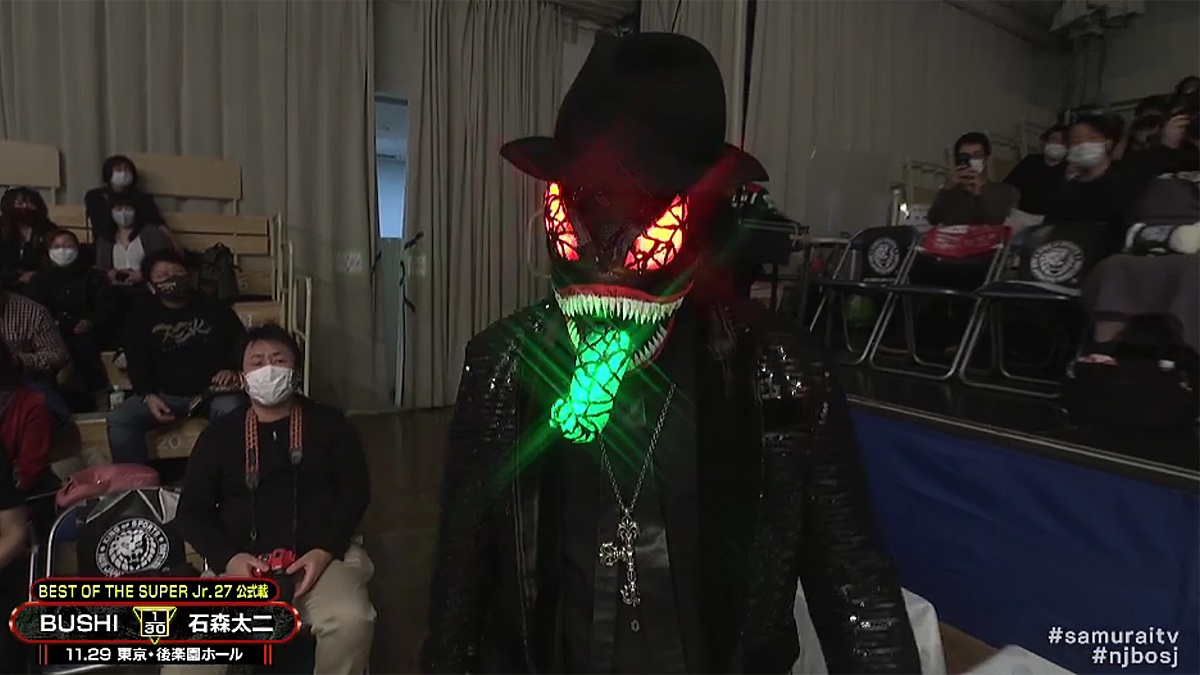 Hiromu Takahashi took a really nasty Turbo Backpack on the apron from Robbie Eagles in their match. A dazed Takahashi made it back into the ring at nineteen. Eagles drove Takahashi into the mat with a cutter from the top rope. Takahashi kicked out at two. Eagles landed a 45o splash for another two count as Takahashi clutched his back in pain. No matter what Eagles tried Takahashi just wouldn’t concede the match. A front slam opened the door to a Time Bomb which was the end of Eagles.

Kidd doesn’t learn from the last 45 matches which have ended the same way. Kojima wins with his Lariat.

Uemura submits to an ankle lock.

Sho takes the two points with a Shock Arrow.