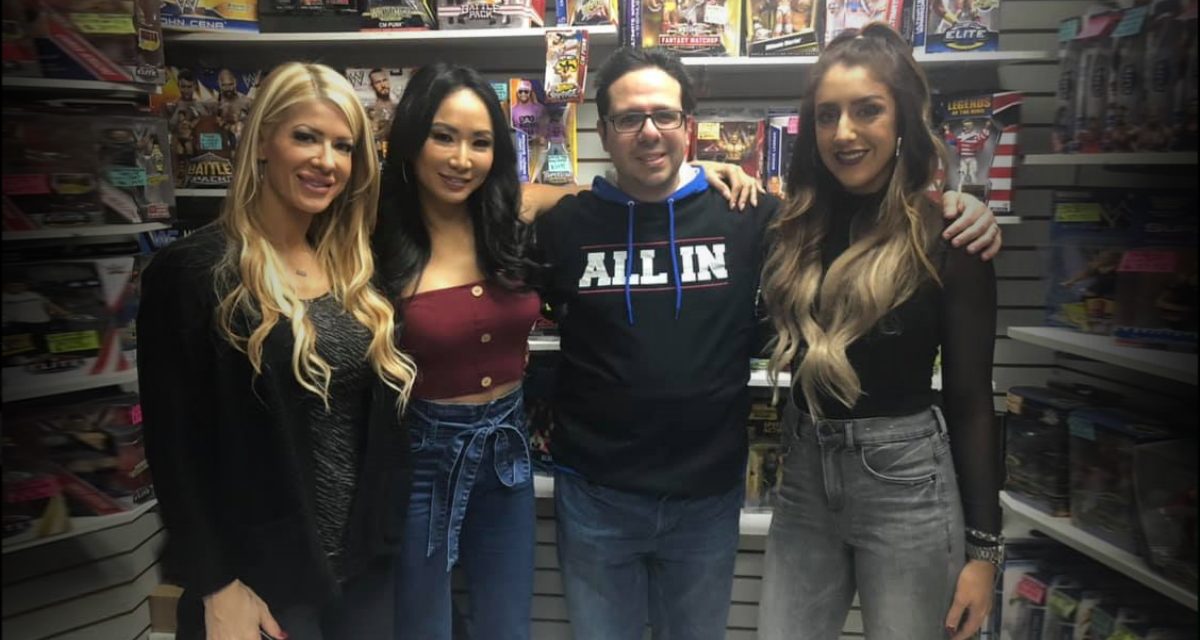 Richie DeGregorio has been buying, selling and trading wrestling collectibles for a decade. During the COVID-19 pandemic, he made adjustments and innovations that allowed his RDP Promotions to survive and thrive as the world attempts to normalize.

Although DeGregorio was a heavy duty wrestling fan and collector as a child, he told SlamWrestling.net that his investment had ephemeral intentions as opposed to financial gain. “I had a collections worth of Hasbros [WWF action figures] when I was younger that I beat up religiously,” he said. DeGregorio also had a WWF Magazine subscription and was heavily into football cards. 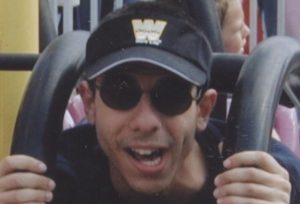 A much younger Richie DeGregorio.

By adolescence and through to adulthood, the native of Staten Island, New York, saw both his wrestling fandom and collecting wane. It would change abruptly when a friend told him of a sports collectible shop nearby. “It was walking distance from my house and I started helping out. I met other wrestling agents there. I started networking, meeting wrestlers and going to conventions. One booking led to another.”

DeGregorio’s tasks at the shop mainly included helping out on pro wrestler signing events. About a year later, in July of 2011, he finally promoted his own. He brought in free agent Tom Brandi (also known as Patriot II and Salvatore Sincere) to the shop for a signing. He followed it up a month later with a signing featuring Ring of Honor’s Charlie and Jackie Haas at a pizzeria, and from there it was onward and upward. DeGregorio estimates he has promoted in excess of 500 appearances and signings since then. 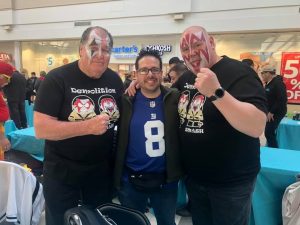 Richie DeGregorio and his clients Demolition Ax and Smash at a convention.

DeGregorio specializes in autographed items, be they action figures, 8×10 photos, posters or whatever else. During the shutdowns of 2020, his business has evolved and boomed but not without challenges to overcome. In addition to selling their collections for fast cash, fans have another void that has opened that needs to be filled. “People are adding to their collections and now that people are locked in at home with nothing to do we’ve provided a service, they can get all the collectibles they need and [we] keep a relationship with talent and put money in their pocket and money in our pocket.”

Thus the pandemic has brought some of the greatest scores of his career. People have been liquidating their gem-filled collections for fast cash. But the success has not come without new controversies and challenges. “You have to get everything certified: JSA, PSA, Beckett. Once that sticker is on the item it protects you, the buyer and the promoter. I won’t sell anything over $20 without a cert on it anymore. It’s not worth the heartache.”

The “virtual signings” are a trend that has caught on with other dealers too. 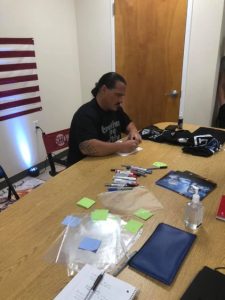 Rhino at work during a virtual signing event.

In DeGregorio’s own words, the online events transpire as follows: “I’ll promote the signing and have different images that I will post and they can choose the image they want signed. We raffle off figures and ring worn gear depending on who the talent is. [Fans] can mail in their own items to get signed so long as they get here in time and I get it signed live. They can watch.”

DeGregorio’s next virtual signing will be later this evening, November 29th, as he presents Rosa Mendes. They will be live East Coast Autograph Auctions Facebook Group at 7 p.m. with figures 8x10s ring-worn gear and more.