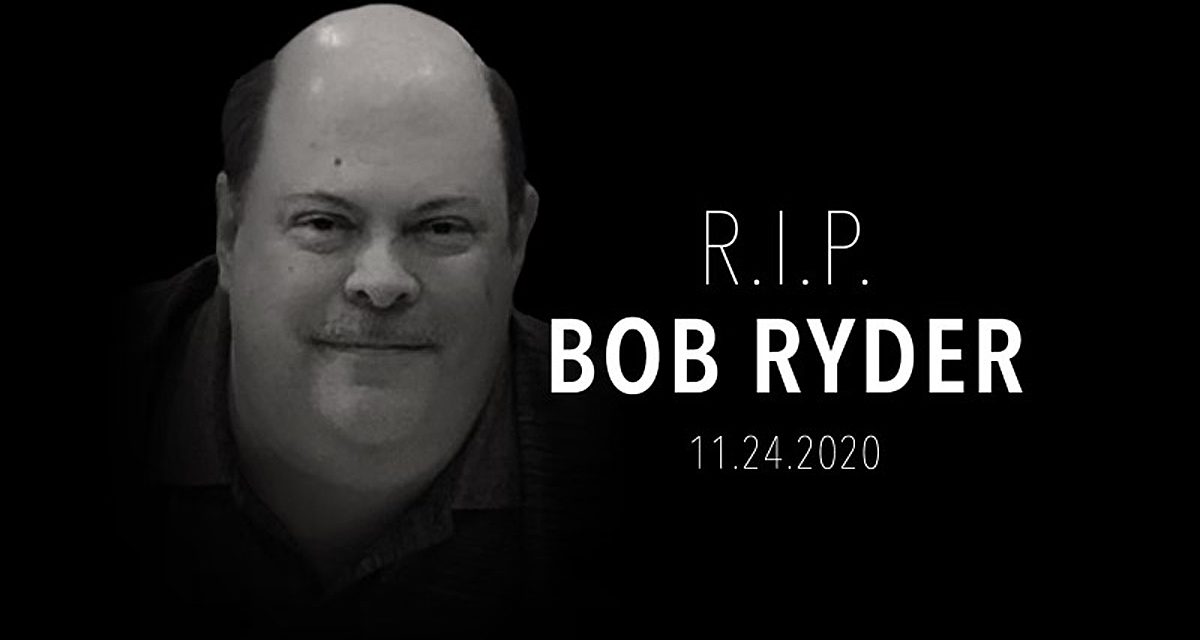 I first met Bob Ryder when I used to make the 80-mile (128 kilometer) one-way drive to cover pro wrestling events for my campus radio show during the inaugural year of the then NWA-TNA.

Bob Ryder could often be seen watching the show afar in the crowd or answering his phone between errands. I recall discussing booking philosophies with Ryder while watching Jerry Lynn, Low-Ki and AJ Styles battle over the X Division Championship, which was taped after the Aug. 21, 2002 PPV. Ryder asked me who I thought would win, and I guessed wrong.

Ryder also granted me an interview after TNA’s 1st Anniversary Show held June 18, 2003. The following is an unedited transcript of our discussion.

RN: What do you have to say to all of the detractors who said TNA would not last a year?

BR: “If they still don’t believe by now that we’re going to make it, I don’t know what we can do to convince them. We had a lot of people who said we wouldn’t make it six weeks, six months, a year, and here we are. We’re here a year later and we’re still kicking. We can’t wait to get started tomorrow morning. We’re going to be in the office bright and early to make next week’s show even better than tonight’s. That’s what it’s all about; we want every week to be our best show. Year one is over and in the books. Year two is just beginning. We’re excited about the direction of this company.”

RN: What do you predict for year two?

BR: Hopefully, we’ve got all of the growing pains out of our system. It’s tough to start a new business. When you start something from scratch, you encounter unexpected obstacles along the way. We certainly encountered more than our fair share of those, but we solved those problems. We’re ready to move forward and we’ve got our staff together. We’ve brought in some new people to help us with affiliate relations and marketing. I think what you’re going to see in year two is a company that’s able to do the things that we need to do to put a good product on without having to worry about the behind the scenes problems that we had to worry about in year one.

RN: Given the past hurdles such as the Jay Hassman situation, do you feel that there are any other hurdles to get past?

BR: Well, you never know. Anything can happen. We expect that most of the difficulties are behind us. We’re all on the same page moving forward from a business standpoint. I think that anybody that watched tonight’s show is going to tell you that they enjoyed it. They saw a lot of total nonstop action. That’s what the company is all about. We’ve got some of the most incredible athletes in the world. The X Division is innovative and creative. It’s what we’re all about. Given guys like Kid Kash, AJ Styles, the Amazing Red, Low-Ki, and Jerry Lynn the platform to go out and do what they do best and not worrying about whether they are the opening match, the main event, or anything in between. We don’t have a glass ceiling here. We put the best athletes in the world on stage every Wednesday night and give them a chance.

RN: What do you think about Edge’s comments on WWE.com regarding a TNA match and this past Saturday’s edition of Confidential, which featured Sting’s last match on Nitro inadvertently giving TNA some free publicity?

BR: I know they’re watching us. You can tell that by just watching their program because they’re changing to incorporate some of our ideas into their promotion, and I don’t blame them for doing that. They’ve got problems that they need to deal with creatively. If we’re doing something that’s working, I’m sure you going to see more of that kind of thing on their show. Of the same token, we’re going to look at what they do well. We’re going to probably try to do some of that. There’s not a whole lot of original ideas in the wrestling business. We try to go out and do what we do best and have every week be our best Pay Per View and they do the same thing. I’m happy that they’re watching. I hope they continue to watch and we’re going to continue to do what we can to make sure our show is the best it can possibly be.

RN: Any idea as to when the DVDs, videos and video games are going to be released?

BR: As far as DVDs and videos, we’re in the process of finalizing things with that. We’ll probably have an announcement in the next week or two. We’ll probably start out with some best-ofs, recap shows, maybe a best of the X Division. We may release something focusing on the tag team situation, Jeff Jarrett’s road to the title, and perhaps something on AJ Styles. We also may release a hardcore, sort of a ladders highlight tape. That’s going to happen in the near future, probably within the next 30 days. We’re talking to four different video game companies who are in the process of giving us bids. We’ve got one solid bid that we’re considering but we’ve got three other companies that want to bid. That announcement should come soon as well.

RN: 1wrestling.com has been under fire lately with criticisms that say it’s siding with TNA and trying to make the WWE look bad. What do you have to say in response to those comments?

BR: They can say what they want and think what they want. I don’t tell the columnists what to write at all. They’ve been very critical when it’s warranted. We’ve had a lot of negative comments made on 1wrestling.com about this product. If what people are saying now were true, I would have stopped that. I do own the site. I have a partner, but I own a majority of it. I control the site, and I can stop it at any time I want and I haven’t. It’s really kind of silly for people to even think that. We’ve had a lot of negative things said about the company in a constructive way. Nobody should ever mind constructive criticism. If our columnists like something, we expect them to write that. If they don’t, they’re free to write that as well.

RN: Someone used their discretion and pulled down Russo’s column on Raw.

BR: Actually, I didn’t. It was pulled down at the request of Vince Russo and TNA management. That was not a 1wrestling.com decision. I would have loved to have had it up and hoped it could have returned. I think that it was a well-written column and it gave a different perspective coming from someone who had written that show before criticizing it. I thought it was a pretty interesting combination of something that would have had a lot of potential to really give fans a new way of looking of how they criticize shows.

RN: A fair amount of people are saying that the TNA shows as of late have been “Russoed” down so to speak. What do you think about the people who are always saying that there is not enough wrestling?

BR: I think they need to watch our show and compare the wrestling on our show with other shows. We are total nonstop action; certainly, we are going to have character development segments. That’s going to happen, but we would put our show up against the WWE any day of the week as far as wrestling versus wrestling.

RN: Is there a chance of getting a TV deal within the next year?

BR: You never know. We’re trying to expand our syndication network. We’re getting more stations for Xplosion. We’re talking to several different people in the cable industry about the possibility of putting a weekly free TV show on but we would never, at this point anyway, consider stopping what we’re doing as far as pay per views.

RN: Do you have any parting words for all the fans out there?

BR: I just wanted to thank everyone who supported us in year one. We couldn’t have made it this far without the support of a lot of people that are listening to this. I would also like to thank everyone who was involved behind the scenes with TNA. We’ve got the best staff in the world and some of the best talent in the world. I’m very proud to have been a part of it, and I’m looking forward to year two. I just hope people will give us a chance and check us out. If you’ve never watched us before, tune in. It’s not very much money, $9.95 a week. That’s not very much for the kind of show that we put on and I think that you’ll enjoy it.

RN: Thank you so much for agreeing to do the interview.

What sticks out to me in retrospect is just how much of a company man Ryder was then and up until his death.

IMPACT Wrestling released a touching statement by Anthem Sports & Entertainment executives Ed Nordholm and Scott D’Amore describing Ryder as the heart and soul of the promotion. I do not profess to have known Ryder like so many of his contemporaries because we only crossed paths a handful of times but I am forever grateful for the professionalism he showed me when I was a just college kid with a tape recorder.