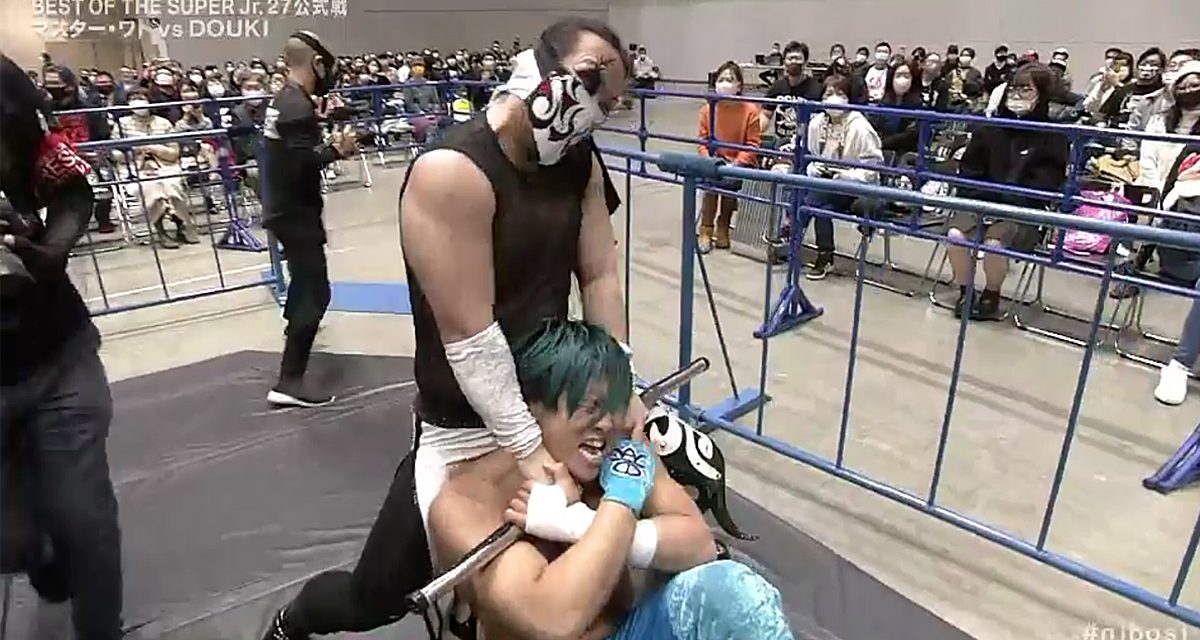 Another chapter was written in the bitter rivalry between Master Wato and Suzuki-gun’s Douki at night five of the Best of the Super Juniors.

Douki began the evening in a very grumpy mood. He takes a swipe at Milano Collection A.T. with his steel pipe while on his way to the ring. He also slugs Wato from behind with it as he is about to pose for the fans. Douki goes to town whacking Wato across the back, neck and head before throwing the pipe away. Douki clubs Wato across the back as Wato fumbles with his jacket.

A hurracanrana flips Douki over. Wato drop kicks Douki out of the ring. The match spills to the floor with Wato going for a splash. Douki shoves two Young Lions into Wato’s path so he escapes uninjured. Wato hits the Young Lions head-on and the ringside barrier. The official checks on Wato to make sure he can continue as he lays in a heap on the arena floor.

Douki picks up his pipe but the official is there to warn him not to use it in the match. An enraged Douki throws him aside. He hits Wato’s mentor – Hiroyoshi Tenzan – in the stomach and over the back with it. Douki decends upon Wato strangling him with the pipe. The crowd encourages Wato to shrug off the attack and get back to his feet.

Douki interupts a Wato comeback with a DDT and a running stomp to the chest for a two count. Wato catches Douki coming off the ropes with an elbow to the stomach and a series of kicks. Douki bails out of the ring. Diving out of the ring, Wato connects this time with a running hurracanrana off the apron and another splash.

Douki drop kicks Wato into the official. The official fumbles and falls as if he was shot by Agent 47. Douki reaches for his pipe again cracking Wato in the stomach and the head as he bounces off the ropes. Douki revives the official for a two count. An angry Douki screams at the sky. Wato slams Douki to the mat with his rat trap driver and gets the three count with his Corkscrew senton bomb from the top rope. 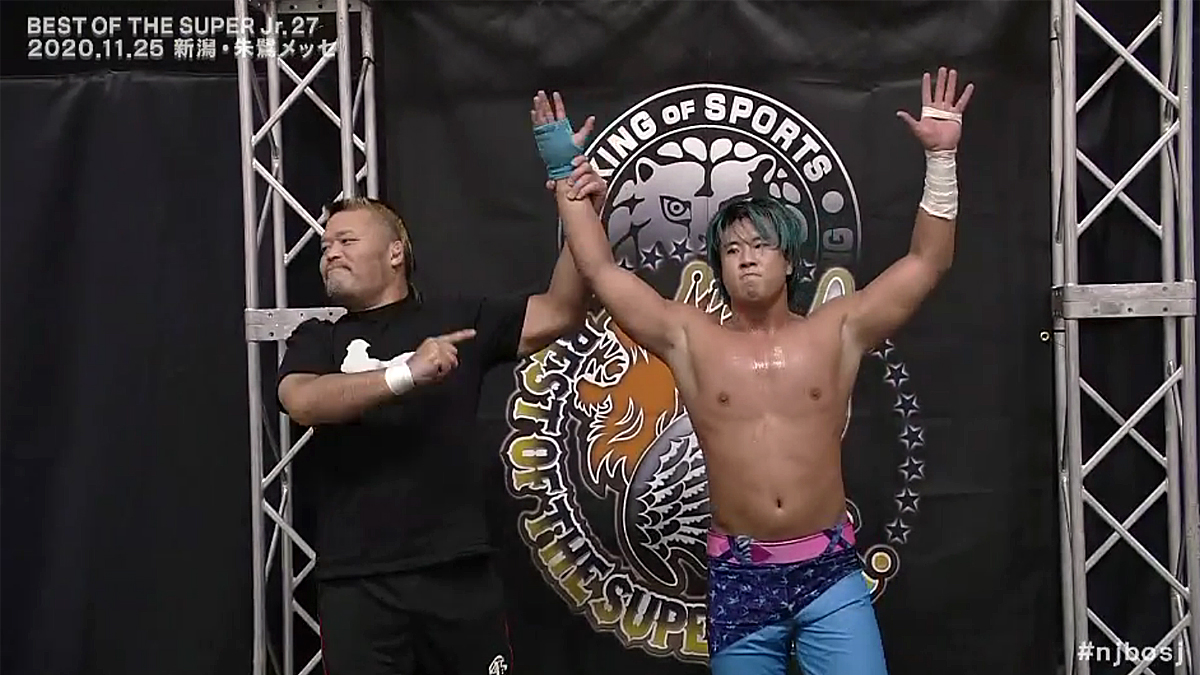 Okay. Okay. I think NJPW is pulling our legs. ONCE AGAIN, Kojima wins by pinning Kidd with his Lariat.

An impressive victory from Bushi as he stuns Taguchi with an MX from the second rope.

The match could have gone either way. Ishimori’s Bloody Cross scores him another two points.

Desperado flips out of the Shock Arrow to put Sho away with Pinche Loco.