Behind the Gimmick Table: Vampire Lestat and his bloody good merch 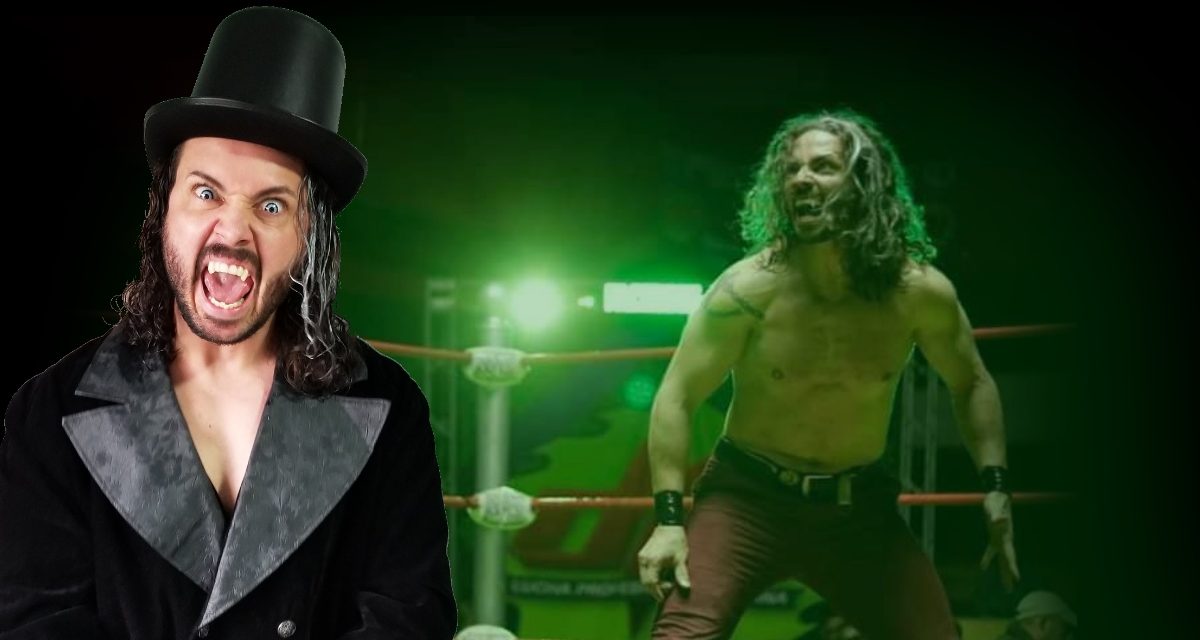 “The Omen” Gabriel Lestat is a pro wrestling vampire. To the layman it may seem like a cliche. But surprisingly despite vampires being one of the most enduring archetypes through all ages and cultures, your average obsessive pro wrestling fanatic can probably only name less than a handful of such sports entertainment ilk.

Long before sinking his teeth into this untapped market, pro wrestling bit into him. He described the moment it happened for SlamWrestling.net, saying that “around ’92 I came across WWF at the time on TV and instantly: Bret Hart! He looked like a hero to me, there was something about him. So I grew up liking his style of wrestling.”

Although his fandom would remain a constant, his consumption of wrestling media would be limited to TV through his adolescence. Lestat’s parents were more solidly behind his other interests which occupied most of his free time, athletics like soccer and other sports. 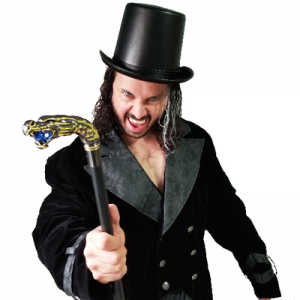 During his childhood in Edmonton, Alberta, he accumulated action figures, and his roster of toys were drafted to the ranks of his homemade ring upon discovering wrestling. “I cut the bottom of a box out and it was essentially a platform. [I] put pens in each corner and used elastics as ropes. GI Joes were very good because they were very flexible.”

One memory stands out, highlighting the perpetual hallmark collectible of the era: the big solid rubber WWF LJN Superstars. “My mother came across one while she was walking. She picked it up off the ground and brought it home to me. It was George Steele. His head was carved up like he wrestled Abdullah the Butcher.”

As he progressed through high school, the collector bug infected him. ”Wrestling was starting to pick up. I had more money I could spend. I bought Bret Hart action figures… I followed Bret to WCW, I was a bitter fan and turned my back on WWE. I watched Bret on Off the Record and I’m like: they screwed him.”

But bitterness would not stop Lestat from trying his own hand at the pro wrestling business and he did so in 2004 as a trainee at Edmonton’s Monster Pro Wrestling.

During this time, his relationship with wrestling merch would take a number of turns. “It [was] frowned upon to show that you’re a wrestling fan… they use the term mark in a derogatory manner and you don’t want to be that wrestler who is a mark. In a sense they want you to be original.”

His mindset would gradually change as technology and merch evolved. He saw collecting DVD releases as an opportunity to study and some of the more detailed figures such as the Jakks Unmatched Fury series more so as “statues… that paid homage and respect to the wrestlers” they represented. 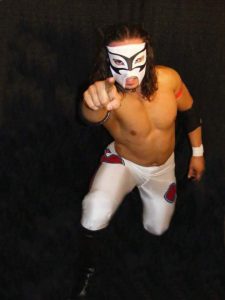 He debuted in the ring as a masked luchador called Eclipse. But it wouldn’t be until years later that he would truly capitalize on merch beyond 8×10 photos and T-shirts and the success that a connection with supporting fans could bring as “The Omen.”

As “The Omen,” he would fully embrace all that gimmickry could bring in and out of the ring. He would include a pair of plastic vampire fang mouthwear with the purchase of his photos and even designed a logo which was featured on his gear and merch options.

His merch game would once again level up upon scoring an opportunity to tour Mexico for two months after an impressive showing at a scouting seminar in Winnipeg. 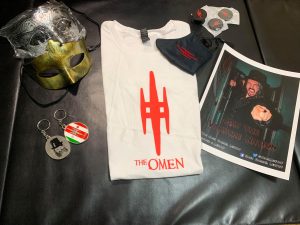 A selection of “The Omen” Gabriel Lestat merchandise

The merch game in Mexico was an unexpected culture shock. While merch was plentiful, the payoff was very little. “There were two ways to make money. If a match is good enough fans throw money into the ring kinda like for  strippers. A tip.”

In North America, merch is generally available along the entrance and perimeter of the venues; in Mexico the gimmick table is the ring itself. Before events the wrestlers occupy the ring, draping T-shirts, scarves and more on the second rope, and the apron is where other items like keychains are displayed. As ringside barriers are uncommon in Mexico, and the pre-show market is a very accessible to everyone.

The differing rituals also extend to social media post-show as well, as wrestlers will share post-show pictures of all the money they made with their masks, shirts and other merch laid out. 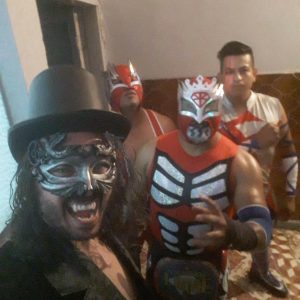 Lestat would end up taking home key chains featuring his logo thanks to luchador Jeff Killer, who designed and produced many of the wrestlers’ merch.

During the COVID-19 shutdown Lestat has remained connected to wrestling and is still merchandising. He has an Instagram Live show every Monday evening since the first shutdown in March and has masks for sale which have been an internationally successful seller for him