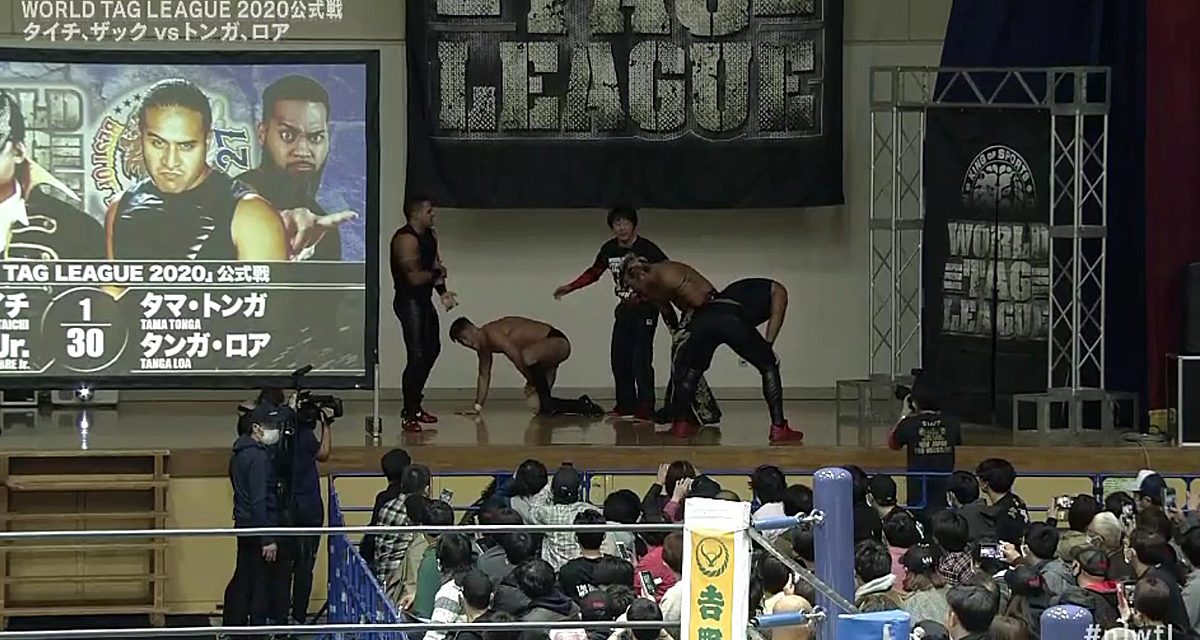 After being absent for most of the year due to the pandemic the Guerrillas of Destiny continued their NJPW comeback defeating the current IWGP Tag Team Champions, Dangerous Tekkers (Taichi and Zack Sabre Jr.) at the World Tag League tournament.

Before the Suzuki-gun team could jump start the match as they usually do, the Guerrillas beat the snot out of Taichi as he was singing his lousy song. Zack Sabre Jr. came running down the entrance way to save his partner as he was stomped and kicked into the mat.

“You cheeky bastards!” yelled the World’s Most Electrifying Wrestler as he dove through the ropes so that the Guerrillas could swarm and maul him too.

Despite the mugging going on the official calls for the bell to be rung. The brawl went to floor where all four men fight up the entrance way. Taichi slammed Loa into a corner of the stage. Everyone ends up throwing hands on the stage as Red Shoes pleads with them to return to the ring. 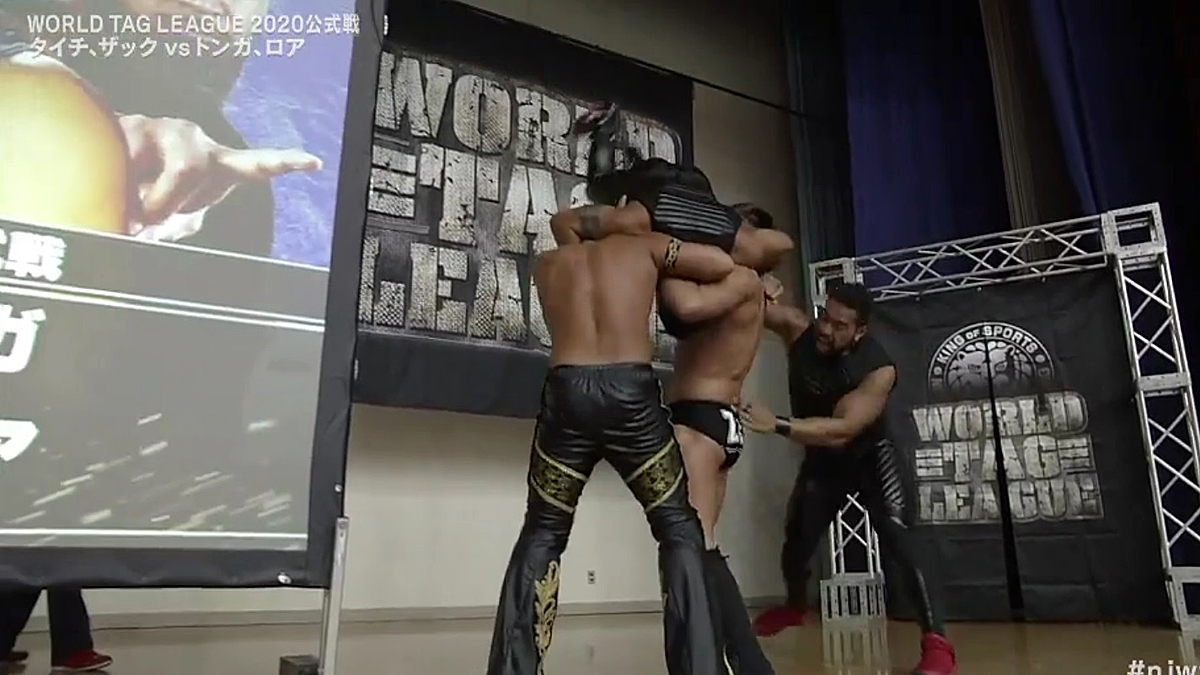 The Tekkers try to suplex Tonga off the stage. Courtesy: NJPW.

Once back in the ring, Suzuki-gun took over with the match resembling a Tornado Tag Team rather than a regular tag team match. Taichi took Tonga outside choking him with an electrical cord. The match went back to the stage where the Guerrillas were put in dueling submission holds. The Tekkers raced back to the ring hoping G.O.D. would be counted out. The Guerrillas barely beat the count.

The winning streak continues with another Lariat from Kojima.

Fale accidentally clotheslines Owens. Fale takes a harsh tumble over the ropes as Shingo clotheslines him. Sanada pins Owens with a bridging pin.

Henare is pinned by Goto and Yoshi’s double-team finisher.

Ishii and Yano complain that Dick Togo is at ringside. Yujiro whips Yano into a corner. Evil removes the turnbuckle so that Yano eats steel. Evil hurls Yano into the ringside barrier as Ishii is thrown by Yujiro into the exposed buckle. Togo lays in the boots to Yano on the floor. Yano and Ishii are shoved into each other. Yujiro low-blows Ishii while Evil does the same to Yano. Yano is pinned with Everything is Evil.

In an incredible move, Cobb reverses an Acid Drop, hefts Finlay up onto his shoulders for a Tour of the Islands.

Winners: Jeff Cobb and The Great-O-Khan