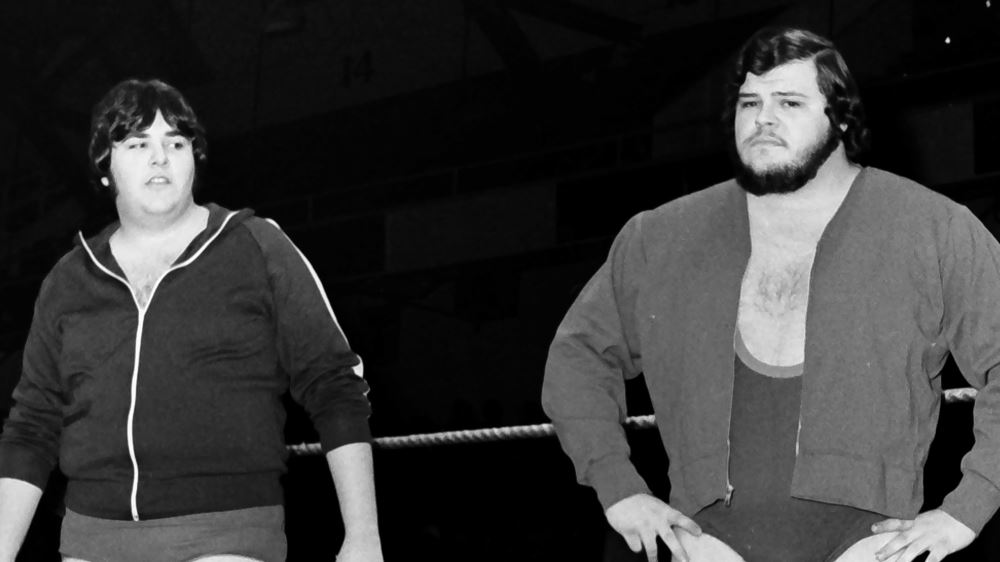 I got the word on Wednesday that Sylvano Sousa had passed away from complications from COVID-19. He had been ill for just 10 days, with the virus doing what it does best to those with underlying conditions, which is take advantage of their immune system’s deficiency, and in many cases, cause death. Sousa had major back surgery in June, which I am sure didn’t help.

Sousa is a name that many fans from the northeastern United States are familiar with, primarily from his many years as enhancement talent with the WWWF.

Sylvano and I had reacquainted ourselves this past year, when he friended me on Facebook. We had not spoken for decades, but I was connected to him. He was my tag team partner for a memorable (for me at least) wrestling match against “The American Dream” Dusty Rhodes. I foolishly decided to enter a WWWF ring at the age of 20, and was booked a television taping at the Philadelphia Arena on January 10, 1978. You can watch the match below:

Sousa was one of the boys who knew me as a photographer and writer for the newsstand wrestling magazines. Several months before, I was shooting some publicity photos of him in Worchester, Massachusetts. I was sent there by Vince McMahon, Jr. to take some promo pictures of the “preliminary boys” for the office.

So, it was a surprise to him when he saw me in the locker room, changing into my gear.

We wound up being paired up to face Dusty in a handicap match. I was a disaster, and Sylvano was the seasoned enhancement guy. We wore the same color singlets, and had similar builds, but that was where the similarity ended. He knew what he was doing in there, and I did not. My debut, was also my farewell as a WWWF “wrestler.” Sousa continued working for many years, and was a mainstay of the federation. He also achieved some success outside of the WWWF.

William Sousa was originally from Providence, Rhode Island, and went to East Providence Senior High School. He was a big boy, so pro wrestling made sense. He started as a teenager by suggesting to the wrestling promoter at the Jack Witschi’s Sports Arena in Attleboro, Mass., that instead of paying him to be in the audience to give him a job. He started by sweeping up after the matches, then ring assembly, and finally as ring attendant which brought him into the locker room where he met Bruno Samamrtino. It was on-the job-training with Bruno that got Sousa started and he received further training when on an All-Japan tour.

It is almost unfair that he is remembered mainly for his WWWF losses, as he worked across North America at various times. A tour of Japan brought Sousa to worldwide attention (and further training) during the All-Japan Pro Wrestling Summer Action Series in 1976. He fought opponents such as Hiro Matsuda, Giant Baba and, in a rare at the time gaijin versus gaijin battle, he lost to “The Destroyer” Dick Beyer.

Sousa was a champion too, but under a different name than Sylvano/Silvano Sousa. Out in Western Canada, in Stampede Wrestling and the Vancouver-based All-Star Wrestling, he was known as David Silva. He won the All-Star Canadian title in May 1982, losing it after a short while to promoter/wrestler Al Tomko.

But in the WWWF, in the later 1970s and just prior to the national expansion in 1983, Sousa was a regular at TV tapings and at house shows, almost always on the losing end. He continued to wrestle and promote, which is a big part of the reason he was inducted into the New England Pro Wrestling Hall of Fame in 2013. “Silvano has been a huge part of New England in and out of the ring, whether it be wrestling or training, and he finally gets his place in the New England Pro Wrestling Hall of Fame,” reads his Hall of Fame bio.

Personally, for the past several months I tried unsuccessfully to book my former tag team partner on my Pro Wrestling Spotlight live streaming show on Facebook/YouTube to talk about the night we wrestled Rhodes, and get his perspective on than night. He agreed, and then had to postpone because of the surgery. We kept in touch, and recently, I was in the process of rebooking him, but didn’t hear back

Then came the news that he was facing down COVID-19, and then on November 18, 2020, I received several messages from a few of Sousa’s close friends, Bob Verhey and Ted Bolduc, breaking the sad news about his untimely passing.

Bob mentioned that Sousa said our match was a favorite of his ironically, and that he used to call me “The Kid” when they spoke about me.

My memories of Sylvano will always be tied to that night when we faced the Dream. I hope they are having a hearty laugh about the night this “kid” entered their world, because as I write this, I am smiling, proud to have learned it was meant something to one of them.

Godspeed to you, partner. 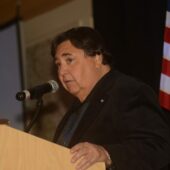