Wato and Sho lead Best of the Super Juniors 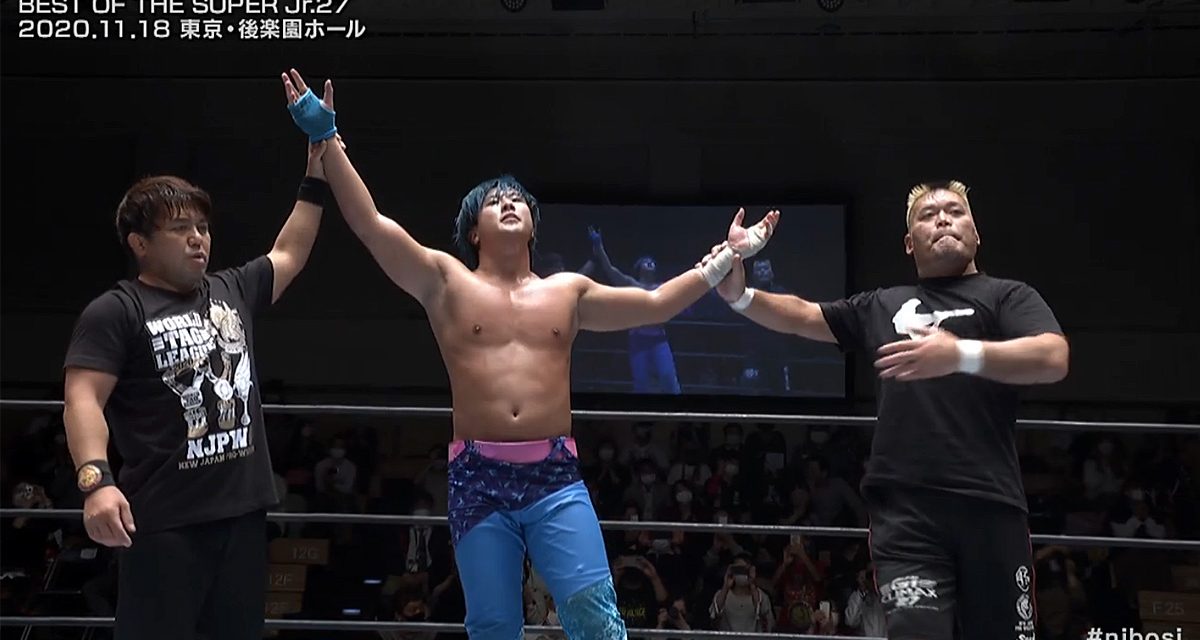 Master Wato and Sho of Roppongi 3K fame have moved into the top of the Best of the Super Juniors bracket with four points each.

In one of the best matches of the tournament thus far Master Wato defeated the lightening-quick Robbie Eagles. Wato put a stop to Eagles working over his leg and knee by drop kicking him as performed a springboard off the ropes. A splash on the floor which sent both men into the barricade also took some of the starch out of Eagles.

Eagles returned to form wrapping Wato in a leg lock. Eagles was forced to break the hold when Wato reached the ropes. The match broke down into a slugfest in the middle of the ring with both men trading punches and kicks.

Wato put his knees up as Eagles dove off the top rope and came close to pinning him with a roll-up. Wato drilled Eagles with his Tombstone Driver, climbed to the top and pinned him with his Spinal Tap splash.

Sho has his hands full with Douki who, as we know, isn’t adverse to breaking the rules. Before Sho could remove his hoodie or the bell could ring, Douki blindsided Sho. Sho recovered to drop kick Douki right off the apron and ran across the apron to kick Douki in the face. 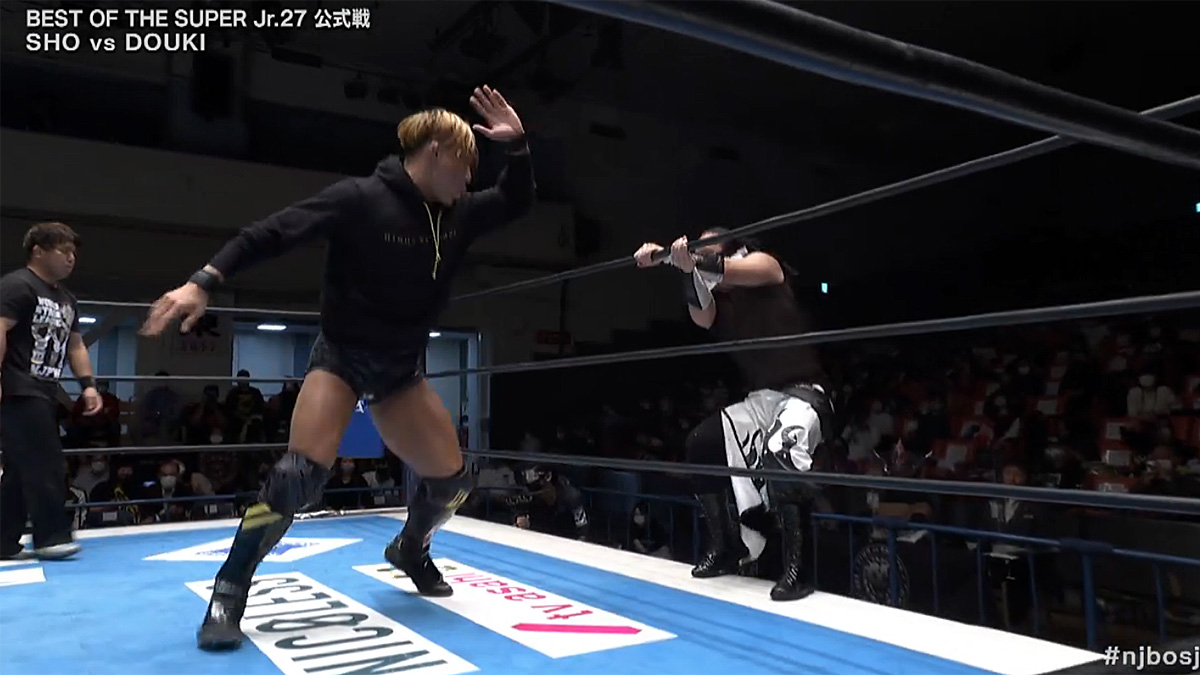 Sho received an ovation for throwing Douki back into the ring and not into the ringside barrier. Douki did not give Shop the same courtesy minutes later though. He also shoved the official out of the way to drop Sho with a neckbreaker on the arena floor using his steel stick.

Sho kept Douki at zero points in the tournament with a clothesline, a straight-jacket piledriver and a Shock Arrow.

Kidd fights hard but is pinned by Kojima’s Lariat.

Bushi pockets two points after giving Uemura a Go To Sleep of sorts.

Sho versus Douki – Best of the Super Juniors Tournament Match

Ishimori wins a clash of the roll-ups by holding Taguchi’s trunks and pulling them down…a little too much. As Taguchi tried to explain to Red Shoes, the official helped him pull his trunks back up.