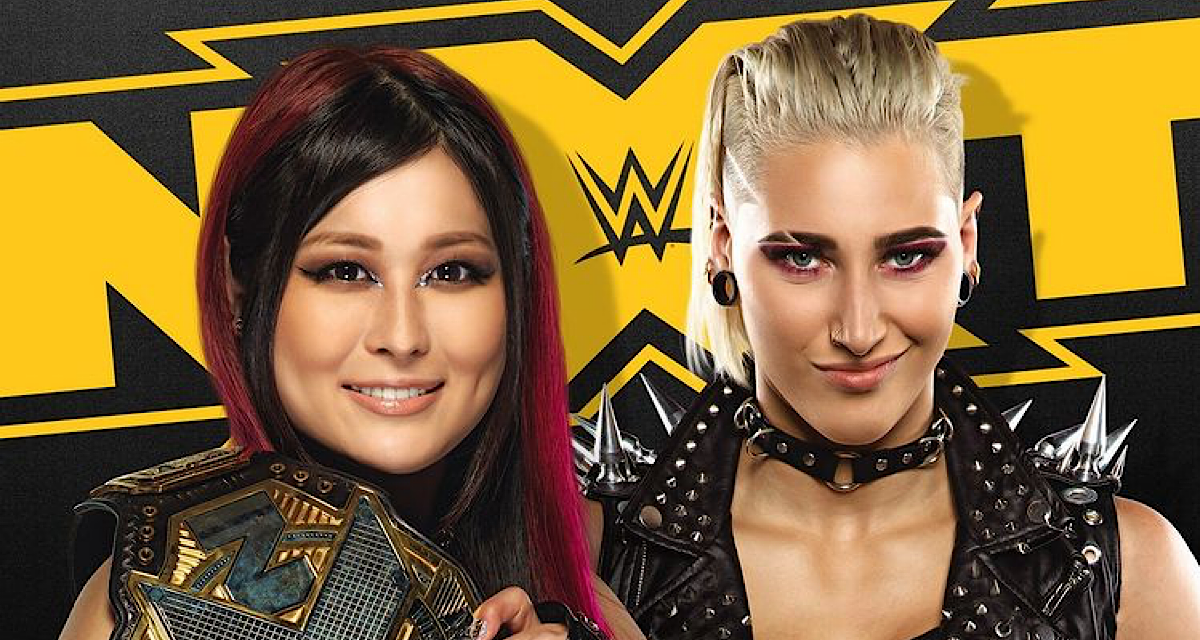 Seemingly every major championship on the yellow brand has something to get behind, and that’s certainly a recipe for success. Following a handful of drab weeks without NXT Champion Finn Balor and the entire Undisputed ERA for that matter, the NXT backbone is back into place heading into War Games on December 6. The women’s division showcased an outstanding championship match between champion Io Shirai and challenger Rhea Ripley, and even new North American Champion Leon Ruff showed that he belonged tonight. Did this episode restore some NXT normalcy? Things are looking upwards heading into NXT’s next special event.

Ruff makes his first North American Championship entrance before an awesome video package puts himself and the title victory over. Unfortunately, the former champion Johnny Gargano interrupts and throws a cheap shot preceding the match. Gargano has the opening advantage, but Ruff uses quick speed and impressive aerial maneuvers to come back. The former champion reverses the Crucifix and delivers two Lawn Darts before Damian Priest appears onstage, later pulling Ruff outside from a cover. Priest says, “I’m sorry, kid” and punches the champion to end the matchup. Therefore, by disqualification, Ruff retains the title.

Cameron Grimes cuts an ecstatic promo heading to Gorilla. He doesn’t fear his opponent or the upcoming Blindfold Match made after his attack on Dexter Lumis last week when using a burlap sack to his advantage.

This is inevitably a gag match, but Grimes and his antics make it bearable. He anxiously, blindly feels around this ring while Lumis stands completely still. Grimes mistakenly pummels the referee and smartly takes his mask off, hoping to gain the one-up on Lumis. But of course, Lumis’s unnatural senses avoid the attack, and the unmasked action breaks out. After brawling on the outside, Grimes scales the chain-link barricade and runs away. In the end, this was probably the most anticlimactic Blindfold Match ever.

General Manager William Regal is backstage, scolding Damian Priest for interfering in the championship match. Leon Ruff appears and asks the latter, “Am I a joke to you?” Ruff cuts a heartfelt promo, telling Regal to strip the title off him, but Regal declines. Before walking off, Ruff slaps Priest across the face! In this once-in-a-lifetime opportunity, Ruff is certainly making the most of it.

Shotzi Blackheart is again the postergirl for NXT’s next special event, War Games, on December 6.

The former team works together on Hartwell doing flips and whatnot until LeRae halts the momentum. Eventually, Carter makes the short-lived comeback before LeRae hits a Brainbuster. On the outside, Hartwell holds back the opposition while LeRae stomps Carter’s face into the mat for the pinfall victory. Throughout the match, commentary kept questioning the new heel alliance, wondering what each woman gained from the other. Surely, this question’s on everybody’s mind, because what is actually the answer?

A nice surprise, the match begins with some legitimate grappling and sparring between the two as Ruas gains control. After working down the arm, Kushida makes a comeback and returns the favor with a Kimura. Ruas attempts a kneebar, but Kushida reverses for the out-of-nowhere pinfall victory. This was a pleasant matchup, highlighting some real hand-to-hand combat on the show. More action like this would serve NXT well.

A little overkill on the women’s matches tonight, no? However, Kai and Storm are exceptional members of the women’s division, proving that in the opening minutes before commercial. Moon receives the hot tag and impressively takes out Gonzalez before Kai interferes; Gonzalez takes Moon out with an outside boot. Commentator Wade Barrett can’t get over how great Gonzalez has looked, and rightfully so. Eventually, Storm makes the comeback and hits a scary-looking hip attack before the action breaks loose. After Moon suicide dives onto Gonzalez, Storm wins with the rollup victory. But there isn’t an after party because Indi Hartwell and Candice LeRae attack the victors from behind.

The two immediately start brawling, and Thatcher delivers a belly-to-belly. He pummels his opponent for some time until Grey starts fighting back. The latter attempts a springboard nothing that Thatcher catches with an uppercut, setting up the Guillotine for the submission victory. Thatcher applies the hold once again, but making the save is “Psycho Killer” Tomasso Ciampa. Instead of setting something up though, Thatcher retreats saying, “I’ve got no problems with you!”

Ciampa explains during commercial in a backstage interview that he’s looking to fight Thatcher.

Damian Priest makes an entrance before his supposed matchup, but Johnny Gargano attacks him. They brawl around the ring until Priest throws his rival inside. Then from the corner, Leon Ruff mistakenly takes out Priest but luckily escapes his grips. The North American Champion stands tall… except when Priest and Gargano both eye him down.

Following last week’s crazy angle with Boa and his master, General Manager William Regal, from last night, talked to the former at his apartment. Boa apparently hasn’t reported to the PC all week and says, “She’s coming”, closing the door. A befuddled Regal looks into the camera ‘The Office’ style.

Ripley towers over the champion and slams her into the apron before picture-in-picture. They battle on the ropes until Shirai delivers a huge German and double stomp to start her comeback. From the champions’ kick, Ripley loses blood from the ear which is actually disturbing considering the size of her earring hole. Before the second break, Shirai keeps pressure on the challenger’s left arm. They fall from a Superplex, trade blows, and Ripley cinches the Cloverleaf. She attempts the Riptide, Shirai applies an Armbar, but the challenger reaches the ropes. Eventually, they both counter each other’s finishers before Shirai sends her opponent crashing through the announce table with a Powerbomb. With big moves and physcology, this is seriously a fantastic match! Ripley beats the ten-count, but Shirai dives onto her with the top-rope Moonsault for the victory.

Closing the show, NXT Champion Finn Balor returns! But Pat McAfee and his goons interrupt shortly after, mocking his broken jaw and whatnot. He lists all the wrestlers that the faction has taken out since Balor’s absence, and the group surrounds the ring. However, all four members of The Undisputed ERA storm the ring and chaos breaks loose!

Finn Balor and The Undisputed ERA are back, filling that dreadful void from the last few weeks. The main event was an incredible showing between two top-tier women wrestlers, but unfortunately the remainder was your average NXT show. However, I appreciate NXT going all in with North American Champion Leon Ruff.