Behind the Gimmick Table: Sales advice from the successful dealer Pandelis the Greek 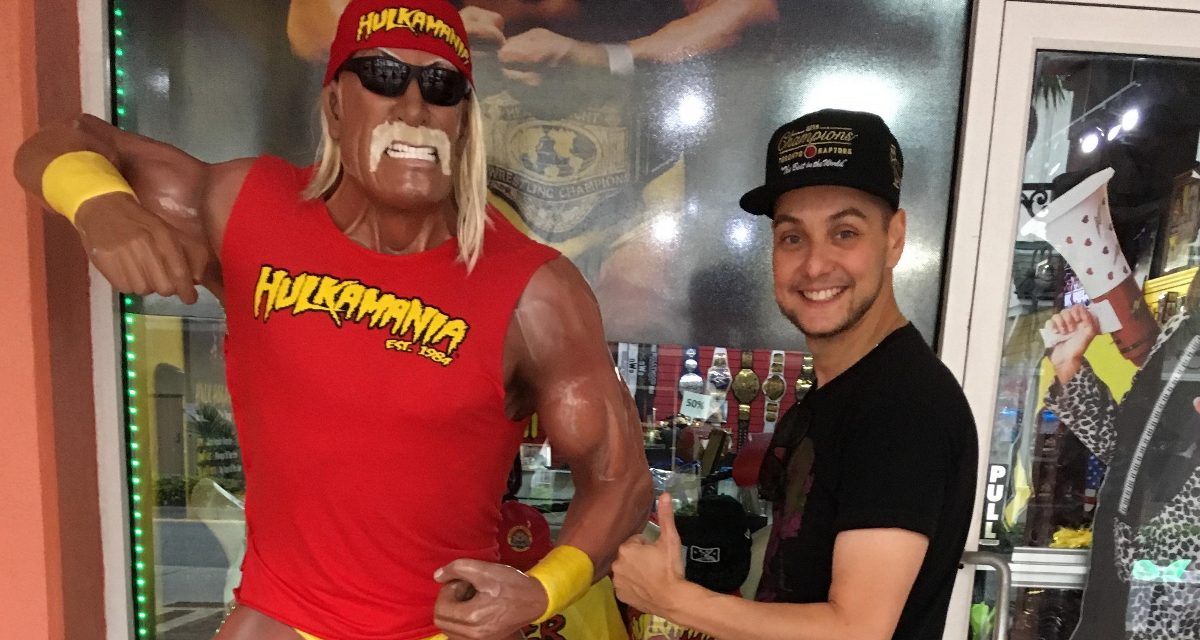 “Pandelis the Greek.” The moniker might suit a wrestler but the man behind the name is just a fan. Well maybe not “just” a fan, perhaps the most prolific dealer of wrestling figures and collectibles in Canada.

Pandelis’ real name is Peter and he’s always been a wrestling fan. Unsurprisingly the WWF TV in the 1980s got him hooked. His Uncle John’s encouragement also helped.

“Theo (uncle in Greek) used to take us to Maple Leaf Gardens to watch WrestleManias on closed circuit television. I fell in love with the over-the-top characters and that translated into me wanting to buy the toys and recreate my favourite matches! It wasn’t until many years ago that I turned selling wrestlers into a side hustle on steroids,” said Pandelis the Greek.

As a child having a pristine collection of mint condition figures was not his top priority as much as expanding his roster for play. The popularity and scarcity of some of the WWF LJN figures helped sow the seeds of his entrepreneurship as a tween. “[I’d] buy figures from friends for a couple bucks that I knew I couldn’t find them myself. It was worth it for them to trade a Big John Studd for a Big Mac.” 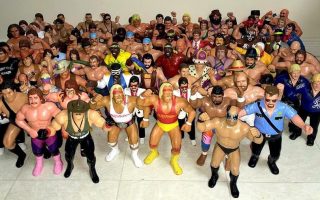 A complete collection of WWF LJN figures that once passed through the stockroom of Pandelis the Greek.

Pandelis’ customer service and networking skills were developed then as well. He worked part time with his father Paul at a Greek restaurant in his hometown of Toronto, Ontario. He would really get his chance to build his not yet bulked-up business muscles when the shop next door became vacant for a couple months. “The owners let me use it to run a [trading] card shop. We even had a name – Card City. Previously it was a jewelry store. They left display cases behind. It worked out that I was able to slip in cards. I’d open up shop after school. Lindros cards were hot!”

Into his later teens, his collecting waned but would come back with a vengeance in his post secondary school days. One friend in particular smartened Pandelis up to eBay to fill out the holes in his collection. In 1999, eBay was in its infancy but Pandelis was able to get in on it and the trends that are now commonplace — on the ground level. “I remember buying [a short haired Andre the Giant variant] off somebody in B.C. I realized there was a market for these things for people like me. eBay was my start for buying in the collecting community and then selling back to the same community, for a small profit.” 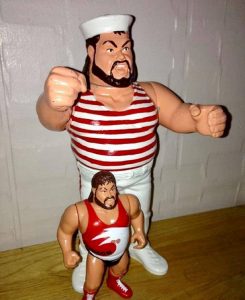 Being involved in eBay since the beginning has provided Pandelis with some exceptional opportunities to hone in on seemingly innocuous listings that turned out to be “Grail” prototypes.

One item was a rare WWF Hasbro Tugboat Paintmaster 2UP prototype of a figure that never made it to market. “When I bought it I was quick to share some photos online in some chat boards. People in community debated where it was real. Ultimately – it was proven to be legit.”

One woman selling the collection of her deceased husband, a former toy salesman, sent Pandelis on the wild goose chase of a lifetime. “She had four or five 1980s WWF bendies figures posted on eBay. I watched the auction closely – checking in on the bidding often. I realized they were prototypes of figures never released to the mass market, by comparing old stock photos I found online. I closed in and bought them for several hundred dollars … only to find out she refused to ship to Canada.” Pandelis enlisted his brother and partner in the figure business George VintageWrestling (aka George) to make the 44 hour round trip drive to Orlando, Florida, to complete the deal. “Once in hand – we could tell they were in fact prototypes of (NAMES) LJN Bendies… Once I posted pics to my Facebook page a number of folks reached out with interest and amazement. Each one ended up in the collections of some high-end collectors for at least 10 times what we paid.”

Over the years, Pandelis has accrued a sizeable customer base, from parents looking for a wrestling figure as a gift to the most discerning high-end collectors and even wrestlers themselves. Some collectors like to keep a low profile and Pandelis always respects that. A few of the more notable clients include: Hulk Hogan (or perhaps his assistant?) who was stocking up his Hogan’s Beach Shop in Clearwater, Florida; Marc Mero who filled out his “Wildman” collection; and Matt Cardona (the former Zack Ryder) the self-proclaimed “Michael Jordan of wrestling figure collecting,” who has been a repeat customer. 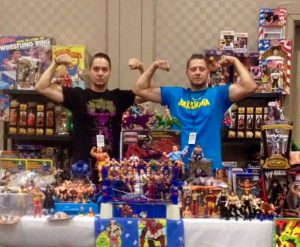 Pandelis the Greek and his brother George Behind the Gimmick Table at a toy show.

When asked about the secret to his success, Pandelis gave SlamWrestling a succinct list of three key “Triple H” points: 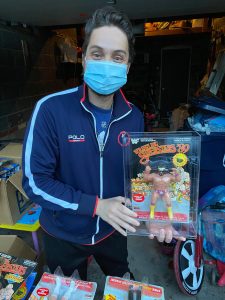 Pandelis the Greek shows off a specimen from his “Jackpot” Pandemic LJN collection score.

During this COVID-19 pandemic, many are also choosing to liquidate their collections. This led to a recent score that Pandelis described as “the wrestling figure jackpot of a lifetime” when he was cold contacted by someone in Niagara Falls, Ontario, through a Kijiji ad. After much negotiation over crates of mint on card LJNs, Pandelis and George drove away with “the equivalent of a brand new BMW worth of figures in the back of my SUV.”

He eagerly awaits the day he can once again sell his wrestling wares live at toy shows too. “I only did my first toy show four years ago… because online was just so successful,” he said. 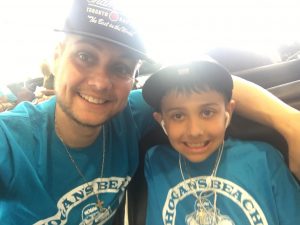 Pandelis the Greek and his son Terry.

After that initial show in Burlington, Ontario, he tried his hand at another bigger event closer to home and now makes it a yearly family ritual for himself, his brother and son Terry — who shares his name with Pandelis’ father-in-law and his all-time favourite wrestler Terry “Hulk Hogan” Bollea.

“The traffic at our table would get pretty crazy and I couldn’t believe how many folks recognized us from our online pages.  I enjoyed the connection and the people I connected to. I guess I’m a salesperson at heart.”