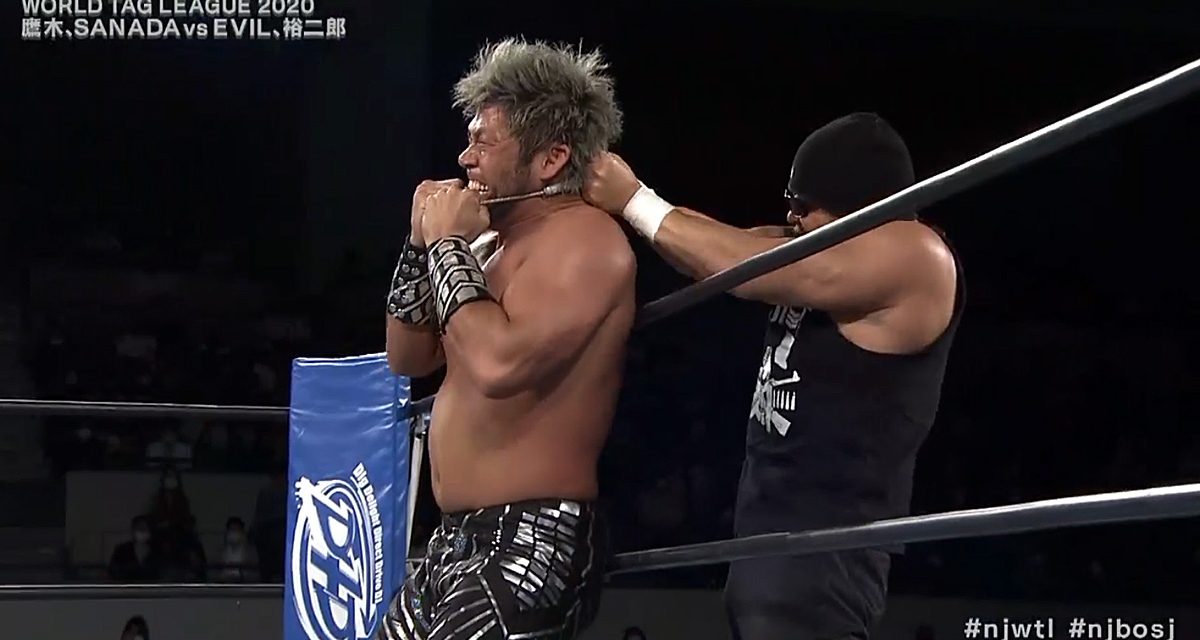 During the first night of the combined 2020 World Tag League and Super Juniors tournaments NJPW welcomed back a number of wrestlers who haven’t been able to work for the promotion since the start of the pandemic.

Bad Luck Fale, David Finlay, The Guerrillas of Destiny and Robbie Eagles all returned to an appreciative crowd at the Aichi Arena. The big news of the night though was the newly-formed Empire faction may have found a new member as it was revealed that Jeff Cobb was The Great-O-Khan’s mystery partner for the tournament. 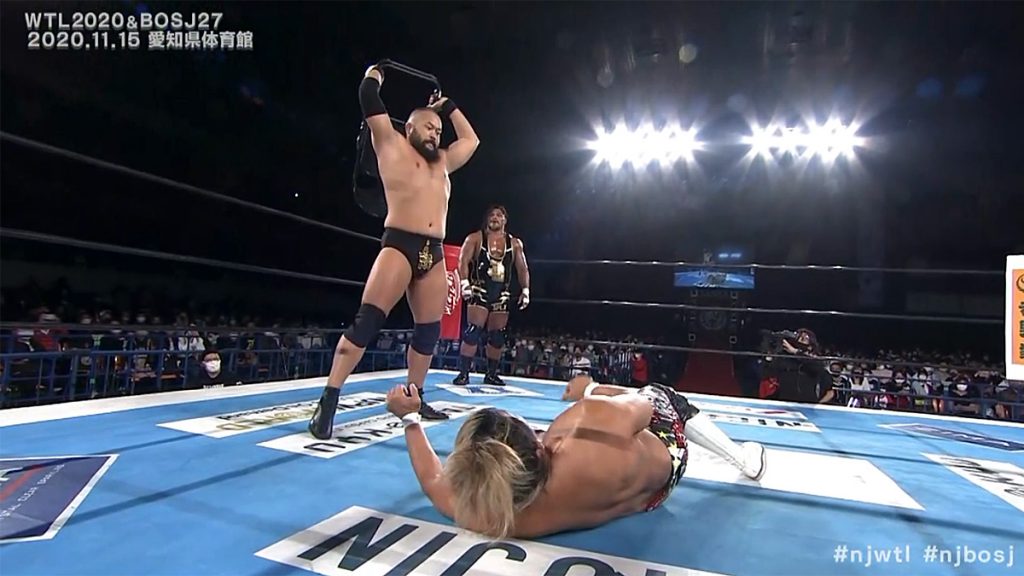 Khan and Cobb were up to no good once they defeated Toa Henare and Hiroshi Tanahashi. Great-O-Khan threw Tanahashi back into the ring to put The Ace in a leg lock as Cobb took care of the Young Lions who came to Tanahashi’s aid. Great-O-Khan bashed Tanahashi’s knee with a steel chair seemingly injuring it for the thousandth time. Poor Tanahashi.

So awesome to see the big man, Bad Luck Fale, back in action. He chases off the announcer as soon as he steps into the ring. Yano attempts to slam Fale. We know how that ends. How come Yano doesn’t? Owens splashes Fale by mistake. Yano pins them both. Fale goes mental on Yano slamming and choking him over and over.

Wato makes short work of the Young Lion with his driver finisher.

Great-O-Khan kicks Henare in the head. Cobb gives him a Tour of the Islands. The End. It is an impressive and decisive win from the new tag team.

The best match Douki has had in NJPW. Welcome back, Eagles. He is truly one of the best of his generation. Douki attacks before the bell rings. Eagles turns things around though with his incredible speed and agility. Eagles is so excited to be back he almost flies into the first row during a dive outside the ring. As Eagles tries a springboard maneuver, Douki shoves the official into the ropes. Eagles crashes to the floor. Douki gives Eagles a neckbreaker using his steel staff. Eagles makes Douki tap out.

Sabre Jr. rolls up Yoshi as Taichi chokes out Goto in a corner.

Sho versus Bushi – Best of the Super Juniors Tournament Match

Dick Togo plays spoiler again choking out Sanada with the garrote. Sanada gets his hands underneath to fight it off as the crowd cheers him on. Low blow from Evil, Everything is Evil for the pin.

Taguchi reverses a roll-up to put Desperado away.

A little shorter than one would expect but Hiromu gets the win with a Time Bomb.