Full Gear in person: Great action, too many COVID concerns 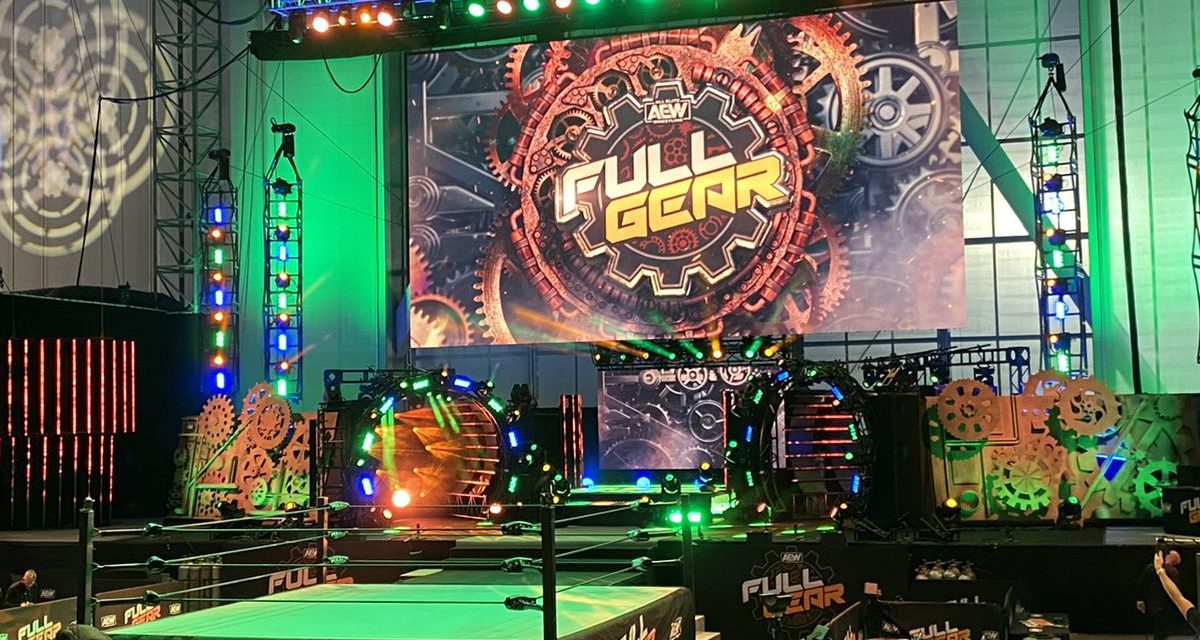 JACKSONVILLE, Fla. — Nobody said putting on live wrestling shows in the middle of a global pandemic was going to be easy.

All told, All Elite Wrestling has handled things very well. No COVID-19 outbreaks among its roster, producing a compelling television show most weeks and adapting on the fly.

When the company allowed fans back into its home base, Daily’s Place in the late summer, everyone was very interested in how the experience would be.

Slowly, the crowds grew inside the amphitheater. Ultimately, AEW put 1,000 tickets on sale for Saturday’s Full Gear pay-per-view, its most aggressive ticket offering yet.

It’s been many months since I’ve had the opportunity to see live wrestling. March 4, to be exact, at an NXT taping in Orlando. The week prior, I attended AEW Revolution in Chicago. I’ve been craving live wrestling. After reading about the experience and also the safety of air travel, I decided to journey to Florida for Full Gear.

There are many things everybody is learning on the fly when it comes to easing back into live events. However, I observed some things that really rubbed me the wrong way when it came to the process.

First and foremost, the parking for the show ended up being about a half mile away from the venue due to the ongoing Florida-Georgia college football game at the adjacent TIAA Bank Field. The solution was to have everyone park in a grass lot and then “shuttle” them to the venue or walk down a dimly lit road.

This was my first sign that this wasn’t going to go according to plan.

The shuttle drivers had zero regard for any kind of social distancing and just crammed as many people as possible on the open-air carts, some of which were being towed by SUVs or trucks. Frankly, this is inexcusable and a huge black eye on the process.

Inside the venue, things were mostly OK. The crowd had their temperature checked heading inside (97.5 degrees F for me) and masks were stated to be mandatory while seated, except briefly while eating and drinking.

This is where I observed some concerning things. Several people within eyesight were notably just wearing their masks as chin diapers for extended periods of time. Then, a group of four several rows in front of me just had no masks anywhere for the second half of the show. Not once were they approached by security (of which there was minimal).

For this to continue to be a safe environment, the security at the venue needs to be all over things such as this, especially as the capacity limits rise. Fans are such a huge component of AEW shows that losing them again because of lax enforcement of the rules would be a huge blow to the company.

On the plus side, the seating plan was extremely well laid out. I had no one in the row behind me or in front of me and no one within four seats of me on either side. In addition, giant fans above the seating area kept air flowing and moving the entire night.

The things that could be controlled beforehand went off without a hitch. However, the parts that required human enforcement or judgment, were completely embarrassing.

In terms of the show itself, it was, pardon the pun, dynamite. The crowd had its ups-and-downs, but really made for a great atmosphere and even allowed one to get lost in the moment at times.

To no one’s surprise, the crowd treated each match with respect, even if not as lively during some as others, but the biggest ovations of the night were of course the two title changes — Darby Allin defeating Cody for the TNT Championship, and the Young Bucks finally capturing the AEW World Tag Team Championship from FTR. Surprisingly, Thunder Rosa received one of the biggest reactions of the night when she came out after the NWA Women’s World Championship match and you can really tell John Silver is starting to gain some big traction with the audience from his stellar appearances on Being The Elite. 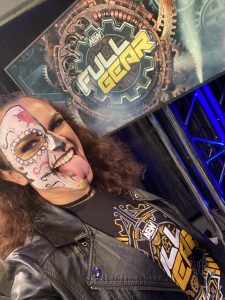 Thunder Rosa tweeted out this photo at Full Gear.

The main event did fall a bit flat live. The AEW World Championship match between Jon Moxley and Eddie Kingston came in with a great build and a ton of intensity. However, that intensity was completely lost inside the building. With the setup at the venue, everyone is extremely far away from the ring. With it being an I Quit Match, my expectation was that it would be similar to a WWE I Quit Match, where the referee has a mic and is asking the competitors if they quit. While somewhat hokey, it does allow for the grittiness of the match to come through to all.

Being so far away and no video boards showing the match (unless action spilled outside the ring — which was a marked improvement from my last show here January 1), this was a very detached feeling for most in the crowd. In fact, there was almost no reaction to the ending of the match because nobody could hear Kingston say the words, nor did they believe the match was going to end at that point. I would be 100% certain this match worked a lot better for the television audience than it did for the live crowd.

The show itself was a huge hit. Pretty much every match delivered big. From a wrestling perspective, this was a home run. For me, when it comes to attending live wrestling shows, the old adage in wrestling is “never say never,” but unless more enforcement steps are taken, having to constantly worry about the selfish actions of those around me takes the fun out of it. Now that my itch is scratched, at this point, I’ll enjoy watching the shows on my big screen TV at home for the time being.