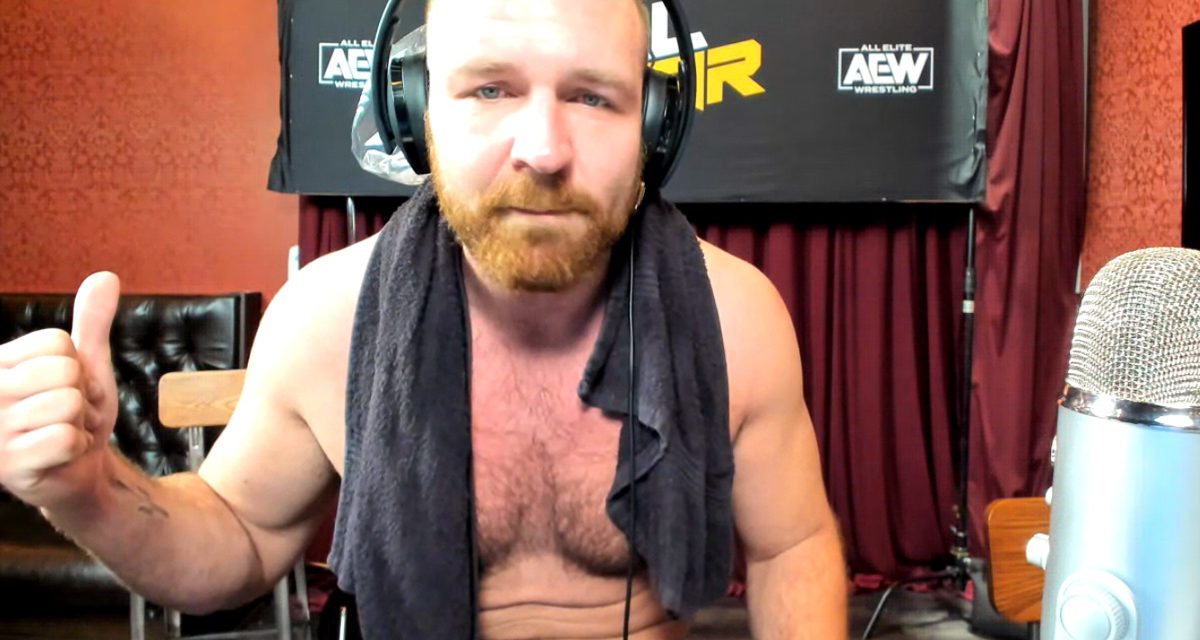 After successfully defending the AEW World Heavyweight Championship against Eddie Kingston at Full Gear, Jon Moxley sat down with with the media to answer a few questions about the past, the present and the future.

What it was like to work with long-time friend Eddie Kingston?

Jon Moxley: “I liked the whole thing. I thought it was good. Maybe everyone hated it but I thought it was awesome. I think I can say good things about Eddie now because our beef is squashed.” (Laughs)

“The way this all kind of came about is that I got at 2:30 in the afternoon and I had a whole other set of plans for Lance (Archer) and ideas that I had pitched and Lance tested positive.”

“It all just made perfect sense. Kingston hasn’t had a big name on the stage for very long but I know this f—–g guy. I know me and Eddie can sell this in four weeks. I know we can. I had all the faith in the world in him.”

“Whoever Tony (Khan) has put in front of me, whoever he wants me to work with, I will work with that person. I will do my absolute best to get them over and make them better than they came in. I want to have different styles of matches as I can wrestle any style. High fliers. Technicians. Monsters. Hardcore matches. Wrestling matches. I can do any f—–g style. I can do bloodsports on Sunday and do a crazy hardcore match on Wednesday and do a dirty ‘I Quit’ match like tonight to show my versatility. Whatever they have put in front of me I have taken.”

“It was so easy. After we do the thing where he attacks me and he is talking all of his trash I was like…Dude, all we need to do is promos. We don’t need to do any crazy angles. He doesn’t need to hook my foot when I am running the ropes or anything stupid like that. We don’t need to overthink it.”

“I sent Tony (Khan) a YouTube clip from Nick Diaz and Paul Daley at Strikeforce and said we will just have this kind of atmosphere. It turned out better the way we did it. I didn’t know what Eddie was going to say but I knew the story. It was effortless.”

“Eddie and me, we don’t put on the uniform in the morning and take it off at night. Eddie Kingston is the exact same person outside the ring as he is inside of it. I am pretty close. I just love storytelling. It is the most satisfying thing when you visualize something.”

Any idea when he will be facing Kenny Omega for the title?

Jon Moxley: “I know the preliminary plans but I cannot reveal them. They could change. You never know, especially in 2020. Obviously he is one of the best in the world and sharing the ring with a guy that good is always awesome. I just want to kind of bathe in the afterglow tonight for right now and have a couple of beers. I will get back to work tomorrow and focus on that.”

What is his advice to independent talent in 2020, during these times?

Jon Moxley: “That is a tough question because the indie talent were hit really, really hard with all of this.”

“That is the best thing I can tell people for staying safe not just in wrestling but in anything. If you are going to do anything from going to the grocery store, try to attend an event, even if you come to an AEW show, you have to take a certain amount of personal responsibility. We can make the show as safe as possible. We can put all of the rules into place but if you don’t follow them then what can we do?”

“I do everything possible. I try to stay in my own bubble as much as possible everywhere I go in life. As far as getting noticed? Take every opportunity. If you have to drive 15 hours to get a tryout for a dark match at NXT or AEW, you just have to keep your nose to the grindstone. This is a tough time for an independent wrestler but do everything you can and be as safe as possible. Now, you are going to have to work twice as hard because of the way the world is now.”