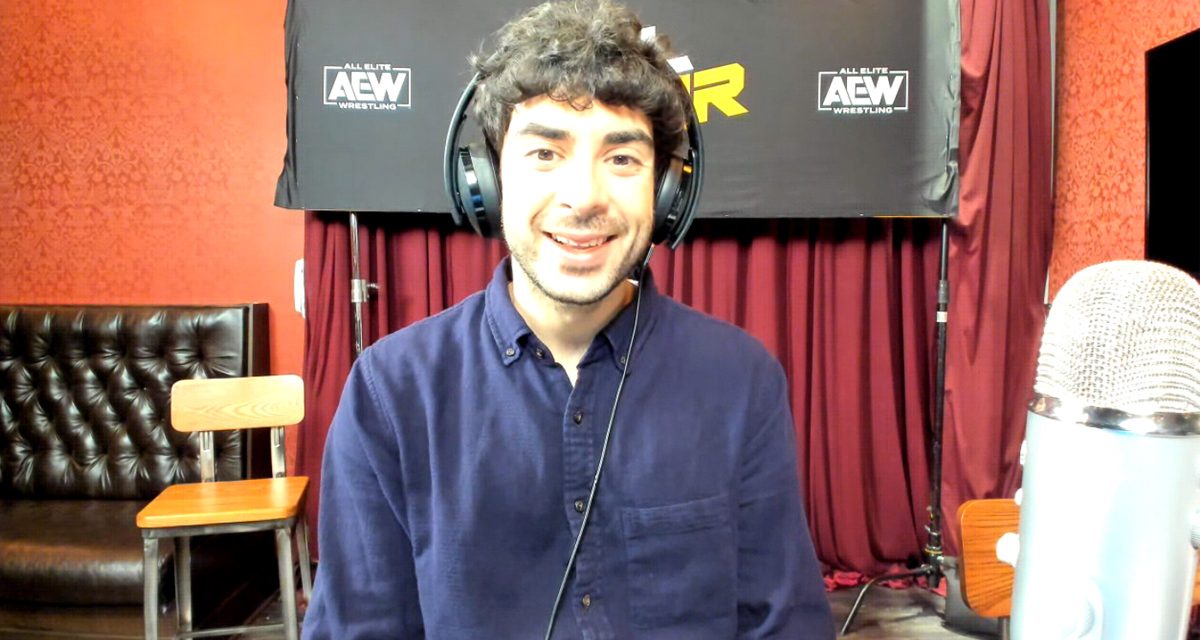 The president and CEO of the All Elite Wrestling himself took some time to speak to the press after the Full Gear pay-per-view. Not only did he chat about the challenges the promotion has faced in 2020 as well as having homegrown talent flourish at Full Gear but he also revealed a new special coming up in January.

What is it like to have some of the wrestlers who were unable to travel because of COVID now returning to the fold?

Tony Khan: “I have been hopeful for a long time. People who live overseas they have to quarantine upon arrival and that is totally understandable. I am really excited to get all of those people back, Pac included. I am really excited for Pac and a lot of our other international stars to come back.”

Is AEW going to be adding any more specials like Bash at the Beach?

Tony Khan: “There is going to be the Beach Break show in January and in December we have some huge events also.”

What is it like having Darby Allin, an AEW original, homegrown talent, win his first title?

Tony Khan: “I have been a fan of Darby. I think it was very appropriate that the fourth match between Cody and Darby was this championship win for Darby because Darby’s debut here came against Cody. Our executive vice-presidents do a great job in scouting people and bringing them to our attention. Cody wanted to work with Darby in the beginning. I was up for it and was excited to sign Darby to a multi-year deal and quickly, when I saw what value he added to this company, I extended it so Darby is signed here for many, many years to come.”

“I have really tried to build Darby strong. It is crazy because yesterday marks six months since the build of Team Taz versus Darby. I thought it was really fitting that he won the match and that story has continued.”

“We have tried to do a lot to make Darby special. If you look at all of the great video packages he has put together, he is a really creative person. He is a brilliant talent. He is a great stuntman but he is a great wrestler who has so much star power and charisma. He is a gifted film-maker.”

“He is his own man. He made himself a star. That is the most important thing. He is a really tremendous person to work with. I say this all the time, I don’t think there is anyone I have less in common with than Darby but I really enjoy working with him and have bonded with him personally. He is someone who is really the future here and it was a great match tonight.”

Are there any plans for Gangrel and The Hurricane to show up again in AEW in the future?

Tony Khan: “I am not sure. You never know. To be honest, I don’t have either of them booked in the next loop or the immediate future but I am really open to both of them coming back. I was at the Hardy Compound for the Deletion Match and I spent time with both guys. I have known Shane Helms for a while and I had never met Gangrel before. I really enjoyed spending time with both guys and I would to see both of them come back at some point. I think that would be a lot of fun.”

Will Don Callis be returning any time soon?

Tony Khan: “It was something I definitely did for Kenny (Omega) and I put it together with Impact. I agreed for Don to come. He is an executive there. I would love to have Don back in the future. I am open to working with people. I think we have demonstrated multiple times that AEW is probably the friendliest wrestling company right now. We have good partnerships and we have done good things with AAA and NWA.”

“I love working with other companies and…you never know. I would be open to Don coming back. He did a great job tonight on commentary. It was a great match and Don has called a lot of great Kenny matches and he called another one tonight.”

Are you looking to expand the number of pay-per-views in 2021?

Tony Khan: “I love our big four shows. I think having Revolution, Double or Nothing, All Out and Full Gear as the big shows really provides anticipation and we have huge episodes of Dynamite. I think we have a great line-up.”

What was it like to see the new talent hit it out of the park in every match?

Tony Khan: “When we started AEW a lot of the talent was established, they had a lot of TV experience and then there was a lot of the roster who did not work on television before. Now that Dynamite has been on for a year and we have been doing pay-per-views for nearly a year and a half the roster has built up its experience working in TV. What was great about tonight was, and I hope it came across on television, the crowd was really hot but that was the biggest crowd we have had and it was totally safe in terms of physical distancing between the pods. That added to the show too.”

“I have loved independent wrestling for a long time. Cody, the Young Bucks and Kenny, they all scout the independents. I think we have done really well and have really added a high average with the people we have brought in. We have had great success stories.”

“I think we have shown we can build homegrown stars and I take a lot of pride in the stars we have developed here. It is good for the storytelling, the company and our future.”

Can you talk about the story the Young Bucks and FTR told tonight and Matt working through his real-life injury right now?

Tony Khan: “The Young Bucks and FTR are two brilliant storytellers. I think that was one of the best tag team matches you are ever going to see and I am so proud we had that on Full Gear. It was like a love letter to tag team wrestling, all of the tag team finishes that they hit and the selling of Matt’s injury, Nick’s great hot tag and FTR is the best heel tag team in the world. The dichotomy of these two teams was so fun. It was a dream match that was built up so long and it was so emotional. I am just so glad it happened in front of the biggest crowd we have had since the pandemic started. It was close to 1,000 people.”