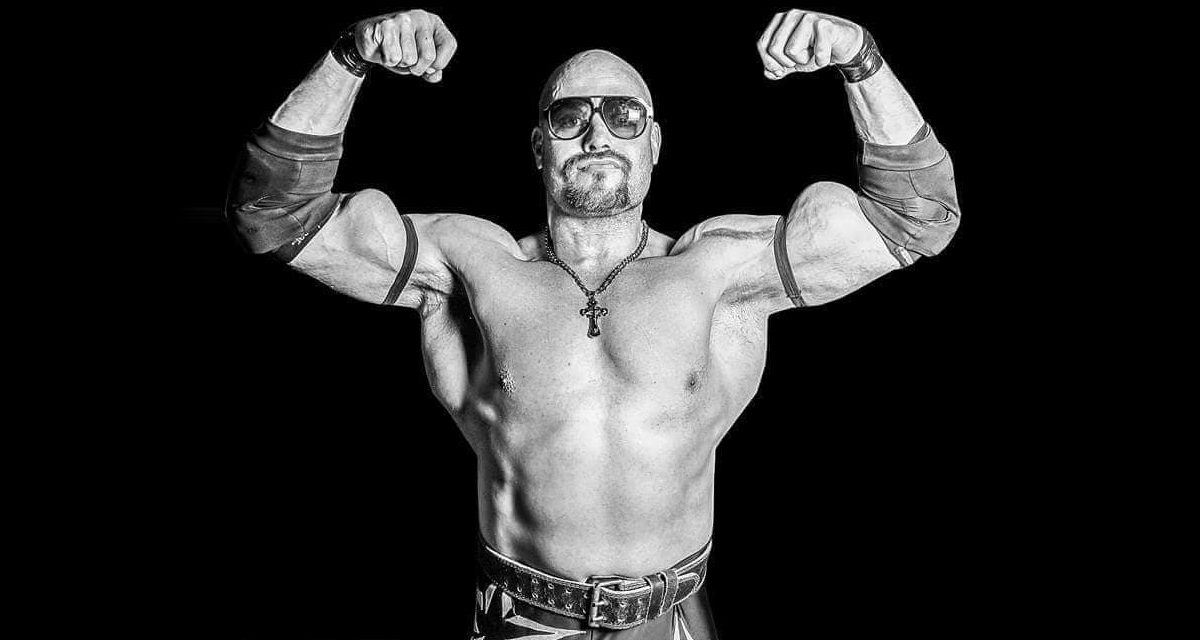 Rob Rage is the self-proclaimed “Supernova of Superstars.” The “Muscle Messiah” is likely the most muscle-bound monstrosity in all of Canadian pro wrestling.

Yet, when he sits down with Behind the Gimmick Table, the “Vanilla Gorilla” (so many nicknames!), he reverts to a child.

Or at least childhood memories.

“I started watching wrestling Saturday mornings and nights. I had illegal cable so I had it all — WWF, NWA, World Class and Maple Leaf Wrestling all the time. As long as I remember, my mom used to take me to Maple Leaf Gardens,” said the man born Rob Thomson.

Even that wasn’t enough.

He wanted the action figures, and his mother was his enabler. “I had to get ’em all. She had the hardest time getting them. Her and her boyfriend — now they’ve been together for 30 years — went to 15 different stores, Woolco, Kmart, Consumers Distributing to find the right ones.

It was the heels who Rage was most interested in.

“I was always into the bad guys, [because] I watched everything. I liked Ric Flair the Four Horsemen, I got to see a lot of the Road Warriors. How could you not like [them]? They’re jacked, they’re huge, they kick everyone’s ass!” 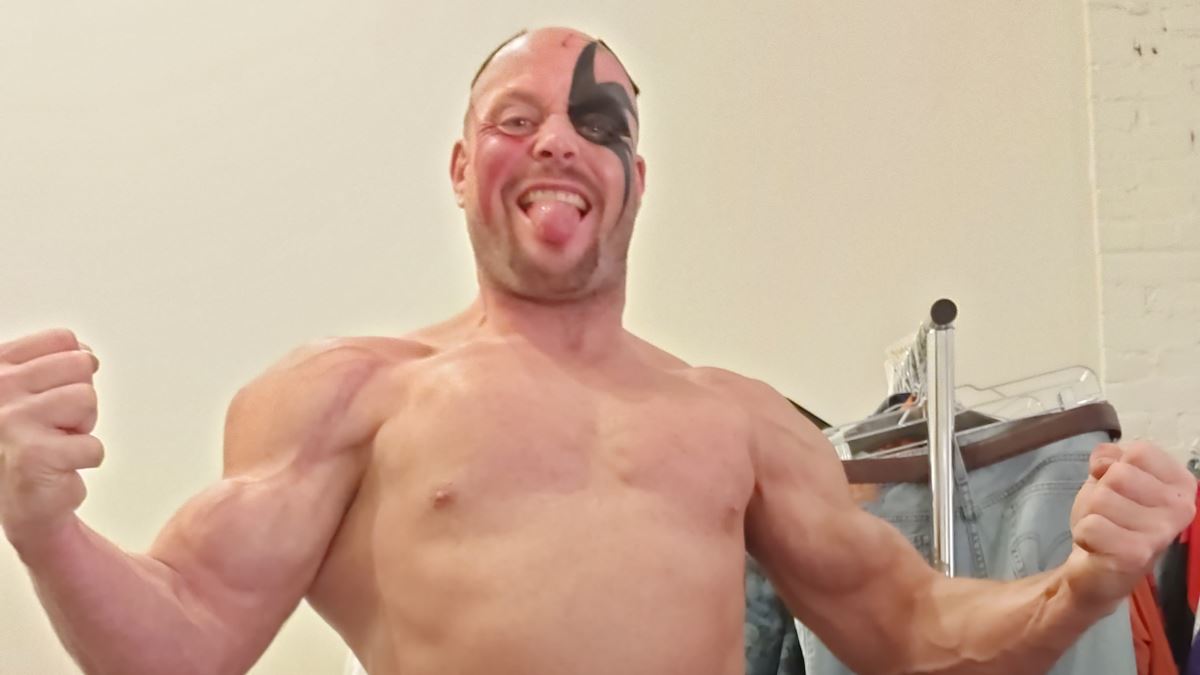 Rob Rage behind the scenes of Dark Side of the Ring season 2.

In his early days as a rookie pro wrestler in 2012, Rage emulated the Road Warriors to such an extent that his plagiarism provoked the ire of Road Warrior Animal himself. “[He] got upset with me but we talked it out,” said Rage.

Then years later, Rage was asked to portray Road Warrior Hawk in an episode of VICE’s Dark Side of the Ring. [See our May 2020 story, Portraying Hawk is quite a rush for Ontario’s Rob Rage.]

“Getting to do the Dark Side of the Ring, [Animal] and I had a lot of discussions,” said Rage. “I talked to him two weeks prior to his passing because my Rottweiler died. He had Rotties too.”

A formative moment from his childhood involving another one of his favourite villains, Roddy “Rowdy” Piper, established Rage’s philosophy to deal with fans, even if he is usually a bad guy himself.

“As a kid I was always in trouble, a mischievous kid. I was always fighting. We called to [Piper] after an event and he came back for a picture even though he was a heel,” recalled Rage. “I never walk away from any kid or any people because of him.” 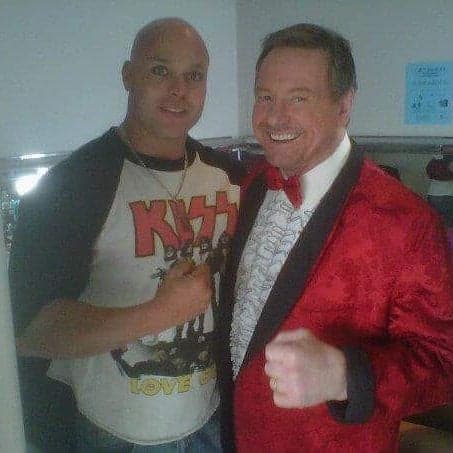 Rob Rage and “Rowdy” Roddy Piper backstage at a production

Rage got to work with Piper a few times, including on a movie that was filmed in southern Ontario. “I was telling him the story when I got to work with him on The Masked Saint. He teared up and he got really emotional about it.” 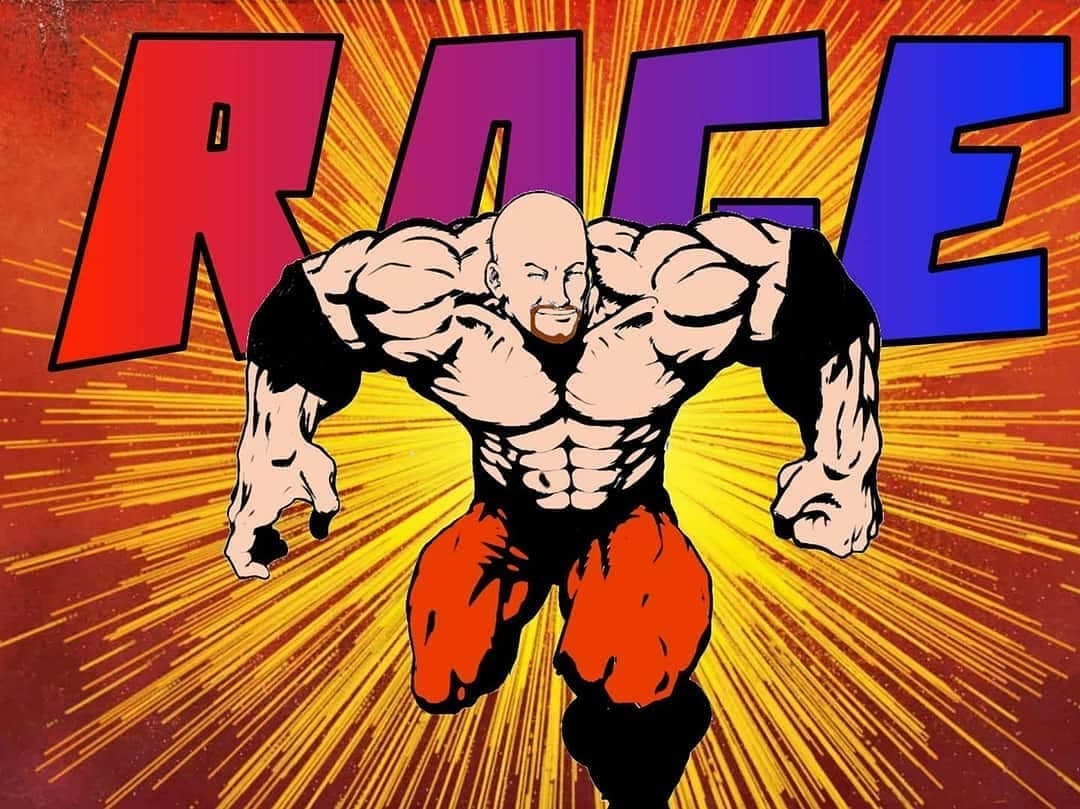 Diversification at the merchandise table has proven to be successful for many other independent wrestlers in the modern landscape, but Rage prefers the basic choices. He has experimented with items like wristbands and Wrestling Buddy-type stuffies, but for the impressive physical specimen that is the “Master of the Ragemission,” the classics work best. “It’s 8x10s that sell really well. For me, what I found, it’s the shirts and 8x10s. I have posters, a cartoon Rage poster, that every time I make it, it sells out. It goes like hotcakes.”

The images on these 8x10s echo another wrestling influence. “My gear goes back to who my favourite guy is. It’s very ‘Macho Man’ inspired. It’s a blatant copy of his last run in WCW. I chose it because I love the look when he was with Madusa, Gorgeous George, Miss Madness and Sid Vicious. It’s my homage and goes with my gimmick, the ‘Supernova of Superstars,’ with the stars, it’s shiny, it’s bright.” 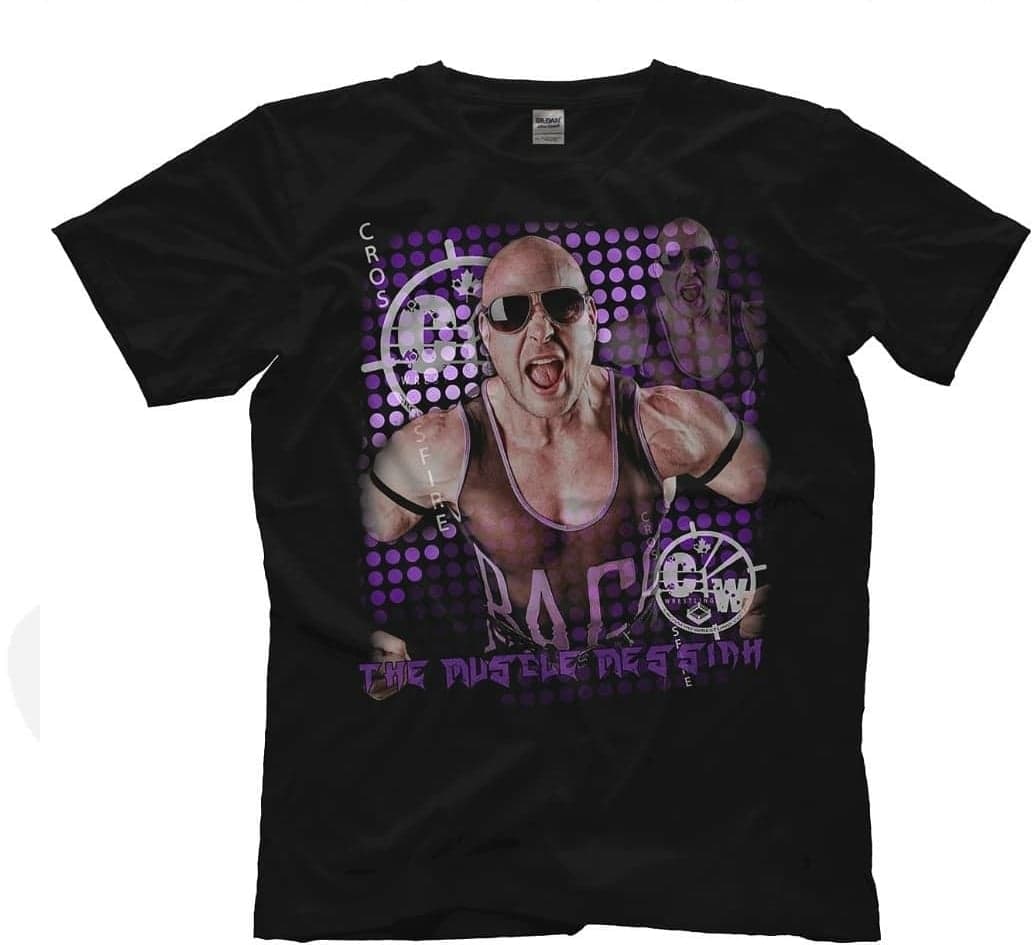 Like so many of his peers, Rage is eager to get back in the ring when the pandemic is under control. “I’m dying to sell my stuff. I got a bunch of new 8x10s and shirts before COVID. Crossfire Wrestling has a Pro Wrestling Tees store with an exclusive Rob Rage shirt.”

A personal trainer by day, Rage has improvised around fitness centre closures in the Greater Toronto Area, by turning part of his home into a gym. He is accepting clients on an individual basis until he can return to his usual form of “clangin’ and bangin’ and ‘plexin’ and flexin’.”