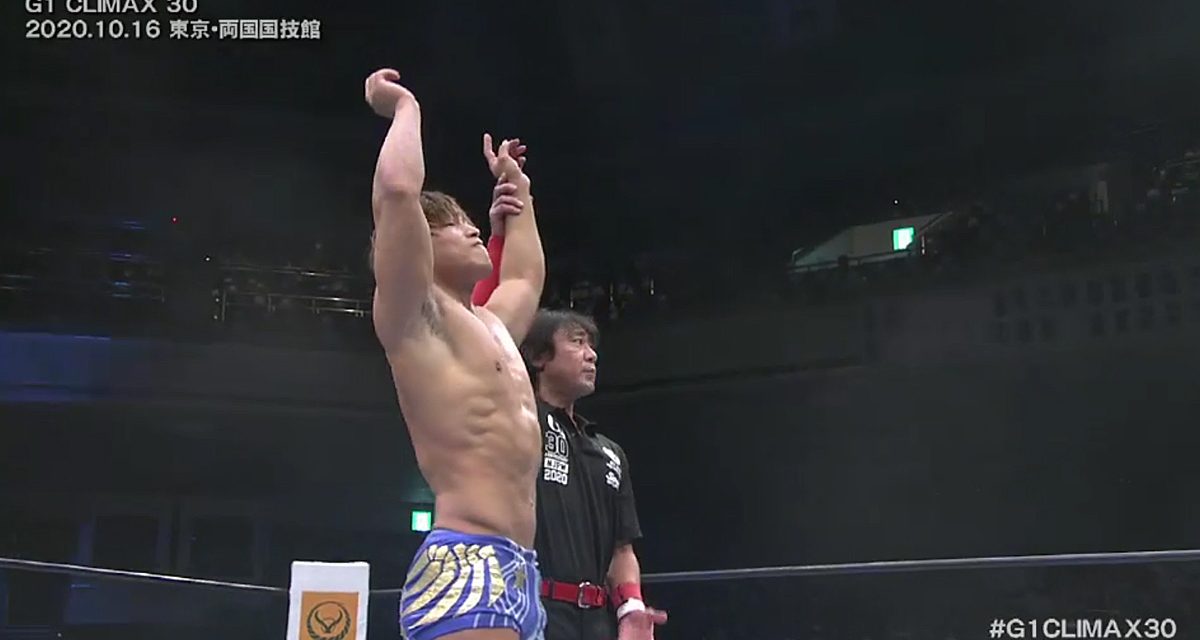 For the third time in his career Kota Ibushi has made the finals of the G1 Climax tournament.

Ibushi’s victory over Taichi pushed him past second-place finishers Will Ospreay, Jay White and Kazuchika Okada.

Ibushi’s match with Taichi was also extraordinary for one reason, besides Ibushi’s Kamigoye finisher the entire match consisted of both wrestlers stiff kicking each other over and over until Taichi couldn’t carry on any further.

The other big news from the finals of A Block was that Will Ospreay turned on Chaos and Kazuchika Okada. It was Okada himself who enlisted Ospreay to be a part of Chaos in the first place.

Osprey’s real-life girlfriend, Bea Priestley, showed up at ringside at a crucial moment to cheer Ospreay on as he fought against Okada’s Money Clip submission. 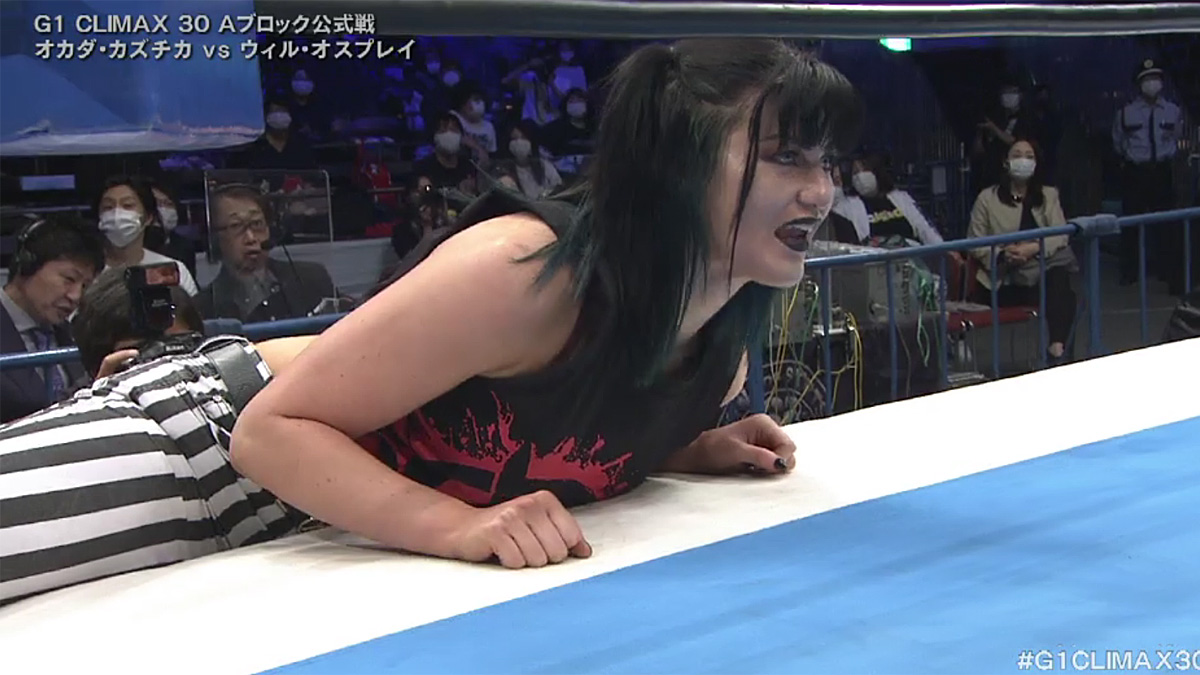 “You can beat him! Come on, Will!” she shouted.

Priestley then entered the ring arguing with the official.

From the other side of the ring the returning Great O-Kharn arrived. He stepped through the ropes and choke slammed Okada. Ospreay appeared shocked and stunned, unsure of what to do. 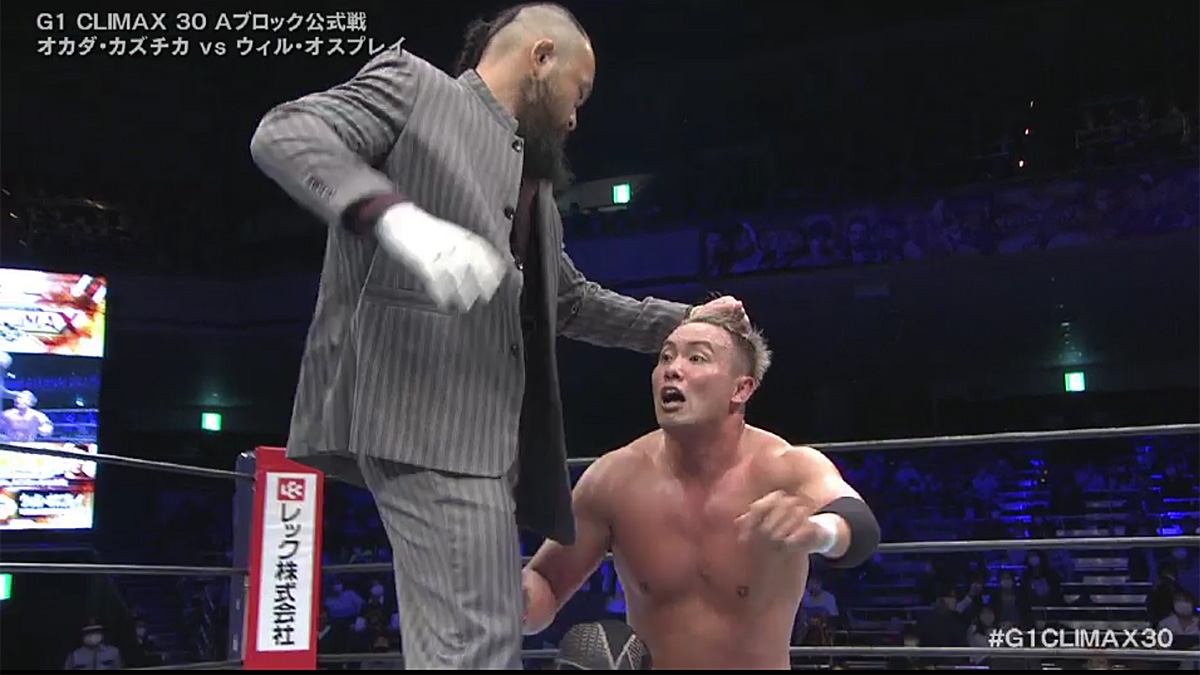 Ospreay pinned Okada with Storm Breaker as the Great O-Kharn smiled from outside.

After kissing and speaking to Priestley, Ospreay rushed back into the ring hitting Okada from behind with a Hidden Blade.

“F—k you!” he shouted giving a fallen Okada the finger. 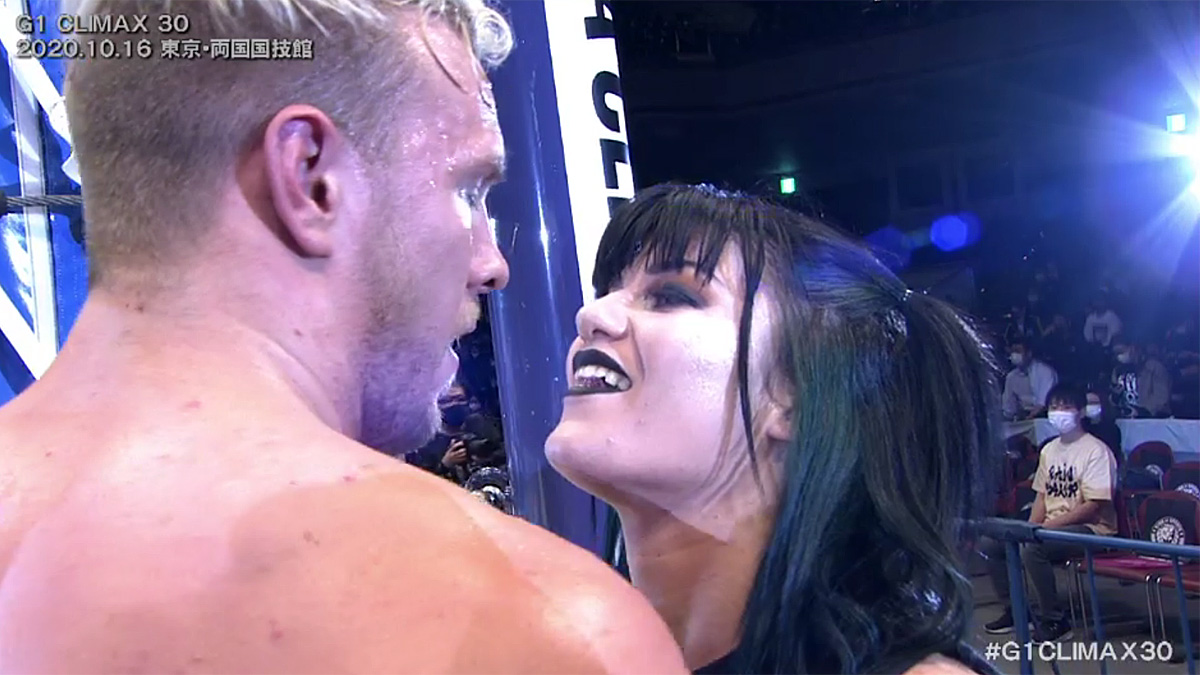 “You held me back! This has been a long time coming! I really hope that hurts in the morning. F—k you!” he said.

Priestley and Ospreay headed to the back with Great O-Kharn in tow.

Same finish as last time. Tsuji with the Big Swing and Boston Crab.

Cobb picks up Yujiro, runs out of a corner slamming Yujiro hard on the canvass in another great feat of strength from this future main eventer. Yujiro shoves the official into Cobb. He snatches his cane clobbering Cobb in the head. He gets his very first win of the tournament with Pimp Juice. 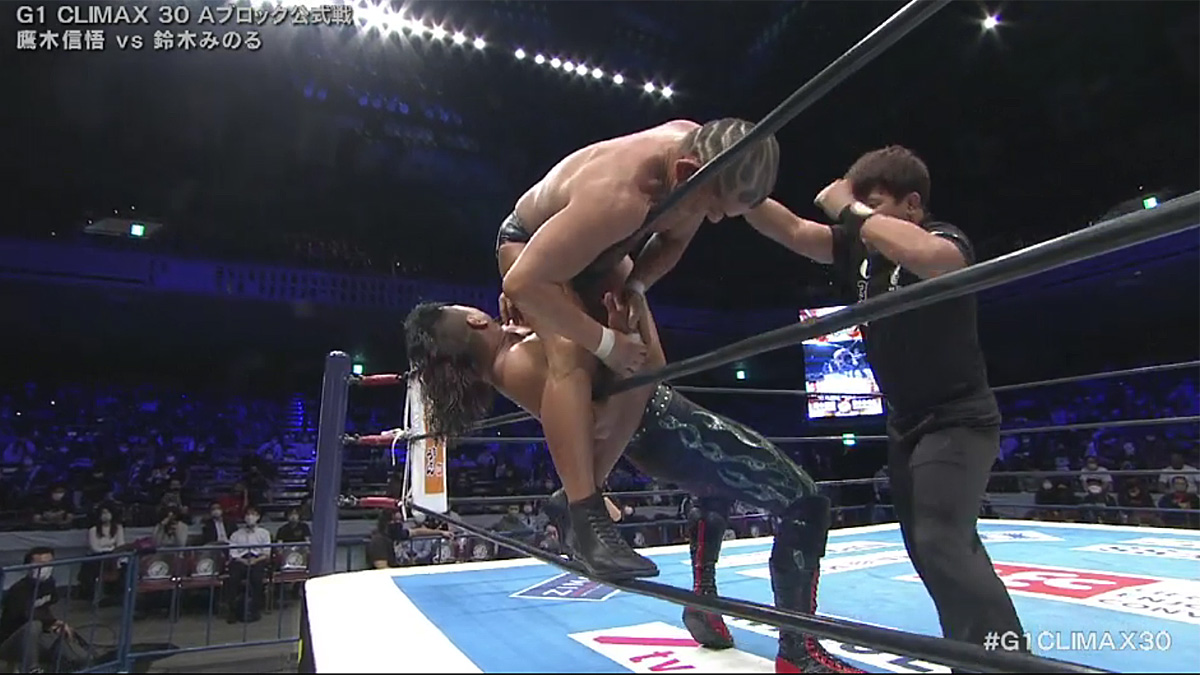 Suzuki defeated Takagi for the Never Openweight Championship at Summer Struggle in Jingu back in August so this is a very personal battle. Takagi and Suzuki throttle each other exchanging stiff kicks, punches, slaps, forearm smashes and head butts. Takagi pins Suzuki with Last of the Dragon. One wonders if he will get a rematch for the title.

A devastating battle of the stiff kicks. Ibushi wins with a Kamigoye.