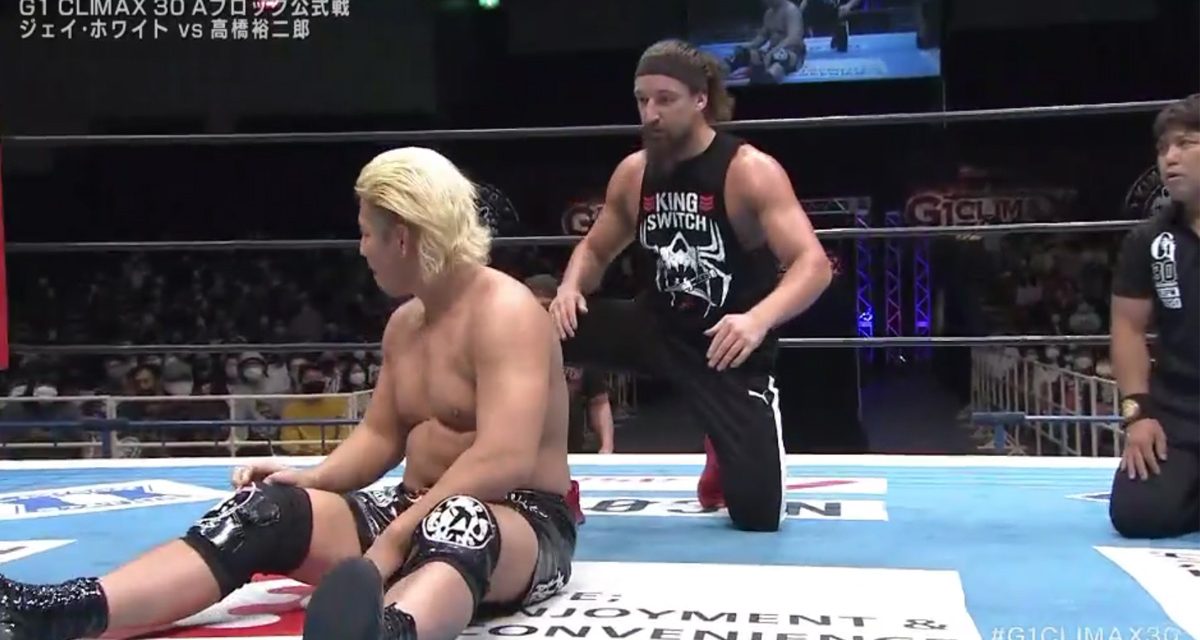 Jay White’s scheme of getting an easy win over Bullet Club teammate Yujiro Takahashi didn’t go exactly as planned on night 13 of the G1 Climax tournament.

Yujiro Takahashi laid down in the middle of the ring for White. Yujiro kicked out though after White teased several pins to goof on the official.

“I am just kidding,” said Yujiro as he laid down only to kick out again.

“Do you know what he is doing?” White shouted to Gedo outside the ring.

Yujiro snuck up behind White rolling him up for a two count.

“What are you doing?” yelled White.

Yujiro rolled White up again for yet another two count.

“What the f—k are you doing?” he shouted again.

Yujiro responded by clotheslining White to the canvass as the crowd cheered. A suplex scored Yujiro another two count. A punch to the “lower abdomen” had Yujiro one count away from a victory. A Miami Shine seconds later gets the same result.

Gedo jumped on the apron which got the official’s attention. White punched Yujiro in the “family jewels”. A Blade Runner from White pinned Yujiro who has yet to win a single match this G1. Poor Tokyo Pimp. Yujiro really needs Pieter (Tokyo Latina) back in his corner for good luck.

Uemura gets an impressive win over Tsuji with his holding suplex.

One of the biggest wins of Jeff Cobb’s career. An absolutely battle of the bulls during which Cobb is almost knocked out by a forearm shot by Ishii. Cobb powerbombs Ishii and then pins him with Tour of the Islands. Loved every minute of this one.

Will Ospreay versus Taichi – G1 CLIMAX 30 – A BLOCK TOURNAMENT MATCH

“It is too easy, brother. Come on!” says Ospreay mocking Taichi’s slow start to the match. Ospreay backs Taichi into a corner and messes up his hair. On the floor, Taichi clobbers Ospreay in the gut with the bell hammer, chokes him and hits him in the shoulder with it. Ospreay kinda wishes he didn’t anger Taichi. Ospreay and Taichi go back and forth until Ospreay puts out Taichi’s lights with a Storm Breaker.

Man, my man Suzuki is letting a lot of his rivals slip on past. Ibushi is the latest to steal a victory from him. A Kamigoye pins Suzuki. 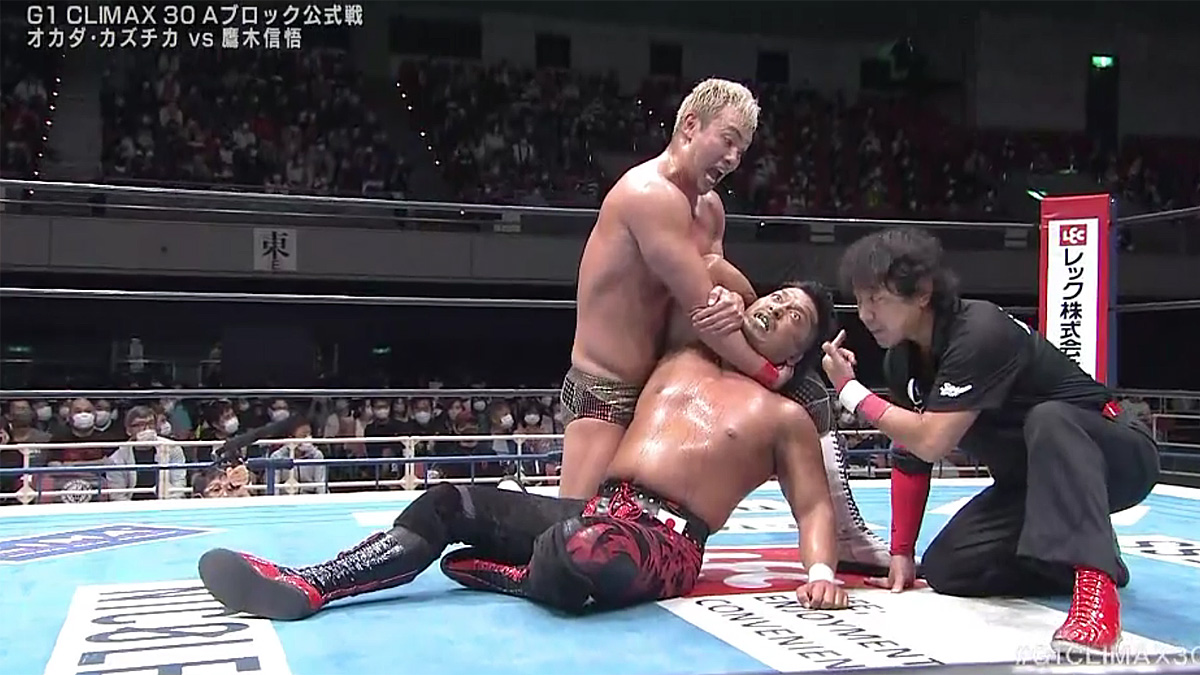 Okada ducks out of Last of the Dragon to make Takagi submit to the Cobra Clutch.

Ospreay, White, Okada and Ibushi are putting on some stellar matches at this year’s G1 and tonight was no exception. Jeff Cobb, who is really growing and maturing into a possible main event star, had one of his best matches ever too.