AEW Dynamite: Chris Jericho gets his due, but Cody and Brodie Lee shine 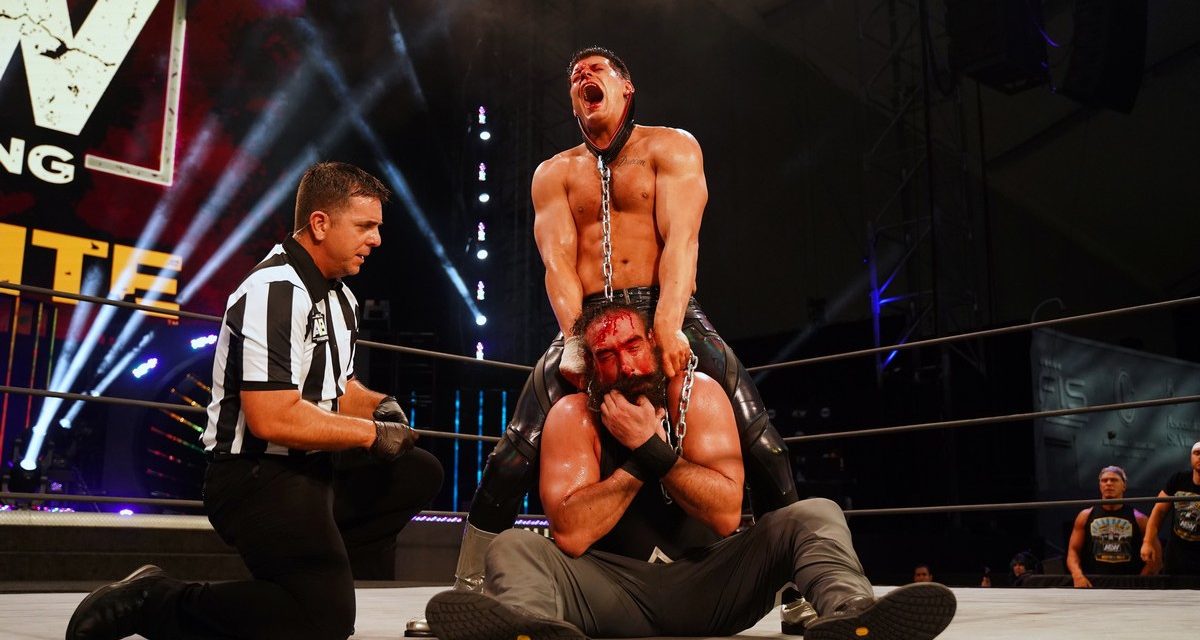 When you are in any line of work for 30 years, reach the very top of your profession and stay there, you deserve an opening segment where your colleagues give you props. That’s how we open tonight’s episode of AEW Dynamite, which, in addition to the usual hijinks, will serve as a celebration of three decades of Chris Jericho [be sure to check out our Jericho Photo Gallery and Story Archive!]. There’s also a dog collar match and other goodness to dive into, so let’s get to Daily’s Place, socially distanced via the magic of television. 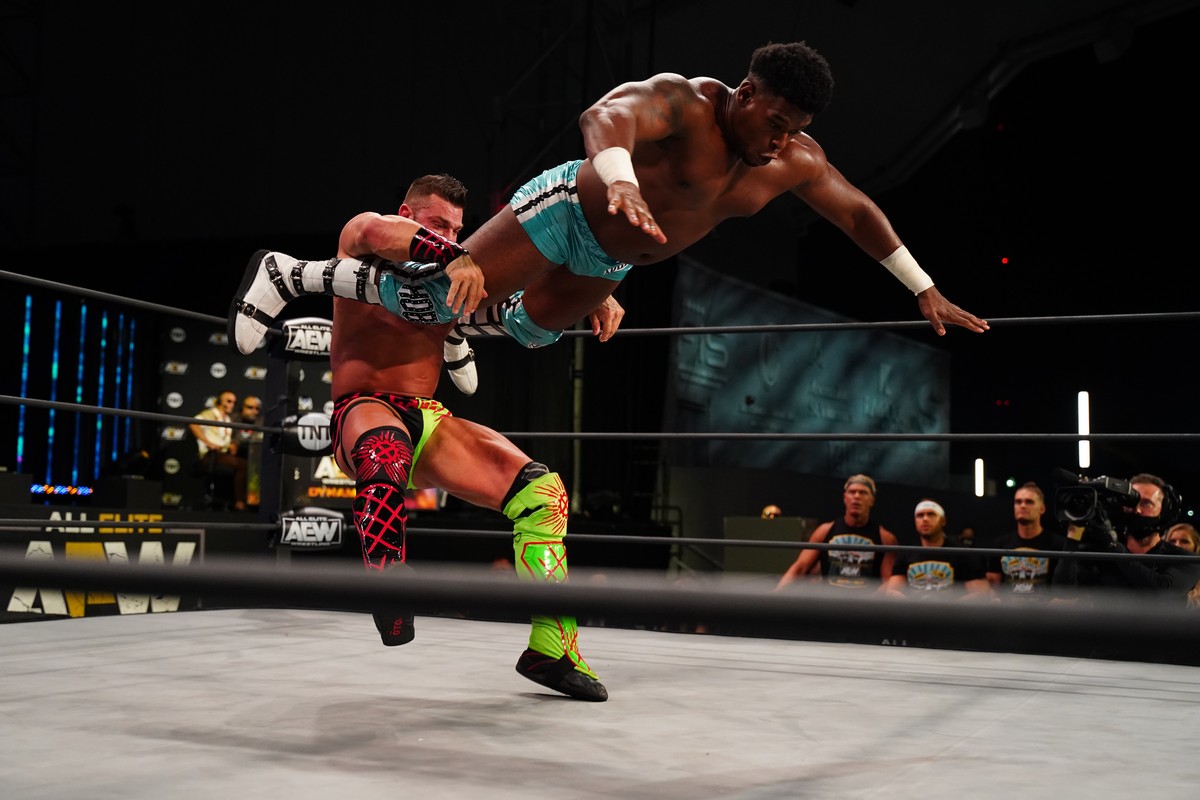 OK, look: We all know Vince McMahon doesn’t watch Dynamite (or wouldn’t admit if he did, anyway). But this is the type of match that would warm his heart, because it’s too really muscular guys going toe to toe. Taz and Ricky Starks are with the announcers, with the former promising they have Hobbs well scouted. Taz’s nods to making wrestling seem more real warm my heart. Some of Cage’s power moves are legitimately impressive on a man of Hobbs’ size, and he repays the favor with some of his own. Tony Schiavone is the butt of a funny joke, with Jim Ross mentioning he was present for the original dog collar match 37 years ago and someone else chiming in that Schivaone “already had 20 years experience at that point.” Heh. Hobbs misses a big frog splash and is pinned shortly thereafter.

After the bell, Taz tells Hobbs he was impressive and offers him a spot on Team Taz. That’s Option A. And Option B? He declines and gets a beating from Cage and Starks. Before Hobbs can reply, Darby Allin arrives with his skateboard. Taz warns Allin that someday soon, he will learn not to stick his nose in Team Taz business. 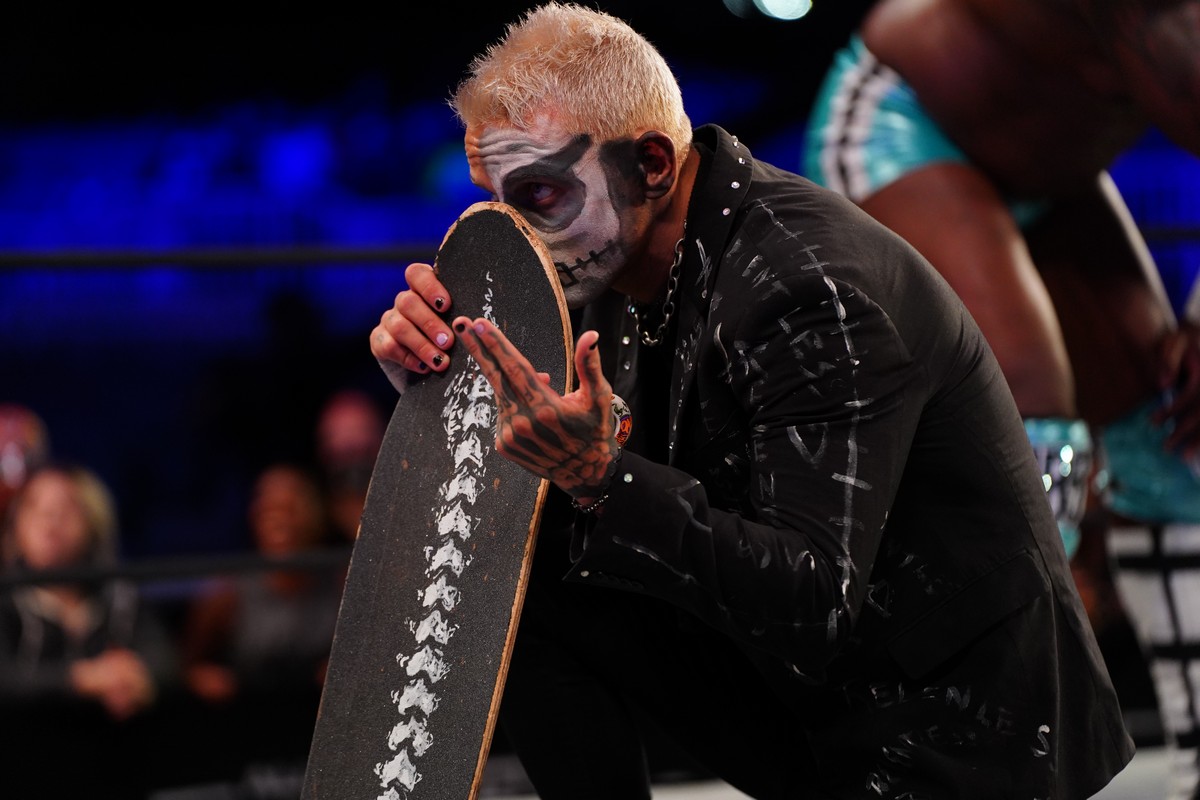 Lance Archer has a message for Jon Moxley. Yes, the message is from Archer himself and not Jake Roberts. It’s a threat/warning for their upcoming bout, you know how it goes. 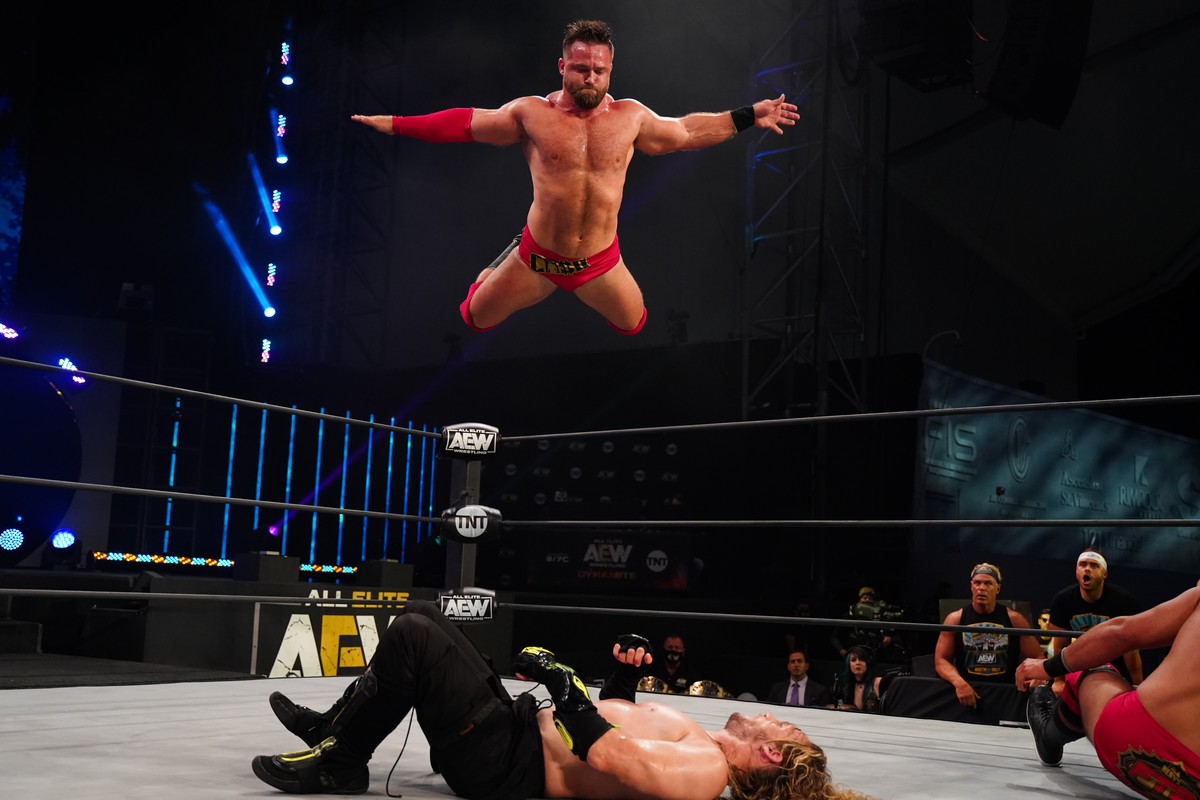 The Young Bucks are watching on a backstage monitor — good to know that isn’t limited to just one major promotion. The talk at the announce table inevitably turns toward what the Bucks did to Schiavone last week, with the suggestion floated that maybe it’s time to ban them from TV. J.R. also describes Jack Evans of TH2 as like “an angry dog on Diet Mountain Dew.” These gents are kind of on fire so far tonight. The narrative that Evans is banged up for spending like 10 straight minutes in the ring pays off when he appears to botch a move off the top rope, but this is still the best showing TH2 has had in … like, forever. Evans does get pinned in the end following a superplex/splach combo.

After the match, the Bucks take exception to the backstage cameraman “spying” on them and treat him to a superkick party where only he’s invited. FTR also gets a visit from Best Friends, who calls the champs wienies and run them out of the ring. They’ll get their title shot next week at the Dynamite anniversary show. 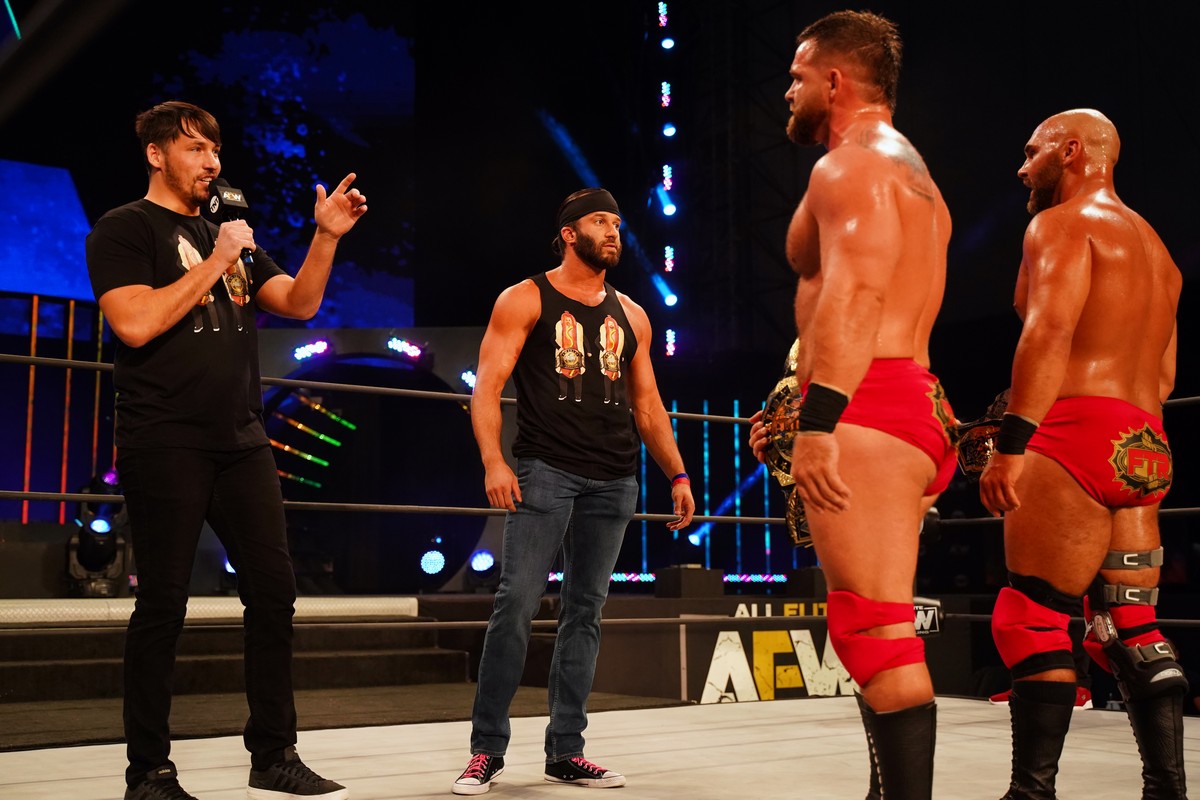 MJF recalls the time Jericho first said something inspiring to him and advances the idea that their friendship is continuing to blossom.  Hmm … More tributes come in from Shaq, Gene Simmons, Don Callis, Lars Ulrich and DDP.

Not that a dog collar match really needs a sales pitch, but a video package sets the stage for us anyway. 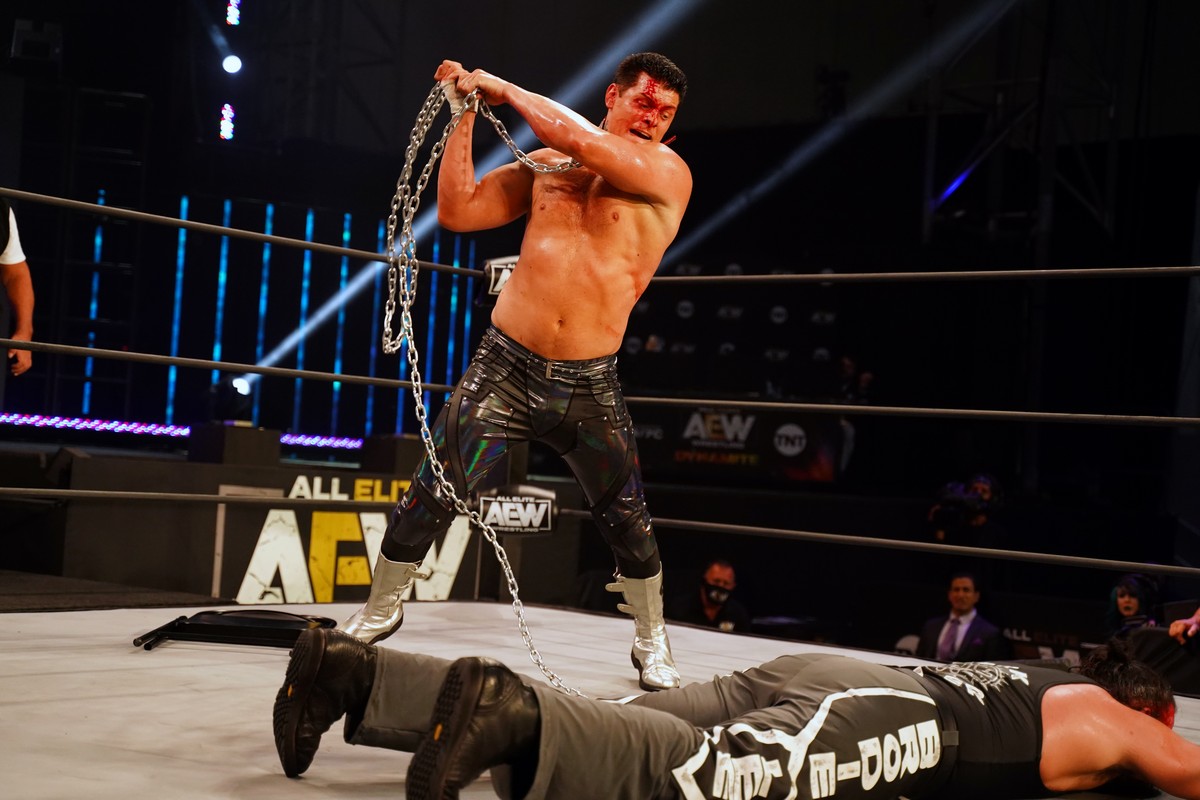 In case you’ve never seen this kind of bout, the combatants each wear dog collars connected by 16 feet of steel chain. Greg “The Hammer” Valentine is in the seats, a veteran of this very same gimmick match long ago. The announcers remind us there are no DQs, which, yeah, you would assume. Silver is actually the first person to be bloodied, taking a chain shot to the face while up on the apron. If Cody looks bulkier, you aren’t wrong — he apparently put on 14 pounds “for this match.” He looks like he’s about to lose some of it in blood, because he is busted open something fierce. Lee joins him not long after, reinforcing the idea that this kind of match is serious business. After some creative uses of the chain, the end sees Cody wrap it around Lee’s eyes, nose and mouth (ouch) and hit Cross Rhodes. That was something.

After the match, Cody describes the unbeatable feeling of performing in front of a live audience and gives perhaps the best endorsement of being a face that I’ve heard. Emphatic about wanting to defend his new title next week at the anniversary show, he just isn’t sure about an opponent. Fortunately, he gets a volunteer in the form of Orange Cassidy, and after an exchange of half-thumbs up, we have ourselves another match booked. 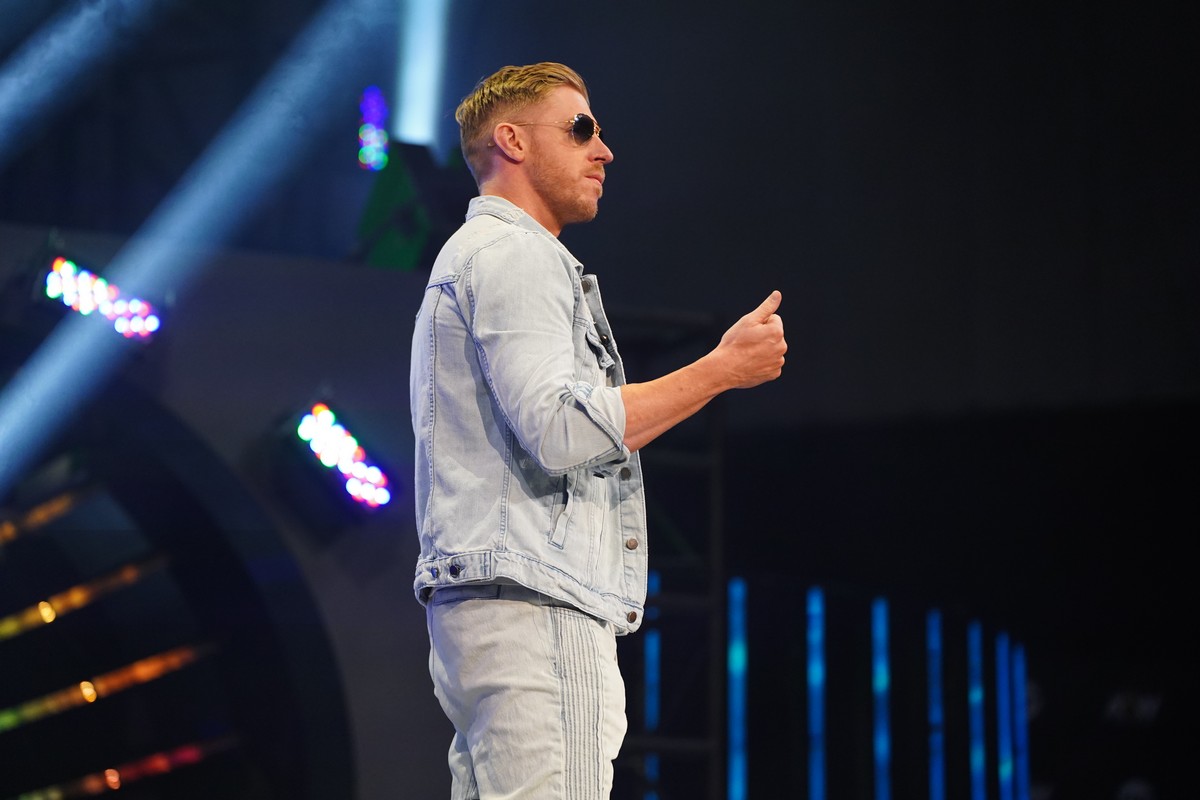 Alex Marvez talks to Kenny Omega about participating in the upcoming tournament for an AEW World Championship shot. Omega mentions his fantastic resume where tournaments are involved and repeatedly disses Hangman Adam Page by referring to him as a tag team wrestler. 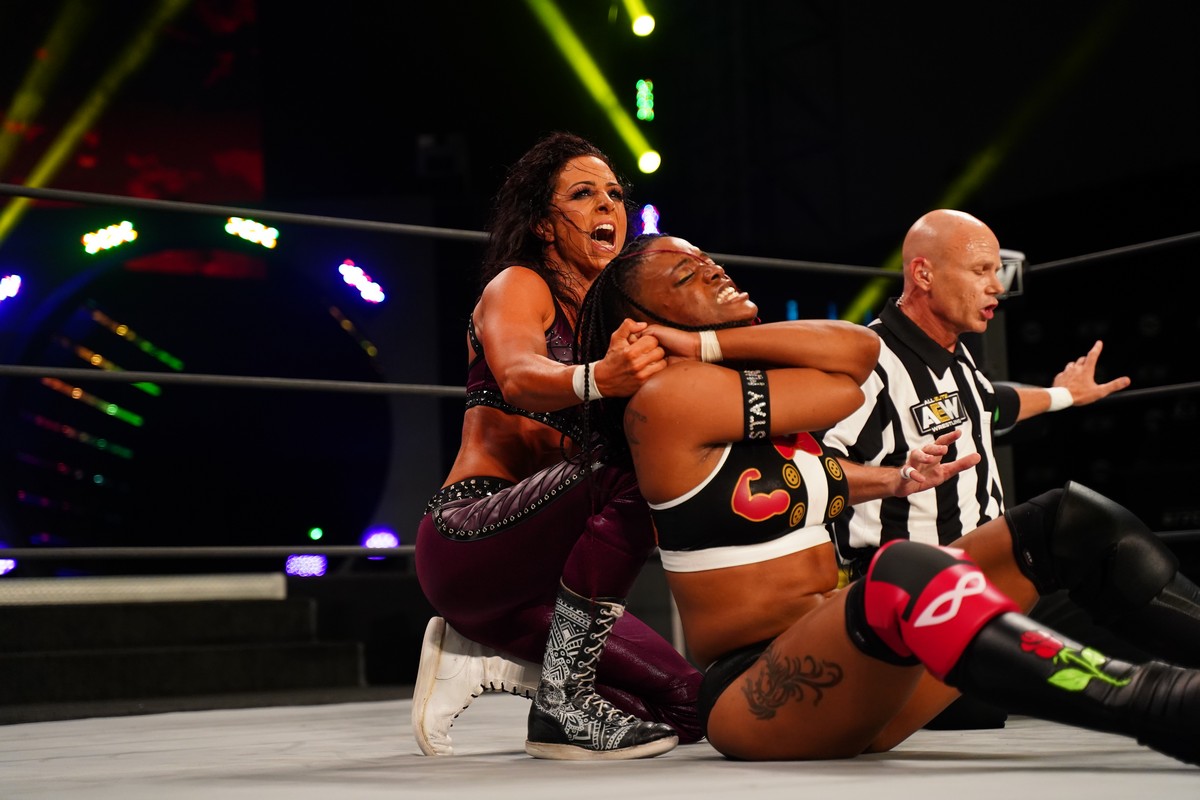 It’s intriguing to see Swole in a more technical matchup like this one. She gets the win but definitely is put through her paces.

As the top dog in the promotion, it’s only fitting that Moxley get a chance to talk about the anniversary show and his match with Archer. “Maybe you win, and maybe I win.” Ladies and gents, I present Mox: The Philosopher. 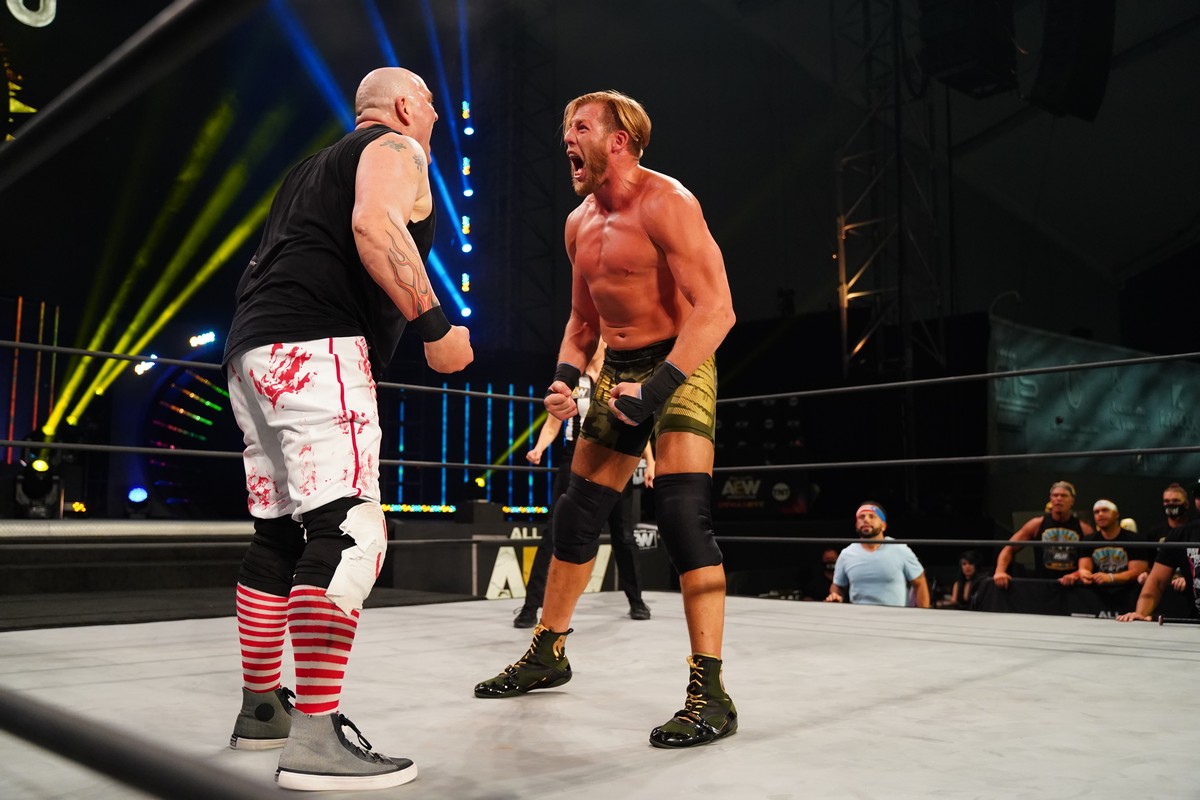 In case you’re wondering, Jericho has wrestled with and against Luther prior to AEW. Serpentico you likely know from AEW Dark, and if so, you are a devoted fan indeed. It’s not surprising to see Serpentico take to the air, but it’s a bit different seeing Luther come off the top turnbuckle. He also “borrows” Floyd, Jericho’s bat, but a timely distraction from Sammy Guevara allows Jericho to pin him after the Judas Effect. What, you didn’t think Jericho wasn’t getting the pin on his own night, did you? 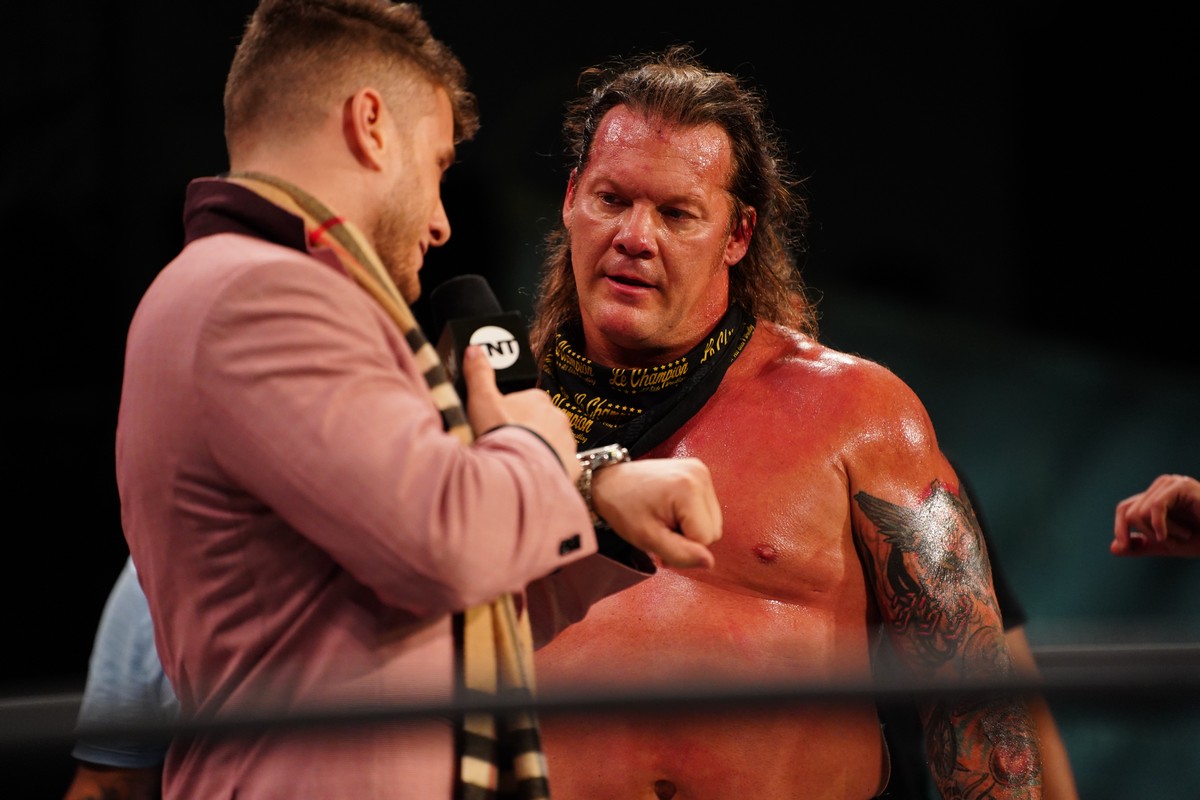 The fans stand and cheer for Jericho, who starts saying thank you when he is interrupted by the arrival of MJF. He quickly calls for his music to be cut and claims he wants to be part of the celebration. Wardlow unveils Clownico Le Clown, which is weird, but the clown bears another gift. It’s a framed picture of MJF that Jericho breaks over the head of the clown before giving him the Judas Effect. Jericho pretends to be upset at MJF but is apparently just teasing him, and all the heels pour out from the back to join in the party. That’s actually a nice touch. And since we’re out of time, we’ll see you in seven!

Be sure to check out our Jericho Photo Gallery and Story Archive!

One of the better Dynamites in a while, this one had a minimum of filler, and the dog collar match lived up to the hype. The many tributes from Jericho’s wide range of friends were terrific as well. Logically, it’s understandable that AEW can’t keep it at a fever pitch like this every week, but next week’s anniversary card could very well be just as good.