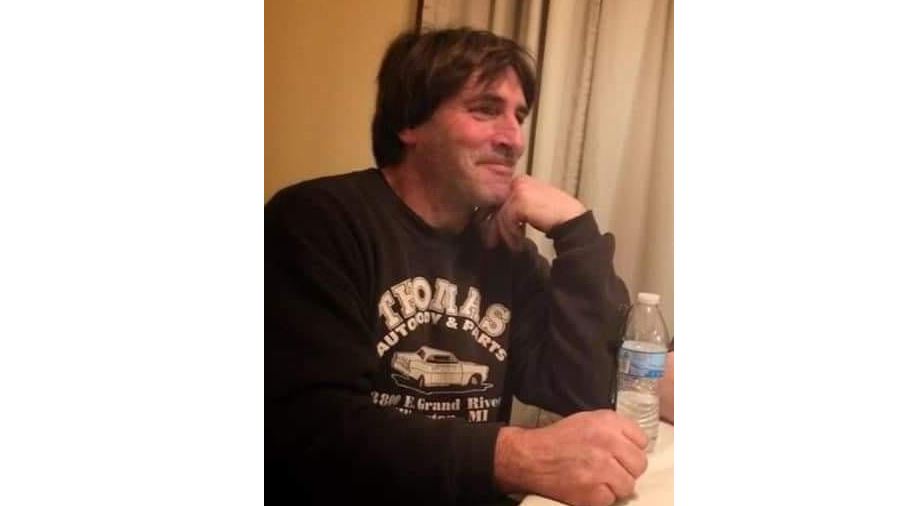 Tom Farhat, the youngest of two sons born to “The Sheik” Ed Farhat and his wife Joyce, has died. He was 57.

He was too young for much of his father’s hijinks, but was surrounded by the business his whole life.

Farhat had owned and operated a car repair dealership, Thomas Auto Body & Parts, in Williamston, Michigan. His obituary noted “his passion for cars (and amazing abilities with body work).”

Thomas Edward Farhat was born in April 21, 1963, a decade after his older brother Ed Farhat Jr., who wrestled for years as Captain Ed George.

It was the time of kayfabe, and The Sheik was promoted as a Syrian wildman with a lust for blood; early in his career, he was accompanied to the ring by Princess Fatima — his wife Joyce.

The fact that The Sheik was also the promoter of Big Time Wrestling based in Detroit was not known by regular fans, let alone any family connections. 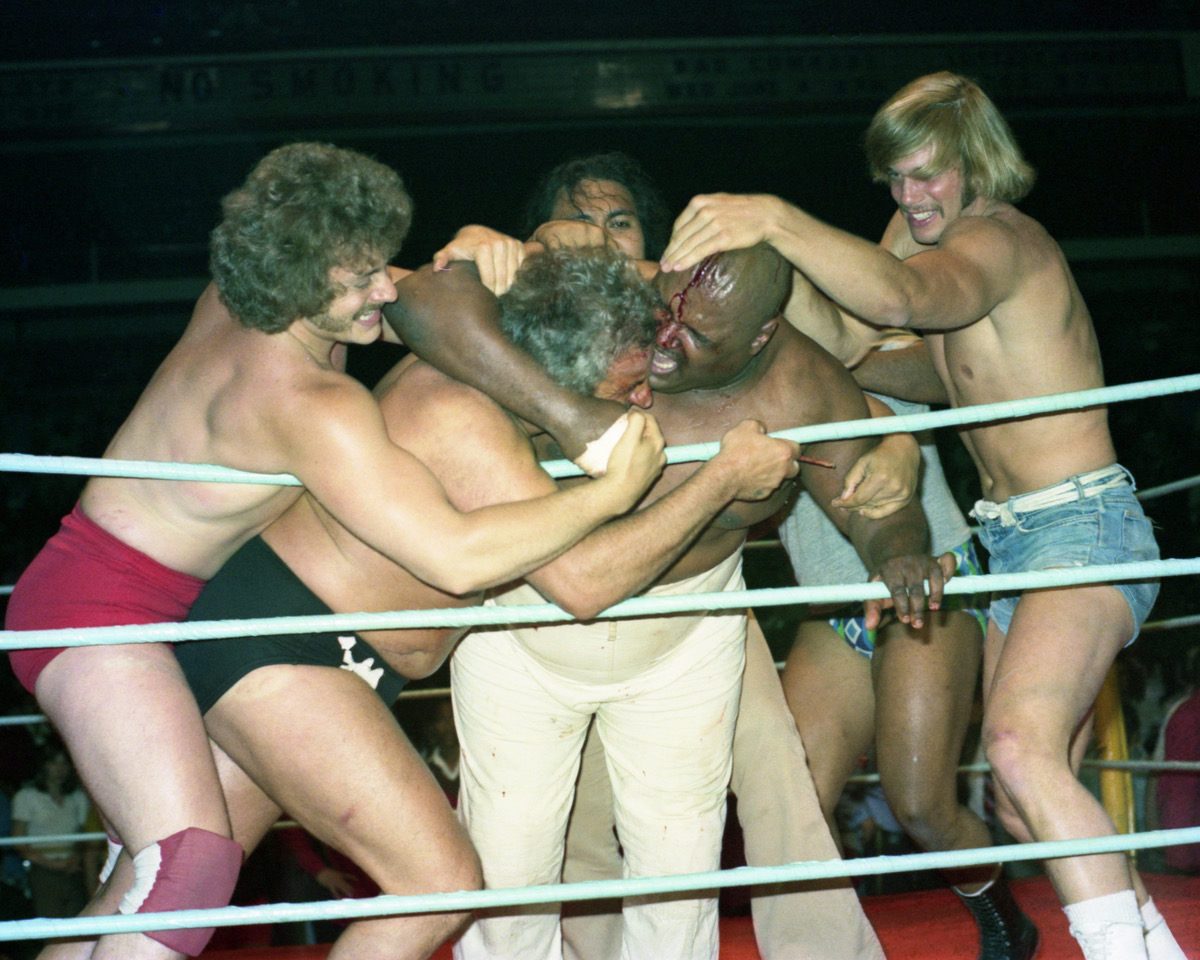 Mike Thomas on the left, was a nephew of Ed Farhat, working with Tony Marino (in rear) and Randy Poffo (far right), trying to separate The Sheik and Abdullah the Butcher. Photo by Brian Bukantis.

“Because he was so much younger than Ed Jr, he didn’t have as much involvement in Big Time Wrestling—he was still in high school when it shut down in 1980,” said Brian Solomon, author of an upcoming biography on The Sheik, to be published by ECW Press. “He did have some involvement in some of Ed Jr.’s later indy wrestling ventures.”

An archived post from an old Captain Ed George page noted: “The Sheik made it into a family business. Once you became part of his extended family then you were in… and you did carry your weight. Joyce traveled extensively with Ed helping co-promote. Ed Junior became Captain Ed George and Tom learned everything from ring set up to advertising and business affairs.”

Other family members in the business include: a nephew Mike Farhat, who wrestled as Mike Thomas, and also referee, and he died in 1978; and Terry Brunk, known to fans as “The Homicidal, Suicidal, Genocidal, Death–Defying Maniac” Sabu.

The obituary for Joyce Farhat, from 2013, described what the family’s life was like: “Those 83 years were filled with several lifetimes’ worth of experiences and for that, we are all thankful. Much of her life was spent by the side of her husband, professional wrestler The Sheik (Edward Farhat Sr.), which meant world travel was plentiful, screaming fans were the norm and that watching her husband mow the lawn in a Speedo emblazoned with a camel was just going to be part of everyday life. She spent time in the ring with Sheik as Princess Fatima, which meant she had a front-row seat to the amazing and crazy world of professional wrestling.”

Kayfabe kept going in the obituary, noting that the family takes “comfort knowing he is now with his parents Joyce and Sheik Farhat.”

Ed Jr. and Tom Farhat ran the All World Wrestling League promotion together, which had a short run on Detroit-area TV as AWWL Presents Big Time Wrestling.

“It feels great having a chance to do this,” Tom Farhat told the Lansing State Journal in 2003, as the promotion started off. “It’s a great opportunity to have it on TV again.”

While the promotion never hit the heights the initial attention got, that does not mean that the brothers did not run many shows, and give wrestlers a chance to perform in front of an audience.

“I just learned about the passing of Tom Farhat,” wrote Hillbilly Buddy on Facebook. “Having been a part of the AWWL for over 10 years, I have a lot of great memories of this man, who was nothing less than a great human being, and a gift to the wrestling industry just like his father, The Original Sheik. My condolences to his family.”

Michigan indy manager “Handsome” Johnny Bradford, who has been around the Big Time Wrestling Scene since 1965, dealt with the whole Farhat family at various times, and worked for the Farhat brothers. “I knew Tom least of all, but he was always kind to me, and one year  he somehow talked his brother Ed into main eventing me three months in a row.  They wanted violence on their program. They wanted blood. Tom didn’t have to explain what he meant; he knew I already knew.  I called every match, and let’s just say that the scars are still there. Not everybody will understand, but I feel bad in that there is one less person that I can call a friend in the wrestling business.”

“Tom was mostly quiet; he never really had a whole lot to say,” continued Bradford. “The longest conversation we had was in Toledo when he brought me some family pictures; one of of which was of him with Andre the Giant. Sheik had specifically made sure that Andre posed for that photo. For whatever the reason, this become young Tom’s favorite picture.”

Tom Farhat died on Thursday, October 1, 2020, after a long battle with kidney cancer. He and his wife, Kari, had two daughters, Susi and Kelli, and several grandchildren. Details of the celebration of life is in the obituary.

EDITOR’S NOTE: An earlier version of this story incorrectly misidentified and mixed up the careers of Mike Farhat, who wrestled as Mike Thomas, and Tom Farhat, who did not wrestle. The article has been amended to reflect the proper facts.