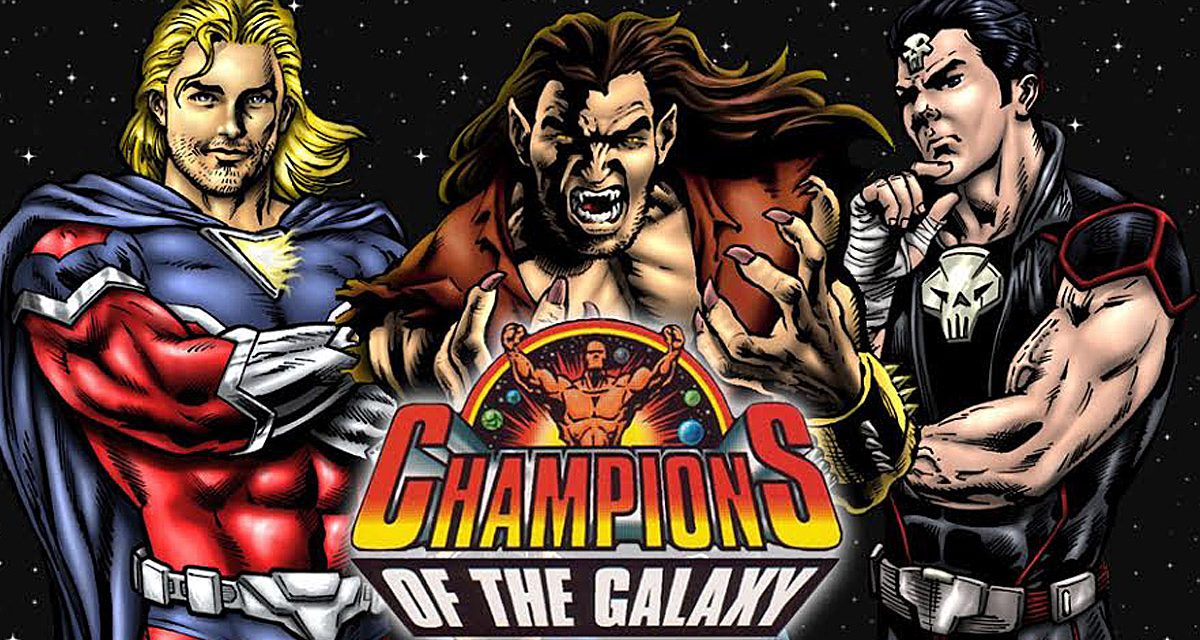 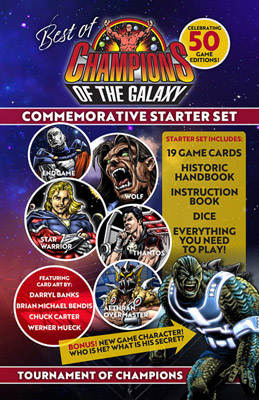 Filsinger Games is celebrating the release of 50 game editions of Champions of the Galaxy with a new collectible starter set called Tournament of Champions in late September.

Tournament of Champions will pit the greatest fighters in galactic history against each other.

The new starter set will feature 16 all-time game legends such as Star Warrior, Thantos and Wolf as well as current superstars such as Endgame, Monolith and the Aethran Overmaster.

“This is a celebration, a party!” says creator Tom Filsinger. “How many games have released 50 game editions? Not many. It’s a tribute to our longtime fans and new fans.”

Champions of the Galaxy is a tabletop cards and dice game that can also be played as an online simulation and features the concept of professional wrestling in the future on a galactic scale.

Champions of the Galaxy was first advertised in the pages of Pro Wrestling Illustrated magazine in August, 1986, and annual expansions have followed ever since.

The 50th edition of the game series, Origins 2136, was released in July.