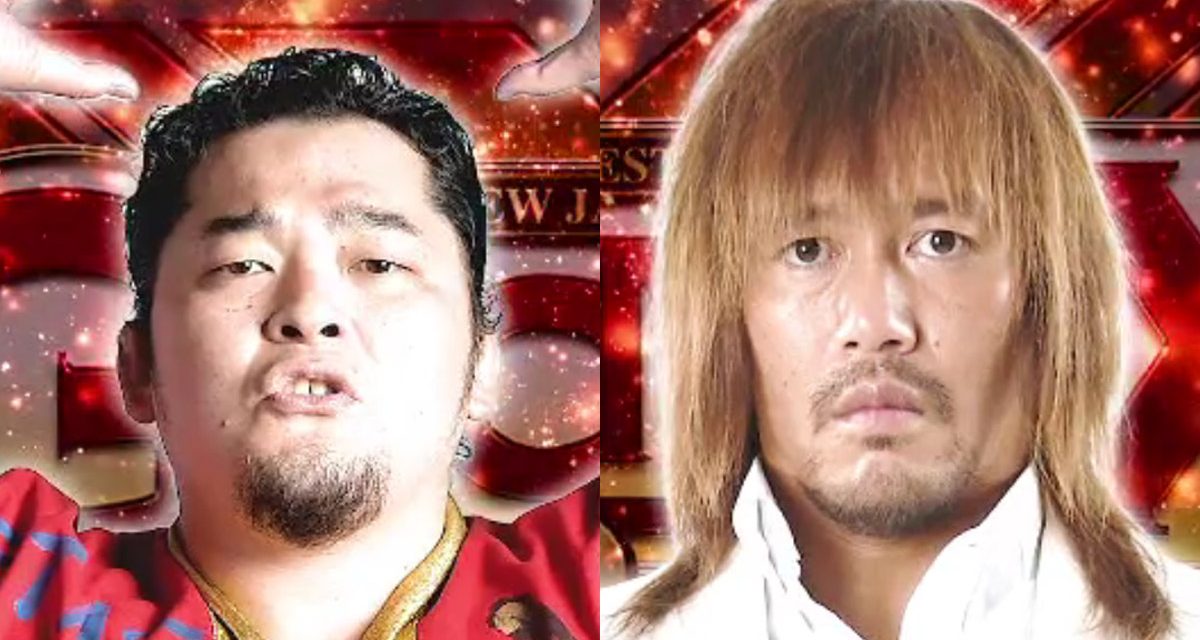 Tetsuya Naito, the current IWGP Heavyweight and IWGP Intercontinental Champion, and Toru Yano have squeezed Robinson out of the top of B Block, at least for the time being. On day six of the G1 Climax tournament Yano and Naito are still undefeated, both on a three match winning streak. Naito’s Los Ingobernables de Japon teammate has yet to score a victory or a point.

Naito beat Hirooki Goto and Yano defeated Evil in an upset while Robinson lost to the NJPW’s “Ace” Hiroshi Tanahashi. 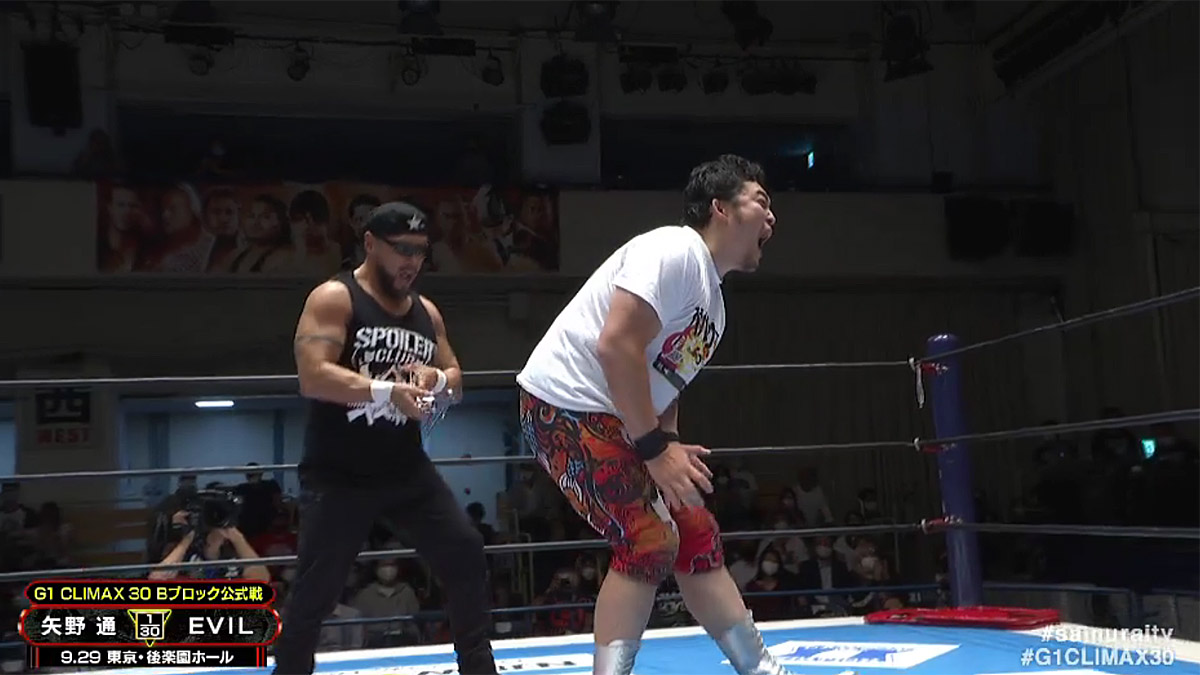 Dick Togo punches Yano where it hurts the most. Courtesy: NJPW.

Yano continued his winning and cheating ways which have lead him to the top of B Block. It took no time for him to untie a turnbuckle in his match with Evil. Evil went do to the same but Yano whacked him in the back hard. Evil threw Yano outside the ring so Dick Togo could attack him. Ticked off, Yano taped Togo to a ringside barrier. He tried to do the same to Evil but Evil raked his eyes. Evil whipped Yano time and time again into the exposed turnbuckles. Yano pushed Evil into Red Shoes, punched him in the “lower abdomen”. Togo snuck into the ring doing the same to Yano. Yano shoved Togo into Evil, punched both of them in the family jewels and rolled up Evil.

Naito beat Goto in a gruelling match with Destino.

At the start of this match Uemura was leading this apparent series by 3-2. Uemura makes Kidd tap out to the Boston Crab. 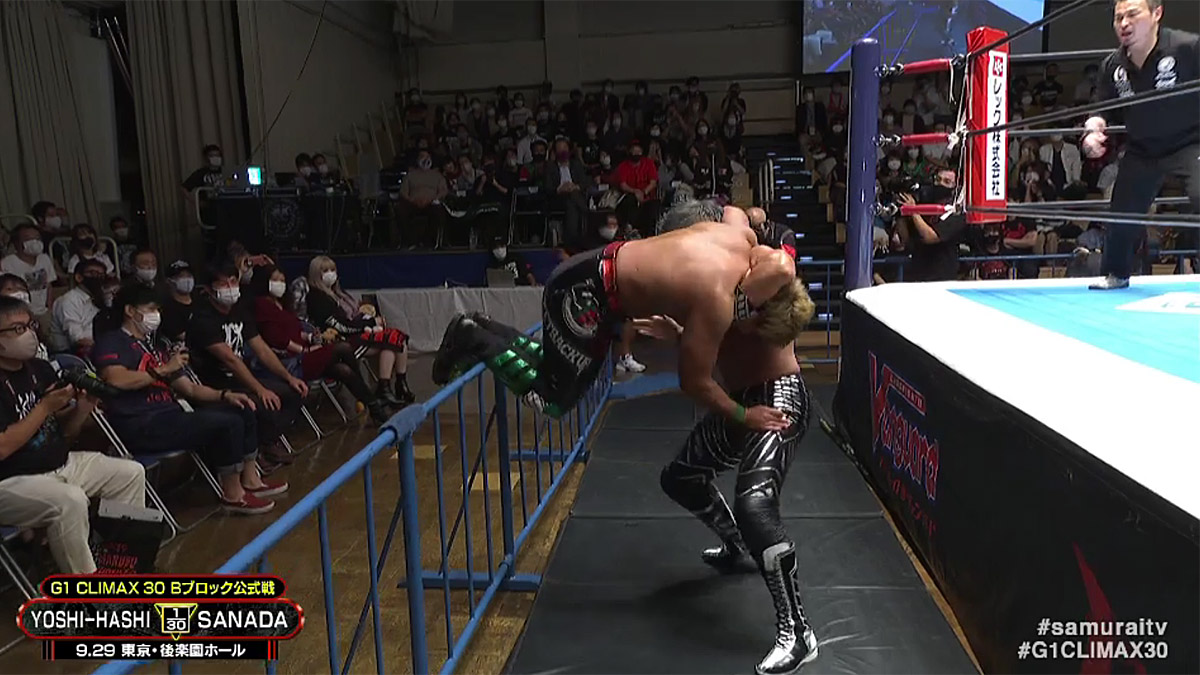 Yoshi is about to have his neck scrambled. Courtesy: WWE.

In a cool move, Sanada balances Yoshi on a steel barricade then gives him a spinning neckbreaker on the arena floor. Yoshi frees himself from Skull End once and then when he doesn’t respond to the official, the official breaks the hold after Sanada applies it a second time. What?!!? Yoshi gets his knees up though on Sanada as he moonsaults off the ropes. Yoshi pins Sanada with Karma.

Zack Sabre Jr., the Most Electrifying Wrestler in the World Today cannot out strike the striking machine. Sabre Jr. Goes to Sleep.

Juice has his problems from the start. He cannot seem to maintain the advantage over Tanahashi. Even a suplex from the second rope won’t put him down for the count. A Sling Blade stops Pulp Friction. Robinson attempts it again. Tanahashi simply rolls him up. “F—k!” says a frustrated Robinson afterwards.

Yano’s antics are one of the highlights of this year’s G1. You cannot help but to pull for the master of Sneaky Style. Middle of the road event.