Behind the Gimmick Table: A glimpse into Kingdom James’ kingdom 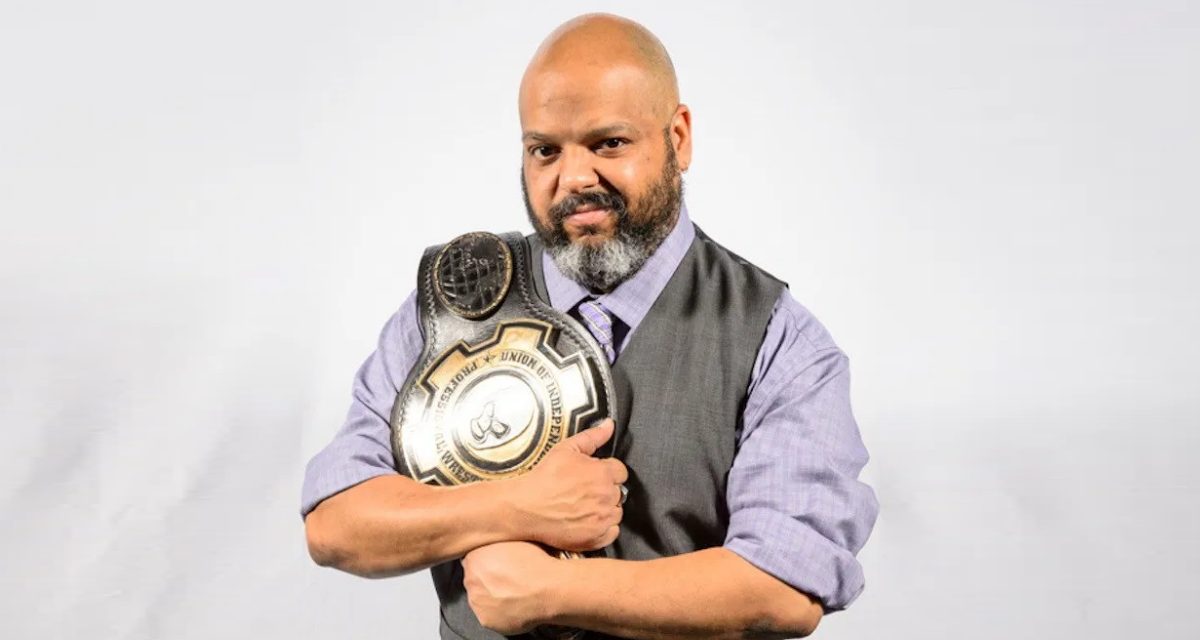 Anthony Ruttgaizer — the wrestler and manager Anthony “Kingdom” James — has a unique nickname in the industry. His much younger peers in the business refer to him lovingly “Uncle Kingdom,” both because he’s been around a while, and because he bears a striking resemblance to the late actor James Avery, who was Uncle Phil on The Fresh Prince of Bel-Air. 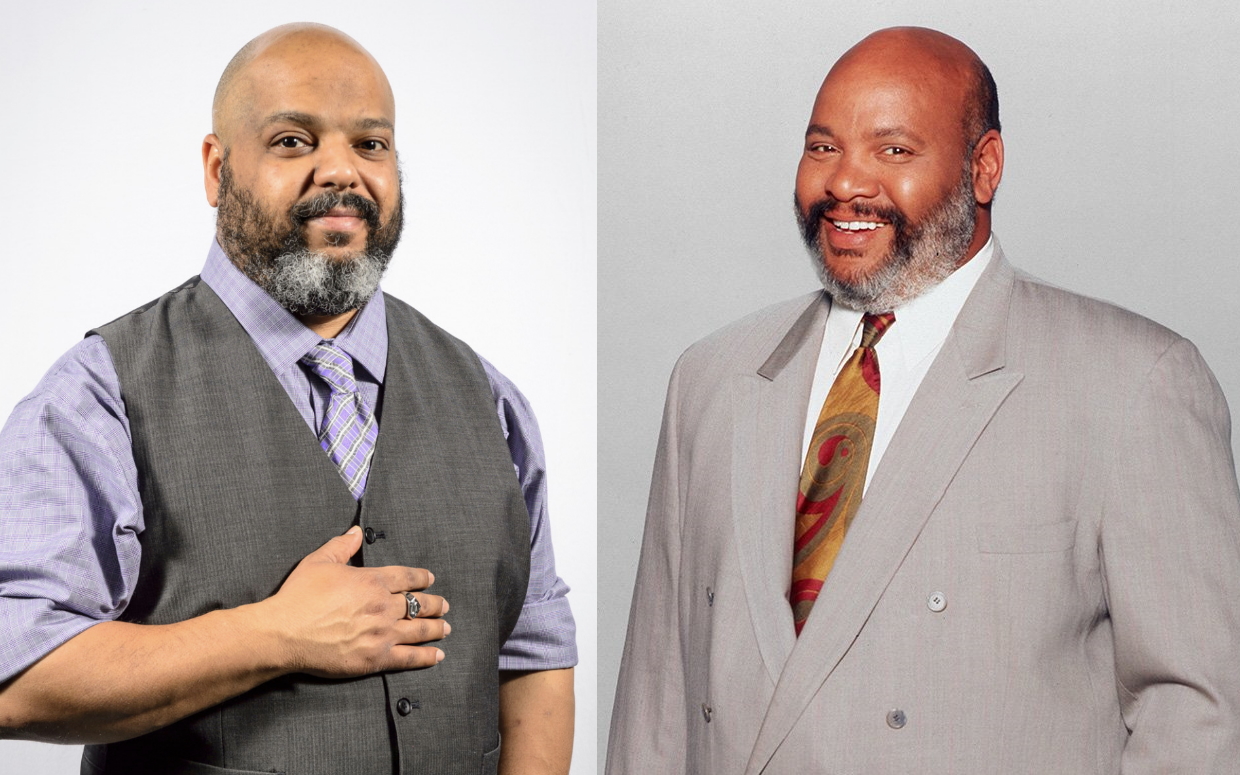 Many terms can describe Ruttgaizer — creator, booker, owner, journeyman, AFOL, owner, Handsome Genius. Key to each one of these descriptions as the overlapping element is the role of merchandising.

He has been involved in the independent professional wrestling circuit for nearly a quarter century, and it’s rare to find someone with as much experience as him in locker rooms. Although Ruttgaizer has never had a run in a top company, he remains relevant, especially when you consider his success in and out of the ring “on paper.”

But Ruttgaizer wasn’t always a wrestling fan. In the late 1970s, it was Star Wars that captured his imagination. He had to wait a little longer than many to see it, the six-year-old Ruttgaizer going to see the film in a theatre in August 1977. Soon, he took the action home with the figures by Kenner. His relationship with the Star Wars figures was more about play rather than collecting. He “was never trying to get them all. There would be ones I really really wanted.” Play for him was also about community rather than playing alone “Big bunches of us would get together and play in somebody’s yard or driveway. One guy’s dad had a truck engine in the driveway and we used that a couple of times as an Imperial base.”

It wasn’t until the age of 13 that Ruttgaizer  found pro wrestling, when his friends’ fandom spread to him. As with the Star Wars figures, it was about play with his friends in the field beside his apartment building in Scarborough Ontario. As he puts it by, he and his buddies began “screwing around. Now there’s a word for it: backyarding. This was years before anybody heard Mick Foley’s name about jumping off a house. We all wanted to be Ric Flair and Arn Anderson on the lawn beside our building with milk crates stacked as turnbuckles, working on grappling and submission holds.”

While still in his teens he became actively involved in the business, first contributing to a newsletter, and then, by the age of 18, he was “was ring announcing for a couple of local promoters. A couple of my friends and I got the opportunity to start working out in their ring and some of the local guys who were around started helping us out.”

The importance of merchandise and marketing was not yet clear to him. “During the intermissions at the Boys and Girls Club in Hamilton guys were going out and, I guess they were selling merch, but I wasn’t paying attention to that.” At the time, the available products weren’t much more than publicity photos.

Not long later Ruttgaizer created his first ephemeral collectible, offering “a white T-shirt with a red print and it was all text with one little logo and it read RCMP Royal Canadian Mayhem Patrol. I made, like, 20 shirts and I sold them all. It proved to me that you could sell merch.” 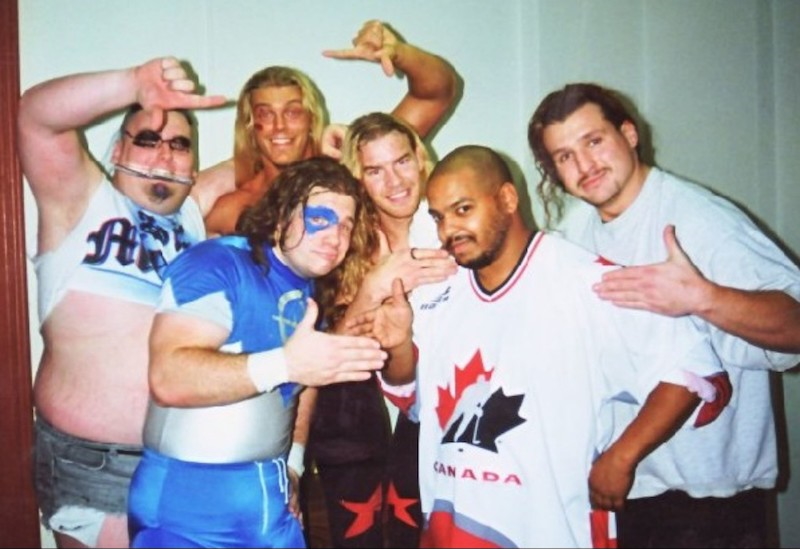 As a wrestler, commentator, promoter and manager Kingdom has appeared in the wrestling rings of Ontario and Quebec, throughout the Northeast and Midwest United States and across the Atlantic to England and Spain. He has shared these rings with some of the top names in the industry. 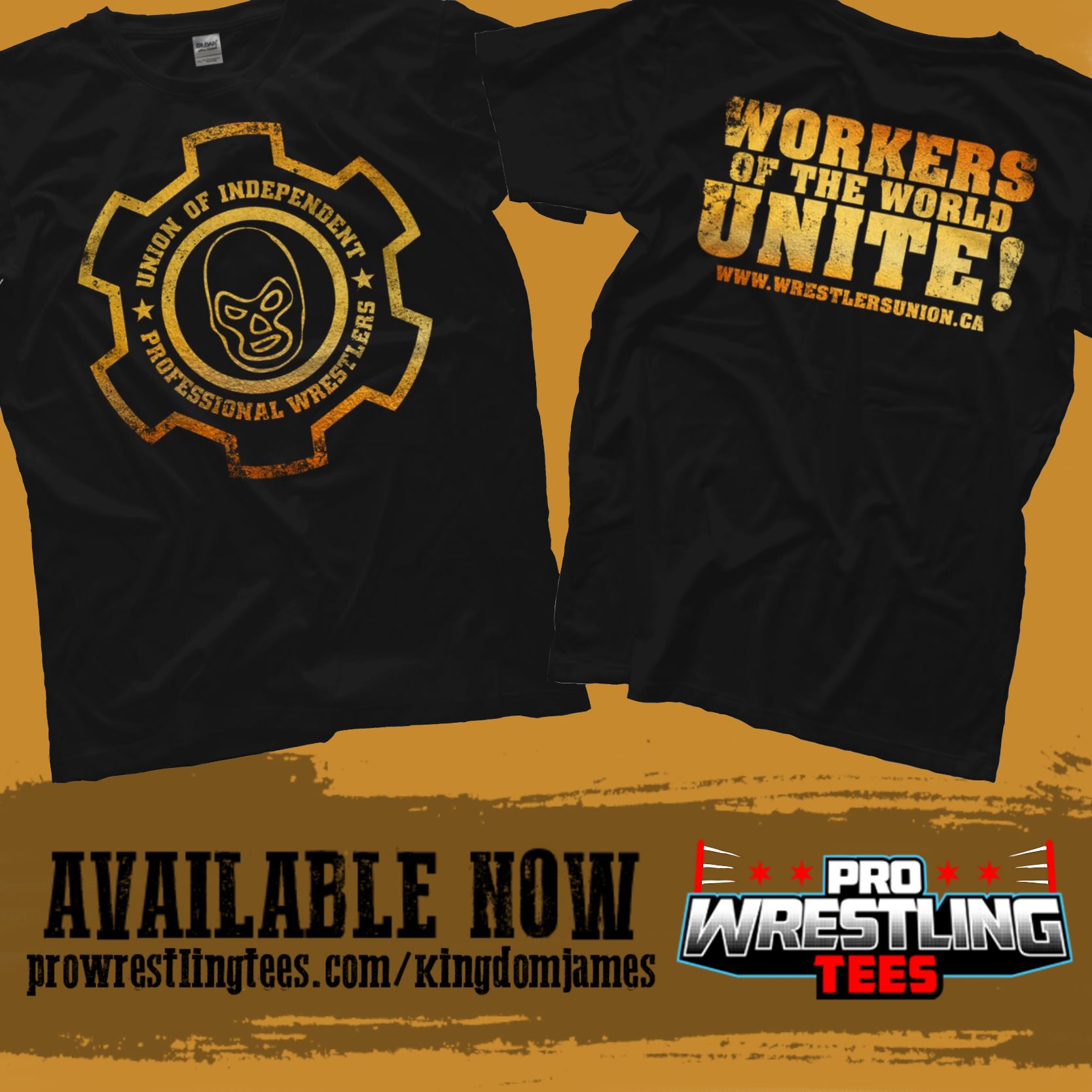 The latest incarnation of the UNION T-Shirt (courtesy of prowrestlingtees.com)

Years later, the most successful merch for Kingdom James has been T-shirts. “It’s always been the Union logo shirts. I’ve been doing different versions of the Union logo since 2000. I came up with the gimmick in very late ’99. I started doing the shirts in 2000.”

But the shirt’s success pales in comparison to his venture into the medium of comic books.

Ruttgaizer got into comics before he did pro wrestling “[although] some friends were into comics. I didn’t really care but one day I bought Wolverine #1 by [Frank] Miller and [Chris] Claremont and that was the first comic book I bought with my own money and I absolutely loved it.” 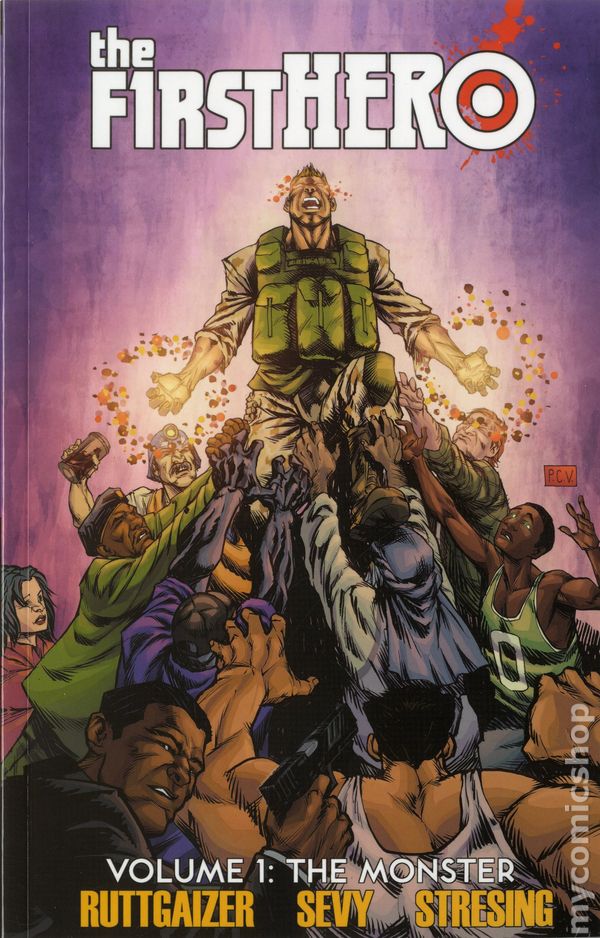 In 2011, he took his own shot at telling stories on the printed page panels. Since then tens of thousands have viewed his initial offering The First Hero on Comixology alone.

Pro wrestling did provide a leg up for his comic book venture. “When I went to crowdfund the book, I had a little bit of a fanbase from wrestling that was ready to take a look at the campaign and support me. A lot of people on there are depending on friends and family and I did but I had the support of fans who knew me as Kingdom James not Anthony Ruttgaizer.”

Heroes of Homeroom C was another successful crowdfunded comic series, and Ruttgaizer adds simple panel comics — #AnthonyDrewSomething — when the mood strikes him on his Instagram and website.

His interests and collecting habits have broadened from his Star Wars start. But Han Solo does remain as Ruttgaizer’s “favourite fictional character of all time. And the action figure with the black vest and the white shirt and his right hand was closed to hold his gun. So it was always in that pose where in later years when [Star Wars creator George] Lucas started fiddling with the films again and he made Greedo shoot first in the cantina. Even that figure in 1977 was poised ready to pull his gun and shoot you.”

As an AFOL (Adult Fan of Lego) and collector Ruttgaizer is still playing, and always ensures that Han shoots first in his Lego city of Otisburg.

As Anthony Ruttgaizer, he has comic projects in the works. As Kingdom James, he awaits his return to The Tranzac club in Toronto once it reopens for UNION which had quarterly events scheduled there for all of 2020 and 2021.

Right now be on the lookout for his podcast, The Handsome Genius Club,which has a new episode daily.