Sarah Stock newest backstage name to be released by WWE 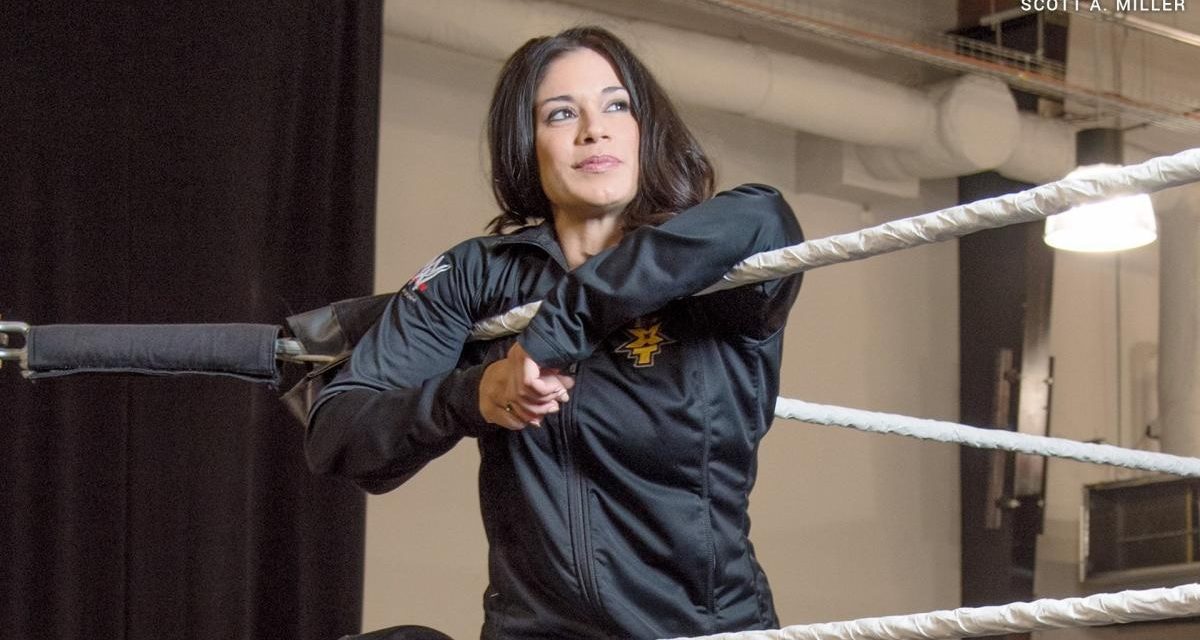 Following the news that WWE released Gerald Brisco and Mike “IRS” Rotunda, reports are that trainer Sarah Stock was also future-endeavoured by the company on Thursday.

Stock, a Canadian, had been a trainer and producer for the company since 2015, working with NXT developmental talent. She was previously furloughed along with many other producers when WWE made a number of roster cuts in April as cost-cutting measures in the face of the COVID-19 pandemic.

Stock started wrestling in her hometown of Winnipeg, Manitoba, and found great success in Mexico wrestling as Dark Angel, and also had success under her real name in the all-women’s SHIMMER promotion.

She previously wrestled in TNA (now, Impact) Wrestling under the name Sarita, where she held the Knockouts Tag Team Championship twice – once with fellow Canadian Taylor Wilde, and once with Rosita (now, WWE’s Zelina Vega), with whom she would join the Mexican America stable, along with male wrestlers Anarquia and Hernandez.

As of press time, Stock had not commented on the news on any of her social media accounts. The last video posted on her YouTube channel was a video she did with WWE superstar Lacey Evans. Coincidentally, some of her last words in that video, which were about her time in South Carolina, now seem almost prophetic in light of the circumstances: “I’ve been having such a fun time… being around good people with big hearts. I don’t want to leave, honestly. But I’m not one to overstay my welcome, so I will be heading out soon.”

She has been detailing recent travels in a pretty great travel website/Instagram posts: www.itsawander.com