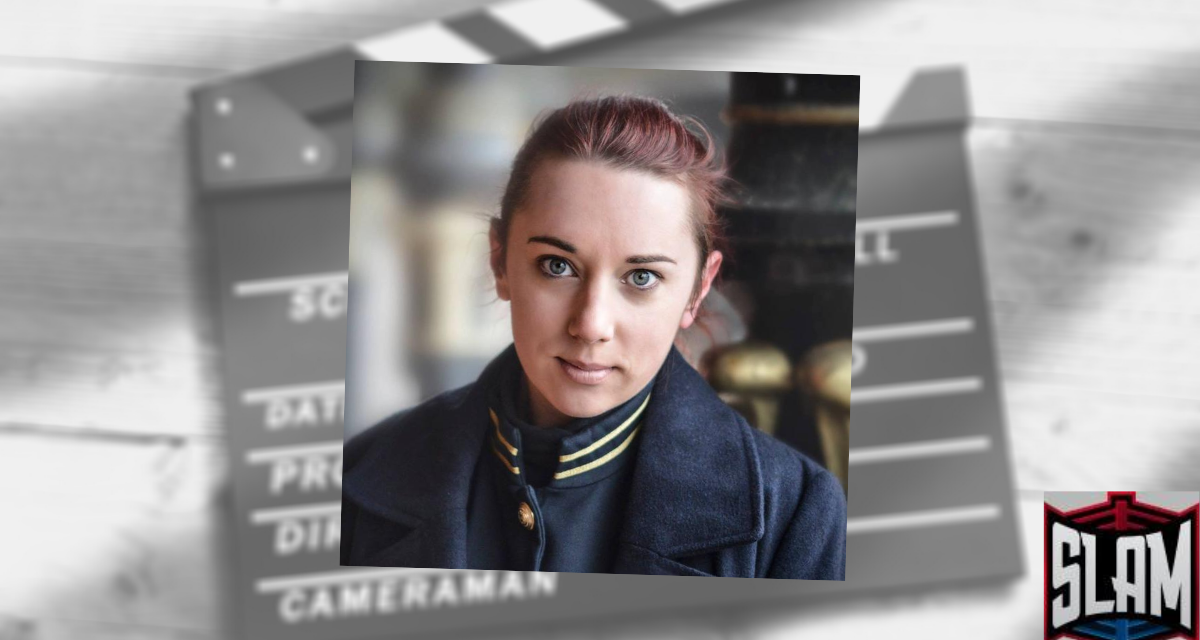 For five years, Welsh director Joann Randles has worked tirelessly to bring Adrian Street’s story to the screen in her documentary You May Be Pretty, But I Am Beautiful. After reaching out to her countryman (although Street was living in Florida at the time), navigating the treacherous waters of independent filmmaking, and, to top it all of, seeking to understand the world of professional wrestling, Randles’ reward upon the worldwide release of her film was … more work.

“It’s been exhausting,” Randles admits in a recent chat with SlamWrestling.net, “but in a really positive way. It’s been overwhelming, and I’m hoping in the next few days to get some sleep.” Part of what kept Randles busy in August, after the documentary was released On Demand, was the influx of feedback and interview requests from all around the world. “It seemed to be non-stop with people in all different countries, but I’m just glad it’s out there and people can watch it”.

In detailing the responsibilities that she took on for this venture, Randles, who works for hire in film and video alongside running her own productions, points to the rather short credit sequence of You May Be Pretty, But I Am Beautiful as an indicator of how many hats she wore. “I was the director, producer, camerawoman, editor, and did all the boring stuff that people don’t think about,” she says with a laugh. “I’m not a professional marketer by any means, so that’s something I had to learn. But I knew from the get-go what I was getting myself into”.

The question becomes, then, what was it that drew a non-wrestling fan to give years to a project about someone she had never even watched perform, never mind met? It was a picture that has captured the imagination of many before Randles and has stood up as one of the great promotional wrestling photographs of all time. Adrian Street, having run away from home at the age of 16 to escape a predestined career in the mines, returned with a national press photographer to capture himself in full, exotic garb, next to his father and the other miners who had told him to stay put instead of chasing his wrestling dreams as a teenager. 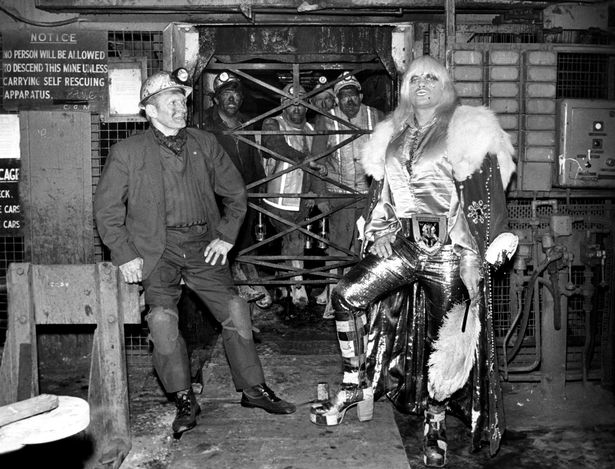 The press photo of Adrian Street and his father that caught the eye of Joann Randles and sparked the documentary. Photo: Adrian Street

“It’s really striking”, Randles says of the photo. She felt compelled to learn more about the story behind the photo, and connected with Street over Skype to lay the groundwork for a long partnership. That photo, Randles believes, encapsulates Street’s character and boldness so perfectly, and details what she’s learned about the times in which Street was growing up. “If you weren’t working in the mines, you weren’t a man. Of course, (Street’s wrestling dreams) must have been alien. He was expected to get down in the mines and follow in his father’s footsteps. I wanted to learn more about Adrian, and I wanted to hear about it myself.”

This helped to form the central focus of the film, which is not, according to Randles, biographical but rather allegorical. “The story of passion and drive, to get what you want out of life, is a story about perseverance and being true to yourself,” she explains. All of that is certainly on display in the famed photograph.

The process then became how to best understand Adrian as a subject, and professional wrestling as an environment. Randles returns many times to how capturing open and honest reflections from Street would not have been possible without committing to a project long-term. “I think it has a lot to do with getting to know the person you’re interviewing,” she says. “You don’t want something that’s just a throwaway.”

She also obtained testimonials from many in the wrestling business, with the most well-known being Mick Foley and Stu Bennett, both of whom have unique takes on Street’s legacy. “It must have been quite a nice feeling to sit back and listen to what people said about him,” Randles muses. “And every person that’s on board had worked with Adrian or was inspired by him. Nobody had to be persuaded – everyone approached me”. 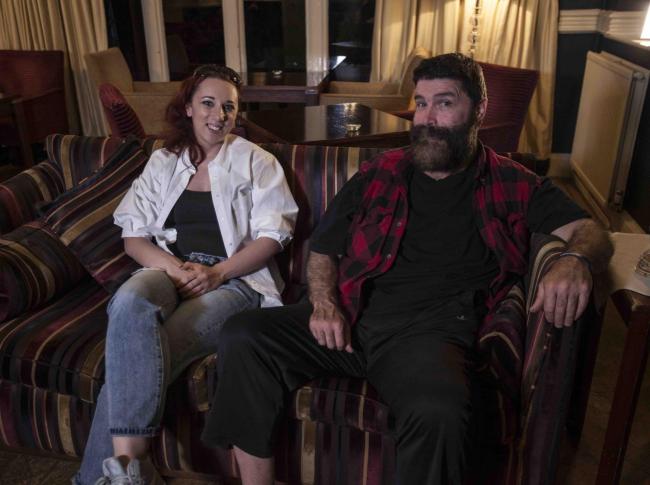 As for entering the world of pro wrestling, Randles freely admits that while she isn’t a fan, it’s been a good experience becoming a part of the community. “My knowledge of wrestling came from my brother, who watched WWE, so I knew The Rock and The Undertaker,” she explains. With her own outsider’s perspective, then, it became Randles’ job to pitch her story to non-wrestling fans as worthy of their attention. “I think people need to educate themselves about wrestling. What you see on TV now is nothing like what it was like when Adrian was wrestling. What you saw on TV then was as it was: really, really rough”.

Randles thereby latches onto the set of defining characteristics of Adrian Street: the flamboyant, prancing showman, who was understood to be as tough as nails and with a chip on his shoulder to boot. Randles explains that what she found was not a man who was stepping into a character and putting on a show, but actually a man whose character happened to fit into the world of wrestling better than any other world he’d tried.

“He is a man of his character, and he is the embodiment of who he is,” she says. “Adrian grew up with British wrestlers wearing speedos – they were boring. He wanted to be like the ones he saw in the magazines. I firmly believe that if you want something you’ll go out and get it. It won’t be handed to you.” 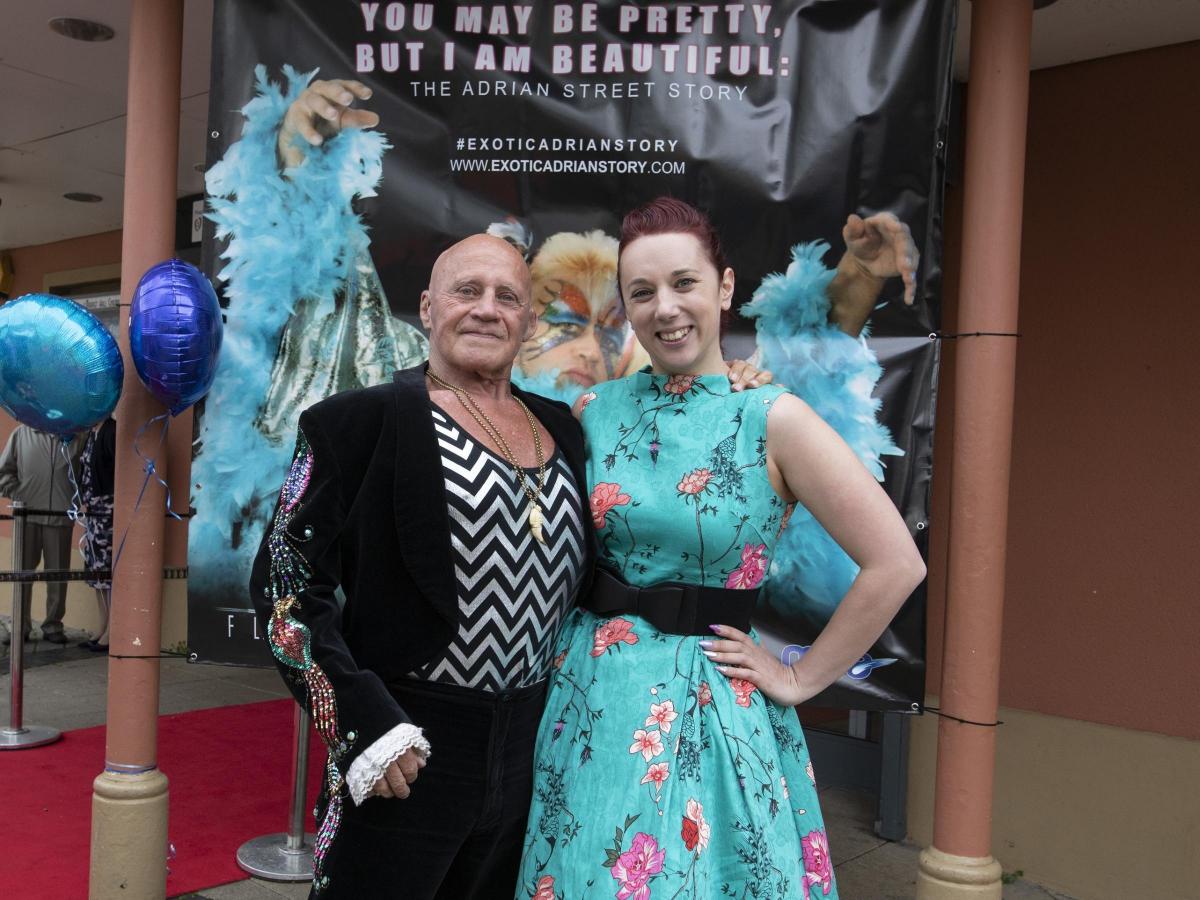 Adrian Street and Joann Randles at the premiere of the film in 2019, in Wales.

There’s an outlook in that sentiment that is shared by both Randles and Street, who follow different paths but both work single-mindedly to achieve their goals. Perhaps it’s no surprise that there’s a spark of friendship in their professional partnership, which promises to continue beyond You May Be Pretty, But I Am Beautiful. In responding to  a question about the rather small role in the film for Miss Linda, Street’s valet in wrestling eventual wife, Randles explains that there’s a very good reason for that: “Linda deserves her own story”, and she is planning to pursue a project that focuses on her next. On top of that is a complimentary dramatic treatment of Street’s life that Randles hopes to put into full gear now that You May Be Pretty, But I Am Beautiful has achieved its release.

It would seem that again, much like Street who pushed through one challenge with the intent of finding another, Randles doesn’t actually plan on getting much rest after all.