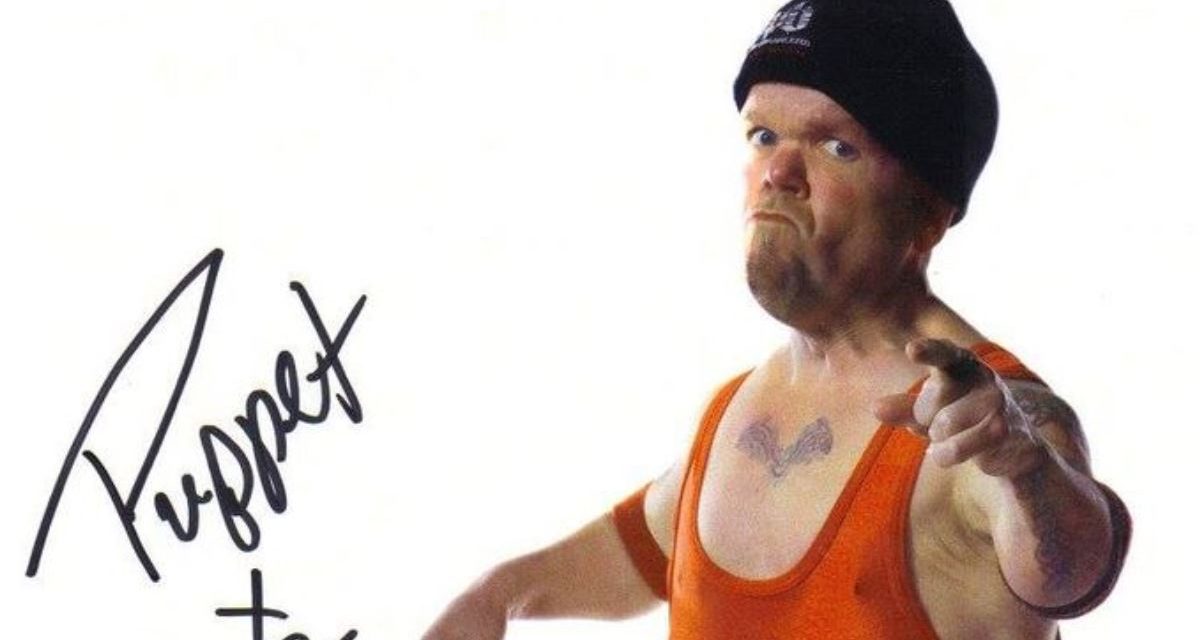 The name Stevie Lee Richardson is not one known by the majority of wrestling fans. But Puppet The Psycho Dwarf? That was a memorable name.

With his surprise passing on Wednesday, September 9, 2020, in his home, his brother, Jim, is scrambling to deal with final arrangements, and has set up a GoFundMe account set up.

“Puppet has put smiles across the world with his hardcore attitude and lifestyle. He is a legend in the art of Midget Wrestling,” reads the account.

That word “midget” was never one that the 4-foot-4 Richardson Chicago-native shied away from.

”I would rather be called a midget than a little person,” he told The New York Times in 2010, ”because I consider myself a very large individual.”

Half Pint Brawlers on Spike TV was Richardson’s baby, and he was front and centre on the show, which ran for six episodes in 2010, with other names like Kato (Chris Dube), Beautiful Bobby (Bobby Tovey), Turtle, Spyder, Mad Mexx, Teo, Flipper and more.

“Being a Half Pint Brawler is one of the greatest things I’ve ever done,” boasted Richardson to Mike Mooneyham in the Charleston Post and Courier in 2010. “We’ve been able to travel the world. During these episodes we went to Mexico, Louisiana, Chicago, Los Angeles. We’re non-stop and a constantly moving company.”

It was hardly his first appearance on TV. 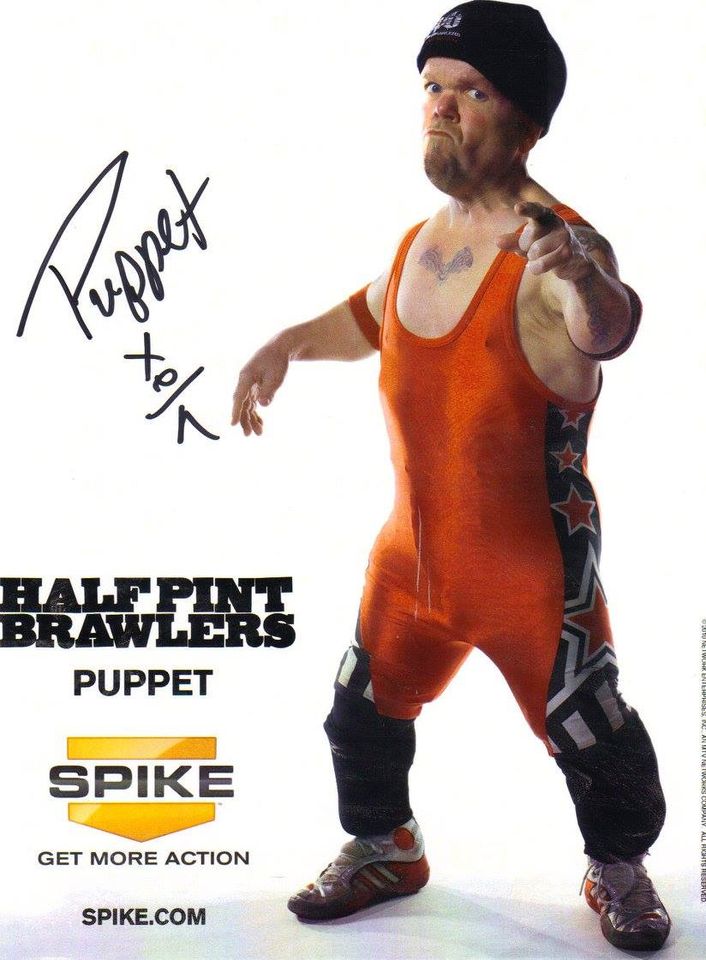 According to the Times article, Richardson trained as an actor, including performing Shakespeare. That progressed to stunt work in movies (often as a stunt double for child actors), and then into wrestling around 1998. Wrestling fans might remember his appearances on TNA, and Impact Wrestling tweeted out its condolences.

He made appearances on TV shows, such as American Horror Story, and in major movies, in small roles, like The Babe (1992) and Oz The Great and Powerful (2013). Richardson was also a part of the Jackass team for certain stunts. He was also an on-air personality for the Mancow Morning Madhouse radio show. 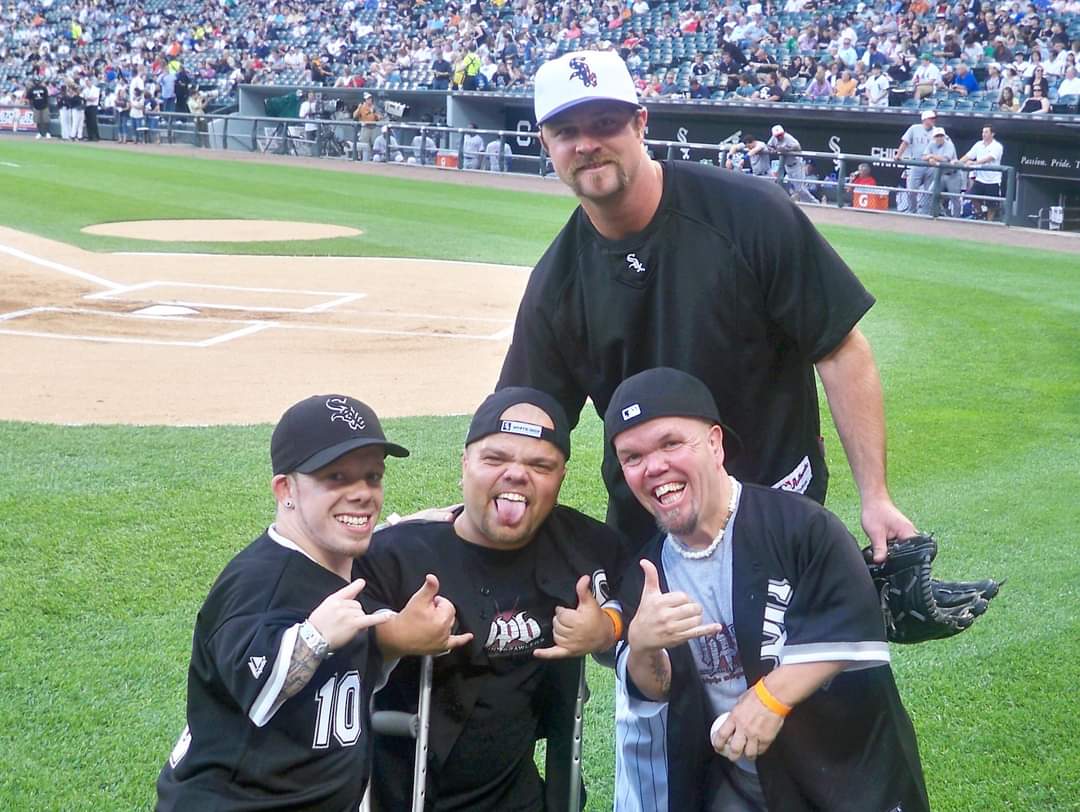 The Half Pint Brawlers at a Chicago White Sox game, with Richardson the right.

Richardson also did many shows, bringing the little people from town to town, including the “2004 Rock’um Sock’um Tour — An Evening of Midget Wrestling.” On some of those shows, he would do a half-hour of comedy pre-matches.

With the popularity of ECW and hardcore wrestling, Richardson saw an opportunity to take little people wrestling in a new direction.

“I thought, ‘Man, you know what? I don’t see anything hardcore out here.’ It’s all midgets biting ref’s ass, running around the ring, acting like tokens. I just saw the crowds involvement in it when I was doing these shows so I decided to open up something … It hit; it just took off,” said Puppet in a 2004 interview with Nick Pittman. The promotion was called “Bloody Midgets” for a time.

But it was as Half Pint Brawlers that “The Psycho Midgets” made an impression, with their use of staple guns, thumbtacks and broken bottles. A DVD of their antics sold thousands of copies, and it got them booked to even be an opening act on Kid Rock concerts.

“We love our jobs,” Richardson told Mooneyham in 2007. “We get drunk, we go wrestle and we pick up chicks. What else is there in life?”

Further information on Richardson’s passing, and funeral information, is not known at this time.