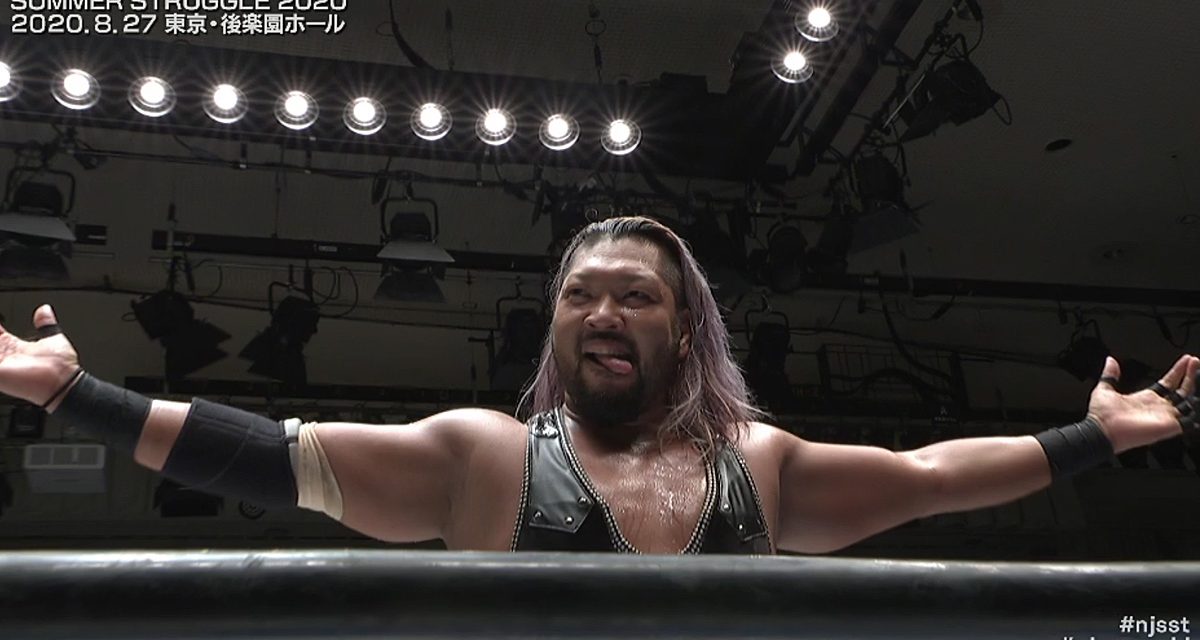 After a knock-out show yesterday it was back to more wishy-washy tag matches as NJPW’s Summer Struggle tour moved on today.

Dick Togo was back in the corner of his Bullet Club pals. Just like it makes no sense that Bayley and Sasha Banks are able to linger outside the ring during their partner’s solo matches in the WWE, there is no reason Togo should be allowed at ringside unless he is a manager but..wrestling logic.

Takahashi and Naito knock Ishimori out of the ring so they can double team Evil. Natio yanks on Evil’s hair even though Red Shoes gives him the business. Takahashi is taken out early on leaving Naito to wrestle a handicapped match for most of the bout. Togo takes matters into his own hands choking out Naito on the floor. Bullet Club feigns innocence when Red Shoes gives them a disparaging look. 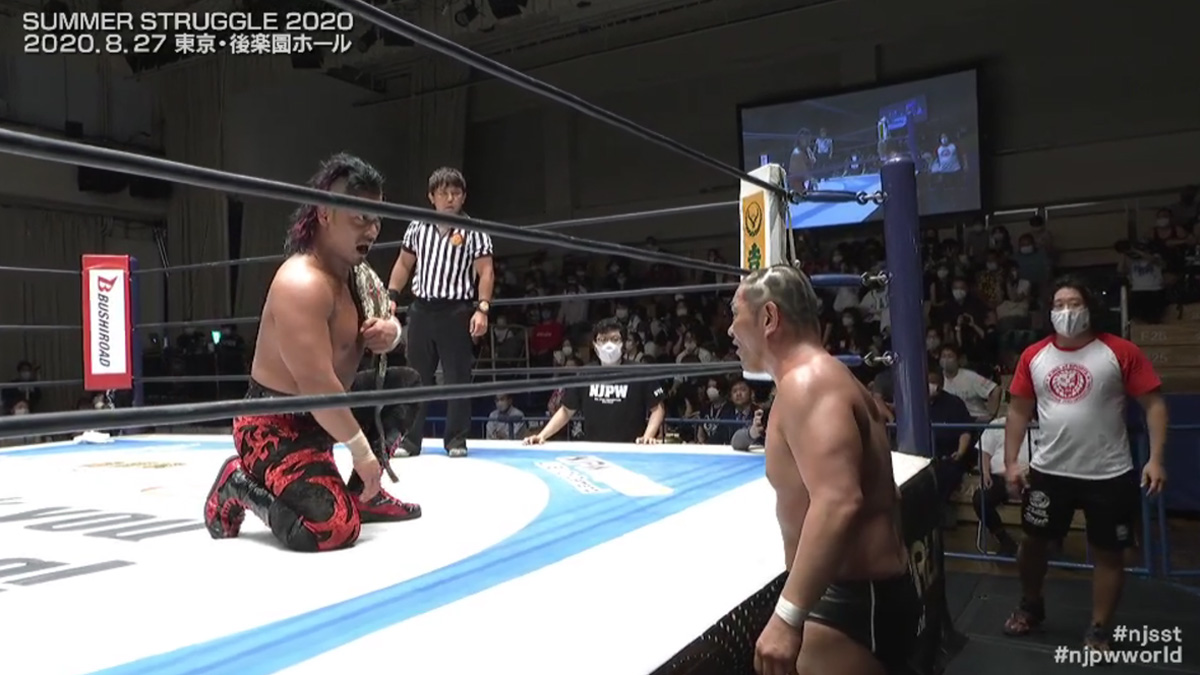 Evil throw Naito so hard into the barrier that it shifts the others attached to it. Takahashi is hot-tagged in. He goes nuts on Evil chopping him down to size…for a while. Evil dives out of the way so that Takahashi’s shotgun drop kick hits Naito instead. Naito is driven hard into a corner stunning him.
Ishimori punishes Takahashi shoulder then Evil whacks it with a steel chair pinning him with Everything Is Evil. Takahashi sells the injury rolling around on the floor as Evil spouts off in the ring.

Technically, nothing wrong with the matches in any way. The event just didn’t have any shock or awe to it at all. No highs. No lows. Just kinda played out.