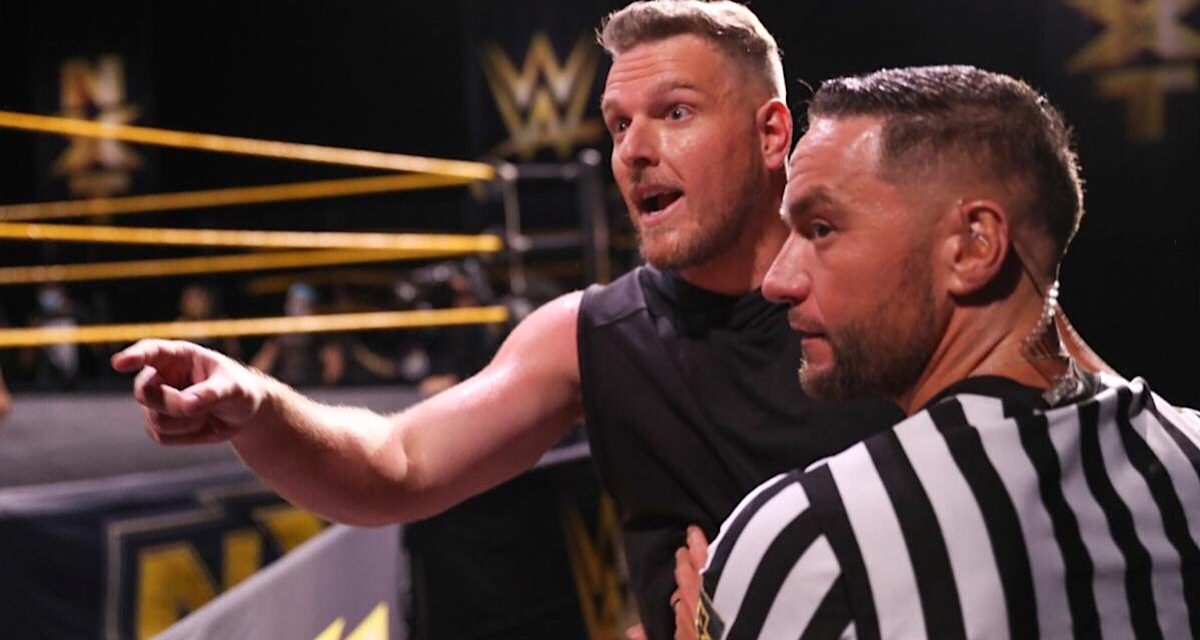 Adam Cole’s outburst on The Pat McAfee Show shook the wrestling world. Shoot or not, everyone was talking. While the hype settled down, and tensions disappeared, NXT began contriving their hottest angle yet. The McAfee-Cole feud continues, fostering more chaos than previously imagined.

Ripley has the opening advantage using her size and power, knocking down Kai with multiple clotheslines. She continues the onslaught with strikes followed by a suplex; Kai has minimal offense. Ripley holds down Kai with a leg lock before taking it outside, slamming her opponent into the apron.

Back from break, Kai bafflingly takes control. Ripley then makes the comeback for a two-count. They trade blows with Ripley winning the exchange. She attempts the Riptide, but it’s countered by a DDT. Kai also attempts her finisher, runs into a boot, and falls into the Prison Trap submission. Both women are down until Kai delivers a running boot; she attempts a Superplex but ultimately gets countered. Then from nowhere, Mercedes Martinez attacks Ripley letting Kai hit the GTK. Kai goes to Takeover with a victory as Martinez attacks the loser once again. Poor Ripley can’t catch a break, spiraling down the ranks since Wrestlemania.

Earlier, Pat McAfee talks to Shawn Michaels about his encounter with Adam Cole.

Reed and Thorne are Australian-born and former tag team partners. They lock up before Thorne throws some hands, and Reed returns with strikes. Thorne throws a dropkick and follows with a suicide dive but is eventually planted towards the apron. Reed attempts his top-rope splash before Thorne delivers a running dropkick, senton, and high knee. Thorne looks ‘mighty’ impressive! Reed hits a headbutt and senton for a two-count. They stagger each other with blows until Reed delivers a closeline and Death Valley Driver. He follows with a top-rope splash for the victory.

Earlier, Breezango head inside before attacked by Legado Del Fantasma. Fandango is kidnapped as partner Tyler Breeze runs after the SUV.

Robert Stone is asked why Mercedes Martinez attacked Rhea Ripley. He says “The Robert Stone Brand is not done with Rhea Ripley”, referring to their previous feud.

Holland makes his NXT debut with an extremely uninspiring entrance and theme. Maybe his in-ring performance will be different. Priest strikes down his opponents, and the action starts hot. Lorcan dives to the floor as Mauro Ranallo aptly calls, “It’s a human demolition derby!” Holland catches both Lorcan and Priest with a suplex before commercial. This newcomer is delightfully aggressive.

Holland and Priest trade blows before Lorcan dives onto them. He then delivers a Double Blockbuster and follows with some uppercuts. Lorcan attempts a suicide dive before Holland pounces him into the air; his rugby background is clearly shown. He then slams both Lorcan and Priest into the mat. Everyone is down, and Lorcan and Burch hulk up with strikes. Holland delivers a stiff closeline before getting caught by Priest’s Chokeslam. Priest hits The Reckoning on Lorcan for the victory. 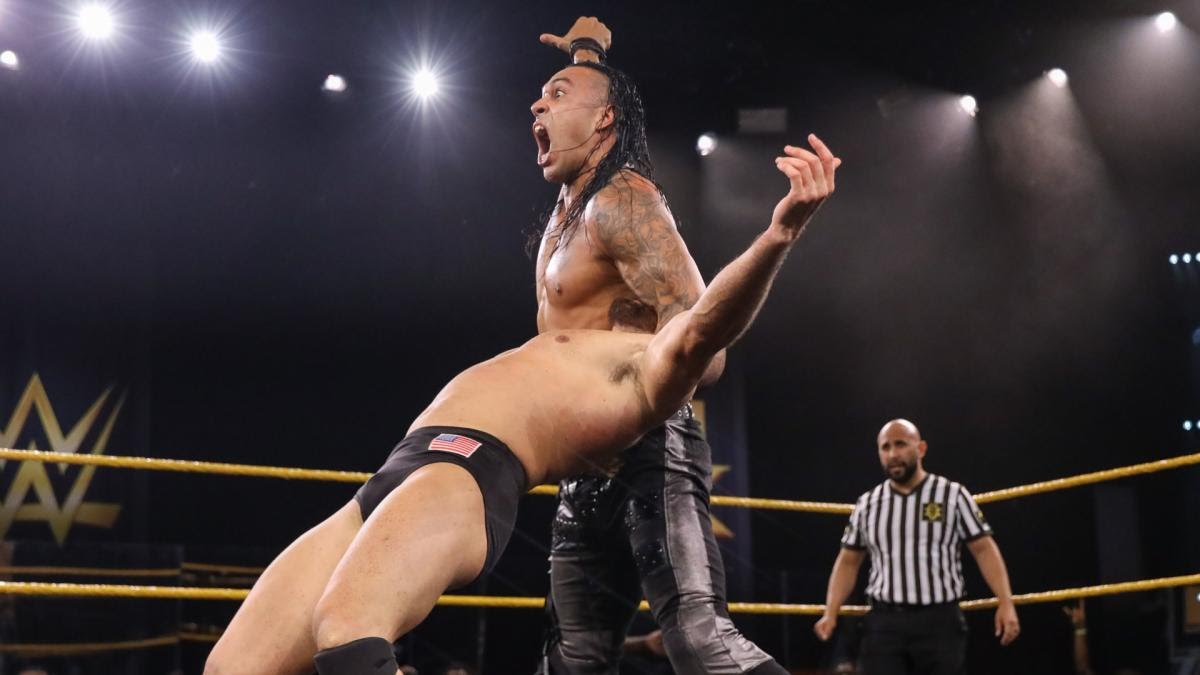 Tom Phillips announces that Adam Cole and Pat McAfee have forgave each other. Via Twitter, McAfee claims they conversed and made up; so there goes McAfee vs Cole?

Grimes nervously prances around the stone-faced champion. He retreats to the floor saying, “I know you’re mad, but you better adhere to the rules!” Grimes’s ridiculous accent makes him stand out, for sure. He finally attacks with no avail, as Lee literally hulks up with a shoulder tackle. The champion whips Grimes to the floor and attempts to attack. But Grimes targets the leg, throws Lee into the steps, and delivers a moonsault before break.

Lee comes back with strikes and bulldozes Grimes for a two-count. He attempts a Powerbomb, attempts his finisher, but is countered by a rollup. Grimes tries to comeback; he hits a mind-boggling flipping counter for two. The champion delivers two double chops before clotheslining Grimes to hell; his wrist control is impeccable. Lee gives mercy by hitting The Spirit Bomb for the victory. 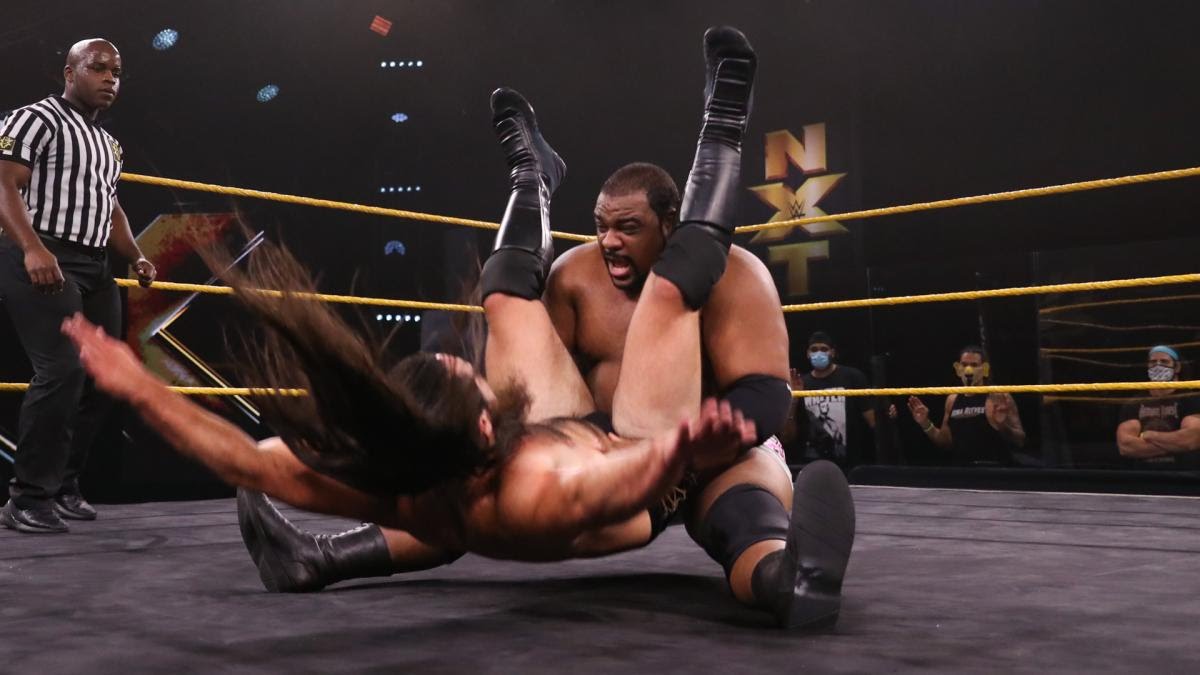 Legado Del Fantasma enter Full Sail with Fandango in their hands. Santos Escobar accuses Breezango of mocking Lucha Libre culture: “The disrespect stops right now.” Tyler Breeze attempts to save his partner, but the numbers are too strong. Escobar targets Isiah Scott: “Speak my name again, and this will be your future.” 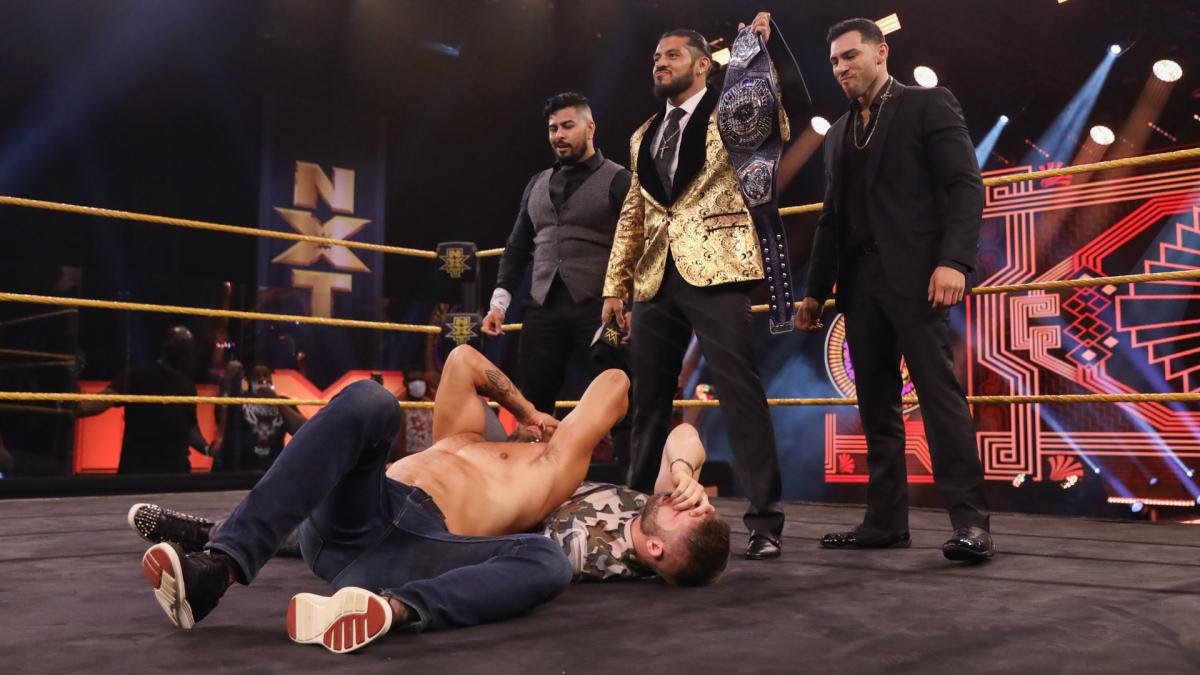 An epic video package highlights the success and glory of The Undisputed Era. As Jim Cornette puts it, “These guys are the updated Four Horsemen…They fit together, and they can all go.”

Damian Priest is interviewed outside. He’s interrupted by Bronson Reed, and they tease a one-on-one.

Hartwell talks trash before Nox brings the blows. The former takes control with a headlock and delivers a boot. Nox charges back with punches and aggressively stomps Hartwell into the corner. She quickly hits The Shiniest Wizard for the victory. This match was roughly three minutes and three minutes too long.

Next week’s matchups are announced. The newest triple-threat match pits Kushida, Cameron Grimes, and ‘Vacant’ together.

A clash of factions, tonight’s main event showcases the best in tag team wrestling. O’Reilly and Aichner viciously strike the other, with the former gaining the advantage. Fish continues the onslaught until Aichner hits a backbreaker. Barthel and O’Reilly tag in, and UE keeps the pressure. Before commercial, Imperium delivers a double-team maneuver. Cole eyes Pat McAfee at ringside; McAfee apparently had some discouraging words on commentary which sent Beth Phoenix away from the booth. O’Reilly gets the hot tag and hits a Double Corkscrew on Imperium. He cinches a kneebar on Barthel until Aicher hits an eye-catching moonsault.

Cole’s had enough of McAfee. He says “I can hear you. I’m 20 feet away.” McAfee continues to berate Cole, to which the latter throws a bottle of water. Cole is heated, and McAfee backs away as officials, Shawn Michaels, and Triple H hold Cole back. Imperium takes advantage of the distraction, hitting their Doomsday Powerbomb combo for the victory.

McAfee comes back at Cole: “Nothing is ever going to change. That for the rest of your life, you’re gonna be a tiny, itty-bitty, short little bitch!” McAfee knocks out Cole with a punt kick across the table. The final image is Shawn Michaels — Adam Cole’s mentor and compeer — looking over a lifeless Cole. 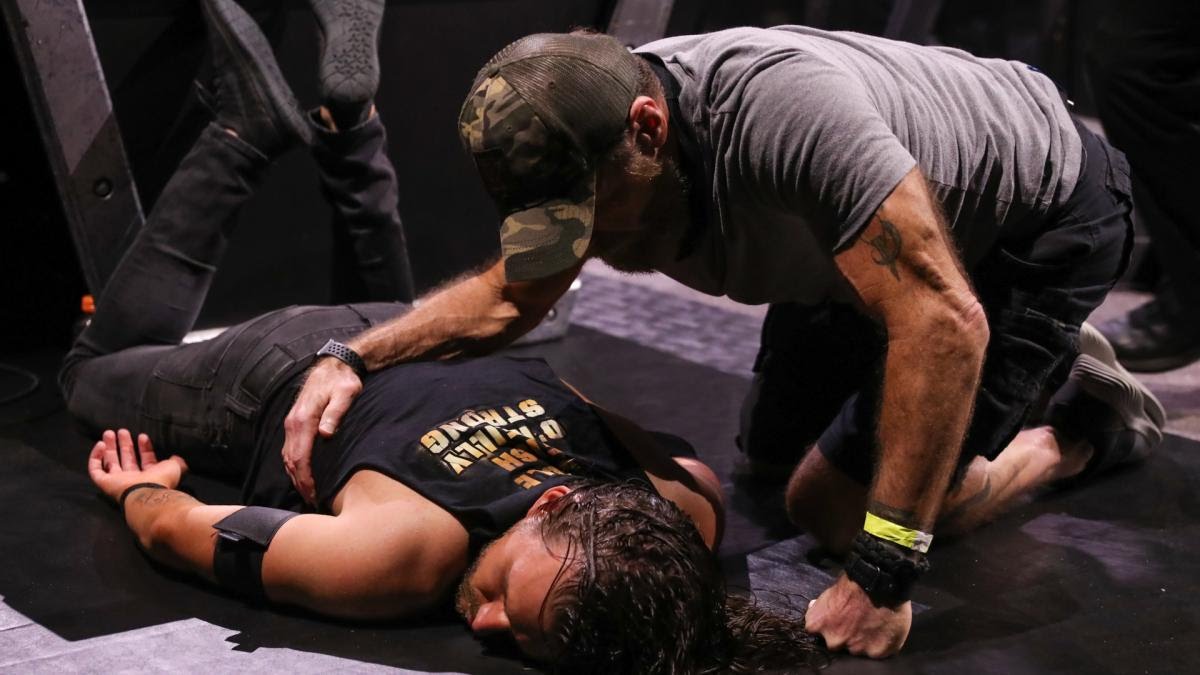 NXT closes the night with a huge angle. The remainder of the card was bland, but overall a solid show.