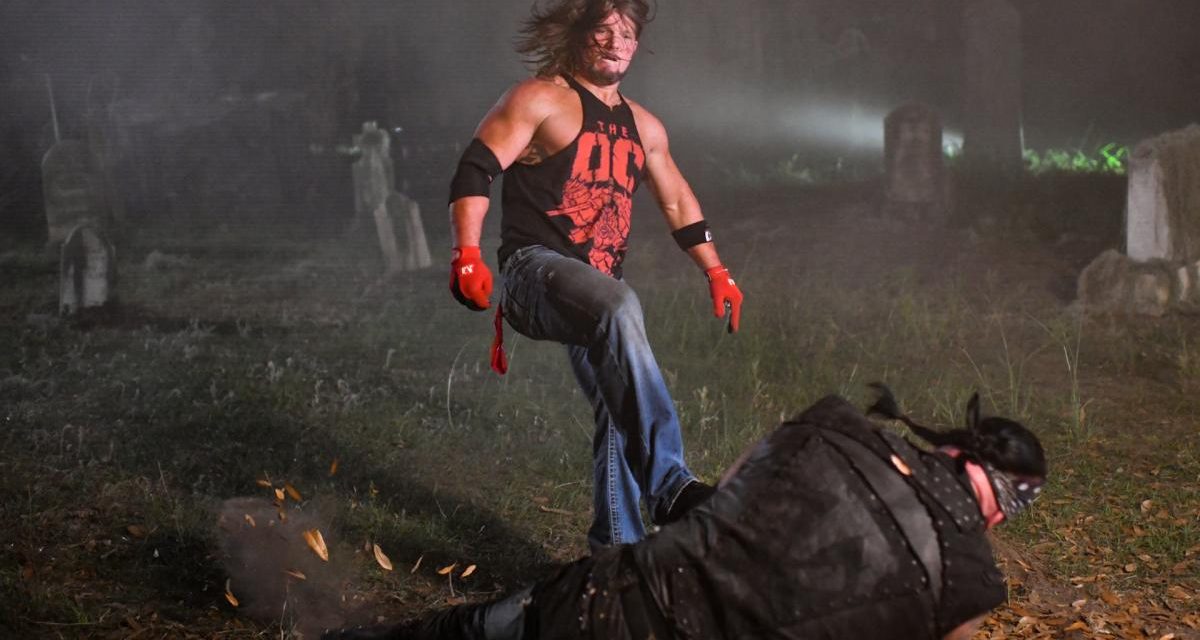 WWE Intercontinental Champion AJ Styles must be a glutton for punishment as he seems to want to walk on the darkside once again.

During an interview with BT Sport, Styles was asked if he had just three matches left in his career, one at SummerSlam, the Royal Rumble and WrestleMania, who he would like to wrestle?

Styles went onto to say that even though The Undertaker has announced his retirement he did say that if the WWE needed him he would ponder returning and he wants him to….at SummerSlam.

Styles fought The Undertaker at a Boneyard Match at WrestleMania in a losing effort as The Undertaker rode off into the sunset after burying him alive.