The merchandise of Sinn Bodhi

“Spend money to make money” is an axiom in business. Professional wrestlers spend money on things like ring gear, transportation and training. Of course, it’s also common to invest in the design and production of merchandise: T Shirts and 8×10 photos, the bread and butter of merch for decades.

Today such items can merely be the tip of the iceberg, as it is not uncommon to see wrestlers selling their own pins, stickers, caps and more.

Then there’s Sinn Bodhi, a 20-year-veteran who knows unique.

For the self-described “artsy fartsy kid” from the small town of Orangeville, Ontario, pro wrestling in the 1980s brought his love of comic book superheroes to life. Although he sometimes uses “Star Wars” as an analogy when he coaches pro wrestling, he is pretty easy to get going in conversation, passion flowing: “Those Star Wars figures were so rigid, like tiny little cardboard cut-outs. But those big rubber WWF LJNs… You couldn’t pose them but they had these dynamic poses.”

He recounts how he and childhood friends Adam (“Edge” Copeland) and Jay (“Christian” Reso) would often fight sleep by playing with LJN wrestlers as they waited for Saturday Night’s Main Event to come on at 11:30 p.m.

“We would book cards and push guys. Without knowing what those terms meant,” Sinn recalled. The rubber WWF LJN figures were notorious for having the paint wear off them quite easily. “Adam was a big Hulk Hogan mark and he didn’t want his Hogan to get scuffed up. So whenever he left the room Jay and I would bash his Hulk around as much as we could.”

The aspiring comic book creator honed his skills by creating backdrops of fans in their action figure arena and he “learned to draw by tracing the posters that came with the WWF LJN figures.”

One of the lessons from these Superstar-studded playdates would become immortalized on a Prowrestlingtees.com T-Shirt. “I remember one SNME, Ricky Steamboat was coming out and I thought he was pretty cool but Jay and Adam were over the moon. Then, here comes Jake ‘The Snake’ and hits him with a DDT on the cement outside the ring. Jay and Adam are now in tears and I’m looking at them, I’m looking at the TV. I’m looking at them, back at the TV… and I think I want to be that guy standing tall and making these kids cry, not the guy who got DDT’d.”

Now, back to the T Shirt — “Some guys who weren’t our favourites on TV got pushed because their figures had a good pose to do lots of moves with.” 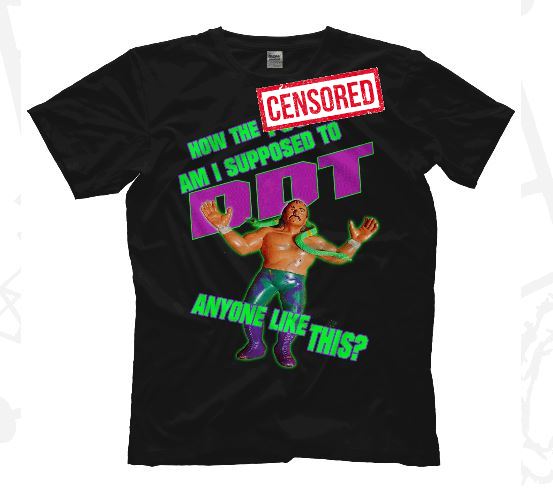 Today Sinn operates Freakshow Wrestling and the Future Stars of Wrestling Snake Pit along with his longtime mentor Jake “The Snake” Roberts in Las Vegas, Nevada. He has also has been a guest coach at the WWE Performance Center in Orlando, Florida.

When it comes to Sinn’s most successful merch item, there is much to consider.

“By pure numbers it’s the comic book (Fred the Possessed Flower). It was picked up by Diamond Distributing. So it was put out to every comic shop and they all ordered however many they wanted.” The comic sales paid for his first few years of touring the USA to gain experience in pro wrestling after leaving Canada.

Just don’t look for merchandise related to his short run in WWE as Kizarny.

As far as items directly tied to Sinn Bodhi, the wrestler, his current pig head masks top the list for sales. Sinn has roots in circus sideshows and reinvents his look often, which has given him a gamut of merch over the years. He has even sold WWF LJN figures that he customized himself by swapping parts between figures, repainting them and even sculpting new parts and accessories. 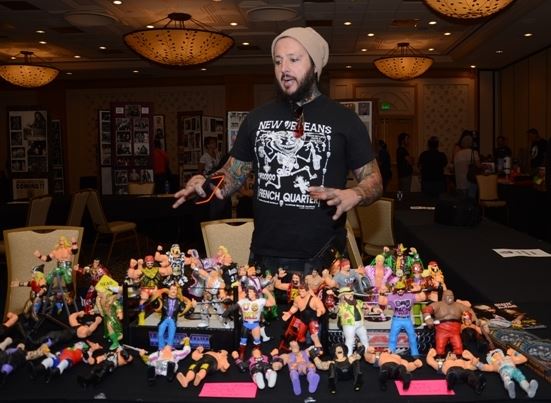 Sinn Bodhi at his merch table at the 2014 Cauliflower Alley Club reunion in Las Vegas. Photo by Brad McFarlin

But one night in particular at the merch table stands above all without question as the number one for sales, and it featured a rubber duck as the star.

“The pig heads are designed and made by a buddy of mine who does special effects out of California. But when I used to come out with Squeaky the Rubber Duck as my manager, I would just buy rubber ducks at the dollar store.” On one event in particular Sinn was teamed with his then tag team partner Elvis Elliott against the Steiner Brothers in the Steiners’ own high school gym. Before the match all the Steiners had to say was, “See you in the ring.”

“As I entered, I chewed my duck and I could see Rick eyeing it.” Rick proclaimed, “I want that duck” and it was on.

“We tussled over the duck like in Tom and Jerry. Rick finally took the duck and threw it to the audience. The duck flies back to the ring. The Steiners kept throwing it out and the fans kept throwing it back. It happened 10 to 15 times. The whole match revolved around the stupid rubber duck. Scott finally blew his comeback 90 per cent on the duck. I sold a ton of ducks and the other wrestlers would get mad about the ducks squeaking throughout their matches.”

Today, Sinn still collects wrestling figures. He is re-assembling his WWF LJN collection which he finally completed earlier this year, but sold off in March to be “as liquid as possible” during the COVID-19 pandemic shut down. But this sacrifice brought him closer to some of his fans who sympathized and sent him their old figures to bolster his collection.

With more time at home he is once again customizing WWF LJN figures. “My step-daughter will see me carrying a few buckets full of figures and yell to the other room: ‘Mom he’s washing his figures again…’”

He sells them online and is active in Facebook wrestling figure groups. He jokes with the members that “If you buy an LJN from me it’s like George buying Jon Voight’s car in Seinfeld.” 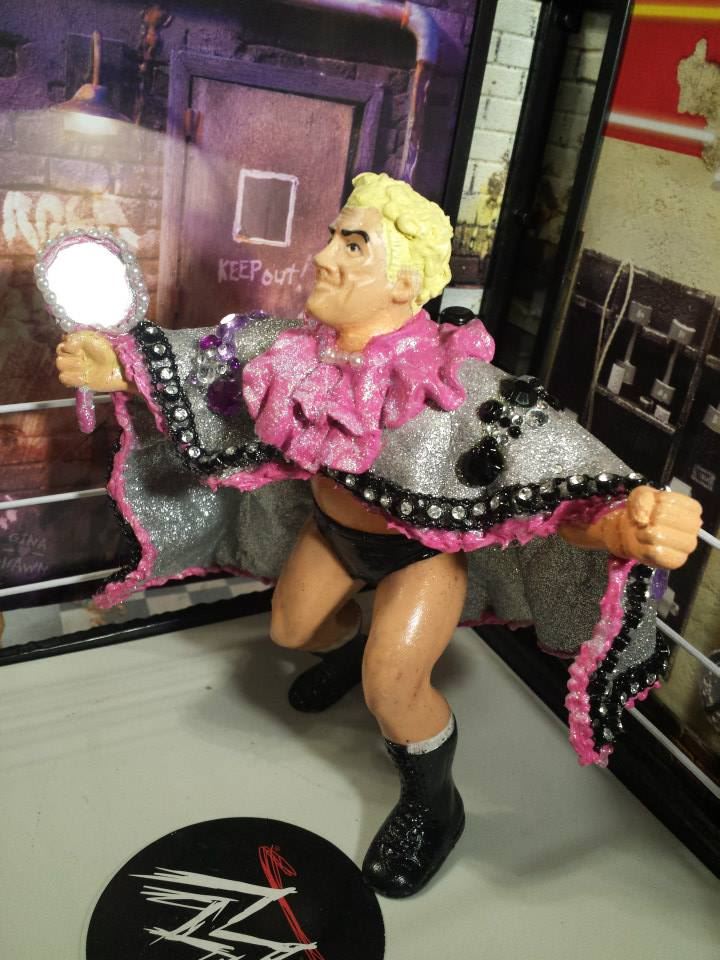