RIP Shaunymo – a tribute to a fallen brother 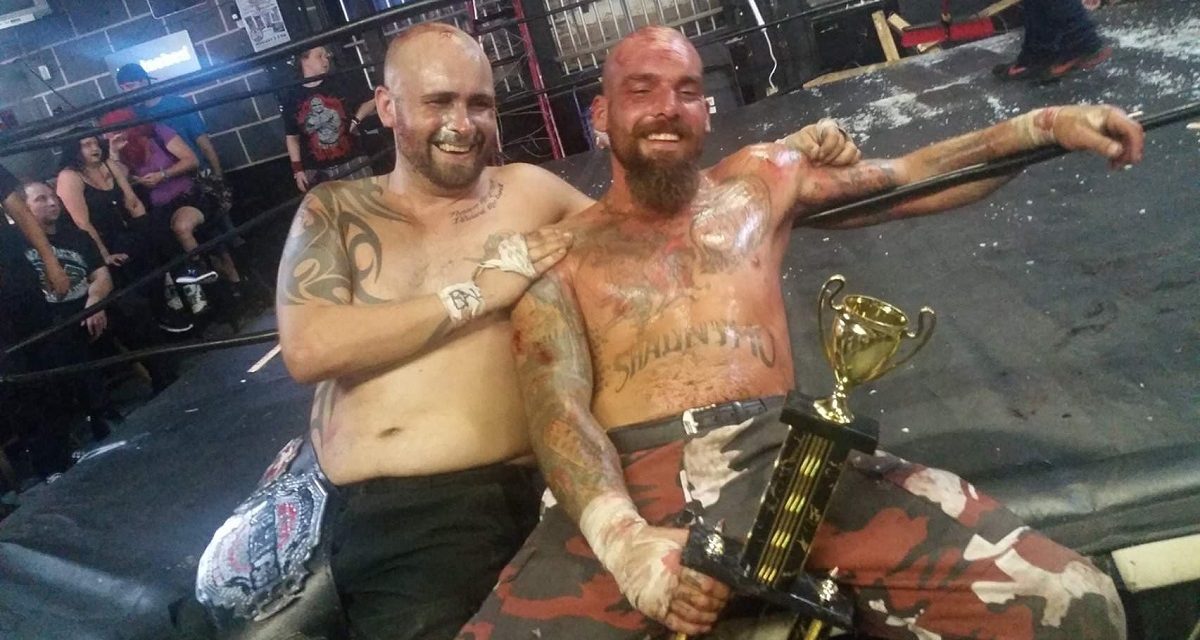 On June 23, Shaun “Shaunymo” Morris, a deathmatch wrestler from St. Catharines, Ontario, passed away at the age of 35 after a three-year battle with brain cancer.

Chad “Warhed” Gowing – owner and promoter of Deathproof Fight Club — where Shaunymo held the Deathproof Championship — shared his memories about his fallen friend.

With this week’s passing of Shaun Morris – who wrestling fans knew as “The Horror Show” Shaunymo – I feel like a piece of me is missing. A piece that I’ll never get back.

I met Shaun in 2012 or 2013 at a Busted Knuckles Pro Wrestling show at a fair.  I remember he looked like this garbage backyard wrestler, and he looked reckless in the ring. I was giving him s—, telling him that if he wanted to be taken seriously, he had to get boots – he was wrestling in Air Walks.

Later on, they booked me to work with him again, and I thought, “I’m going to teach this f——’ untrained guy a lesson.” So I covered my kickpads with thumbtacks. I kicked him, I put him in head scissors, and I punched him legit in the face.

And that’s when we became friends.

I loved that he wanted to do that kind of crazy s—, that he was this real crazy bastard. So I took him under my wing, and started booking him in Deathproof. He was trained, but you can only learn so much in training. At some point, you have to learn from being in the ring with veterans. So I started putting him in matches that other companies wouldn’t. I put him in there with veterans like Notorious TID, guys like Viking and the Green Phantom.  He would learn from them – he’d talk with them after the match and find out what he did right, what he did wrong, what he could have done better. And he got better. He constantly kept learning and bettering himself.

Some of us got together the other day, and were telling stories, and they told me that he always wanted to out-do me. I did some crazy things – I’ve done matches with a weed whacker, and with fire – but he wanted to do something even crazier, and I just learned about it. He was telling an opponent an idea he had. You know the sit-down punches spot, where the two opponents sit down on chairs in the middle or the ring and exchange legit punches? Shaun’s idea was for them to each pull out a knife, and Shaun was, like, “I’ll just stab you in the leg, and you no-sell it. Then you stab me in the leg, and I’ll no-sell it. Don’t worry, bro, I know where to stab so you won’t bleed out. And if it hurts too much, we can take it home right there.” That was the most f—— up thing I’d ever heard. 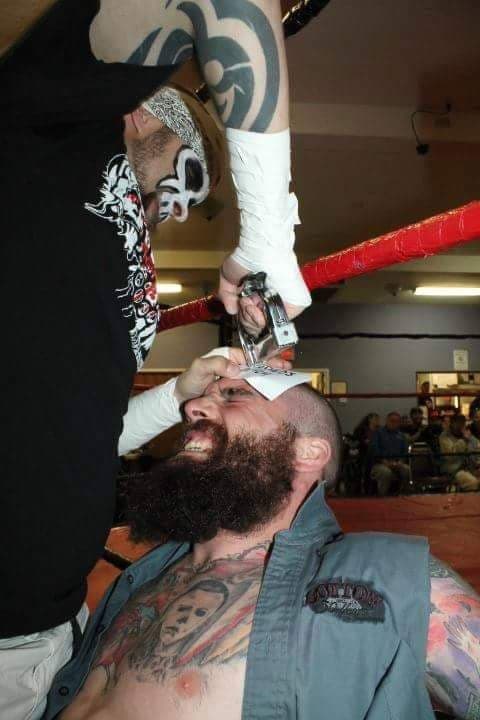 These past few years, I was grooming him to be my protégé, to be the next “King of Pain.”  It’s no secret that I’ve been on my way out the door from wrestling for about five years. I wanted him to take over and keep going.

When he got sick – he was diagnosed with brain cancer about three years ago, and that’s what he ultimately passed from – we held a fundraiser show for his daughter.  There were so many people who loved him, we raised over $6,500. I don’t know if he knew before that just how much people appreciated him.

And I think that’s because people could tell how good of a person he was. He looked like an escaped convict with a hardened exterior – hell, if I didn’t know him, and I’d seen him in the street, I wouldn’t have gone up to talk to him, as he looked like he was going to rob me.

But inside, he was the f—— nicest, most kind-hearted guy. When he talked with you, he genuinely cared, he wanted to really hear how you’ve been. He was just so nice, so kind.

We all put on a mask in wrestling. But him? His was the most deceiving mask.

We did this match where we used a bat covered in toothpicks, and one of them got stuck in my arm. Shaun got so upset that he’d hurt me that he wanted to quit wrestling. I had to tell him, “You didn’t hurt me. It was my own stupid idea.” But that’s who he was – he was very protective of folks who he loved. So big-hearted.

Originally, the fundraiser show was supposed to be the last Deathproof event. But there was this group that was going around telling people that Deathproof was dead, so I decided to run another show. And that’s the night I gave Shaun the Deathproof championship.

That’s the one thing that Shaun wanted was to be the champ, he’d said that would be his dream come true. Who am I to deny that to a guy? If I can make him the happiest guy in the world? That’s what families do.

I want to ask his family if it would be okay if Shaunymo got buried with the Deathproof championship belt. That’s the one thing that he wanted when he was wrestling. He told me, “I want that championship.”

When he won, he cried in the ring, and he cried backstage.

I had never seen him cry ever. 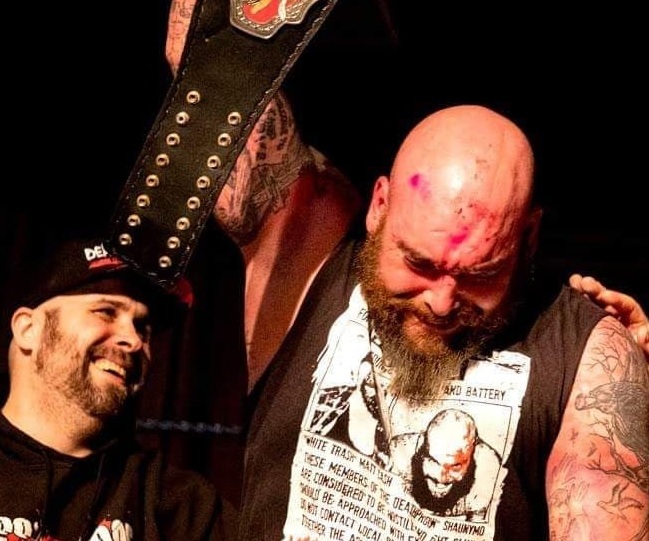 Even when he got sick, and he was fighting it really hard. It took a toll on him. He’d fight it, then get good and go back to work, and then it would hit him again. I’d get a text maybe, something like, “The chemo’s really kicking my ass today.” But he never would really talk about it that much.

I didn’t see him as much as I would have liked to. Looking back, I wish I would have gone down to see him more. But I guess you always feel that way when someone passes.

I spoke with him last in March, just checking in to see how things were going. He was in good spirits, we talked for about an hour. I was supposed to go down to visit him a few weeks ago, because his brother let me know that he wanted to see me. The day I was supposed to go, his brother texted me and told me that Shaun wasn’t feeling well that day, and we needed to postpone. He probably didn’t want me to remember him looking ill. I think he’d want me to remember him for the crazy kind of guy he was.

Shaun’s probably looking down on me and calling me a wimp for crying over him. In fact, I’m sure he wouldn’t even want me to do this kind of thing at all – he never wanted the spotlight.

But screw that. He was my brother – in fact, he was closer to me than my actual brother. I want people to know how much he was loved, how much he’ll be remembered.

Shaun may be gone, but the memory of Shaunymo is death-proof.