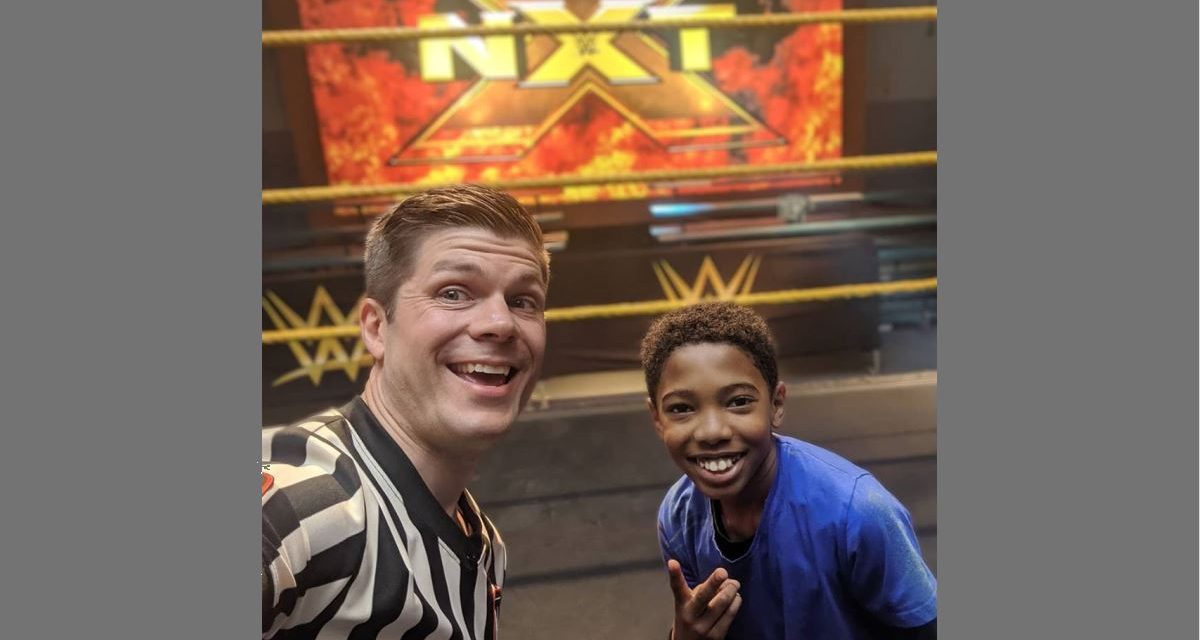 Knowing a number of professional wrestlers, it’s not uncommon for me to see photos of them on-set or backstage at a wrestling event. But when I saw that Greg Delmage, a long-time friend of mine who is most certainly NOT a wrestler, had posted a picture of himself in front of the NXT logo, I reached out to find out what it was all about. Turns out, he was one of the cast of the recent WWE-produced movie, The Main Event.

Delmage, a 36-year old actor based out of Vancouver, played the referee in the film, which debuted on Netflix in April (our review of the film is here). 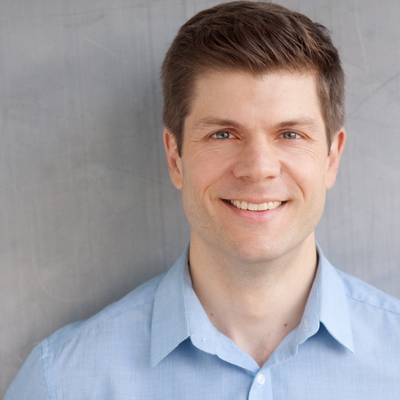 “My role wasn’t large in terms of speaking time,” he reflected, “but (as) the referee (for) the majority of the WWE matches in the film, I actually got a surprising amount of facetime. For the better part of it, I count from 1 to 3, except I have one brief exchange in the semi-final match, which was cool. I’d say that was my most pivotal moment,” he laughed.

In that way, the role is not unlike many others that Delmage has had since making acting his career in 2012. “I’ve had roles on NBC’s Timeless, SyFy’s The Magicians, Lifetime-Hulu’s UnREAL, a few movies of the week, and even one EA Sports game.”

“My agent Les Blackmore brought me the audition for The Main Event,” he explained. “The process for this was actually really neat, since I was originally asked to come in for the role of a ‘Dad’ at the garage sale in the early moments of the film. However, the morning of the audition, Les told me that the casting director also wanted me to read for the ‘Referee’ role and I’m like, ‘Cool! More options! I’m in!’ So, I (read for) both scenes, and the referee part actually resonated better with me. I’m glad that’s the role I booked – the ‘Dad’ role was actually cut from the film.”

Before his audition, Delmage had done some research on how to referee on YouTube (“I had only watched a bit of wrestling when I was younger, when WCW and WWF were things, but I fell out of it”), and that helped him land the part. But when the time came to shoot the actual movie, he was given some more formal training, including by Ace Steel, who was working with WWE as a coach at the time (he was one of the people cut by the company in April).

“He gave me pointers on how a professional ref works,” Delmage said, “The timing of the count, where I should be, and what to look for. Also, Lauro Chartrand-DelValle and Paul Lazenby were also excellent mentors from the stunts side of things, ensuring I was able to safely be in the ring and working around the various fights they had coordinated.”

Safety, of course, was paramount given the size of Delmage’s co-stars. Even though he’s not tiny, standing at five feet and eleven inches, he was dwarfed by some of his larger castmates like Keith Lee, Babatunde Aiyegbusi, and Otis “Dozer” Dozovic. 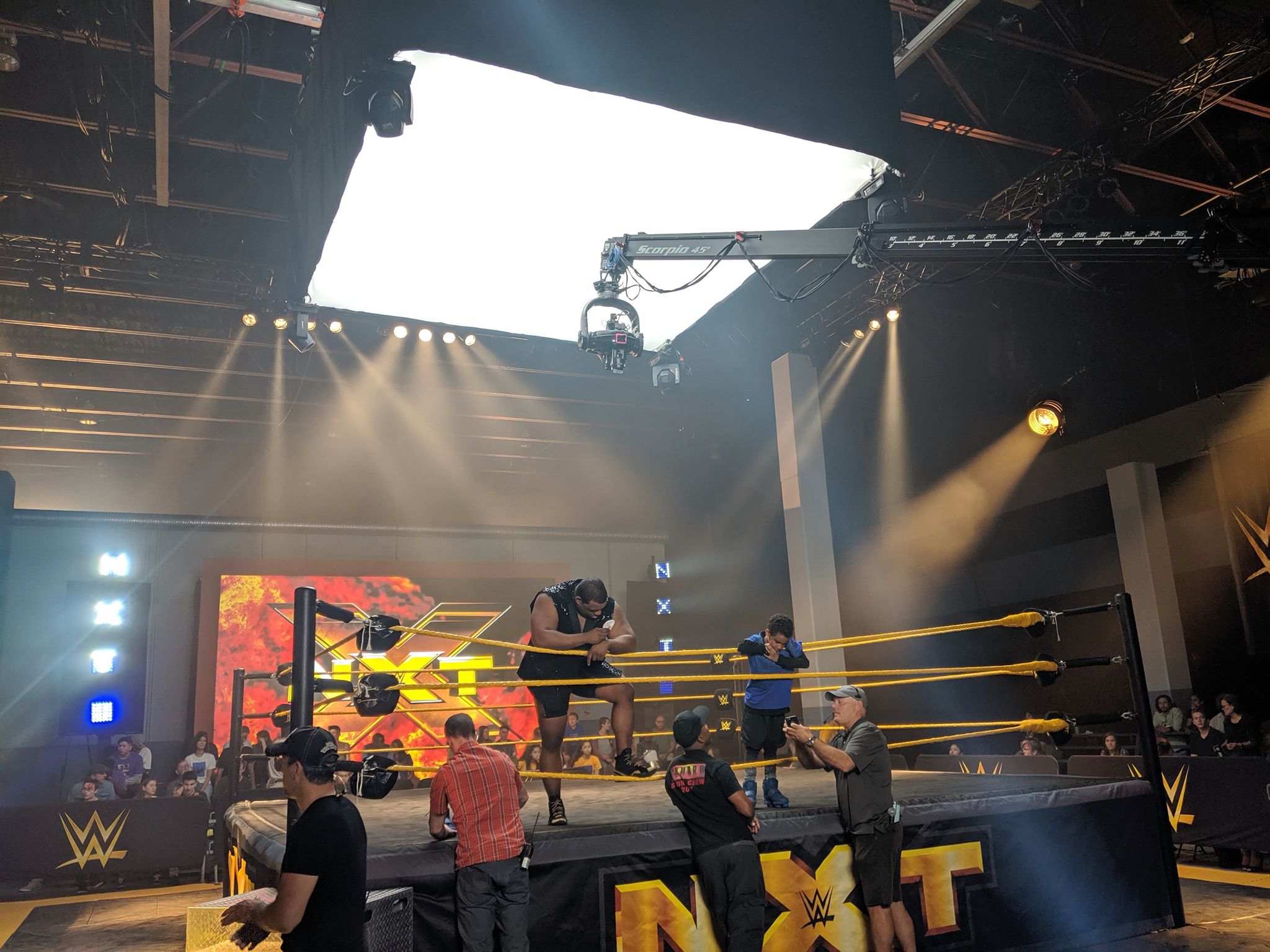 About his castmates, Delmage has nothing but praise, noting that all of them – along with Mia Yim and Rik Bugez, who also were in the film – were very friendly and professional, even when the physical demands of the shoot got to be less than ideal.

“The warehouse in South Vancouver, where the tournament ring was built, was HOT,” he recalled. “Seth (Carr, the child actor who played the lead character, Leo) had a lot of physical stuff in there. He, and his stunt double, Xander, were real troopers. Also, a shout-out to the background audience who had to sit in that warm space, cheering and reacting for hours at a time.”

You could tell, at times, that the heat was getting to them or they were worn out from the previous shoot and needed time to themselves. It was interesting to watch them adapt to the filmmaking process. Many started their first day of shooting fully confident in their craft and training. However, after taking more bumps in a day than usual, being hung up by fight wires so Seth could ‘lift’ them and such, or pouring their energy repeatedly into their lines and fights, they realized how draining it all was and had a change in their tunes.”

“Still,” he credited, “they were a hoot. They all have such big personalities and hearts and are true professionals. Keith Lee, in particular, he’s a great ambassador for WWE and NXT. And Ace Steel, he was a huge help to me, and really helped me feel confident in my work. In fact, at one point,” he noted proudly, “a few of the local and WWE wrestlers asked if I was a professional referee up from Orlando.” 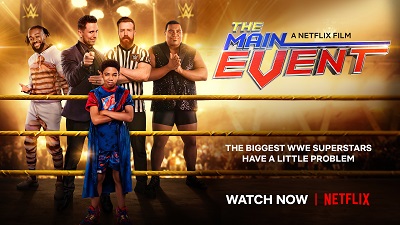 The Main Event is a Netflix-exclusive film.

And he was just as proud of his performance when he watched it at home with his wife Annette Reilly (The Chilling Adventures of Sabrina) and his stepdaughter Gwen shortly after it had been released. 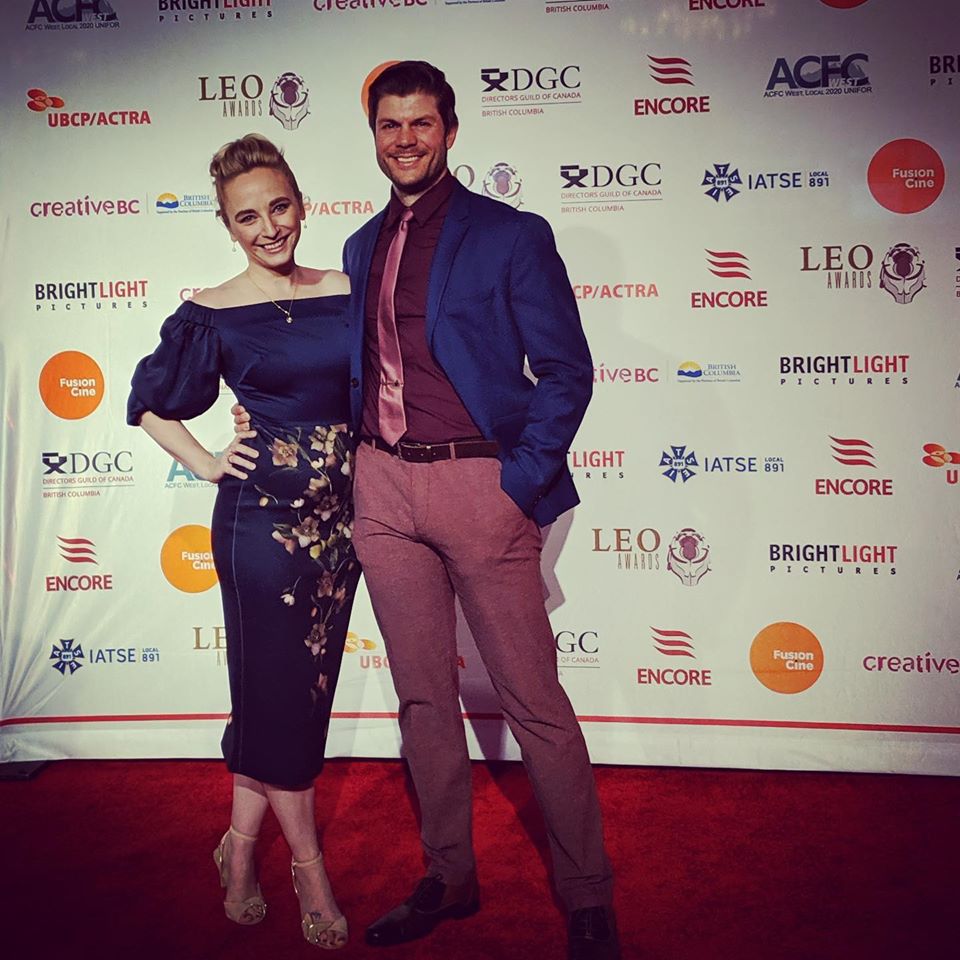 Annette & Greg look at home on the red carpet

“When we sat down to watch it, I didn’t remind Gwen that I was in it. It had come up during the summer when I filmed it, but as kids do, they forget. During the wrestling scenes, there was finally a good, clear close-up on me, and her mind was blown when she realized she was seeing me on a Netflix film. We liked the film, I think it turned out well. It’s a straight-forward story, but the comedy and heart in it make for a great family movie night.”

Though the film industry has slowed considerably during the COVID-19 pandemic, Delmage is still trying to keep busy.

“Annette and I produced a 48-hour quarantine film project called The Mellifield Touch that we both acted in, in collaboration with some producing, writing, and editing associates through teleconferences.”

“I’m also doing the odd play-read or scenework with colleagues to stay fresh, and now and again the odd commercial offer comes through that can be done from home. Outside of acting, I’m busy homeschooling Gwen, keeping the house together, getting our garden ready, and continuing my volunteer work. I also host a podcast called Random Encounter for RPGFan.com which is geared for people into the RPG genre of video games.”

Of course, acting is his primary interest, and Delmage welcomes the day he can get back on-set again.

“Any time I get to spend on set – long or short – it’s invigorating, and it just cements that I love working in the film industry and the practice of acting. No matter how small it seemed on paper, the role in The Main Event was just such a delight. Really, just rewarding in every way.”