Bret “Hitman” Hart is about to do some supernatural snooping as a detective in Tales from the Dead Zone.

The wrestling legend along with Corey Feldman (Stand By Me, The Goonies), Gabriel Jarret (Real Genius) and Dakota House (Blackstone, Heartland, North of 60, The X-Files) will star in the film. 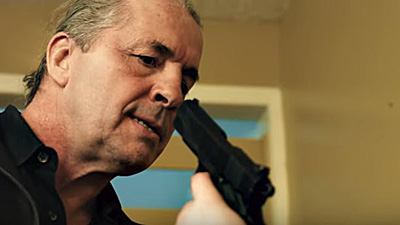 Bret Hart in Tales from the Dead Zone.

An anthology film, Tales from the Dead Zone centres around a medical examiner conducting autopsies on victims of a horrible car crash, who imagines how they may have lived their lives.

Tales from the Dead Zone is set to be released in 2020.

Hart is no stranger to acting roles. He has starred in such television shows as The Detour, Jacob Two-Two, The Immortal, Lonesome Dove, The Adventures of Sinbad and as himself in The Simpsons.