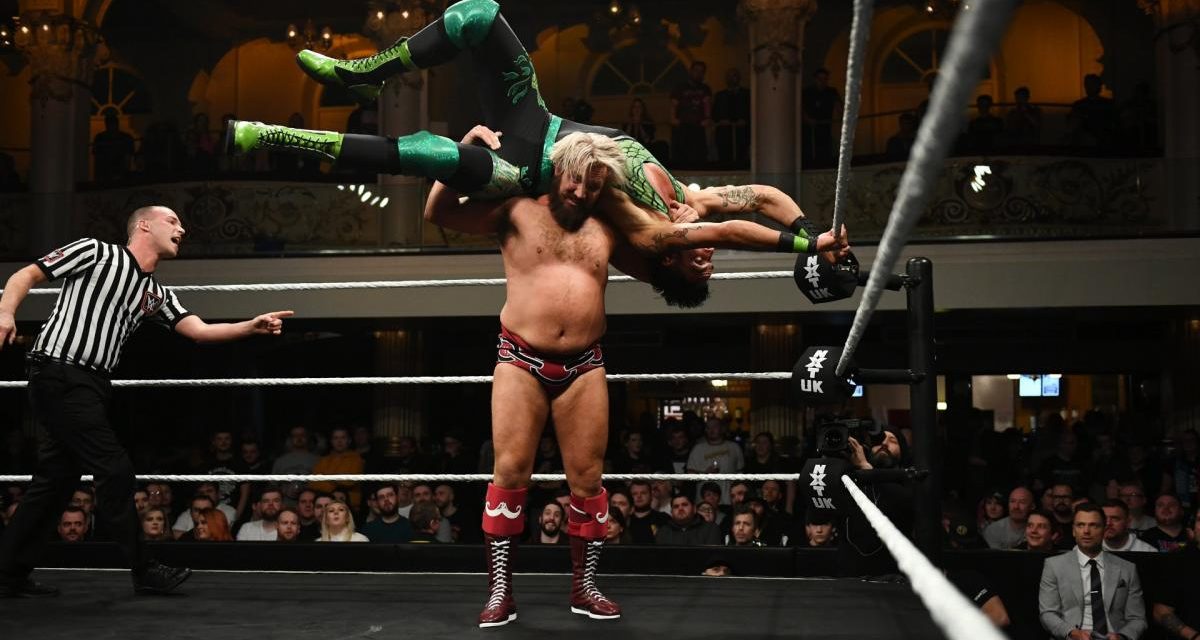 A different story is emerging about a controversial night of partying between NXT UK’s Trent Seven and a group of women during WrestleMania in 2017.

A woman named Megan claimed she stepped in to halt Seven from manipulating a group of girls who she thought were underage. She also admitted to sleeping with Seven later that night.

@SALEMWHANG Tweeted today: “Me and the three friends who were mostly around Trent were NOT underage. Legally drinking wise, yes. But we were not under 18. I was 20, one was 19 & the other was 23. There was another friend who was around but wasn’t with us consistently (she was mostly involved w/ the shows that were going on and was just checking up on us) & she was 17, about to turn 18.”

@SALEMWHANG also detailed how Trent refused to buy alcohol or allow anyone under age to even sip from his glass. He was also concerned about how old people in the group were at the time and kept inquiring about that as the night went on.

@SALEMWHANG also states that their group of friends were not “negatively impacted by the situation” which “hasn’t carried a sense of pain, trauma or sadness” for them since.

In response to the claims, Trent Seven stated: “The assumptions in the claim against me are untrue and a defamation of character. I will be taking this matter further”.