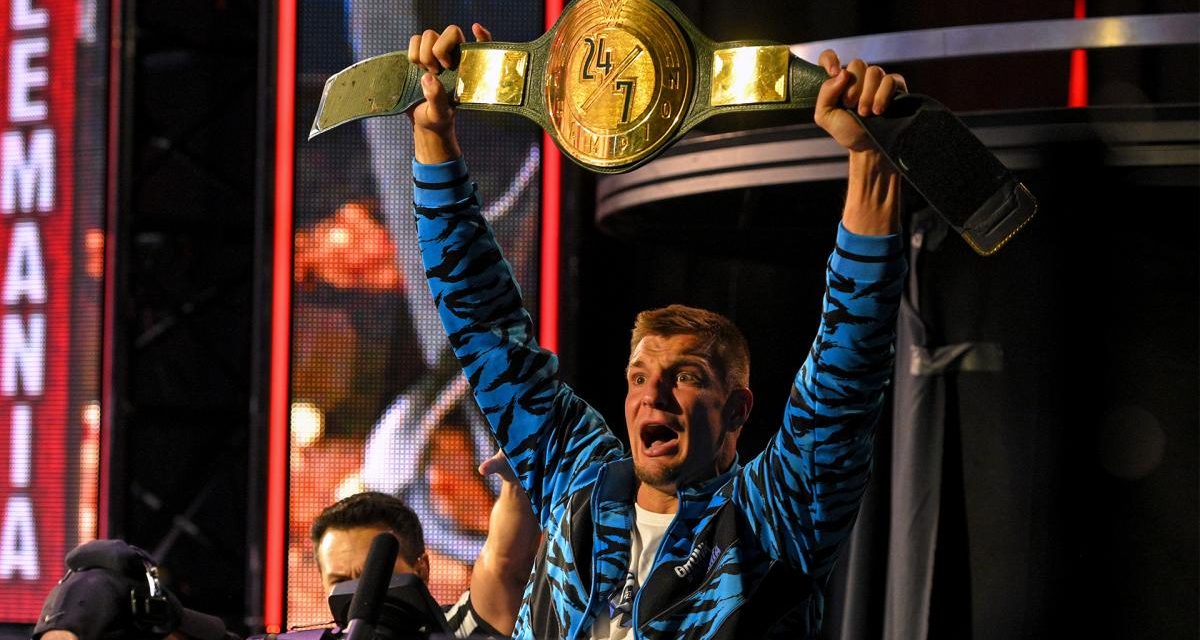 Gronk, we barely knew you.

According to various reports Rob Gronkowski is no longer part of the WWE.

Losing the 24/7 title back to R-Truth brought an end to his contract obligations to the WWE.

Gronkowski first appeared in an angle during the André the Giant Memorial Battle Royal at WrestleMania 33 where he helped his pal Mojo Rawley win the match.

He was brought back at host WrestleMania 36 with Rawley in tow. He pinned Rawley for the 24/7 title on night two of the event.

Gronkowski held the title for 57 days, the longest reign of any 24/7 champion.