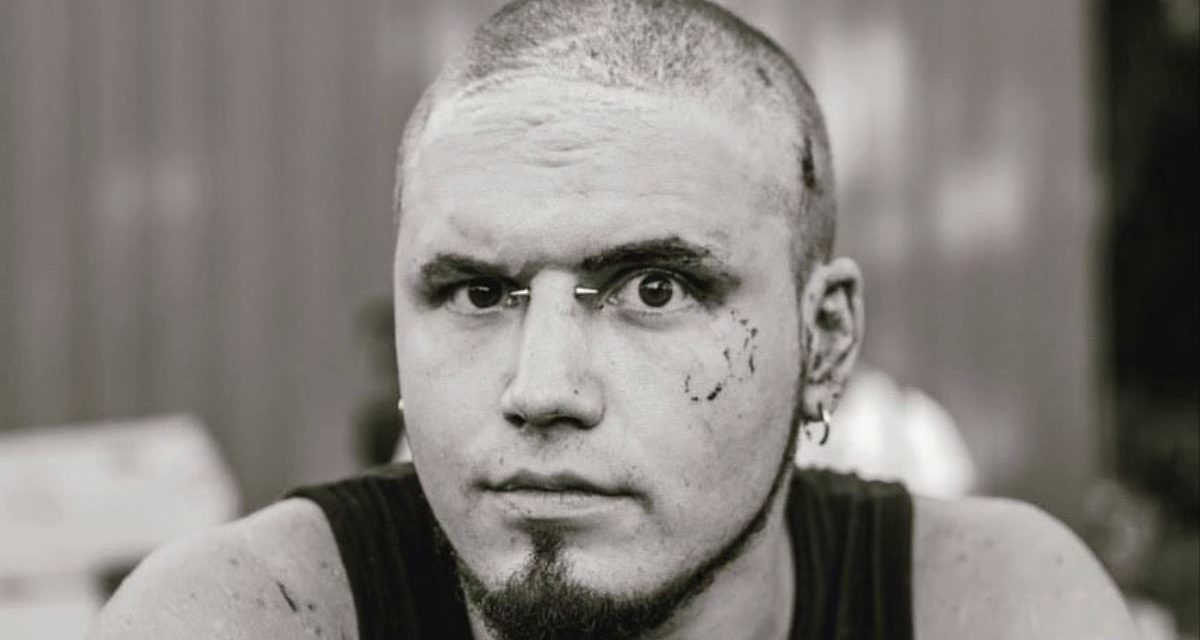 If this obituary had been written by Danny Havoc, and not about him, it would undoubtedly be much more eloquent. Because Havoc (real name Grant Berkland), who passed away on May 31 at 34 years of age, was by all accounts keenly intelligent, highly imaginative, and far more articulate than one may expect from someone who was best known as a Death Match wrestler.

In the Vice documentary series The Wrestlers, Havoc reflected on his falling in love with the Death Match style.

“I remember the exact moment that I felt like I knew this was what I was going to do. I was sitting on my couch… watching a CZW show. Jun Kasai was over from Japan, and some really shocking and horrific things. I said, ‘This is not in Japan, this is not across the world. This is happening in my country, 20-some hours away. I could conceivably graduate and go do this if that’s what I want. And from that moment on, I pursued that goal single-mindedly.”

He moved to New Jersey in 2004 to began his training in his teens, and had his first match in a battle royal at the fourth Tournament of Death show in 2005.

“The first match I had, the ring was just littered with pieces of broken glass,” he described. “The level of blood loss, and the amount of cuts was a bit of a shock. I remember my ex saying that she could smell… the blood before I unlocked the door and came into our apartment.” 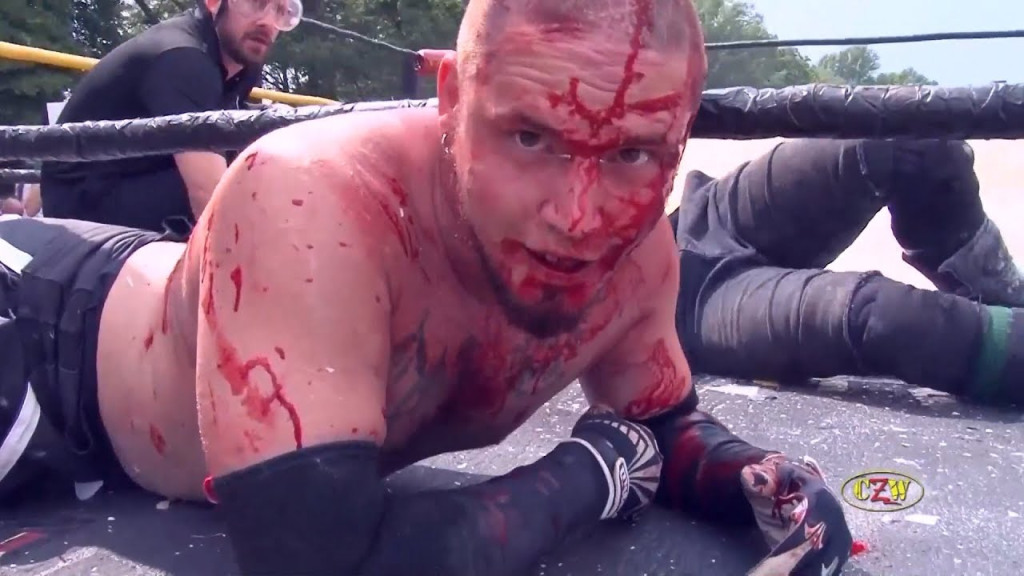 That auspicious debut led to huge success in CZW, where he would eventually go on to have a memorable feud with company owner JD Hyde, win two Tournament of Death tournaments, and have five championship reigns in both the singles and tag team divisions. He even got to wrestle against his inspiration, Kusai, when the two squared off in the semi-finals of the 2014 Tournament of Death, a bloody affair that saw the combatants employ weapons like a wooden cross covered in razor blades, and several bundles of fluorescent light tubes.

Before his retirement in 2017, Havoc also found glory overseas where he competed in Big Japan Wrestling, another company specializing in Death Matches. Over the years, he became a well-respected star in the genre, and upon his death, several fellow wrestlers took to social media to pay tribute.

Impact Wrestling star Sami Callihan credited Havoc for helping make him an established name after their Cage of Death match in 2009.

“(That) match MADE me when I was younger,” he tweeted (@TheSamiCallihan). “It got me booked all over the world. I was terrified, and I wouldn’t have gotten through it without Grant. He was such a special, smart, and sweet person. I wouldn’t be who I am today without Danny Havoc. Absolute genius who never got the credit he deserved.” 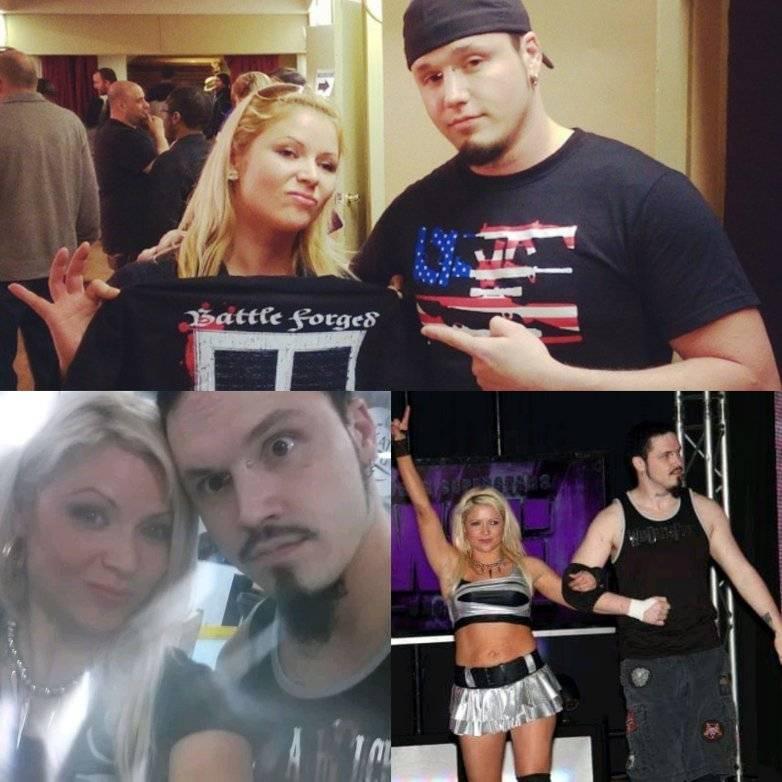 Ontario-based star Jewells Malone echoed those sentiments. “The world lost a great person. I was very honoured to have met and worked with and been friends with Danny Havoc,” she posted on Facebook. “He brought so much to the Death Match and wrestling scene and will never be forgotten.” 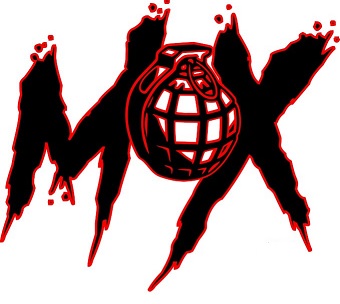 In addition to his in-ring talents, Havoc was also a creative artist, who would design posters and cartoons of his fellow wrestlers. AEW star Jon Moxley, who prior to his stints in WWE (as Dean Ambrose) and AEW was a famed Death Match wrestler, noted that Danny Havoc designed his first AEW t-shirt “grenade” logo, which he posted on Twitter.

His creative spirit also extended to e-mail communications, and he was remembered by friends as preferring lengthy e-mails (described as being “thesis length”) that revealed his wit and intelligence. His “masterful linguistics” prompted Death Match star SHLAK to refer to Berkland as “Dr. Grant.”

“His texting… read more like a doctor’s dissertation full of word play, rather than (the writings) of a Death Match wrestler,” SHLAK shared with Slam Wrestling. “Grant was a man of above average intelligence, an overly-dry sense of humor and wit, which was superseded only by his covertly vain yet humble and loving personality. I unfortunately don’t think he realized how special he was, and how beloved he was a person to people fortunate enough to pass him in life.”

In 2016, Havoc helped launch the H2O promotion owned by friend and fellow Death Match wrestler “Bulldozer” Matt Tremont, becoming one of the inaugural tag team champions. Behind the curtain, Havoc was also credited with coming up with an initial design for the logo, and helping Tremont book some of the company’s biggest shows.

“Without Danny Havoc and his contributions in and out of the ring there would be no H20,” the company posted on its Facebook page. “His spirit will live on forever here at H20 and all over professional wrestling. We will continue to inspire and innovate and push the genre forward for him.”

Havoc came out of retirement in 2019 to compete again for H2O, and then joined a tour of Japan in 2020 for GameChanger Wrestling. He wrestled most recently in February at a GCW event, losing a Death Match to SHLAK. 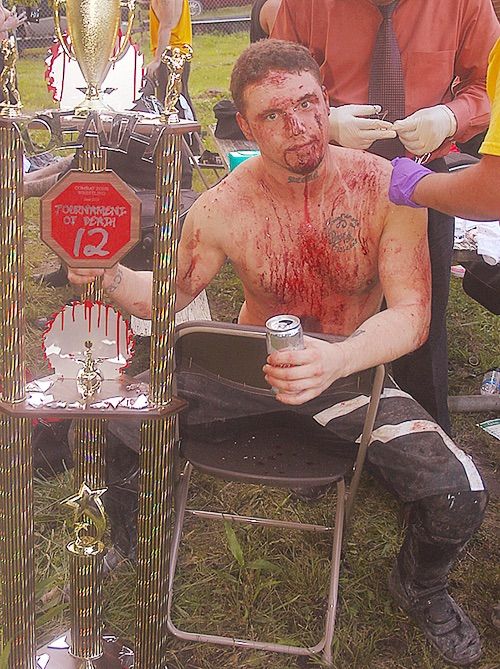 Tragedy struck Berkland in April when his wife Brianne passed away after her heart inexplicably failed. At the time, he wrote a loving tribute to Brianne, who he had been with for ten years, and married to for two.

“She was the best thing that ever happened to me, and loving her was the best thing I’ve ever done or ever will do,” he wrote. “No combination of words could possibly being to hint and the scope of this loss, nor at the sorrow it has caused me and all of those who loved her so dearly. My beloved wife, Brianne… the most perfect person I’ve ever known, and the love of my life.”

Her loss was particularly devastating, and according to GCW owner Brett Lauderdale, “Grant grieved her loss every day since. He was overwhelmed with sorrow, and despite the best efforts of his friends and family, he was inconsolable.”

At this time, the cause of his death are unknown, and funeral arrangements have not yet been publicly announced.

While Havoc may never have been a household name, and known primarily to the niche audience of Death Match wrestling, his mark on the industry by his peers and his fans are unquestionable. 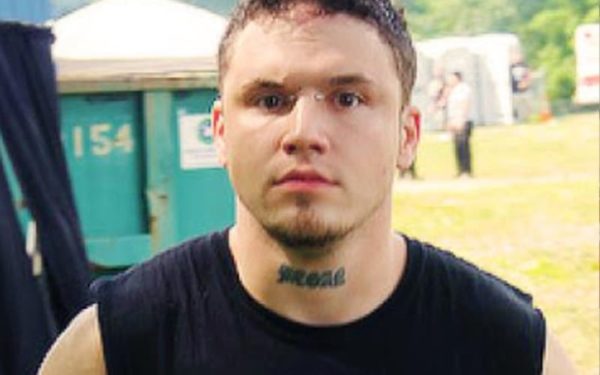 SHLAK used Havoc’s own words, which he had written to SHLAK in one of their lengthy 3 a.m. texting sessions, to sum up Havoc:

“You may be completely out of your f’n mind, but you are intelligent and thoughtful. I could use you to talk me through this right now.”