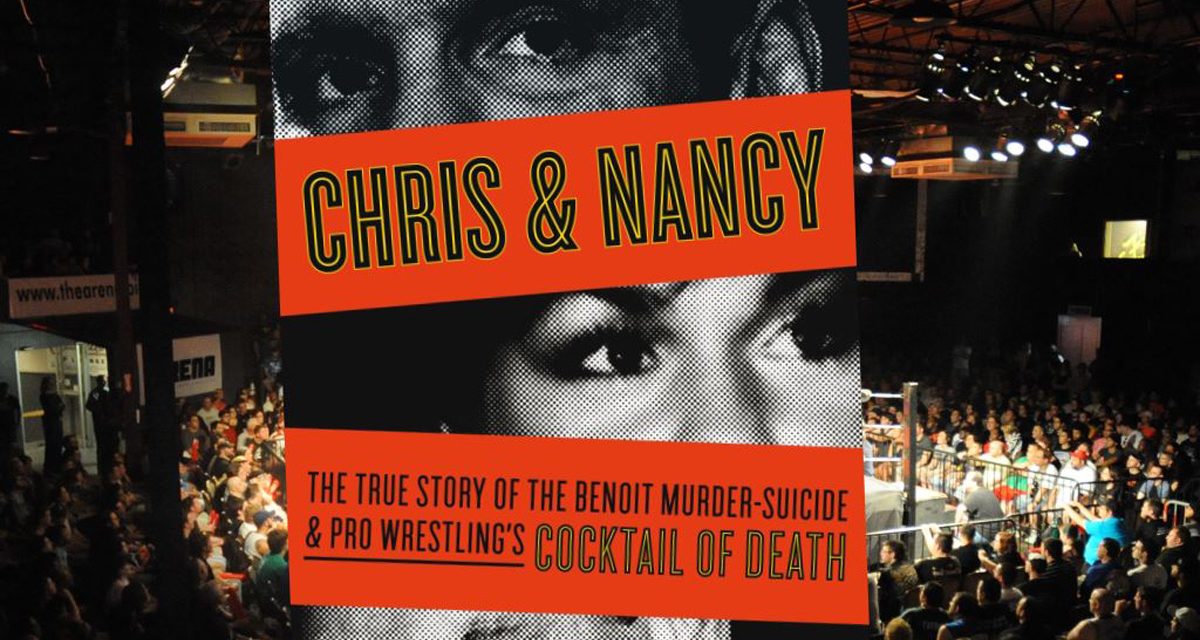 As a wrestling fan and journalist, of course I knew who Chris Benoit was and the many accomplishments he managed to achieve throughout his career, and I knew of his horrible murder-suicide. I never got the chance to see him live, as I was far too young. Now that I have read CHRIS & NANCY: The True Story of the Benoit Murder-Suicide & Pro Wrestling’s Cocktail of Death, I know too much about him.

It’s one thing to watch the two-part episode of Chris Beniot in VICE’s Dark Side of The Ring, where the viewer gets to visually see how certain events played out and the reaction of those who were close to the family once they heard the news of the 2007 murder-suicide. Reading through chapter by chapter of the third “ultimate historical edition” is a completely different experience.

For me, it was the facts that were shocking, when you get down to the nitty-gritty.

Author Irvin Muchnick includes important elements of the story, such as the two timelines that the WWE had released, a look at the Benoit family’s final days and calls out their discrepancies. He also combed through the tribute show on the Monday Night Raw after the tragedy. Muchnick notices how some wrestlers, notably William Regal and Chavo Guerrero, had very odd demeanors when they were delivering their messages about Benoit, as many of them that night had done. That must have taken hours to sit through and re-watch to catch those minute details that, but in the end, proved to be an important part of the story.

I found it particularly interesting how Muchnick included things that some wrestling fans would not have thought of, such as The Wikipedia Hacker. It had a whole chapter to itself. When I was reading the first few paragraphs I was trying to understand how this was an important piece of the puzzle. It’s here where you have to read between the lines. Muchnick demonstrated how authorities treated this case and how important they thought it was… or wasn’t.

Transparency proved to be one of Muchnick’s strengths. I’m not talking about quoting all of his sources — that’s a given; I’m referring to how people responded to him trying to dig up information on the murder-suicide.

He talked about how the Sheriff and the authorities in Fayetteville County, Georgia, were playing games when he was trying to find answers, how WWE lawyer Jerry McDevitt sent him a series of threats, and even how his relationship with Chris’ father, Mike Benoit, turned sour. It should be interesting for anyone reading this — apart from most journalists — to see how he was treated by trying to get to the bottom of this investigation.

CHRIS & NANCY highlighted a bigger problem than just the murder-suicide. It identifies the main issue in sports entertainment: the use and abuse of drugs. The fact that Congress didn’t move forward in holding hearings about the use of steroids in professional wrestling was astonishing to me. How do you have all of these tragedies and not even try and do something about it?

I think anyone taking the time to read this would be left shaking their head in disbelief. Whether or not you think the WWE and other promotions were doing their job of limiting the issue of substance abuse is another story. I’ll leave that one up to you.

Everything one would need to objectively form an opinion on this tragedy is in this book. If you’re someone who is an avid Chris Benoit fan, this one may be an eye opener for you. That’s not to say you shouldn’t read it, you should. The facts tell the true story. Every night as I put down the book and went to sleep, I still couldn’t believe what I was reading.

I wish that I had the opportunity to watch one of the best in the business compete in the squared circle. As I said, I admire his success in the ring, but I still think I now know too much.