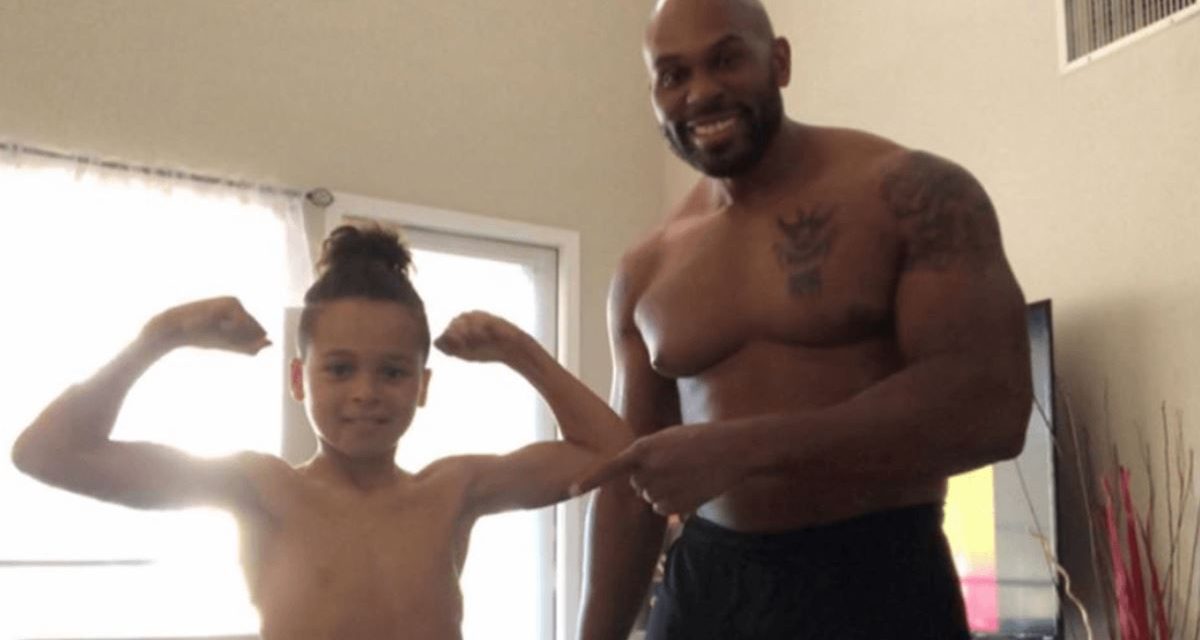 The search for ex-WWE star Shad Gaspard has ended. His body washed ashore this morning at Venice Beach.

Gaspard went missing over the weekend after rip tide hit while Gaspard was swimming with his wife and 10-year-old son.

“We would like to express our gratitude to the first responders who rescued Aryeh and to the lifeguards, coast guard, divers, fire and police departments for their continued efforts to help find our beloved Shad,” she wrote.

She described Shad as “a warrior with a magical soul”.

The WWE Tweeted out an official statement: “WWE is saddened to learn that former WWE Superstar Shad Gaspard has passed away at the age of 39.”

Former WWE superstar Tyrus wrote: “The body of my friend and former WWE star was found. Not the ending we wanted hear. Heartbreaking news. We can now mourn and celebrate his life as the hero, the father, the beast.”

AEW’s Taz Tweeted his thoughts: “Shad died a hero, saving his son’s life. As a parent, there are no words to even explain that. He was a really positive & funny guy every time we spoke, just a good dude. Prayers for his family during this horrible time.”

“The world has lost a wonderful human being. Shad Gaspard was a true HERO in every sense of the word. I’m keeping his family and loved ones in my prayers right now. We love you, Shad,” Tweeted Natalya Neidhart.

Just gave him a #BrotherHug at Staples Center last time we were in town. Being a father, I feel deeply for his family n friends. F–k the heat, love each other. Rest Easy #GoodBrother,” wrote Karl Anderson.

The Rock Tweeted: “My prayers and hope for Shad Gaspard’s wife, son and family during this unthinkable time. Man, this is a tough one. A really tough one. Great guy.”

Mike Bucci wrote: “Everyone of us that knew him and loved him just had a piece of their soul die when reading this. I know I just did.”

Rory McAlister Tweeted: “It looks like I’ll have to concede this one and say goodbye to one of the genuinely nicest big guys you could have ever met.Shad Gaspard was a larger than life man with an awesome larger than life laugh. He drew heat because he would not conform for anyone and he did not give one f–k if you liked him or not. He was just Shad. We formed a friendship in OVW, we worked a ton together in WWE and he was one of the few that kept in contact with me afterwards and would come see me when he was in town. To his wife and son. I have no words that could convey how sorry I am. Just know that I and many others loved him for who he was and our hearts go out to you.”

“So much promise in Shad. Such a great dude. Still stunned at what has happened. Lets share some prayers for this big man,” stated Sean Morley, Val Venis.

Anthony Carelli wrote: “I hope people are noticing the trend when it comes to @Shadbeast. He was LOVED by so many, for a reason. His positivity & heart was immense. His passion for family & fatherhood was immense, now the pain & void he leaves will also be immense. He had a blessed life & went out a hero. Not many get to go out a hero. That thought is comforting. I still don’t want to believe this is real but apparently it really is. It’s not fair. as is life, as is death. See you on the other side brother. I will enjoy all the pics of you being posted, your smile in each one.”

Shad Gaspard began his wrestling career in 2002 after working as a bodyguard for such stars as Britney Spears and Puff Daddy.

After wrestling as “Da Beast” in WWE’s OVW, he moved to the WWE with his partner JTG as the Cryme Tyme tag team.

Gaspard left the WWE in 2010 assembling quite the filmography as an actor and a stuntman working on such films as Birds of Prey and Officer Downe and such television shows as Big Time Rush, The Haunted Hathaways, From Dusk till Dawn: The Series and the television move The Last Sharknado: It’s About Time.

He also did the motion capture work for video games. He was Bane in Batman: The Enemy Within and Kratos in 2018’s God of War.

In 2016, Gaspard made headlines when he stopped a would-be robber at a gas station. Gaspard disarmed the man and when he fled the scene, Gaspard tackled and held him for police. Gaspard did not realize until later that the gun in question was a BB gun.

“I thought it was a real gun the entire time, and honestly, I just didn’t want anyone to get hurt,” Gaspard told Pro Wrestling Sheet at the time. “I just kept thinking about how I wanted to make sure I got home to my son.