Mauro Ranallo done with social media, warns others of the dangers

NXT lead announcer and mental health advocate Mauro Ranallo has confirmed that he has left social media for good calling it “dangerous to those with mental health conditions”.

After lashing out at the wrestling media on Twitter, Graves finally apologized days later.

“It was a blessing in disguise. I have nothing really to say about Corey Graves or anyone else in my professional existence, in the sense that everyone is entitled to their own opinion. Everyone is able to critique everyone if they want. I would never do something like that to a co-worker and that has been addressed. If anything I would publicly thank Corey Graves because he was the straw that broke the proverbial camel’s back in terms of my social media activity. I will say here and now, I have deactivated all of my social media since November,” said Ranallo. 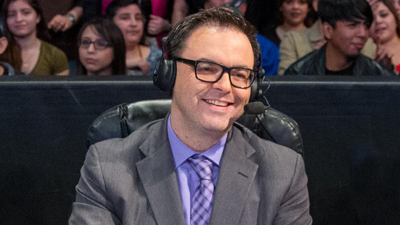 Ranallo admitted 2019 was a difficult year for him.

“The last year has been one of the hardest that I have had to endure because of my mental health and because the increase in my schedule and maybe for the simple fact that I have turned 50,” he said reminding people that for many metal health issues are chronic. There is no cure for their conditions.

Ranallo encouraged others with mental health issues to remove themselves from social media.

“Social media is so dangerous to those of us with mental health conditions and I know in the media and our everyday lives now, people are being hired and fired by their social media following, the information they post or how popular they are. I think it is a disease so out of that situation with my colleague; I am no longer on social media. I will never get back on social media,” he stated.

In 2018, Ranallo released the Bipolar Rock ‘N’ Roller documentary detailing his lifelong battle with mental illness. The documentary is free to watch here.

“Thankfully, we are doing much better than any other time and yet there is so much work to be done,” Ranallo said of the fight to remove the stigma attached to mental health issues.