Cosper’s love of indy wrestling has no bounds 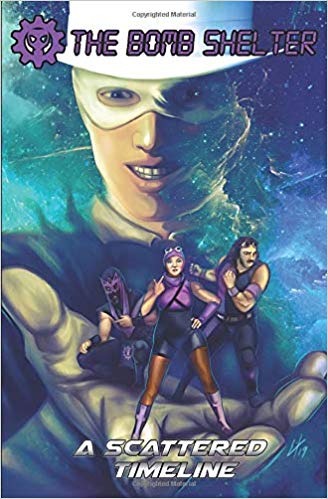 “When the wrestlers have more freedom to be who they are, to explore their own thing, they are having more fun,” remarked the 44-year-old Cosper, who currently resides in Southern Indiana, in a phone interview with SLAM! Wrestling. “I just think that there’s a freedom and there’s a lot more passion in that when they have as much ownership as places like Impact, New Japan, AEW or especially the independents give them. I really draw a lot of inspiration from independent wrestlers personally. The second book that I wrote after (his first book, 2014’s Bluegrass Brawlers: The Story of Professional Wrestling in Louisville) was strictly about independent wrestlers. There’s something about seeing these people. They work a regular job during the week, they work out every day, they train two nights a week, they travel and they may work two or three shows on a weekend and drive 10, 12 hours to hit different shows. And make maybe a couple hundred bucks. They are doing it because of passion. This is what they love. They have to do this and that’s kind of how I feel about writing a lot and I would love to make it full time as a writer one day, just the same as they’d love to make it full time as a wrestler.”

After 25 years of writing “sketch comedy, stage plays, film, television and fiction,” not to mention publishing several books covering pro wrestling history and biographies, Cosper is taking his love of indy wrestling one step further by combining it with science fiction in his young adult series The Bomb Shelter.

The self-published series came to fruition when indy wrestler Joseph Schwartz inquired via Facebook about Cosper writing a fictional book about The Bomb Shelter, an indy wrestling faction consisting of himself, Randi West and Zodiak. Schwartz was familiar with some of Cosper’s 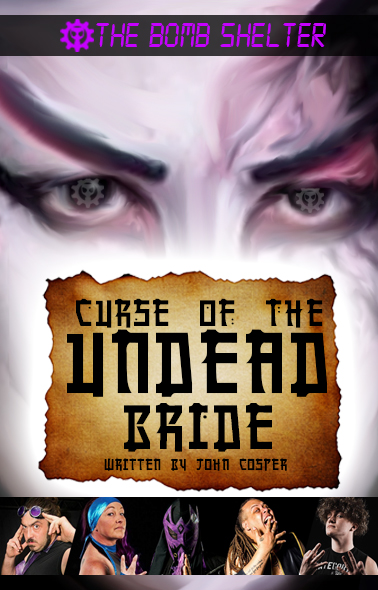 previous writing, but wondered if he wanted to give science fiction a try. Having already published some non-wrestling titles in the genre, Cosper was eager to take on the challenge.

Currently there are two books available in the series. The first book, A Scattered Timeline, introduces readers to The Bomb Shelter faction and Schwartz’s ability to use his goggles to travel through time. The plot finds the trio having to rescue some of their fellow indy wrestlers after they are literally scattered through time by a villain called the Mysterious Conductor. The second book, Curse of the Undead Bride, finds the faction expanding to include indy wrestlers Satu Jinn and Corey Storm and this time squaring off against current Impact wrestler, Su Yung, who is the said bride in the book’s title.

“I think the most interesting part (of the writing process) was when I got to meet Su Yung in person at a Girl Fight show in Jeffersonville, Indiana,” revealed Cosper. “I wanted to ask her, ‘Do you have an origin story for Su Yung?’ She had never really explored it. She kind of had some ideas and things like that, so I gave her something I had kind of written out and said, ‘This is kind of what I see it being.’ She read it and said, ‘This is fantastic! Go ahead and go with it!’ We more or less went with the idea that I pitched her, but also kind of presented it in a way that’s been done in movies or comic books before. You know is it really the origin story or is it not? Is she making it up? Is there some sort of other explanation? Basically, it kind of leaves it up to the reader if you want to believe the story or not. I really kind of left that ambiguous in case she wanted to go back and explore it later on Impact or something else like that. It’s not canon, but it’s kind of part of the mystique of Su Yung.”

The books are all fun, though sometimes the plots are rushed and far-fetched. Readers should just agree to turn off the logical parts of their brains and enjoy the ride. The books are humorous and inventive especially when it comes to the time periods/moments in history that our heroes end up visiting. Other highlights including cameos by Captain Hook (yes from Peter Pan), the notorious Bonnie and Clyde and a deliciously, grumpy minotaur. There’s also a fun, ongoing storyline about classic television shows that are impacted by changes in the timeline. Younger readers might not get all the wrestling and pop culture references, but my advice is to just consider it a parenting win because when they have to seek out Google, you can consider it an educational exercise in research and acquiring knowledge!

“The reactions have been positive,” commented Cosper. “The folks that are in the book are thrilled! They love seeing themselves in the book and when we announced we were doing a second one, we had a whole bunch of people coming up to us and saying, ‘I want to be in it!'” 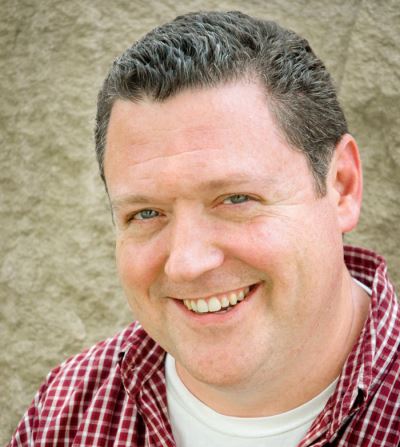 Having aforementioned Cosper’s great deal of respect and admiration for the history of professional wrestling, he also purposely included cameos from late wrestling legends including Ed “Strangler” Lewis, Mildred Burke and Lou Thesz in the story.

“It was something that I did to clue people in to the history of wrestling,” explained Cosper. “When you drop a name like Lou Thesz or Lord Carlton or even Danny McShane, these are names that people don’t necessarily know and maybe they will go and find out more about them. I tried to use people that I’m particularly interested in, people that I’m exploring. I’d love to do a book about Danny McShane. I’d love to do one on Wee Willie Davis. I’ve written books on Lord Carlton and The Black Panther Jim Mitchell. But really, it’s to pay tribute to those folks and hopefully to point some of the readers, maybe this is their gateway into going back and learning more about the past and learning more about these former champions.”

Cosper hopes that readers just “enjoy” the books and if the response is good, he and Schwartz have plenty of ideas for more books in the series.

“I will tell you this, The Bomb Shelter, they are innovators when it comes to the gimmick table,” concluded Cosper. “They were the first to have a comic book on their table. Joseph has time traveler goggles that he carries around, they sold those. They have an energy drink that they were selling for a while. They are just super creative, very talented. They are two veteran wrestlers (Schwartz and West) who have never really gotten their due, never got their shot at the big time, but can hold their own against anybody. If you’ve never seen them wrestle, Joseph and Randi are just fantastic! They are a great intergender team. This all really stems from Joseph’s idea, his thinking outside the box and wanting to do something different. They created the characters and they built the sandbox. And I got to go in and play in it twice now and I’ve had a great time.”