Author explores the world’s love of Dwayne ‘The Rock’ Johnson

It all started with a Tweet. In April of 2018, Dean pitched a story to an editor whom he was working with at Geek.com, about things he wanted to watch The Great One fight in his next movie. After getting the green light, Dean wrote the piece and to his astonishment, it ended up being shared by Johnson on Twitter. 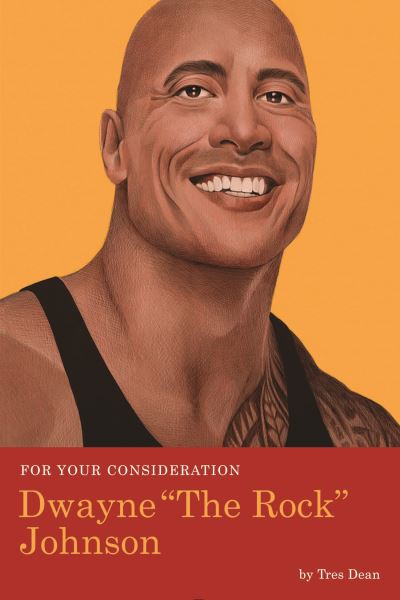 “I’m a longtime fan of his (Johnson) and love writing about him so I started to think about what I would do if given the chance to write a book about The Rock,” expressed the 27-year-old Dean, who has worked mainly as a freelance writer and currently resides in New York, in an interview with SLAM! Wrestling. “A few weeks later I saw my friend Ivy (who was working for Quirk Books at the time) at a publishing event and asked if she knew who might be interested in a book of essays about The Rock. She said Quirk might and I figured I would revisit that in a year or two when I felt better equipped to write it. As it turns out, an editor there named Jhanteigh Kupihea brought up the idea of a book about The Rock at a meeting a few weeks later and Ivy put us in touch. We spent a few months figuring out what the book should be and eventually created a pitch for a full series called For Your Consideration in which different writers could craft books of essays about celebrities they love.”

Dean got the offer to write his dream book on Halloween of 2018. With the approaching holiday season and a tight deadline, he says he had about two months to complete the book. His research involved evoking his plethora of Johnson knowledge, reading Johnson’s partly in-character autobiography — The Rock Says (2000) — and watching and re-watching Johnson’s films. For the record Dean’s favorite film in Johnson’s catalogue is Fast Five, and his least favorite is The Tooth Fairy.

While Johnson is not officially involved in the book, Dean says the superstar has given his blessing, again via Twitter, congratulating Dean when the book was announced on social media.

“He’s aware of it in a way that he’s told people they should read it and it means a lot,” commented Dean, who doesn’t want to make it sound like the two are best friends, even though Johnson remarked that he sees a Pulitzer Prize in Dean’s future. “When I wrote it, honestly, I wanted him to read it and for him to like it and I also think that when you are doing cultural writing, there’s an extent to which you shouldn’t worry about what your subject thinks. But I do. I think so highly of that dude and he was the only person whose approval mattered to me when I was writing it. It does mean a lot.”

The resulting book is a fun, quick read with heaping amounts of wit, humor and Johnson trivia. And while there is some silliness, it is obvious that Dean has put a tremendous amount of thought into his prose. The essays can get unexpectedly deep and thought provoking in particular the final two entries: “Our Main Event: Dwayne Johnson vs. The Rock” and “Blood, Sweat, Respect: Dwayne “The Rock ” Johnson and the American Dream.”

There are also some fun sections to break up the essays including acting roles Johnson almost partook in (I still can’t believe he was Tim Burton’s first choice for the role of Willy Wonka in the Charlie and the Chocolate Factory remake!) and a quiz on which of Johnson’s cinematic characters should take you to the prom. For those dying to know, this reader apparently should have attended her high school graduation with The Scorpion King. Even if you consider yourself already an expert on Johnson, you are guaranteed to learn something new and “electrifying ” about him. (I couldn’t resist!)

Dean admitted he has not yet had the opportunity to interview Johnson. If the opportunity does arise, along with requesting that the two hang out, he would also have some good-natured career advice for Johnson.

“(I would have him) work with more auteurs and directors with strong styles and voices,” revealed Dean, who also feels Johnson should limit his blockbusters to once a year. “He habitually works with journeyman directors these days; I think because as a producer on most of his films he likes to have a lot of control over the finished product. But he’s always done his best work in films like Moana, Pain & Gain and Fast Five, instances in which he let himself disappear into a role and surrendered to what a director needed from him. I think people will get tired of ‘The Rock Show’ soon if he doesn’t make an effort to mix things up and I think that’s the best way to stop his appeal from growing stagnant.” 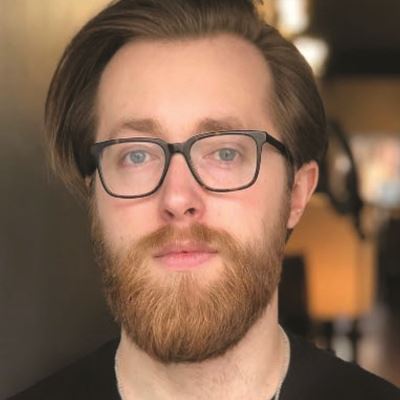 As for Johnson’s involvement in wrestling, Dean admits he is currently “a slightly-lapsed wrestling fan ” but he’s “never popped harder than I do the second The Rock’s entrance music hits.”

He adamantly feels Johnson should not return to the squared circle on a full-time basis. “A guest appearance here and there is fun and the perfect way to remind people how great he is on the mic,” offered Dean. “But if his last run taught us anything, it’s that there’s absolutely too much of a good thing. Just show up, get the pop and find a way to put the new guys over. And get Buddy Murphy cast in the next Fast & Furious movie!”

Getting back to Dean’s initial quest to decipher why so many people love Johnson: While the author comes up with many reasons in the book, there is one particularly insightful and honest section near the book’s end that summarizes not only the admiration for Johnson the celebrity, but also Johnson the man.”The Rock is an iconic example of achieving the American Dream because he defies the traditional definition of that dream,” wrote Dean. “Half-black, half-Pacific Islander kids who face the socioeconomic disadvantages experienced by both races aren’t supposed to grow up to star in billion-dollar franchises or win the WWF (now WWE) championship. He’s an anomaly, a contradiction of what is believed possible of lower-class citizens in the U.S. In defying the norm, The Rock exposes the norm’s imperfections and injustices. His success dares fans to fix the broken system he beat. No wonder people want him to run for president.”