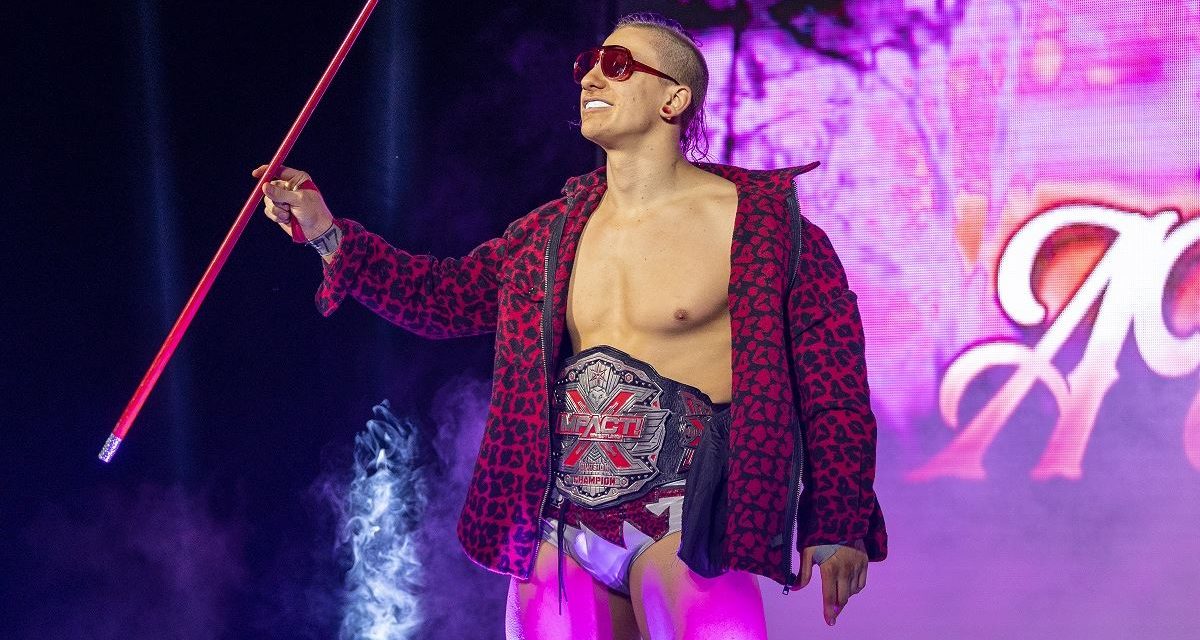 Professional wrestling is in a boom period. Every day of the week a distinct show is being presented through either a major television network or an internet production. We’ve got the long-established WWE Monday Night Raw, Wednesday’s war between NXT and AEW, Fridays are now for WWE Smackdown. And, starting tonight, Tuesdays are for IMPACT Wrestling on AXS TV.

IMPACT’s parent company, Anthem Sports, recently bought a majority stake in AXS TV, which in turn gave the wrestling promotion a much larger platform to be showcased on. Their pre-taped debut in Windsor, Ontario, this past weekend introduced a clean, new setup to accommodate its new home on AXS. Before the show, I asked the X-Division Champion Ace Austin for his thoughts on IMPACT’s new home on Tuesdays.

“It’s an incredible move. I’ve been with the company for less than a year now and for the stakes to be getting higher so quickly, it’s great for me. It’s great business for me personally,” said Austin.

But IMPACT doesn’t exclusively run shows for the AXS network, it also streams on Twitch. These shows usually run in tandem with smaller promotions, which exposes viewers to a new crop of local talent. In fact, it’s where Ace Austin began his rise to success. The Ace Austin character was presented as a conceited illusionist with inspiration accredited to…

“That came about because I’m a superstar now. And girls like superstars. And I like girls… a lot,” Austin told me.

Austin’s character development is a testament of IMPACT’s willingness to push boundaries. It can be seen through the intergender matches of Tessa Blanchard and her feud with Sami Callihan, the unique use of legends like Rob Van Dam and Ken Shamrock, or the many eccentric backstage promos and videos. This authentic presentation most certainly comes from the minds of Scott D’Amore, Don Callis, and Jimmy Jacobs — the head trio that has revamped the product over the last year. IMPACT’s ability to go beyond the ordinary gives them all the momentum heading into AXS TV.

Before the superstar, Ace Austin, went to take promotional photos, I asked one last question: “With the abundance of pro wrestling available today, what makes IMPACT Wrestling stand out?”

“Probably more than anything else… the team, you know? The backstage, the roster that we have, the production team that we have. It’s exactly where I wanted to be at this stage in my career. I had a choice in the matter. I had a lot of people knocking on my door, and Impact was the right place for me.”