Ever watched a movie sequel before the original? Or a storyline-driven TV series out of order? And then you wished you had done it the other way around, starting with the proper opening? That’s how I felt with two recently-released WWE biographically-based comics on Undertaker and AJ Styles.

Having read a number of the BOOM! Studios WWE graphic novels, often puzzling on what the point is trying to tell vibrant, action-filled wrestling stories on static pages, I went into two original ones with high hopes since, on paper, telling the story of a wrestler from start to current stardom would seem to fit the medium better than hokey goofiness.

The two I read were WWE: The Phenomenal One, about AJ Styles, written by Dennis Hopeless, and illustrated by Serg Acuna and Kendall Goode, and WWE Original Graphic Novel: Undertaker Rise of the Deadman, by Chad Dundas, and illustrated by Rodrigo Lorenzo and Wesllei Manoel.

Unfortunately, I read them in that order. 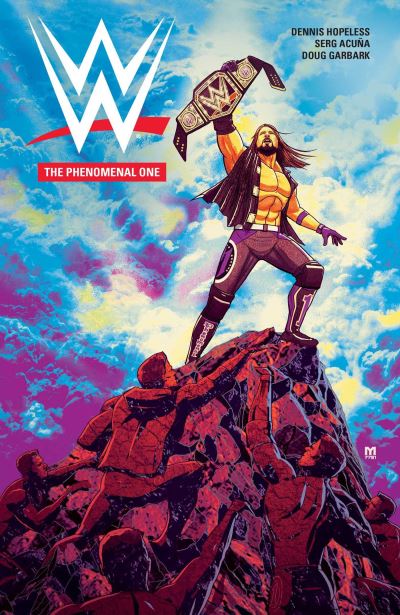 The Styles one was loosely biographical, following him from the indy scene to the final days of WCW (which is named) and into TNA and New Japan Pro Wrestling (promotions which are not named). We feel for Styles (though not Allan Jones, his real name never coming up), and are along for the ride as his confidence carries him into a WWE debut at the Royal Rumble in 2016, never spending time in WWE developmental or NXT as had been requested.

From there, some of the storylines he was a part of in WWE are detailed, played more or less as if they were real, which was a small change in tone in a way — but it worked well enough. Since his family were a part of the Samoa Joe saga in WWE, they are in the comic too, but never named and never fully illustrated. Legally, I get it; as a reader, it was strange … especially if it was supposed to be biographical.

The Styles graphic novel was enjoyable, as an overarching take on The Phenomenal One’s journey.

However, the WWE Original Graphic Novel: Undertaker, has a whole different take on what a biography is, and sticks strictly to storyline. So, there’s no Mark Callous as failed basketball player moving into wrestling in Texas, and then into WCW as a Skyscraper. Instead, it’s two boys, Cain and Mark, growing up, and Cain loving fire. If you’ve been following the Kane and Undertaker saga through the years, you know the rest — Kane was thought to be dead; Paul Bearer raises Mark into a fighter, and into WWE as The Undertaker; Kane comes back, and they feud, make up, feud, parallel careers helping both men. 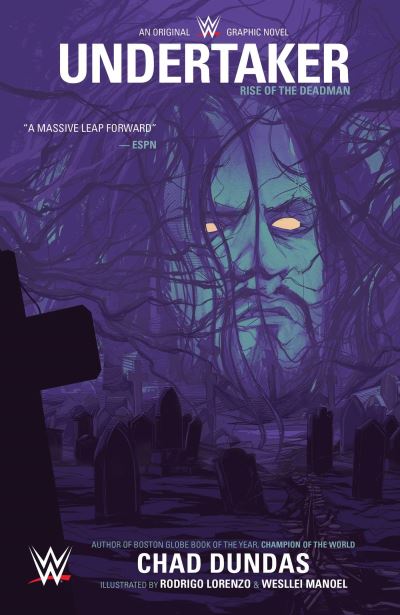 Having gone from the Styles comic, where his real struggles were explained, to the Undertaker one, with all its supernatural horror, was too much. I found myself skimming the ‘Taker one, appreciating the visuals, disappointed by what could have been.

What I won’t complain about is the artwork. Both are top-notch, and the images leap off the page like a frog splash in WWE: The Phenomenal One and the muted colours keep the Undertaker moody and spooky.

With the comic book world full of so many compelling characters, super-powered or not, I continue to find WWE’s desire to be in comics puzzling. BOOM! Studios recently announced that its main WWE title ended its run after 25 issues, and it would concentrate on more books like the two I wrote about.

That’s probably a good thing, assuming they can stay true.