Leon “The Wrestling Pro” Baxter, who died on August 15, was one of those oldtimers who took control of his post-wrestling career narrative, and laid it all out there on an autobiographical website.

In a business full of hustlers and wannabes, his site, formerly located at wrestlingpro.8m.com beginning in 2004, was straightforward, offering up a summary of his in-ring career, a list of titles that he held, and some photos. 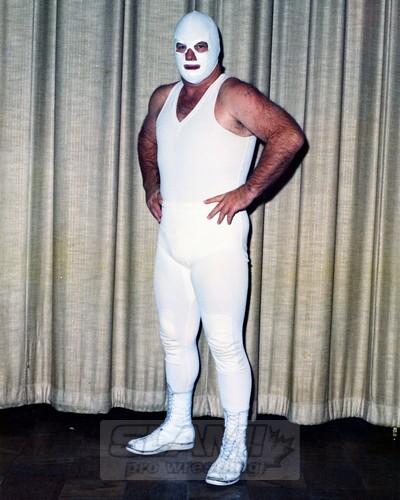 What it didn’t do was offer up many opinions, nor much on his other careers, including 22 years serving in the Houston County Sheriff’s Department in Dothan, Alabama, rising to Sargent. Following his retirement in 1999, Baxter was employed on a part-time basis at Dothan Livestock, where he worked with the cows. His official obituary made special mention of his time there, noting that he often said, “I would do it for free, they don’t even have to pay me for it.”

Baxter was born on June 4, 1938, in Donaldsonville, Georgia, and grew up in Malone, Florida. He served in the United States Navy, and was an accomplished boxer while in the service.

But it was professional wrestling that he was destined for, even if his greatest successes came under a mask.

He began his career as Tarzan Baxter, working in the southern U.S. He had particular success in Leroy McGuirk’s Tri-State Wrestling promotion, battling for the junior heavyweight title held by Danny Hodge.

Up next, Baxter worked under a mask, teaming with Juan Sebastian as The Masked Gauchos, in the Carolinas and Georgia, and then unmasked as well. 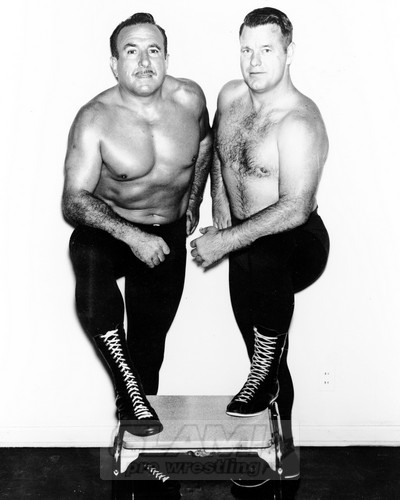 The mask work continued in the place where he became best known: The Gulf Coast territory based out of Mobile, Alabama. Baxter was the Wrestling Pro as 1970 arrived, and a year later, he teamed with Tim Tyler as the Masked Wrestling Pros (briefly managed by Joe Powell in one part of the territory). Baxter kept his mask on, as the Wrestling Pro — though his distinctive voice essentially meant that everyone knew who was under the mask.

But not everyone. A young Bill Moody, later a manager as Percy Pringle III and Paul Bearer, was a fan in Mobile, and the Wrestling Pro was his favourite heel, whoever he was.

Moody, who died in 2013, recalled his fandom on his website, percypringle.com: “I tried my best to catch him without his famous hood, but never succeeded. Believe it or not, I used to sit in front of the wrestling office for hours waiting for him to go in or out. I also spent many Tuesday afternoons, in my car on the side of Interstate-10, just praying that he would pass by on the way to the Mobile matches. I even gathered a group of fans together and made the trip over to Pensacola to the weekly WEAR-TV studio wrestling tapings. We were “The Wrestling Pro Fan Club,” and even held up our homemade signs to prove it.”

Years later, Moody was able to share the stories with Baxter, but never stopped being a wide-eyed fan. “I am still intimidated by his presence at our annual Gulf Coast Wrestling Reunion,” wrote Moody. 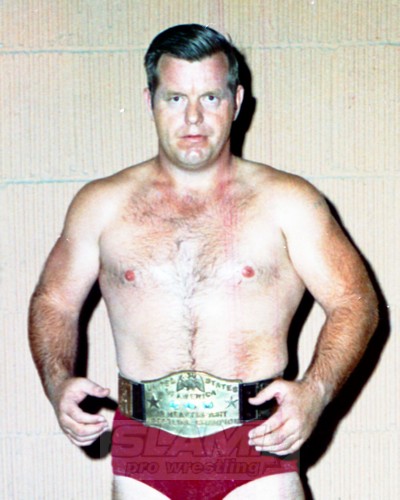 Teaming with “The California Hippie” Mike Boyette, Baxter captured the Gulf Coast version of the NWA United States tag team championships on two occasions, until turning on Boyette. He later held the same titles with The Mysterious Medic. On three occasions he was Gulf Coast tag team champion, once with The Mighty Yankee, once with Duke Miller, and once with The Wrestling Pro #2 (Gordon Nelson … not to be confused with his nephew, Joe Roberts, who was also Pro #2 in 1974, and, the original #2, Tim Tyler).

As a singles wrestler, the Wrestling Pro was Gulf Coast heavyweight champ numerous times, and held the state titles in Alabama and Mississippi.

Towards the end of his in-ring career, Baxter worked for Fuller’s promotion, which had taken over the Gulf Coast territory.

“The Pro wrestled occasionally putting over wrestlers like Austin Idol and the man who would eventually become Hulk Hogan. He started teaming with another masked wrestler who called himself The Super Pro who turned on Baxter, lost to him in a mask vs. mask match,” Baxter wrote on his website, writing in the third person. “The Super Pro was revealed to be Randy Rose who would later form The Original Midnight Express with Dennis Condrey and Norvell Austin. Leon Baxter pretty much retired after this, but he made an appearance at The Continental Reunion show earlier this year where he finally took off the mask, it was one of the highest selling shows they had in 2004.”

In an obituary on the Dothan Eagle newspaper, TV commentator Charlie Platt recalled Baxter to reporter Jon Johnson, along with former NWA World champion Harley Race, who died on August 2.

“There are folks at national places that will disagree with me, but I’ll say this, I have seen two friends die in the month of August and I would rank them as the No. 1 and No. 2 toughest men that ever got in the wrestling ring,” Platt said. “Those two could back up anything you saw, and more. He (Baxter) was a master of his craft. When they were breaking him in down here, they were doing a challenge that if you could pin the man within 10 minutes, you would get $1,000. Of course, nobody ever did. He was that tough.”

Baxter died on August 15, 2019, at the age of 81. There was no funeral service, at his request. Survivors include his wife, Sara Baxter; his son, David (Robin) Baxter; his daughter, Leona (Rex) Howard; his three grandchildren; his sister in law, Pearl Baxter; and several nieces and nephews.