Growing up I can still visualize my brother and I sitting in front of the TV endlessly watching Maple Leaf Wrestling and being captivated by what we saw on the screen. Full disclosure, growing up in Southern Ontario in the mid-1980s meant that most of what we saw was WWF wrestling and all that went with it. As a result some of my foremost memories center around the storylines of the time, the rise of Hulkamania, the Rock-n-Wrestling connection, Piper’s Pit, all of which led to the first WrestleMania. 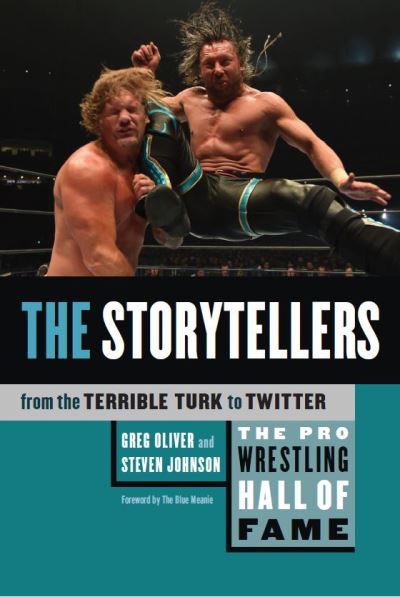 Like most kids of our generation we ate it all up. We bought the action figures, rented the Coliseum Videos, wore the T-shirts, tacked the posters to our bedroom walls and all the while pretending to be those we watched on the screen.

To say that professional wrestling was a significant part of our childhood would be putting it mildly but amidst all of the action and the larger than life characters what we grew to appreciate in time was the critical role that storytelling played in the entire production.

Our first sense that perhaps there was something more to this whole wrestling thing as we knew it was when we started buying magazines such as Pro Wrestling Illustrated, The Wrestler and Inside Wrestling to name but a few. They really opened our eyes. After all who knew that Vince McMahon was anything other than the lead announcer on Saturday Night’s Main Event? And who were all these guys on the covers like Ric Flair, Dusty Rhodes, the Road Warriors, the Von Erichs? For those of us who couldn’t get enough wrestling it seemed that there was so much more out there, so much happening.

Reading The Pro Wrestling Hall of Fame: The Storytellers (From the Terrible Turk to Twitter) I couldn’t help but get that old feeling back. That sense of discovering stories and angles that I had previously missed out on were all brought back to the forefront thanks to the expertise of authors Greg Oliver and Steven Johnson, each of whom are old hands at this subject.

Now before going any further I should also disclose that despite my mid-1980s WWF introduction into the business I’ve always been fascinated by the territorial days of the industry, right before the WWF expansion and maybe that’s because we didn’t get a chance to experience it. By the time that we got to see the AWA and Stampede Wrestling in the later part of the 1980s in Canada they were already in decline. The NWA remained out of reach until Ted Turner bought the company and renamed it WCW and as for popular regional promotions like Mid-South and World Class they remained a part of our magazines only. We actually never saw their programming. Of course the WWF behemoth of the day devoured many of these promotions and when we finally got to see Flair, Dusty, the Road Warriors and Kerry Von Erich it was only in the WWF.

Part of what makes this particular series of books so enjoyable and such a pleasure to read is rediscovering professional wrestling’s past, in particular, the non-WWF (now WWE) history of the business.

Such is the appeal of the book and the stories contained within that picking out merely a few to mention is tough to narrow. There’s the story of the “promotion” behind the Dick the Bruiser/Alex Karras bout at the Detroit Olympia in 1963, where the lead-up to the match was arguably much more interesting than the actual match itself. The profile of Jim Barnett, who seemingly found himself at the center, if not the creation of many of wrestling’s most pivotal moments in the latter half of the twentieth century, and the intertwined story of Johnny Powers, the Winston-Salem Polar Twins of the Southern Hockey League and the ahead of its time, yet doomed, IWA.

But perhaps my favourite story in the book is the exploration of the professional wrestling career of Dr. Sam Sheppard.

In short, Sheppard a respected neurosurgeon from Cleveland, and from all outward appearances a pillar of his community, was convicted of the 1954 murder of his wife only to be exonerated of the crime in 1966. The case which eventually reached the U.S. Supreme Court was a public sensation from the very beginning and received extensive media coverage and provided the premise for the popular television show The Fugitive. After his acquittal, Sheppard, who had always professed his innocence, cashed in on his infamy with a memoir and an appearance on The Tonight Show with Johnny Carson.

But what the authors describe in fine detail (which I will leave for you to read) is Sheppard’s brief foray into professional wrestling which lasted all of about ten months and 40 matches (before his untimely passing in April 1970). It was a stint that saw him draw some good sized crowds and develop a new finishing hold known as the “Mandible Claw,” notably brought back by Mick Foley in the WWE’s Attitude Era of the late 1990s and now by The Fiend.

Perhaps an even sadder tale and definitely a more horrific one, surrounds Dr. Beach, a name forgotten in the minds of many fans today, in a role largely absent from today’s wrestling landscape (the jobber) but whose story reveals not only a sadder side of the business but definitely a more sadistic one.

And perhaps that’s what makes this book and the whole series in general such a great read. Oliver and Johnson don’t glamorize wrestling history, instead — to borrow an often-used phrase — they “tell it like it is.”

In this volume, they detail the evolution of the “creative side of the business.” Littered with unforgettable characters and memorable moments, Oliver and Johnson have crafted a history of the support system of the industry that gives us all a precious peek behind the curtain, one that many of us have been searching for ever since we first started watching it on our television from our living room floor.