Kenny Omega’s controversial comments about the WWE and its Super ShowDown show aren’t sitting well with some Saudi wrestling fans while others are throwing their support behind The Best Bout Machine.

In a June 19th Twitter posting that has since been deleted, Omega Tweeted: “If lining your pockets with blood money is okay, then what’s wrong with trying to undermine a charity show for victims of gun violence? I hear that healthy competition is supposed to be a good thing and yet I cannot help but to feel like I’m going to be sick.”

The comment about “undermining” refers to the WWE’s recent decision to stream the Evolve 131 event on the WWE Network at the same time as AEW will air the Fight for the Fallen charity show on July 13th.

All of Fight for the Fallen’s proceeds are to be donated to victims of gun violence.

In a Tweet on June 27th, Omega once again addressed the issue.

“I’ve said my piece and it opened the door to a very toxic environment. It wasn’t a message to fans, or the boys, just the decision makers. I wish everyone wrestling on any show that day all the best. That is all,” he wrote.

Some of the responses to Omega were critical of his statement.

“You just lost a lot of fans in Saudi congrats,” wrote @Soooodyy.

“Very naive. If Saudi offered AEW such a deal (which it never will now), you’d have been there instantly,” wrote @TheSteveDay.

“I don’t get the issue. AEWs show is streaming for free and now people can see Evolve on the WWE Network. It’s not like they booked the same arena or town you were in. They will still be able to watch them both. This isn’t the 90s when you had to choose. I’ll be watching both,” stated @LRTKH. 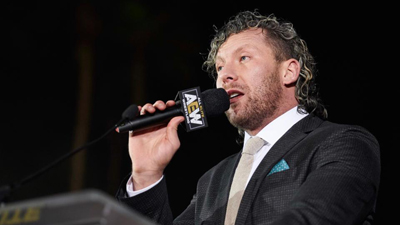 “Y’all want to compete with WWE, this is what it’s like. They are going to thwart you. This is war. Gloves are off. You can’t pick and choose “when” you want to compete. All you can do is march on, balls to the wall, and put on the better show. Good luck,” they Tweeted.

Many fans came to Omega’s defence for speaking his mind.

“@KennyOmegamanX bro you’re a breath of fresh air for this business. Thank you for your authenticity and willingness to show compassion. You’re a good soul,” wrote @SuperRican2.

“It was a valid point and it’s why so many of us look up to you and respect you. You have a heart. Never change, never back down,” Tweeted @VierraRayna.

AEW’s Fyter Fest pay-per-view airs this Saturday and will be available for free in Canada on BR Live. Those in Canada who create a free account on BR Live will be able to watch the event.